For the company's 20th-anniversary fund-raiser, illuminated spheres decked the grand hall at the Dorothy Chandler Pavilion—and lovely flowers added color to the gala.

Los Angeles Opera general director Plácido Domingo is a popular guy, so any performance populated by his many talented friends is going to be an opera lover's dream. For the company's 20th-anniversary fund-raiser, Domingo put together an eclectic program that included the death scene from Verdi's Othello and the ebullient party scene from Strauss's Die Fledermaus.
So Anne-Marie Bulawka, the opera's assistant director of development, special events, faced two extremes in choosing the scene that would inspire the postperformance dinner. Fortunately, the decision was easy. For the event Bulawka went with the Strauss scene, opting for champagne bubbles as a jumping-off point for the decor.


Suspended over the grand hall on the second floor of the Dorothy Chandler Pavilion were fireproof illuminated spheres of various sizes. Inside the spheres were fans, which kept the orbs inflated, and lightbulbs, some with gold-colored gels. Spectacular floral centerpieces—designed by Mark's Garden in concert with Mary Haley, chair of the special events committee of the L.A. Opera board, and opera staff—supplied the dominant note of color. Bouquets in shades of purple, gold, and rust—which included lilacs, hydrangea, tulips, hyacinth, Lady Slipper orchids, and pink, yellow, and burnt orange roses—were arranged in vessels of varying heights: a golden three-foot-high vase with a candlestick base and a gold-leaf tray topped with moss and several different small golden vases.

"The grand hall dictates a bit what color you can use since it's very green and gold," Bulawka said. "We tried to downplay the green and go with the gold and the brown tones and the more effervescent springlike champagne colors."

Images by Lighting projected slow-moving bubble gobos on the amber curtain behind the band while guests danced to standards until evening's end. 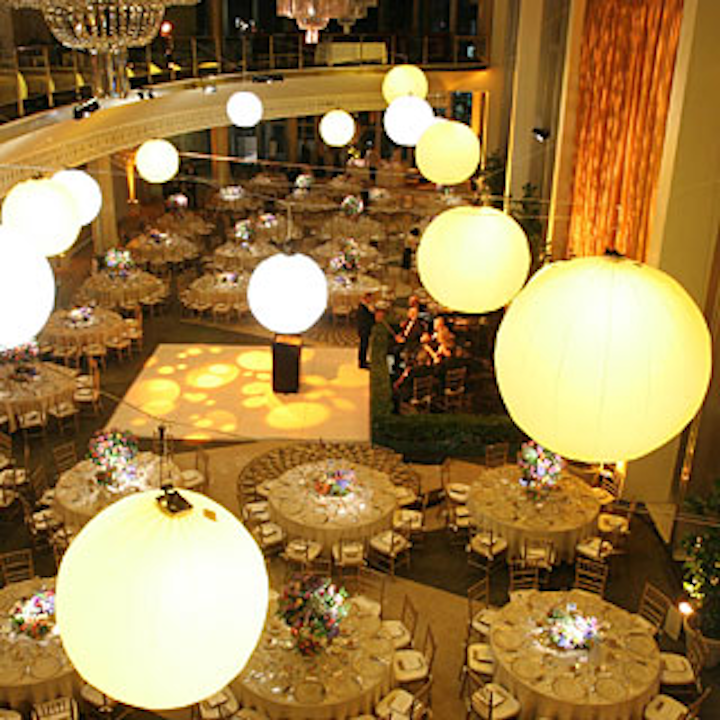 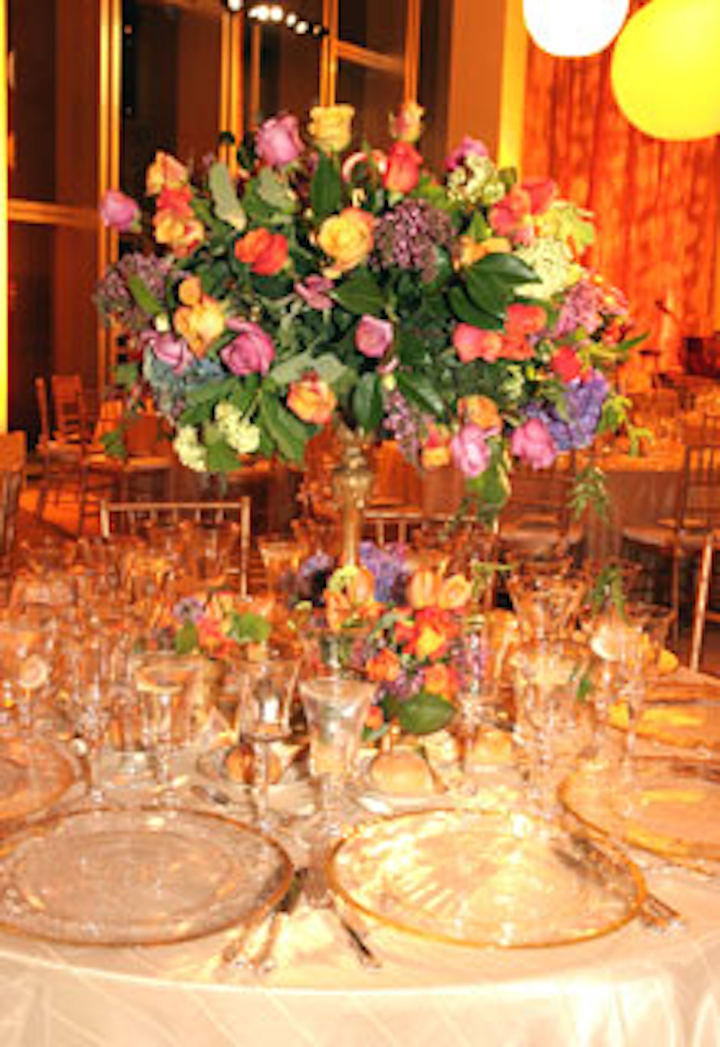 Flowers were arranged in vessels of varying heights, such as a golden three-foot-high vase with a candlestick base. 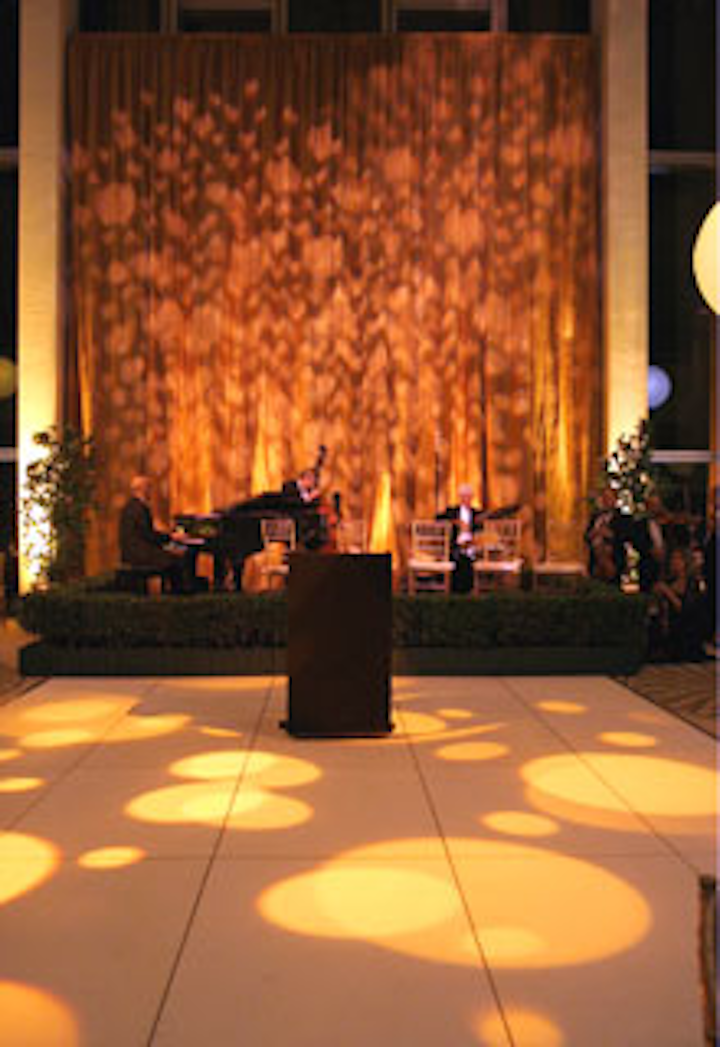 Images by Lighting projected slow-moving bubble gobos on an amber curtain behind the band while guests danced. 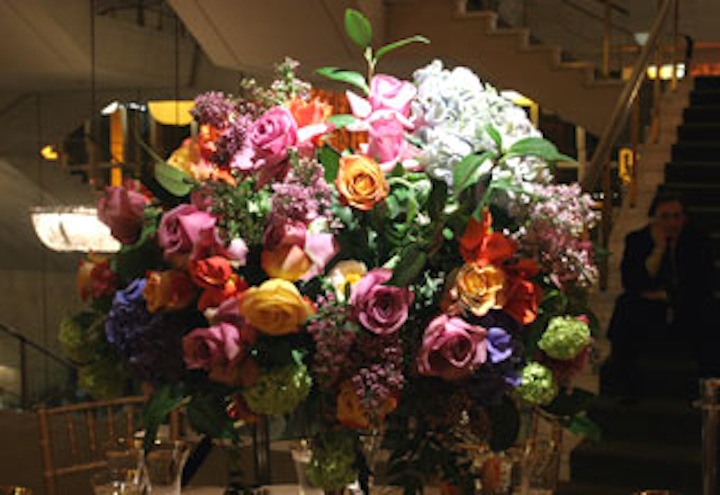