Delivered swag and care packages are an increasingly popular way to immerse attendees in your virtual event. Here are the coolest ideas we've spotted lately.

In the days of fully virtual events, the biggest challenge isn't learning new technology—it's finding ways to keep attendees feeling engaged and immersed from their own homes. To address this, many companies—from HBO to NASCAR to Jack in the Box—have begun sending physical swag boxes and care packages to enjoy during the event experience. Whether it's a hand-delivered three-course meal, or useful work-from-home tools for a business conference, or even a box of clues to solving a virtual murder mystery, here are 10 deliveries that made an impression. 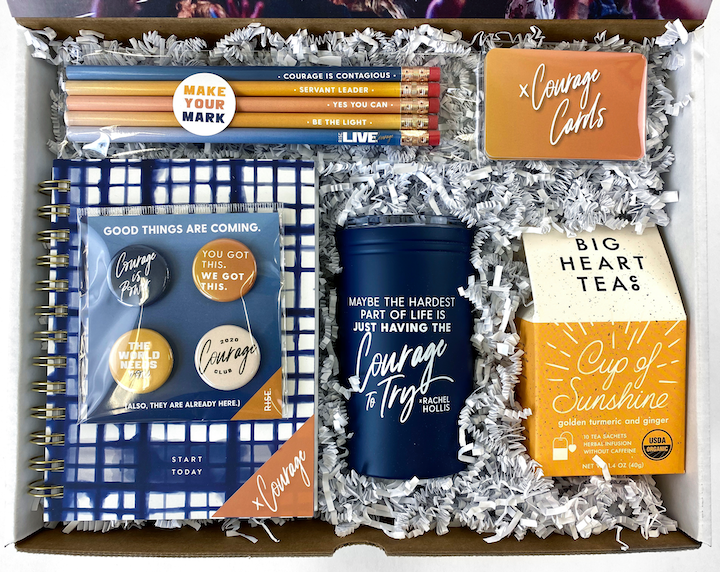 For a virtual conference hosted by author Rachel Hollis and The Hollis Co., Gifts for the Good Life created VIP mailers designed to encourage interaction and attendee excitement. The boxes were filled with branded swag that complemented the day-of programming, such as a tumbler that doubled as a can koozie, a pack of five custom pencils, four custom buttons, a set of “Courage Cards,” a journal, and a box of Big Heart Tea.
Photo: Courtesy of Gifts for the Good Life 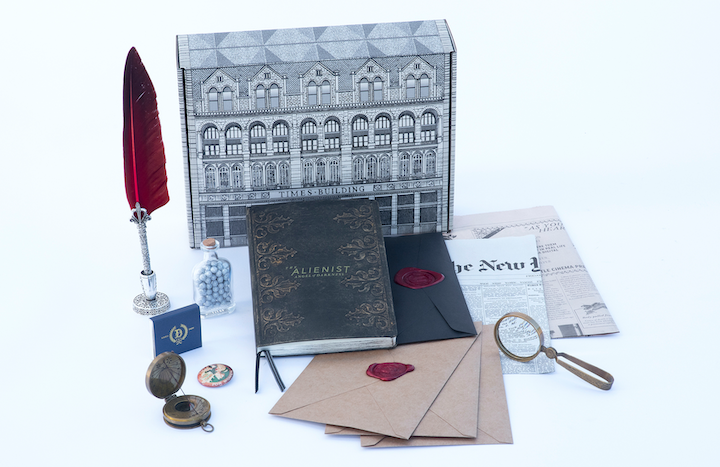 TNT pulled out all the stops for the premiere of The Alienist season two earlier this month. In addition to screening the first episode of the new season, the virtual event also featured an hourlong murder mystery-theme after-party, where attendees used a chat function to interact with live performers and gather clues. To help, attendees had been sent a swag box filed with a branded journal to track their findings, photo cards for each of the suspects, a magnifying glass, a calligraphy set, and other props that evoked the show such as a suffragette pin, a locket, and a matchbook. The box was created by Little Cinema, which also produced the virtual premiere.
Photo: Yannick Delva 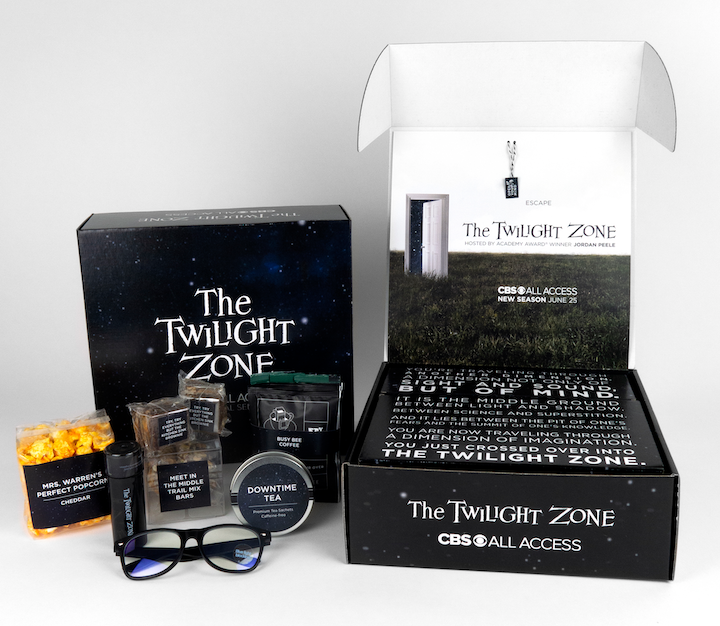 CBS All Access worked with Gifts for the Good Life to create interactive kits promoting the virtual premiere of The Twilight Zone. When the boxes were opened, the series theme song played via a light-activated sound chip. Inside, the lid of the box had a tag that said “open here”; when the panel was pulled down, it revealed a mirror that reflected a message printed in reverse. Inside the main box were two additional boxes, one containing a viewing kit and the other with snacks and treats themed to each episode. Since the mailer coincided with Black Lives Matter protests in June, CBS All Access modified the unboxing moment to include its statement and details on charitable efforts.
Photo: Courtesy of Gifts for the Good Life 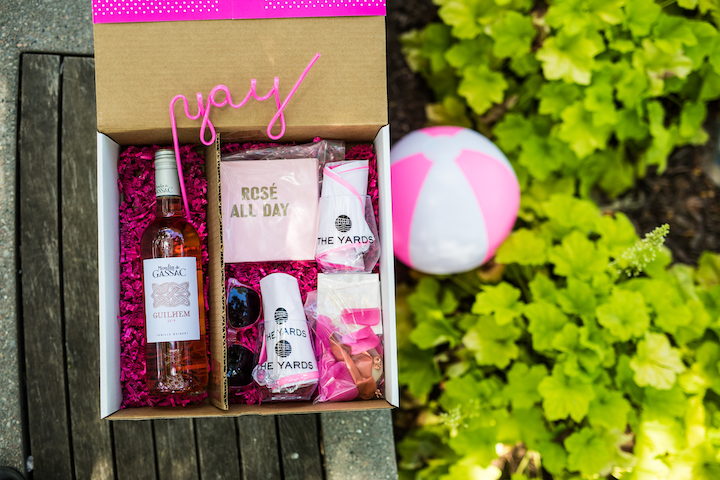 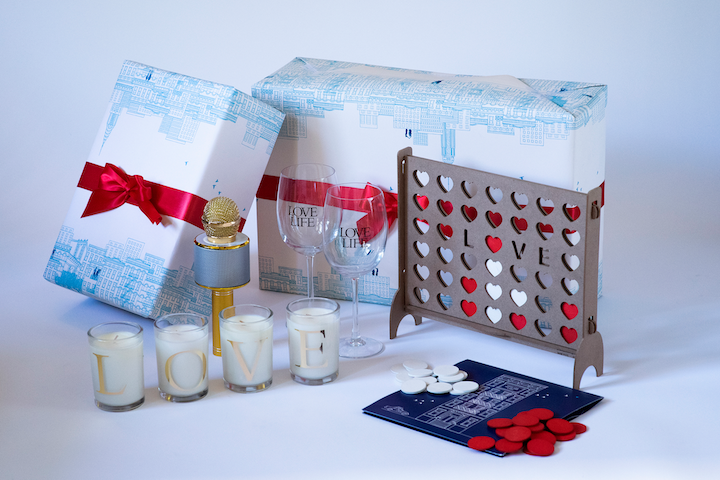 To accompany the virtual premiere of HBO Max’s new series Love Life in May, WarnerMedia delivered physical care packages to VIP attendees. The hand-delivered boxes featured everything needed for the perfect at-home date night: a three-course meal from local businesses (Mary Giuliani Catering for New York-based attendees, and Pizzeria Mozza for those in Los Angeles), plus a bottle of wine and a make-your-own Manhattan cocktail kit. The delivery also included branded wine glasses, candles, an on-theme game, and even a hand-held microphone to use during the after-party's livestreamed karaoke.
Photo: Yannick Delva 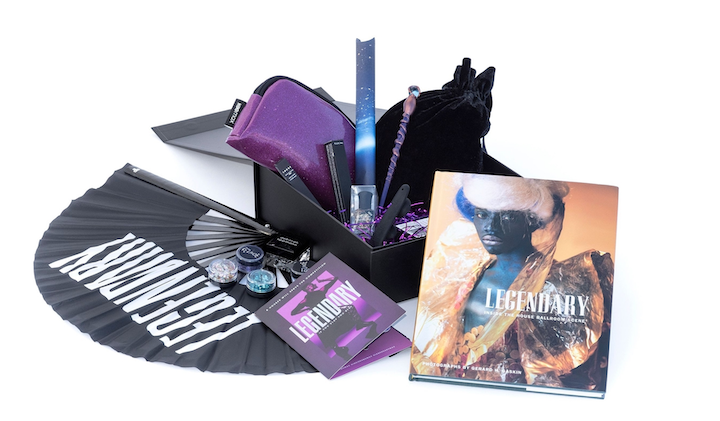 HBO Max also mailed out packages for the virtual premiere of its new underground ballroom dance competition series Legendary in May. The so-called “slay box” contained ball-inspired accessories such as a call phone stand to help record your moves, a judging card, and a branded fan, plus glittery nail polish and makeup and a coffee table book about the history of the ballroom scene. See more: How Hollywood Is Hosting Immersive Virtual Premiere Parties
Photo: Yannick Delva 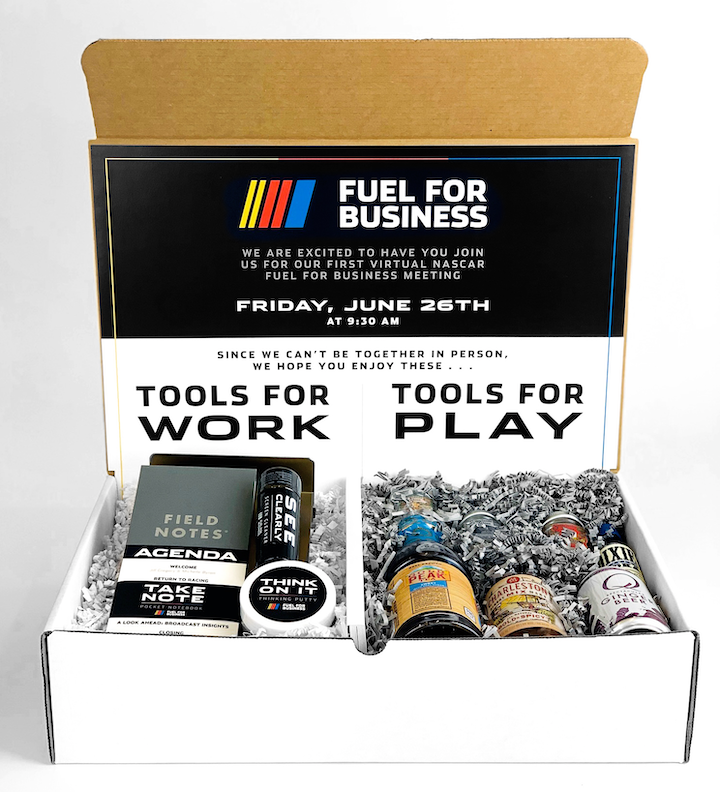 NASCAR worked with Gifts for the Good Life on a mailer to accompany the virtual version of its annual sponsors’ B-to-B conference in June. The box of gifts was separated into two sections: A "Tools for Work" side included a custom magnetic desk set complete with a conference agenda, field notes, thinking putty, and screen cleaner, while a "Tools for Play" side was a sponsored section of fun cocktail components.
Photo: Courtesy of Gifts for the Good Life 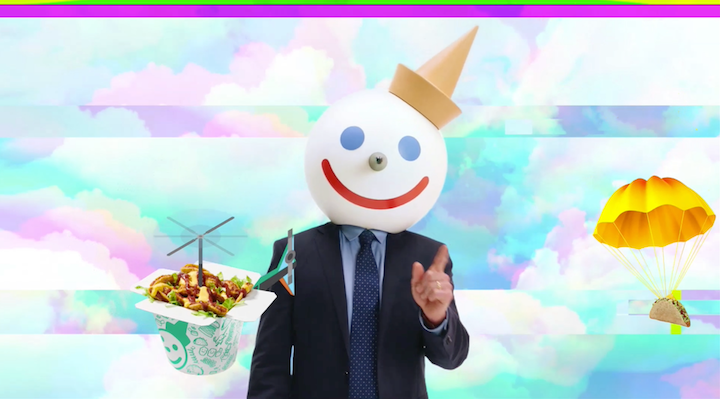 Before its virtual prom back in May, fast-food chain Jack in the Box sent attendees digital coupon codes for the night's sponsors—which included 1-800-Flowers, LULU’S, Black Tux, Higher Education Skincare, and UberEats—so they could get physical deliveries such as flowers, dresses and tuxedos, and other prom necessities. See more: See How Brands Are Using Virtual Proms to Engage Gen Z
Photo: Courtesy of Jack in the Box 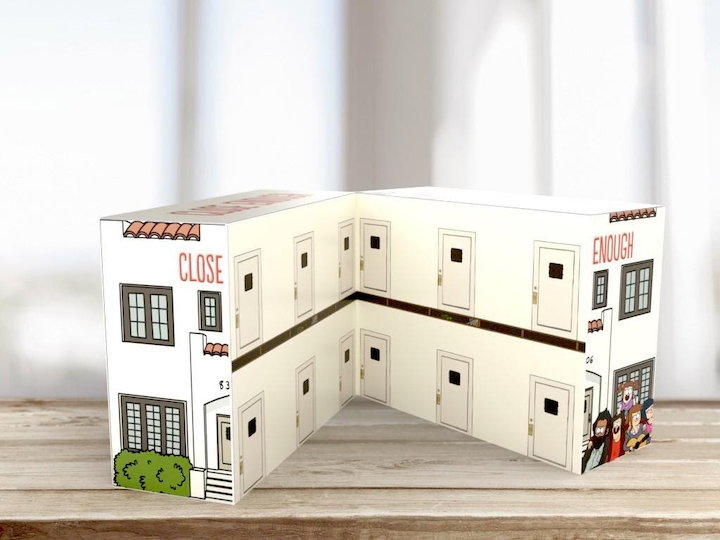 Ahead of the premiere of HBO Max’s animated comedy Close Enough, the network teamed up with marijuana delivery service Eaze and Sunderstorm’s Kanha on a collection of edibles inspired by characters on the show. In advance of the premiere, VIPs were sent a mailer filled with show-inspired items, along with a coupon towards the cannabis-infused gummies. Each item in the box featured a QR code that linked to specific scenes of the show, all designed to enhance the viewing experience.
Photo: Courtesy of Eaze 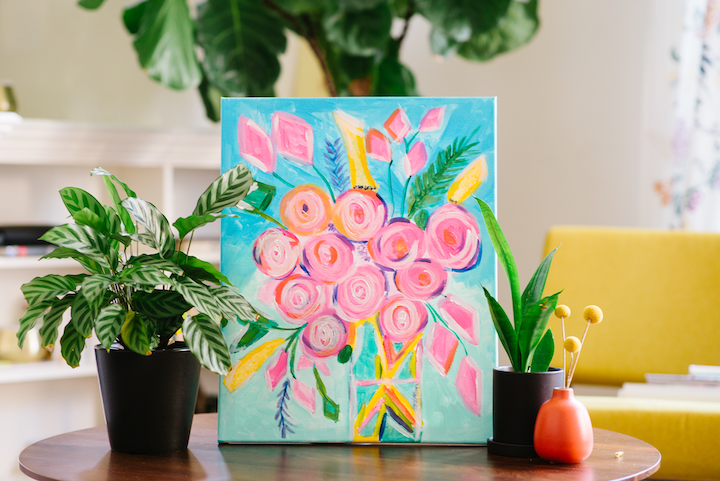 Glow Events in San Francisco has been hosting “virtual picnics” for corporate groups. The events are held on Zoom; typically, attendees are broken into individual rooms where they’ve preregistered for activities based on their interests. The activities—which are hosted by live instructors—range from cooking classes and wine tastings to lessons on flower arranging, painting, jewelry making, and other hands-on crafts. All necessary ingredients and supplies are mailed to participants in advance.
Photo: Courtesy of Glow Events
More in Gifts & Swag 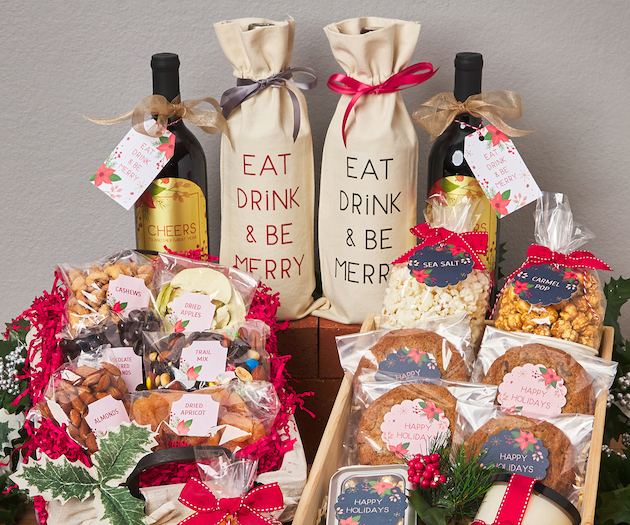 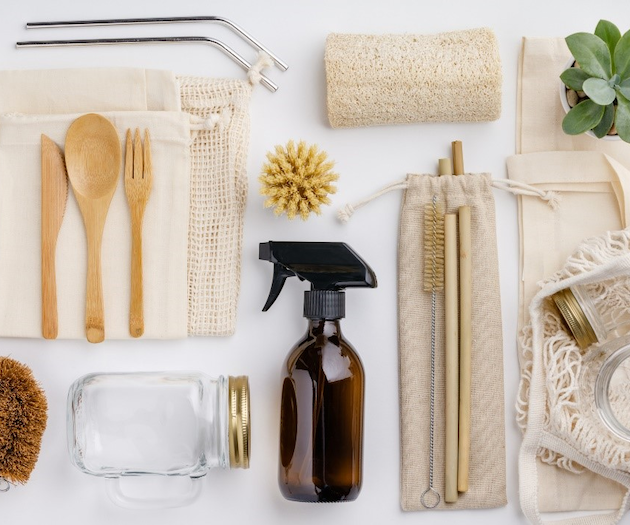 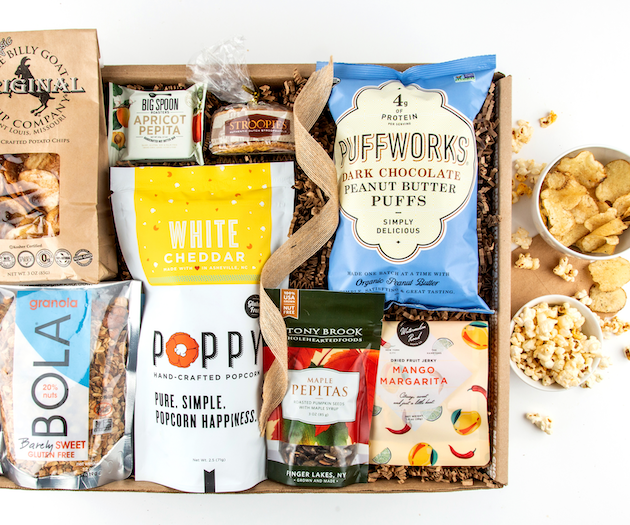 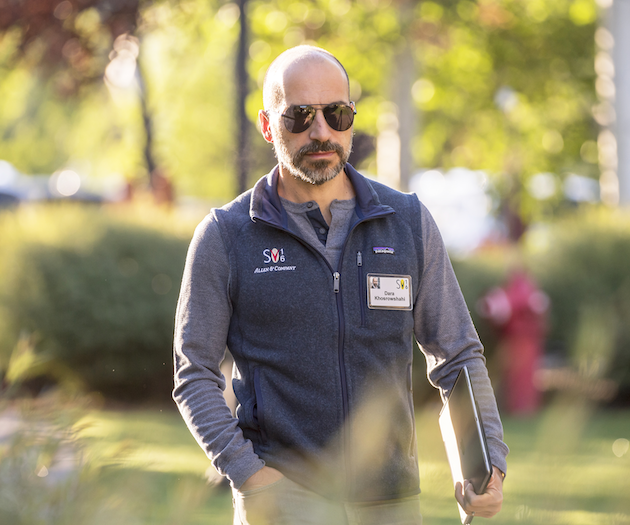 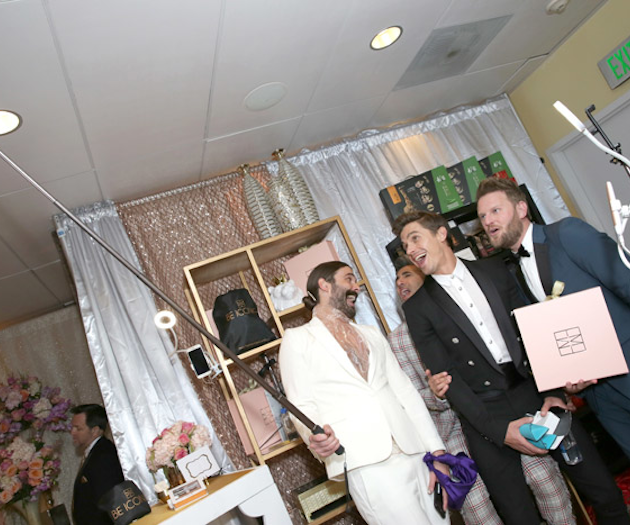 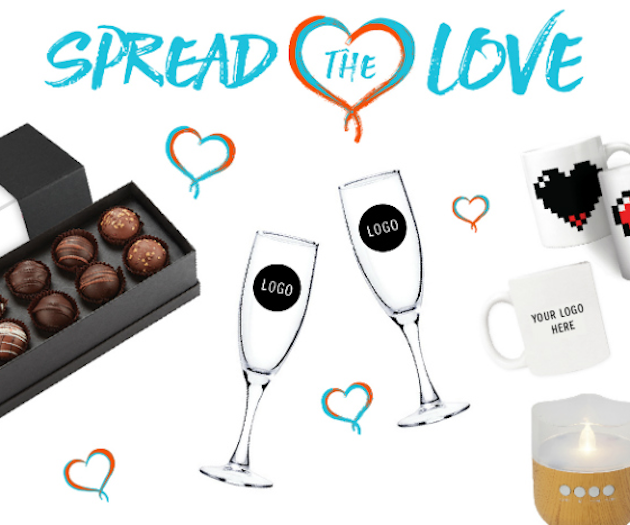