For the second stop in a worldwide tour celebrating the launch of Trump International Hotel & Tower Dubai, Donald Trump and real estate developer Nakheel channeled the new property as well as the Middle Eastern city.

It takes close to a day to get to Dubai from Los Angeles, so when it came time to celebrate the launch of the Trump International Hotel & Tower Dubai on Saturday night, Donald Trump and his business partner, real estate developer Nakheel, spared guests the journey and invited them instead to a more conveniently located fete on a three-and-a-half-acre estate in Bel Air. However, providing attendees with a feel for the new property and the city in which it is located was still important to the developers, who turned to Obscura Digital to create an environment that read a little more Middle East than West Coast. The event was the second stop in a world tour that began in New York and is scheduled to hit four additional stops, including London, before concluding in Dubai.

As guests walked along pathways and past stilt walkers—some of whom wore hats in the shape of the property—on the mansion’s massive grounds, they glimpsed a 60-foot-diameter dome structure. Inside, Obscura technicians had coated the dome with continually changing video scenes from Dubai, including vehicles racing down city streets, yachts sailing down the coast, and ground-level footage of the Trump International Hotel & Tower, so that those inside could feel as if they were standing underneath the property. “We were virtually transporting party guests, bringing Dubai to them through video technology,” said Obscura Digital C.E.O. Patrick Connolly. “The guests got to experience what it’s like to be there, but we didn’t have to fly 1,000 people to do the same thing.”

Next to the dome, guests could scrutinize an intricate model of the hotel—flown in from Dubai—complete with functioning elevators, as well as a one-hundreth scale model of the city. Blue lighting bathed the miniature models, as well as the estate's full-scale buildings. “We took our creative direction from the [hotel and tower] building itself,” said Obscura Digital’s Mia Choi, who acted as the event’s executive producer. “In terms of mood for the event, we definitely went with water and steel blues—things that represented the building as well as Dubai itself.”

In another notable nod to the Middle Eastern city, a floral creation in the shape of one of Dubai’s manmade islands floated atop the center of an outdoor pool. A map of Dubai that included the palm islands served as the backdrop to a stage erected on the Bel Air property’s tennis court, where Christina Aguilera performed a four-song set. Donald Trump lauded the R&B singer’s talents to the assembled crowd, and informed everyone that he had “been with her many times,” quickly following with, “not in a sexual way,” ensuring that the evening—now complete with a comment involving sex and celebrity—did after all mix some down-home L.A. material into the Dubai-centric evening. 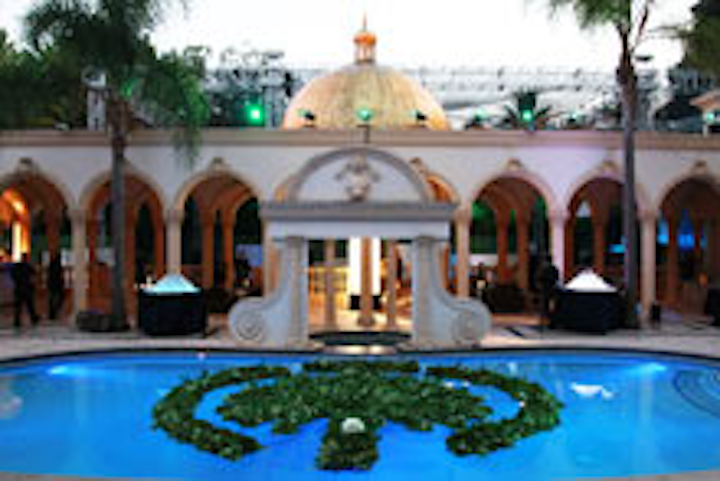 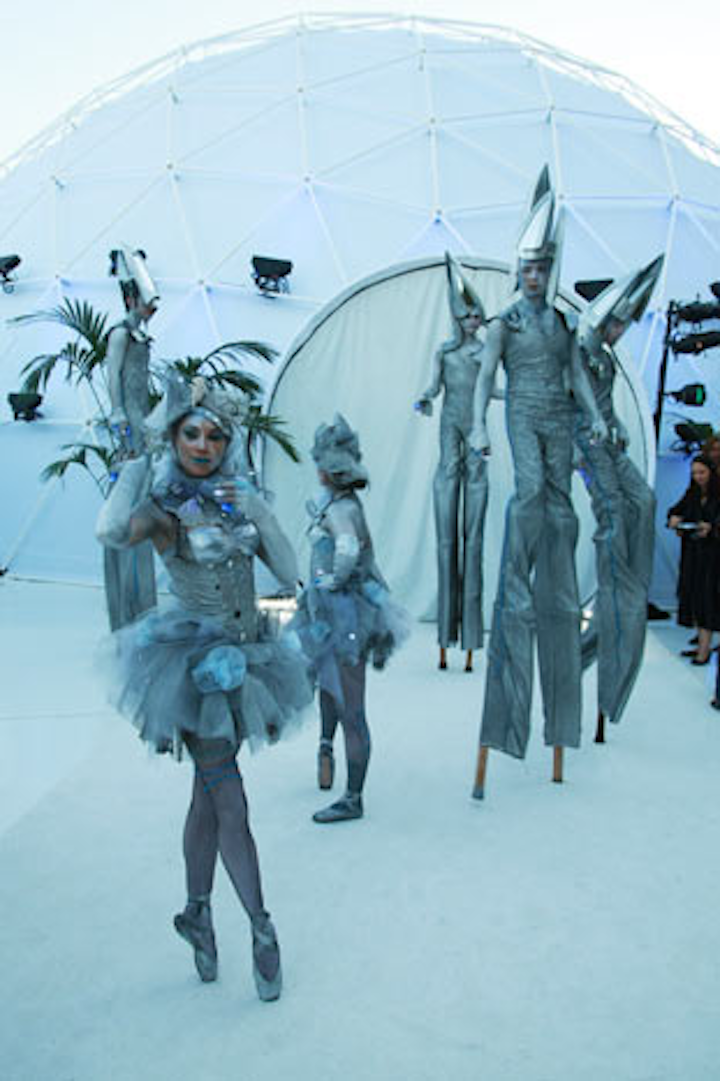 Stilt walkers and dancers dressed in silver hues greeted guests and circulated around the estate later in the evening.
Photo: Associated Press 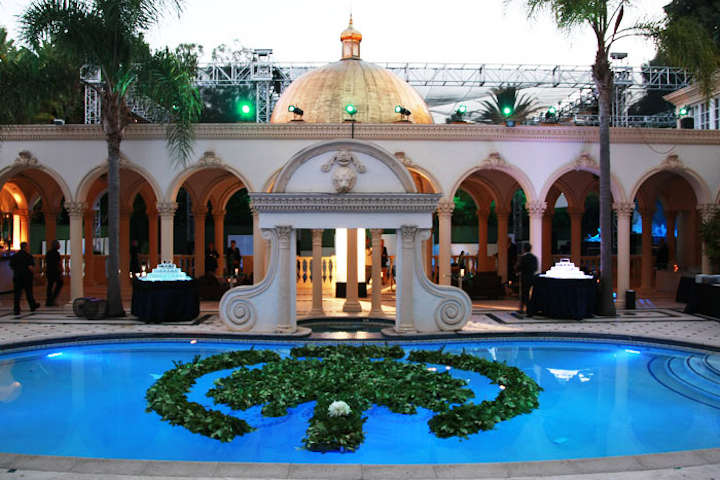 A floral piece in the shape of one of Dubai's manmade islands floated on the pool's surface.
Photo: Associated Press 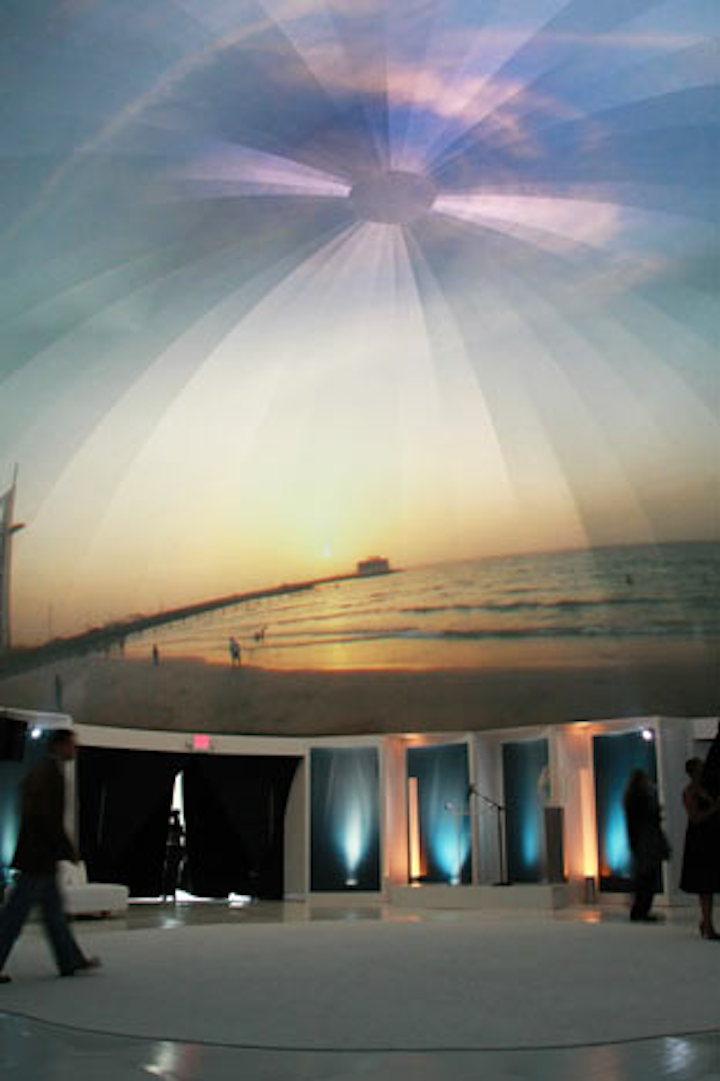 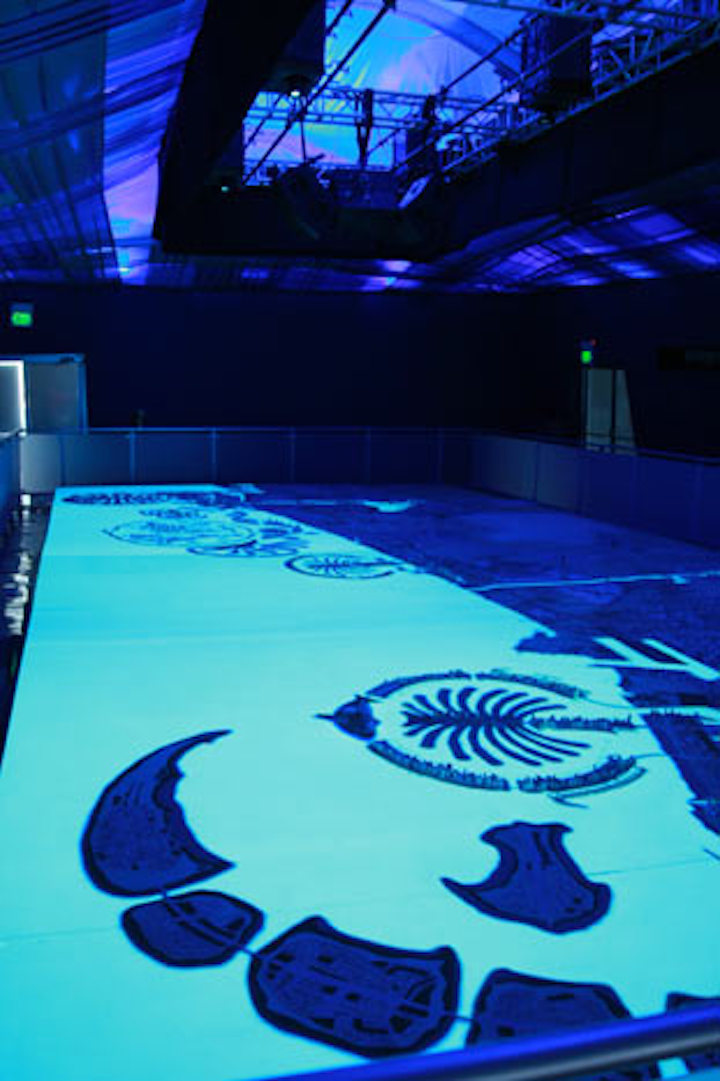 A model of Dubai gave guests a bird's-eye view of the city.
Photo: Associated Press 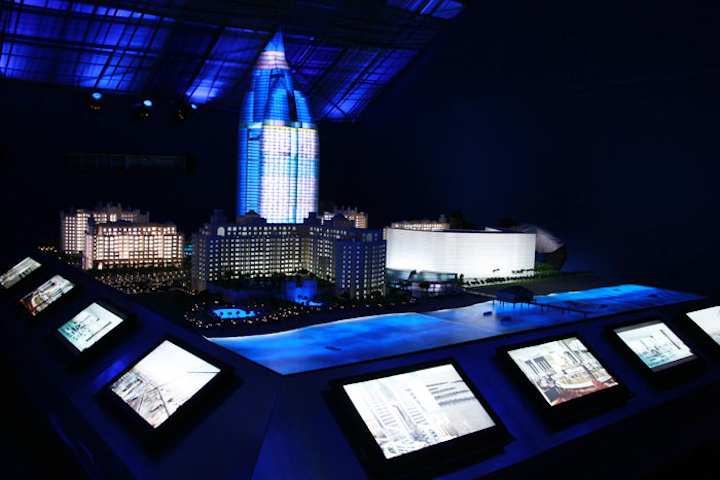 Guests could check out a model of the hotel property.
Photo: Associated Press 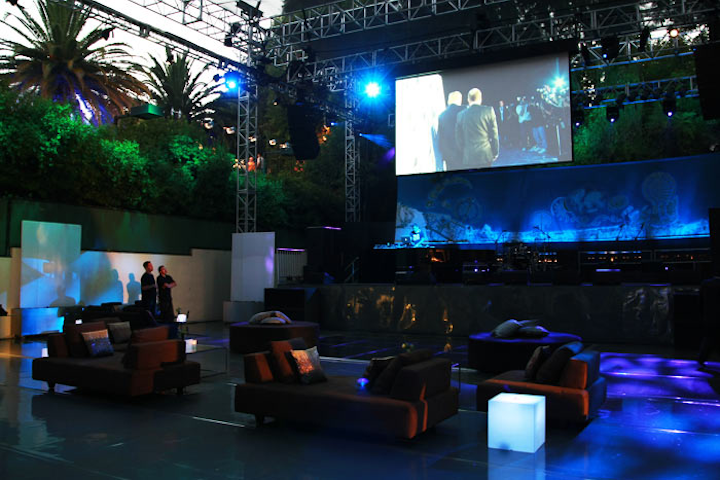 Blue lighting decorated the dance floor and the stage set up on the tennis court.
Photo: Associated Press 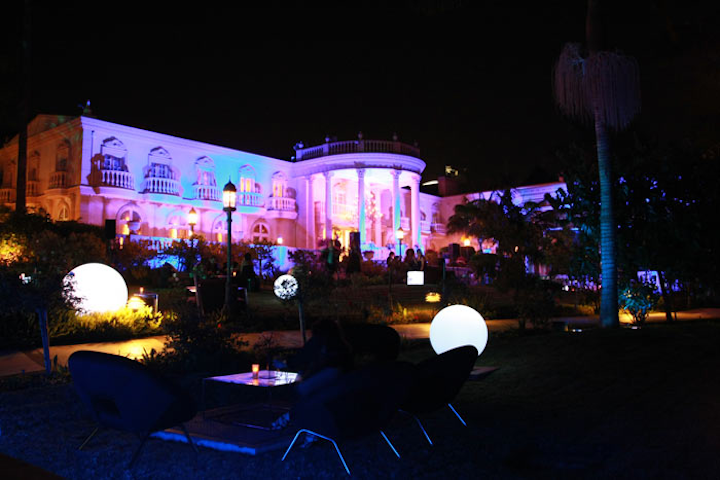 The celebration took over three and a half acres of a private Bel Air estate.
Photo: Associated Press 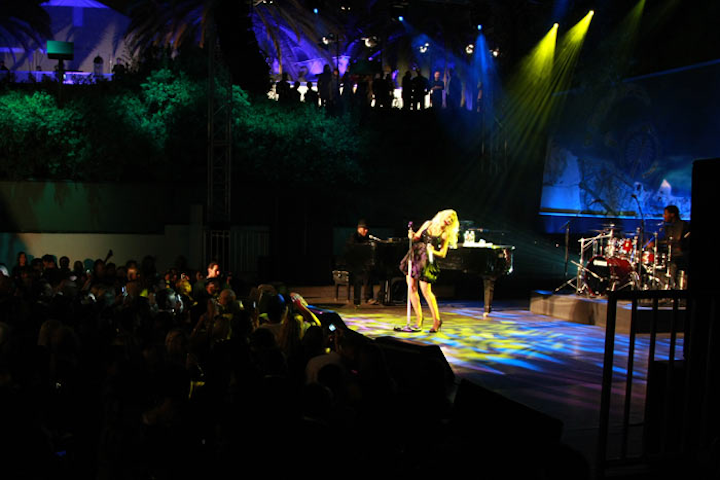 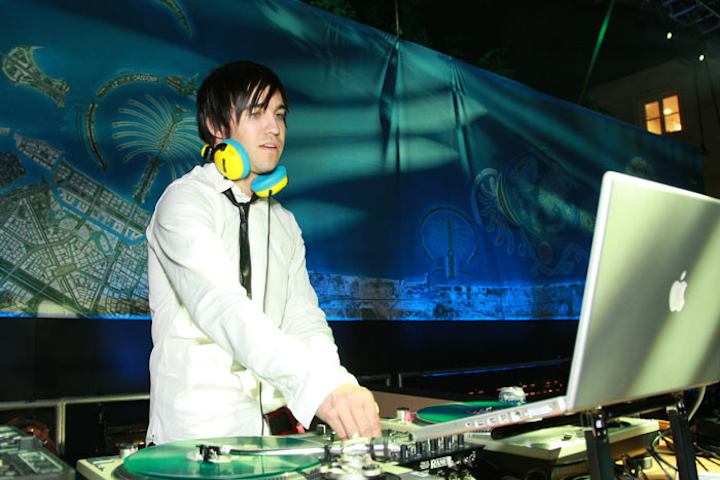 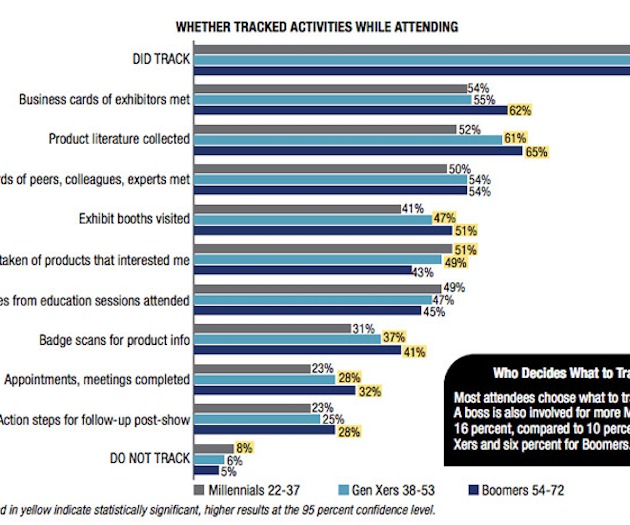 Report: 7 Takeaways on How Different Generations Feel About B-to-B Exhibitions