The Shedd Aquarium focused on minimizing waste at this year's Blu, a fund-raiser for the Making Waves campaign and the Great Lakes Conservation Awareness Initiative.

On Saturday night, the Shedd Aquarium's Blu event served a double purpose: Along with raising funds for the Great Lakes Conservation Awareness Initiative and the Making Waves campaign, which provides funds for transporting and feeding the aquarium's animals, the benefit gave guests a lakeside spot from which to check out Venetian Night (No. 3 on our list of top parades). The theme for this year's boat procession was "Hollywood on the Lake," and as vessels decked in Harry Potter and Pirates of the Caribbean tropes floated by, about 700 cocktail-attired guests looked on from the aquarium's two terraces and an upper-level V.I.P. lounge.

Katrina Clark, the Shedd's program manager of donor relations and special events, said that going green was a major focus for this year's benefit, which is a project of the aquarium's auxiliary board. Inside, guests visited tasting stations from more than 20 local restaurants, using compostable dishes and flatware to sample items such as Wow Bao's steamed buns and Eve's vanilla-poached sturgeon. Several of the evening's food vendors are partners of the aquarium's Bite Right program, which promotes sustainable seafood; and in lieu of bottled water, staggered drop trays offered carafes of tap water and Shedd-branded compostable cups. Around the event, stations were devoted to recycling, composting, and waste; "most of the products fit into the compost or recyclable categories," Clark said.

Other eco-friendly measures included hiring Consolidated Printing Company—"the greenest printer in the country," according to Clark—to produce recycled invites inscribed with toxin-free ink; and at the event, staffers used a raffle to collect email addresses "so that we can email our invitation materials next year," said Clark. Floral arrangements, such as a vase of sunflowers that topped the registration desk, incorporated local and seasonal blooms.

Clark said that Blu's marketing efforts targeted people ages 25 to 40. Aside from using the Shedd's in-house promotional outlets, which include an e-newsletter that goes out to 40,000 members, the planning team turned to Twitter, Facebook, and sponsor magazine CS to help spread the word.  "After the event, we'll go back and look at who clicked on what, how many clicks were made, and how many people actually ended up purchasing from those clicks," Clark said on Friday. "The results of the CS ad are not as easy to track, but it definitely helped get the Blu name out into the community." 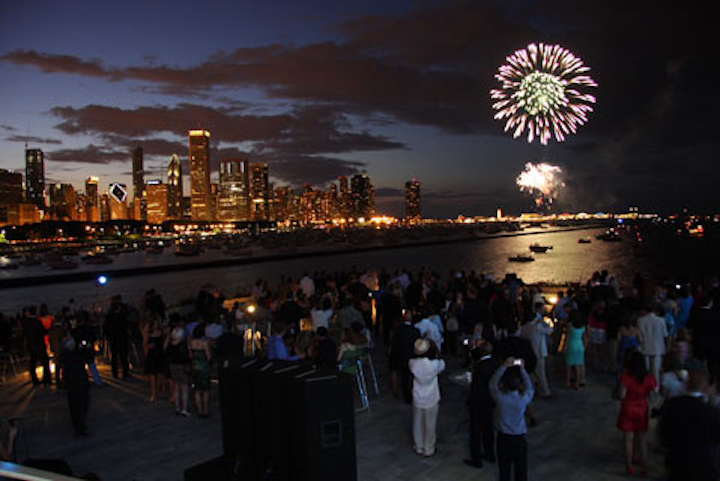 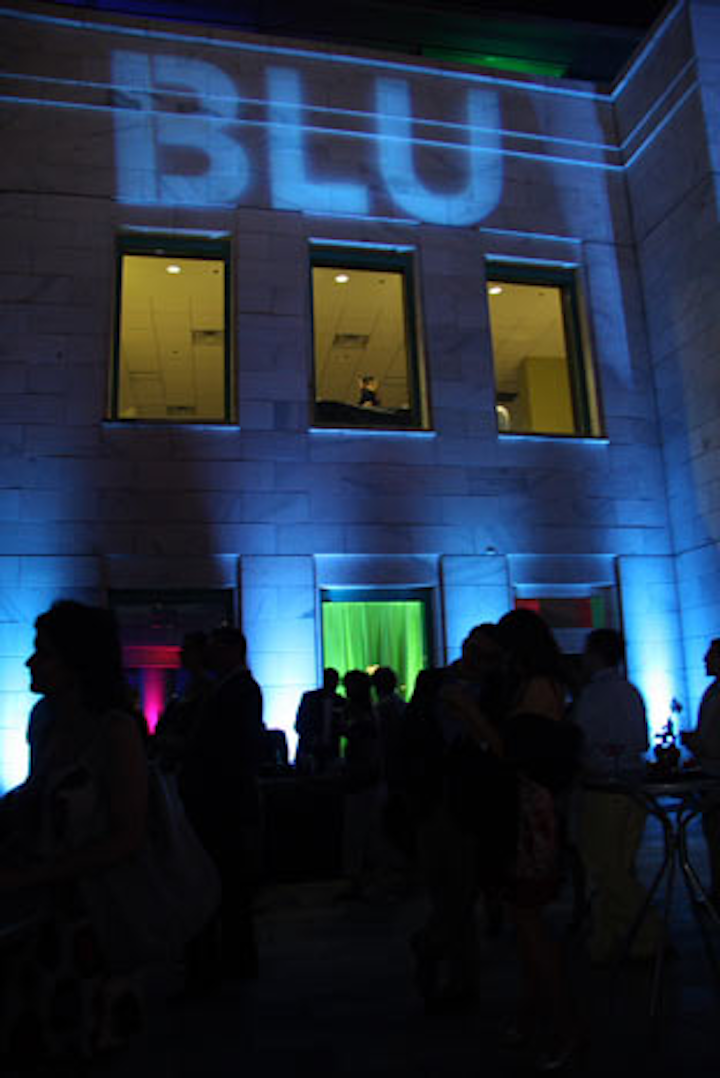 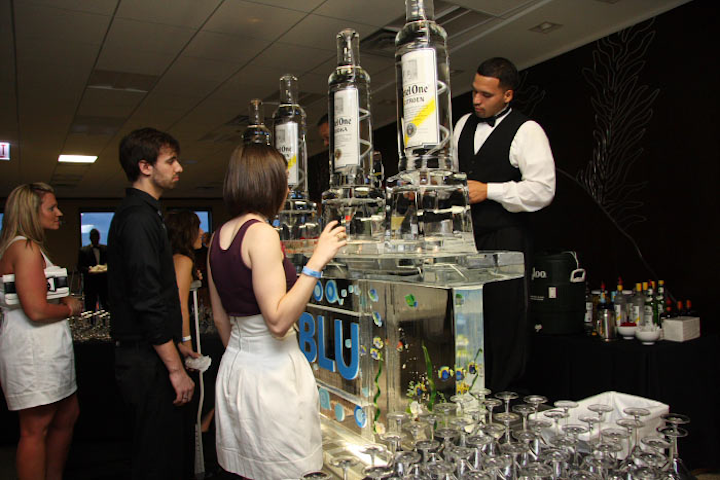 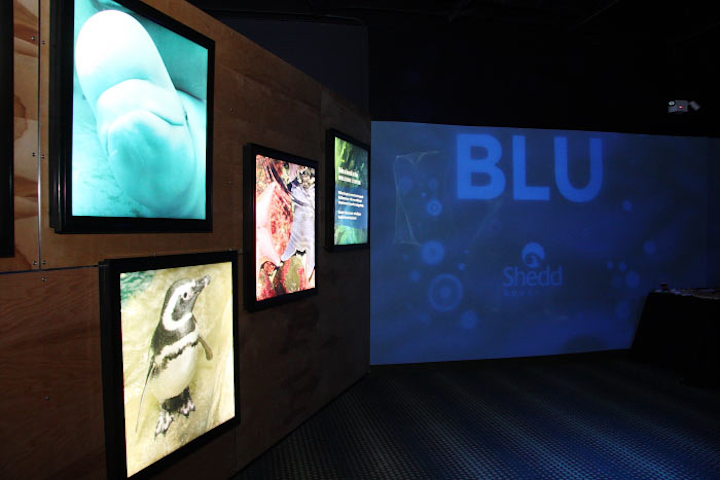 The event's name showed up in gobos throughout the aquarium.
Photo: Mireya Acierto for BizBash 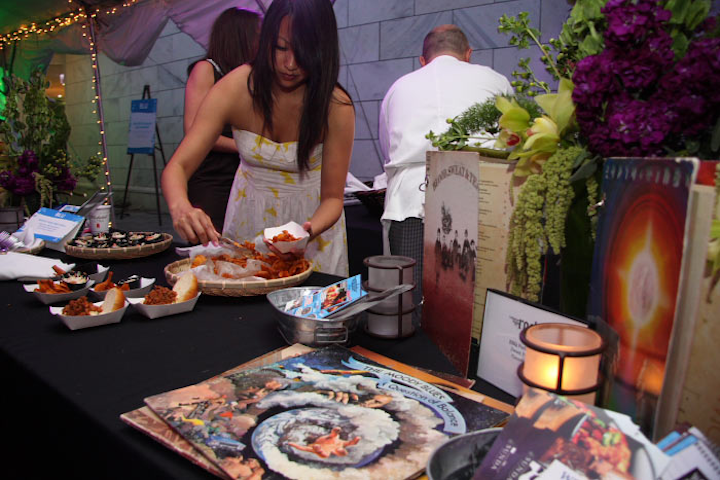 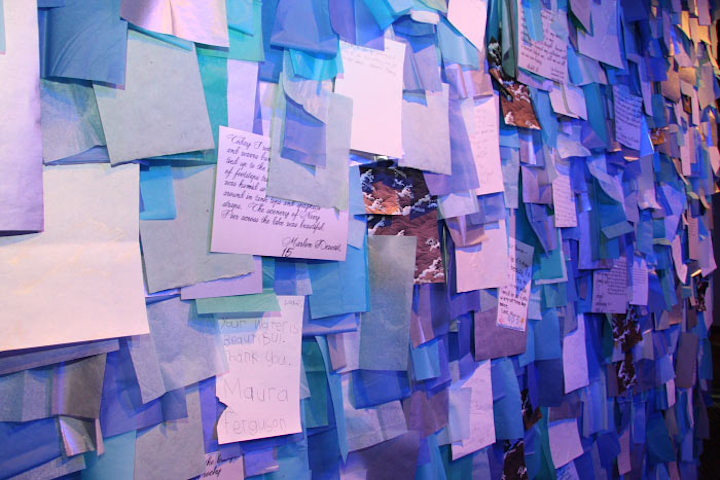 In the Shedd's welcome center, which served as a dessert lounge for the evening, a wall showcases letters from aquarium visitors.
Photo: Mireya Acierto for BizBash 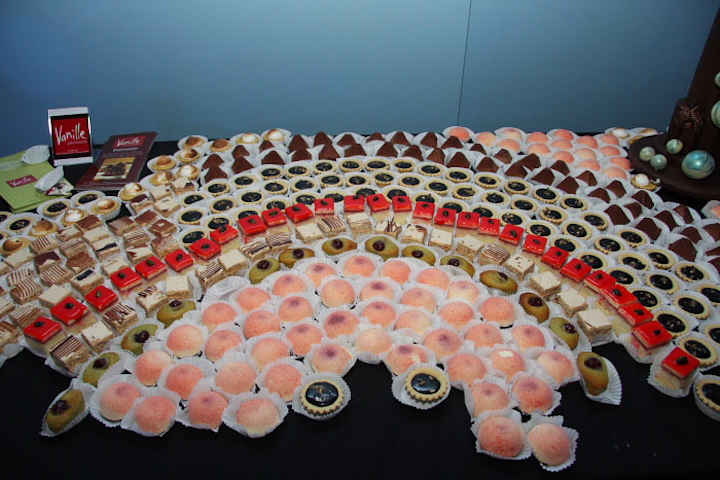 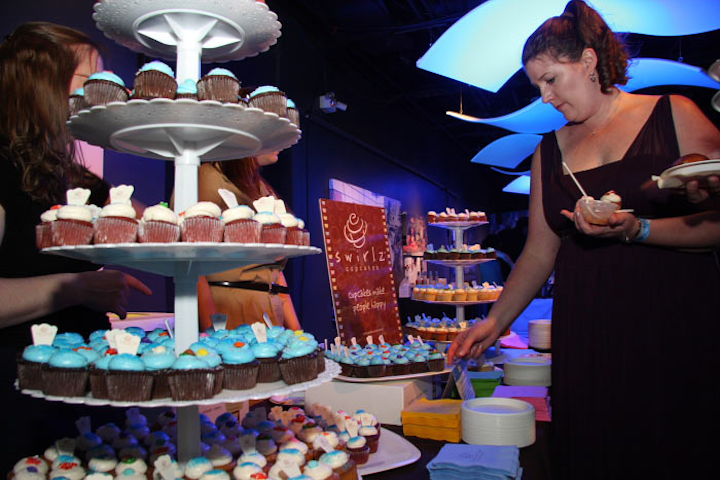 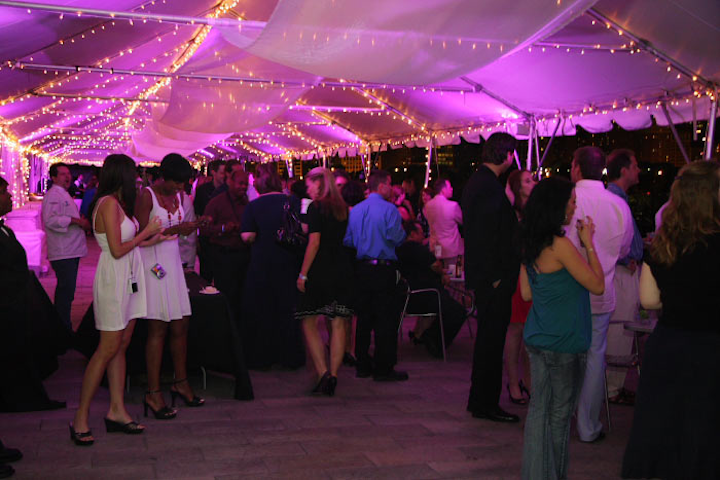 Art of Imagination, Liven it Up Events, and Local Color collaborated on decor for the aquarium's north terrace.
Photo: Mireya Acierto for BizBash 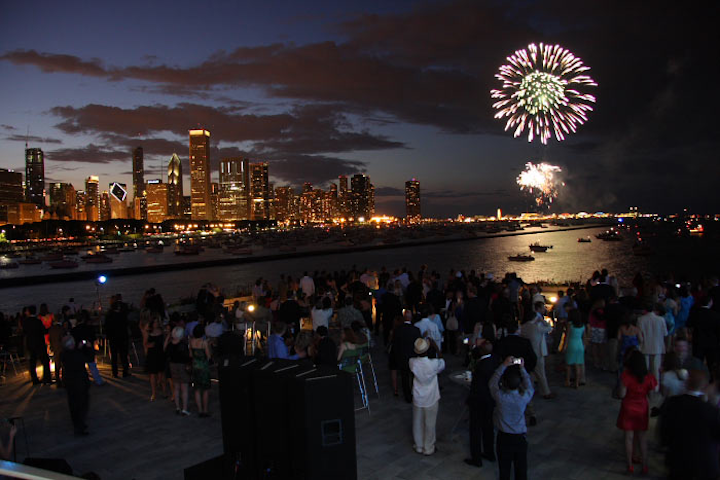 After the boat procession, guests took in a city-sponsored fireworks show.
Photo: Mireya Acierto for BizBash 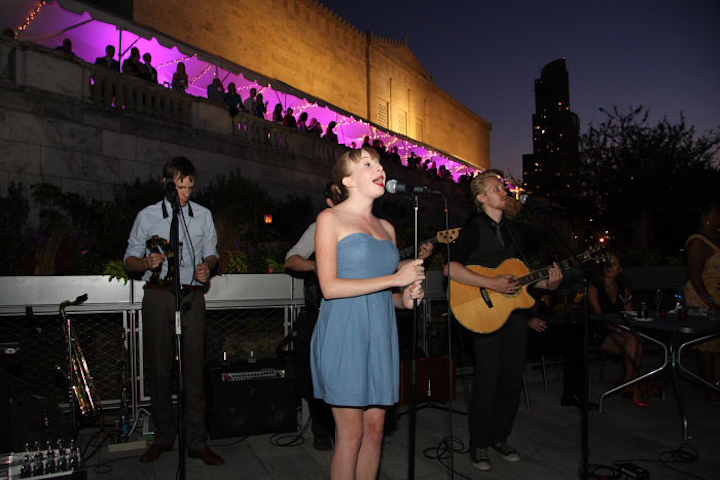