Still very much steeped in show business, Betty White turned 90 with a bash that aired January 16 on NBC. The live event behind the television spectacle happened on January 8 at the Millennium Biltmore downtown, with 283 guests. Brad Lachman Productions, helmed by producer Bill Bracken, produced the program for TV, and for the live event, Kapture Vision handled the dinner coordination, guest list management, and table design.

Guests mingled in the Gold Ballroom first for the dinner reception, where interactive food stations offered dishes like risotto made to order and salads in martini glasses. Biltmore executive chef Thomas Ryan worked alongside Kapture owner Nilo G. to create a custom menu of heavy hors d'oeuvres and stations that was a more social twist on the traditional sit-down dinner.

After an hour of wine and bites, the Crystal Ballroom opened for the NBC program. With its frescoed ceilings and the glow of rich amber lights, the room evoked a bygone age of Hollywood. The color palette included soft pink, ivory, and champagne-gold hues, for a golden look apropos of the former Golden Girls star. Each table was topped with a floral centerpiece adorned with white Cymbidium orchids, cream hydrangeas, peach and pink roses, white Dendrobium orchids, and pink lysinathus. David Numata worked with Nilo G. to design the arrangements with a curving shape that allowed them to flow between the silver wine buckets. The coordinating stationery, including name cards, table numbers, and dessert menus, were designed by Kapture's in-house graphic designers, Megan Barisas and Micah Cerelli. (Kapture also set up a third ballroom to act as a green room, with wardrobe, hair, and makeup areas separated into individual spaces with black draping. Black velvet lounge furniture and cocktail tables furnished that space.)

The Kapture team also worked alongside Betty Crocker to plan and design individual chocolate cakes that were placed at each guest's place setting. An edible flower decked each confection, as did a gift tag that matched the giant multitiered birthday cake presented to White prior to the show.

As guests left the ballroom, they scooped up copies of White's latest book, My Life at the Zoo. 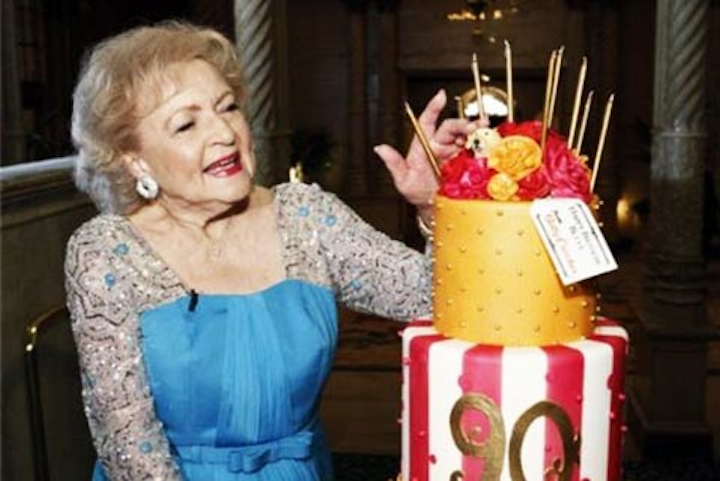 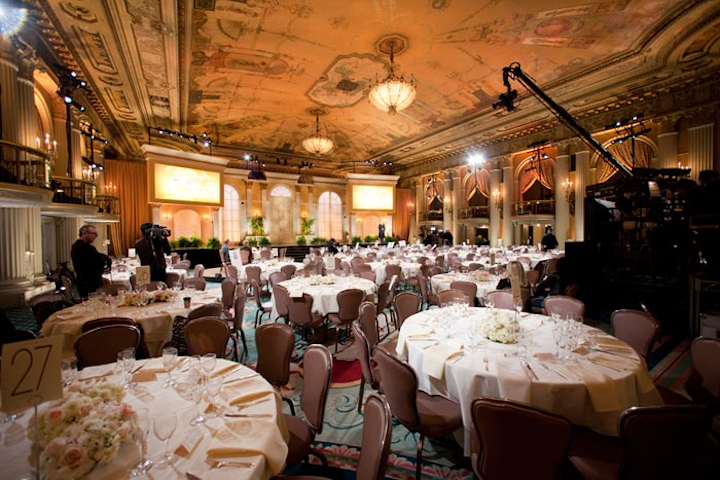 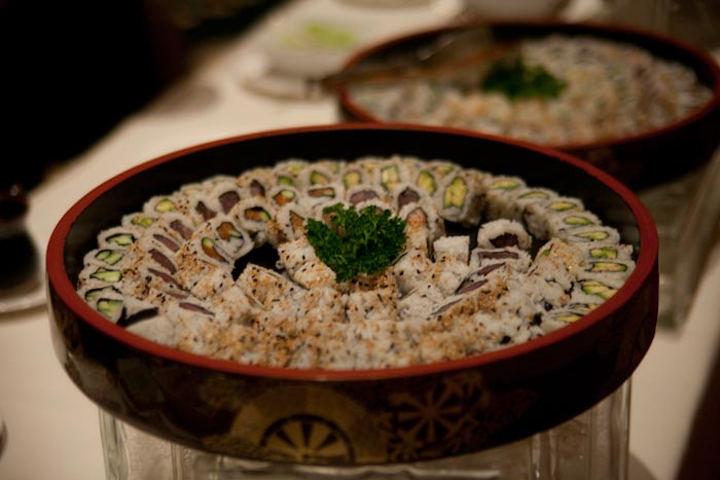 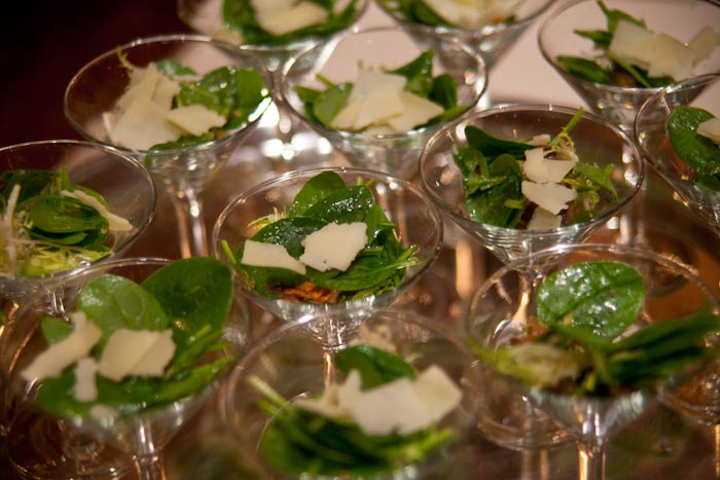 Salads in martini glasses were among the offerings.
Photo: Paul Mocey-Hanton 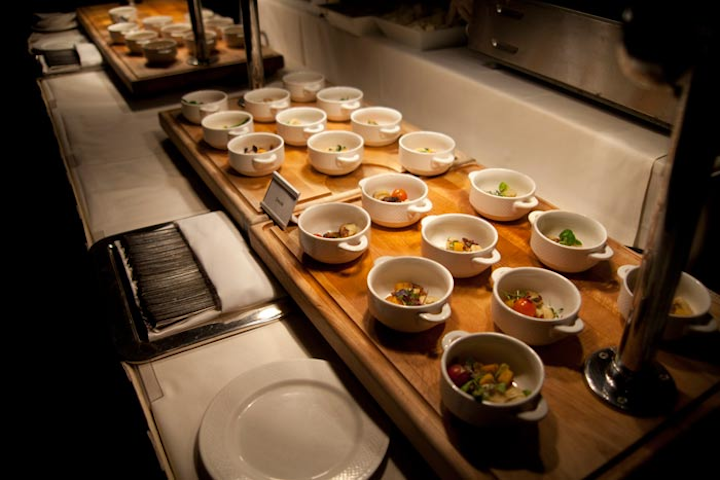 Made-to-order risotto was available at one of the stations.
Photo: Paul Mocey-Hanton 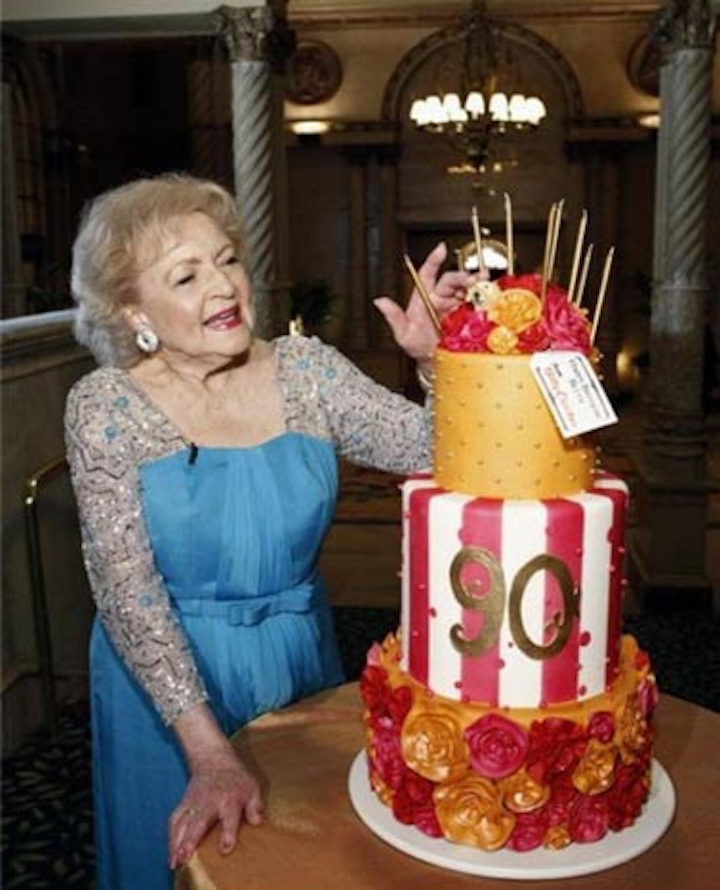 A giant, multitiered birthday cake from Betty Crocker was presented to White before the show.
Photo: Trae/Patton NBC 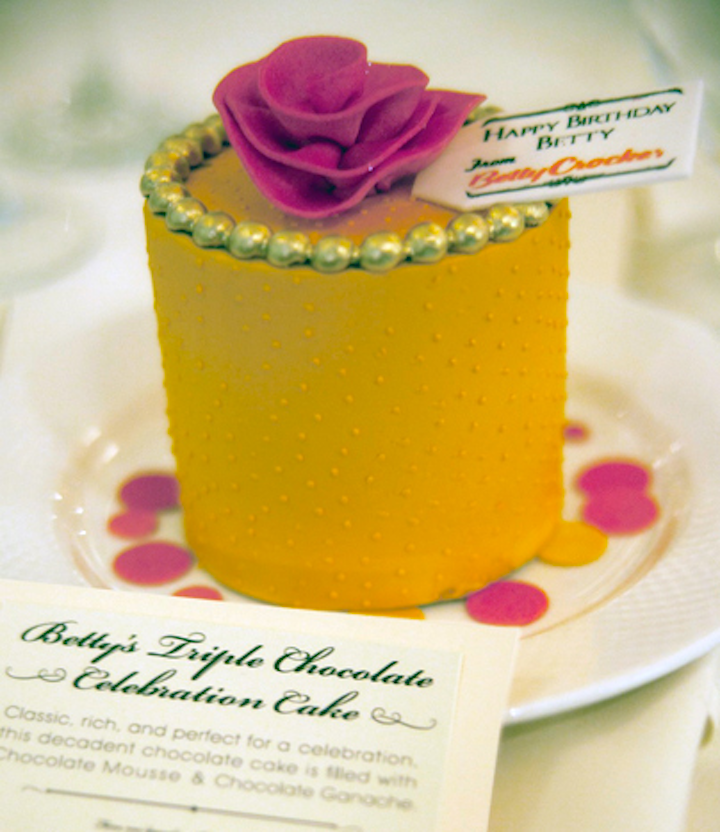 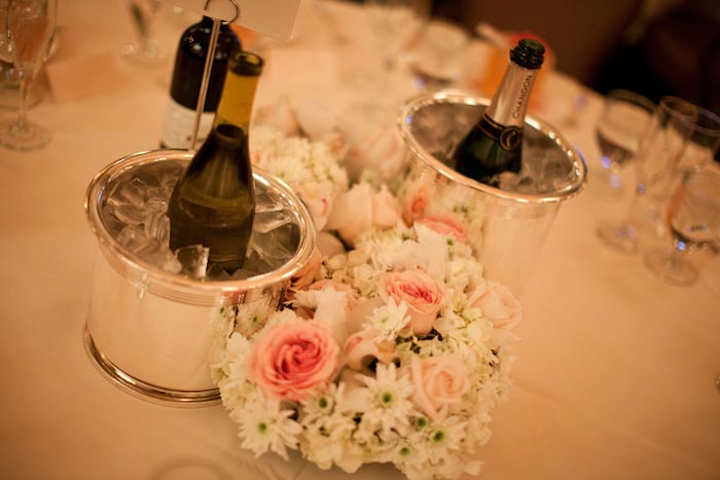