They came in gowns. They came in suits. They came in feathers, and they came in gender-bending drag to the 16th annual Headdress Ball, a fund-raiser benefiting AIDS charity the Hope and Help Center of Central Florida. About 910 people attended the outrageous charity event at the Omni Orlando Resort at ChampionsGate.

Summers opted for a super-sexy, high-energy environment, in a variety of rooms. At 6 PM, Sector 1: The Art Gallery opened with a silent auction and a chance for guests to find a diamond in a martini glass filled with cubic zirconia—the guest who found the diamond got to keep it. Peyton & Day Entertainment dressed a model as a statue and positioned her amid the auction tables, where she surprised partygoers when she moved. Later,
Sector 2: The Laboratory offered minimal furnishings, two hors d'oeuvres stations, martini bars, and Ice Magic's large, white elevated dance floor exclusively to the 400 V.I.P. s.

Lowe and Behold Event Accents dressed 91 10-seat tables with white linens, silver napkins, and elegant hydrangea centerpieces. The centerpieces hid radio-controlled machines that later shot off silver and orange sparkles. Chameleon Productions' 20-foot-wide water curtain served as a backdrop for the room's stage. Various geometric shapes and patterns projected onto the curtain visually transformed the curtain's appearance from flat to three-dimensional. Attached to the stage, a T-shaped runway lit from beneath brought the show right into the crowd.

Former Miss America Leanza Cornett was the M.C. for the festivities, but the real focus was on the entertainment. Moscow-born Dr. Eugene Draw dazzled guests with a dramatic performance on the electric violin; a Madonna imitator sang; female impersonator and comedienne Darcel Stevens kept
the audience in stitches; and JoEllen Taylor of Society Benefits Inc. enlisted a few half-naked, hard-bodied male models to coax money out of the big spenders during the live auction.

Men and women thrust bills into the models' mesh shirts and hot pants. And then came the headdress competition: six models strutted down the catwalk in superb chapeaus for local celebrity judges. Lowe and Behold walked away with Most Exotic, Most Beautiful, and Best in Show awards, and WKMG, the local
CBS affiliate, took home the Most Original and Most Creative titles.

After dinner, Sector 4: the Casino was set up in the foyer. Casino Parties Orlando's gaming tables closed at 11:45 PM, but that was not the end of the night. Models wearing nothing but gold paint and jewels circulated through the crowd at the after-party, Sector 5: Club H offered a dimly lit space that came to life via Ice Magic's lit furniture, where the V.I.P. Sector 2 had been earlier. A lit dance floor changed with the beat of the music played by DJ Gabe Medina. 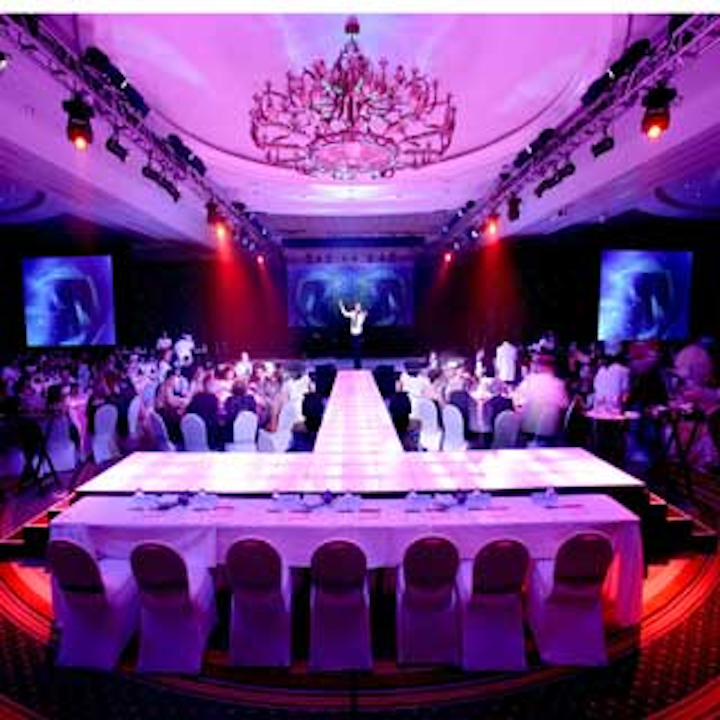 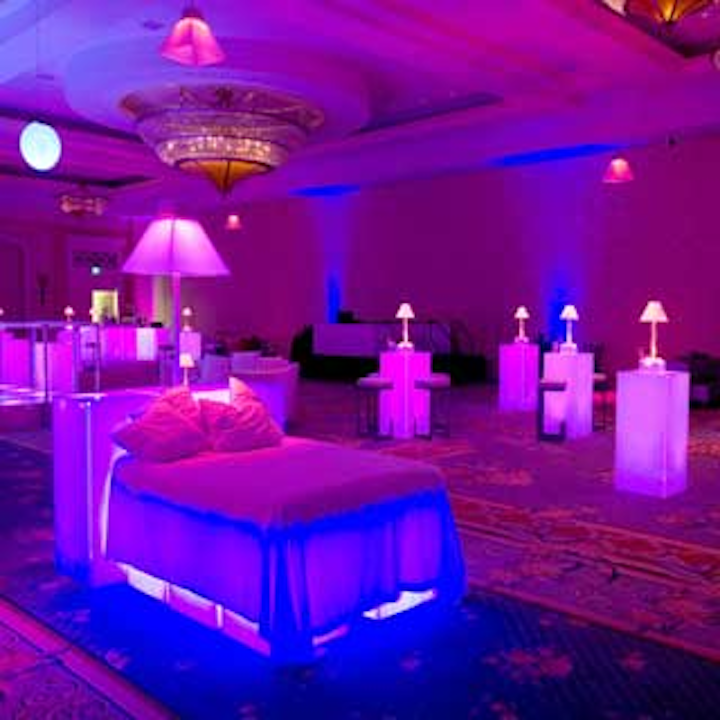 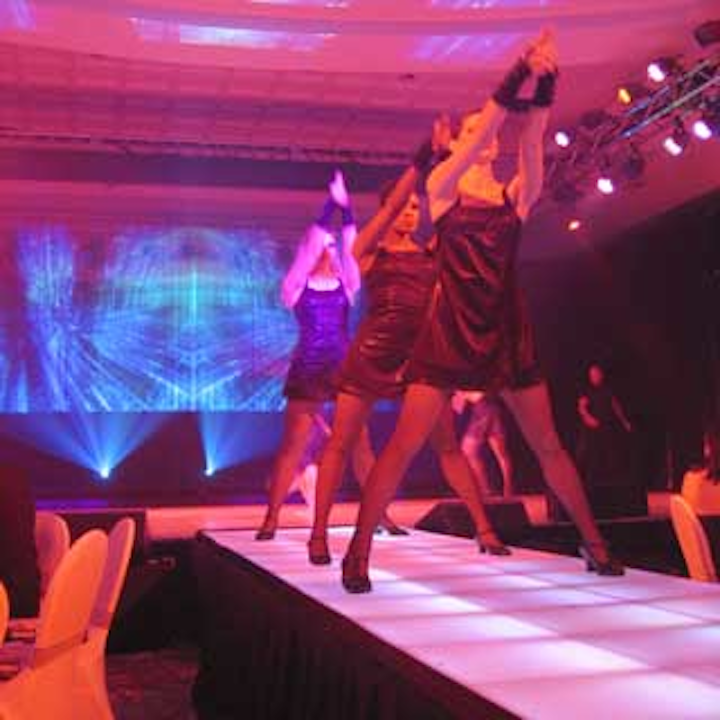 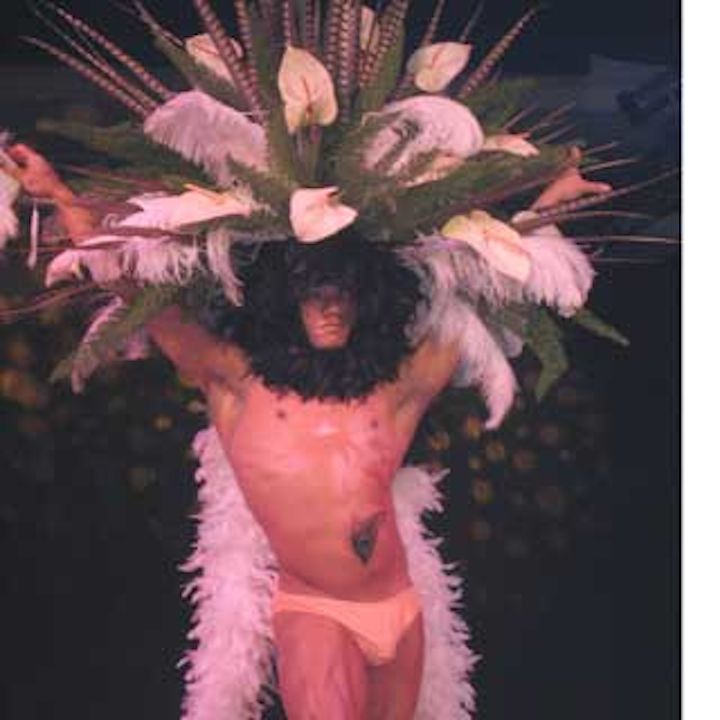 Lowe and Behold Event Accents created a headdress and cape made of feathers, flowers, and leaves, and won three awards.
More in Rentals