With David Copperfield helping to produce the evening, the L.A.'s Promise "A Night of Magic" gala on Tuesday night gave guests a little illusion of their own to take home. Inside the affair, the producers at Chad Hudson Events worked with Copperfield's team to set up a photo booth inside the Event Deck at L.A. Live that made it look as though guests were floating in midair in front of the famous magician. In reality, the station had a Copperfield cut-out and potted plant placed sideways against a wall, while attendees stood on a metal stand that was hidden from the camera by clothing and feet.

Beyond the kooky memento, the fund-raiser held other props from Copperfield's collection, including the "death saw" and a water torture cell, as well as throwbacks to Houdini-era shows, like weathered posters on corrugated metal walls. And while the magician wasn't able to make it to the gala in person, he did perform a segment with host Julie Bowen (star of Modern Family) and honoree Erik Feig, Lionsgate Motion Picture Group's president of production. 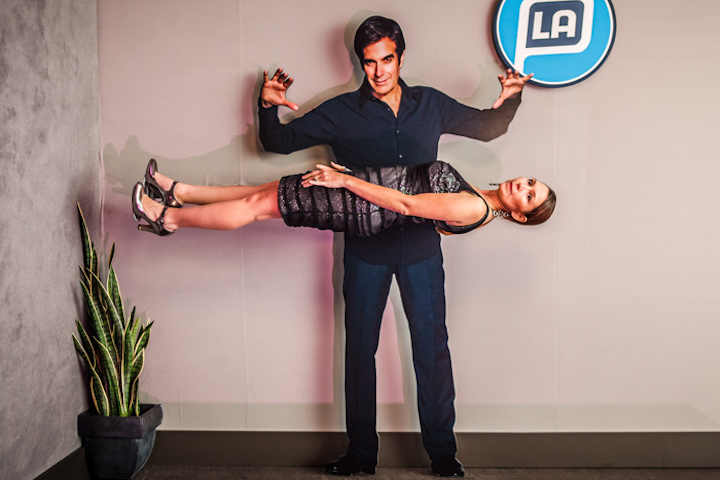 When flipped to the right, the photo booth's resulting image made it look like guests were floating in midair.
Photo: Sean Twomey/2me Studios 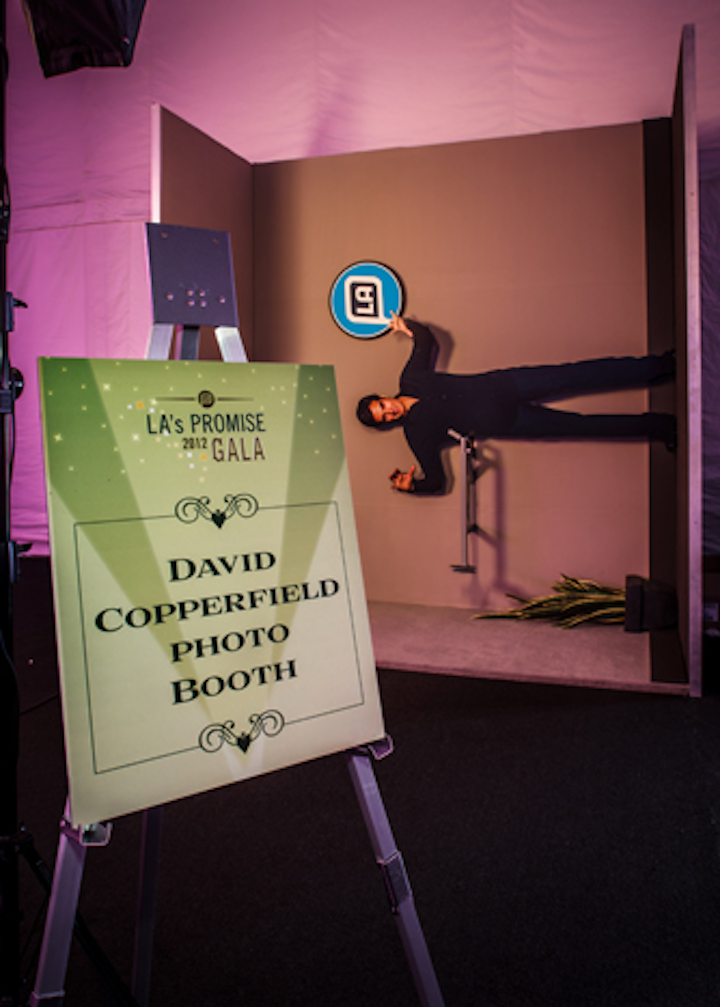 To play up David Copperfield's involvement in the evening, the planners behind the L.A.'s Promise gala worked with the magician's team to set up a photo booth that would create the illusion of guests floating in the air. At first glance, the set-up looked odd, with a plant and Copperfield cut-out placed sideways against a wall.
Photo: Sean Twomey/2me Studios
More in Rentals