Blueprint Studios Pulls Off 9 Events for One Gala

For over 7 years, Blueprint Studios has been the exclusive designer of the San Francisco Symphony Opening Night Gala. This grand event is a fundraiser to benefit local music programs around San Francisco, California and requires an “all hands on deck” production team of over 100 to oversee each of the nine events happening throughout the evening.

The evening began with a vibrant blue carpet arrival stylized with a custom step and repeat, an intricate maze of mirrors and selfie and photography backdrops around every turn. After guests glided past the mirror maze, they found their seat in one of four separate dinner locations around San Francisco City Hall and the Davies Symphony Hall.  Four simultaneous dinners commenced and served over 1,600 patrons in one sitting.

Two dinner spaces offered the most exclusive dining experience for Symphony guests: the Wattis Room and Patron’s Tent. In the Wattis Room, the design incorporated curved metallic elements in the furniture and floral arrangements to not only bring in an elegant and classy atmosphere, but also to exemplify the deep red colors symbolic of the room’s existing beauty. The most monumental of dinners was featured in the Patron’s Tent. Seating over 700, the Patron’s Tent was the most monumental of dinner settings completely build and designed entirely from scratch; from carpet to ceiling. By infusing the pink and gold tones through seating and florals, the space is modelled after a modern, classy chinoiserie pattern shown through the illuminated light boxes that were mounted along the tent walls.

The Symphony Supper, located in the main foyer of City Hall, served 460 patrons on two levels connected by a grand staircase. Blueprint Studio’s patented infinity chair in acrylic allowed the rich blue and champagne elements to shine bright. Shades of pink were carried over from the Symphonix room design to tie both spaces cohesively.

The Symphonix Room depicted a color scheme comprised of pearlized beige and light forest green accents while various shades of pink were visible in the wall art and smaller floral arrangements. Bushels of ivy with transparent vases made for spectacular conversation pieces while adding height to the room design. The cocktail lounge area adjacent to the Symphony Supper and Symphonix Dinner provided a relaxing reception for guests of both events before heading to the Symphony Performance.

The post-dinner performance by the San Francisco Symphony allowed the production team  only an hour and half to orchestrate a complete transform of three of the event spaces to support a multi-room afterparty for the patrons. To freshen up previously spaces, new items such as bars, graphics and cocktail tables helped create a new ambiance. For final touches, a change in lighting was important to make the transition a complete success. At the end of the evening, a total of six individual spaces were used and three of the spaces were flipped to adapt to the progression of the evening's’ events and create such an elaborate and extravagant gala.

Learn more about Blueprint Studios and how we can help you design your next event. 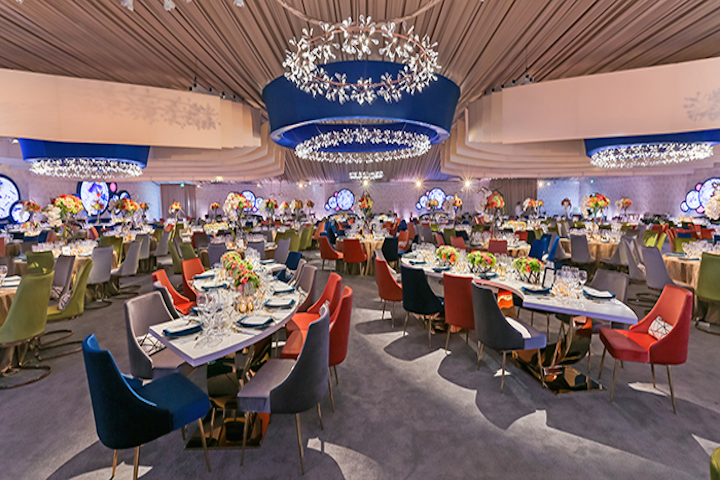 Patron’s Tent was the most monumental of dinner settings completely build and designed entirely from scratch; from carpet to ceiling. This tent features luxurious velvet seating and a custom designed chandelier.
Showready Photo by Irja Elisa 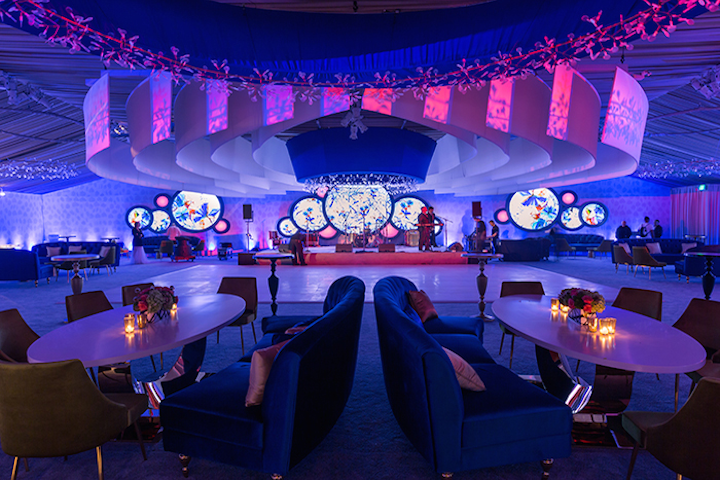 The 700 seat Parton’s Tent was transformed within an hour and half to make way for an after-party for the ages!
Showready Photo by Irja Elisa 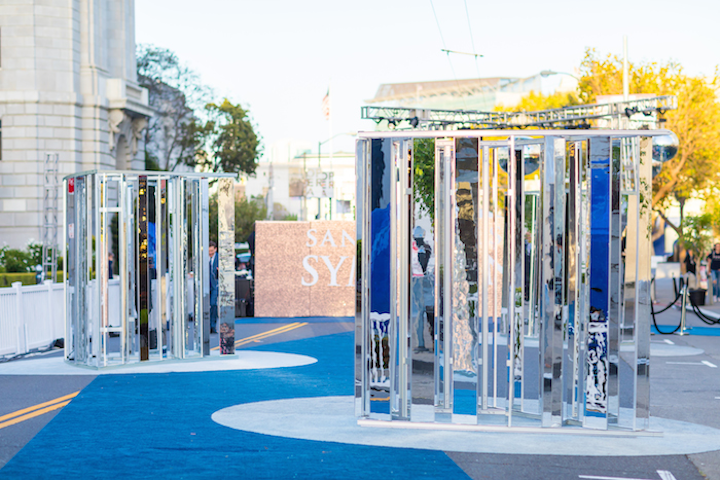 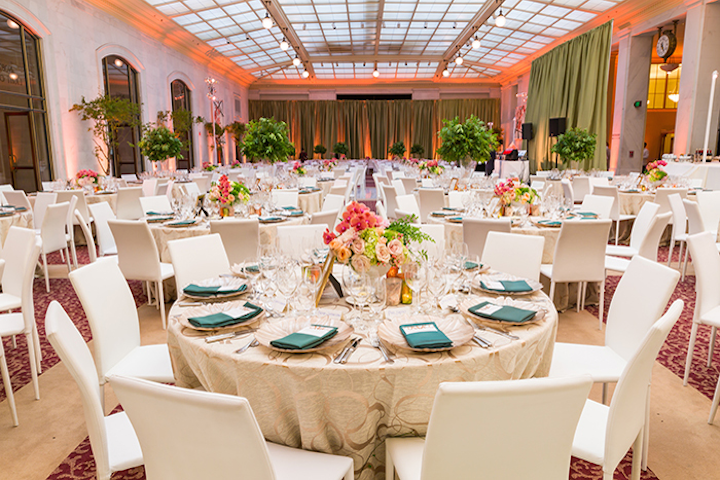 Bushels of ivy with transparent vases made for spectacular conversation pieces while adding height to the room design. White and champagne elements completed the look to create a relaxing and sophisticated atmosphere.
Showready Photo by Irja Elisa 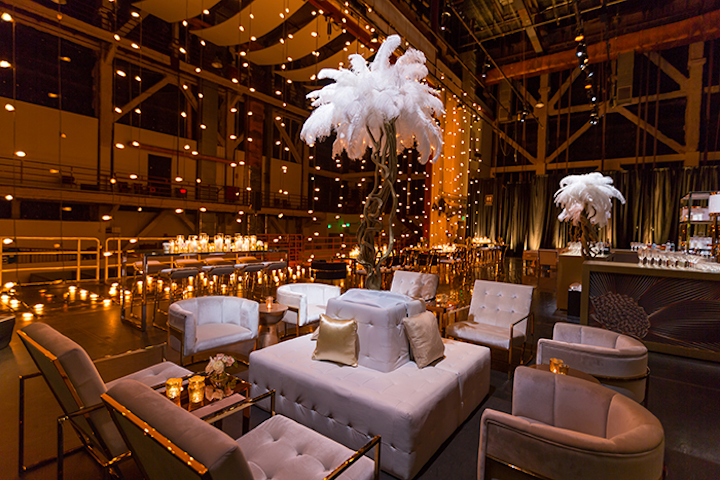