Since its first artist collaboration with Andy Warhol in 1985, Absolut has sought to tap into pop culture with its advertising efforts. For the latest campaign the Swedish vodka has partnered with fashion photographer Ellen von Unwerth to create ads inspired by movies and folklore. Unveiled on Thursday night to a crowd of 743 consumers and industry influencers at S.I.R. Stage37, the new marketing ploy is based around four classic cocktails and features actresses Kate Beckinsale and Zooey Deschanel.

In von Unwerth's photographs, each of the four alcoholic drinks—the Bloody Mary, cosmopolitan, vodka tonic, and orange crush—are represented by colors, themes, and stories commonly associated with the names of the libations. For example, the ad for Absolut Bloody channels the folktale of the Bloody Mary ghost with Beckinsale standing in front of a broken mirror in a bright red dress. For the event, design firm Relevent built smaller scale replicas of these visuals on an elevated platform and models stood in for the two actresses. Later in the evening, these sets provided a stage for the entertainers, including a stilt walker to depict the photo styled after the movie Attack of the 50 Foot Woman.

The specialty drinks were crafted and served on site by mixologists from Contemporary Cocktails, and Great Performances served an hors d'oeuvre to complement each. Cerignola olive tapenade on crostini matched the Bloody Mary, citron-cured salmon with shaved beets on black toast accompanied the vodka tonic, chocolate truffles infused with orange liqueur served as the edible counterpart to the orange crush, and Manchego cheese puffs with jalapeno cranberry jam balanced the flavor of the cosmopolitan.

To end the event on a high note, musical act the (James) Gang hit the stage to perform their song "My Strut Is Incredible." 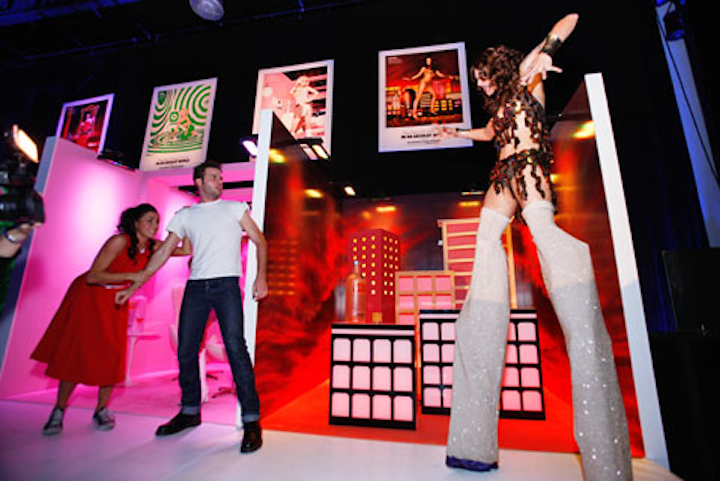 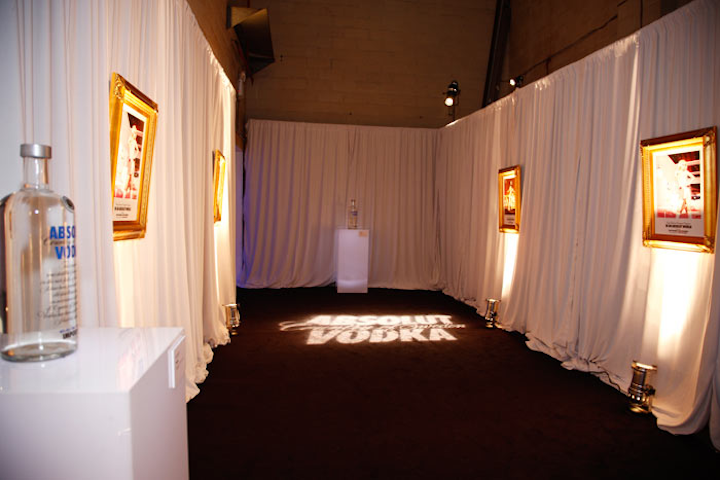 Absolut integrated images from the new ad campaign throughout the event, starting at the entrance.
Photo: Anders Krusberg 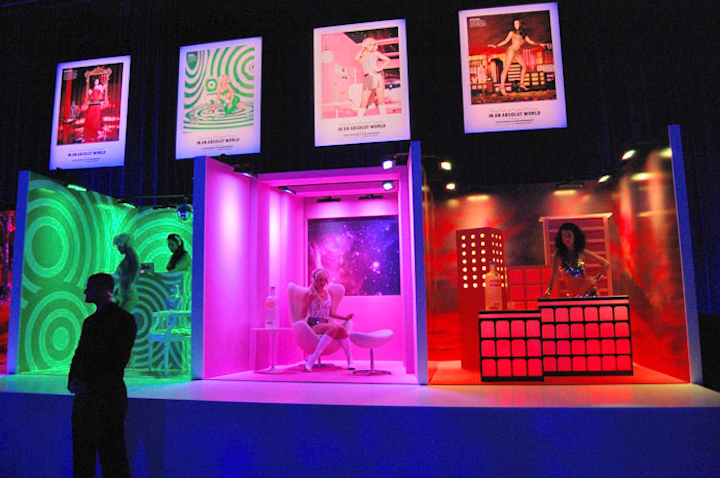 Four vignettes represented Ellen von Unwerth's photos for the campaign, and the corresponding ads hung above each set.
Photo: Alison Whittington for BizBash 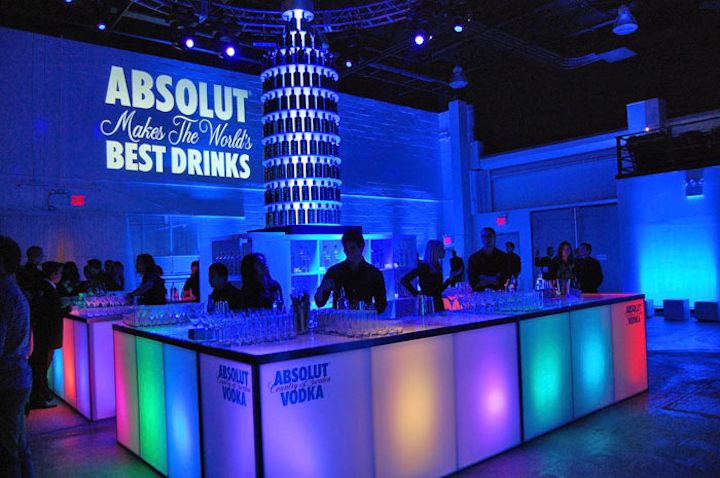 At the bar, hundreds of Absolut bottles formed a bottle-shaped sculpture.
Photo: Alison Whittington for BizBash 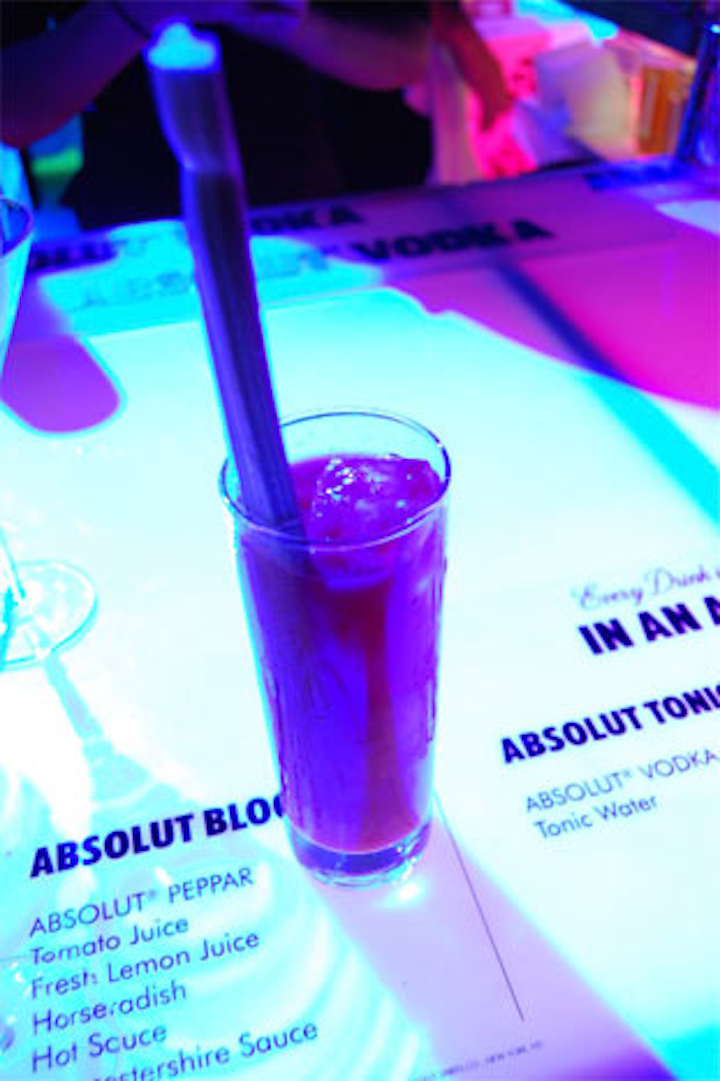 Decals on the surface of the bar detailed the recipes for each of the four cocktails, including the Absolut Bloody.
Photo: Alison Whittington for BizBash 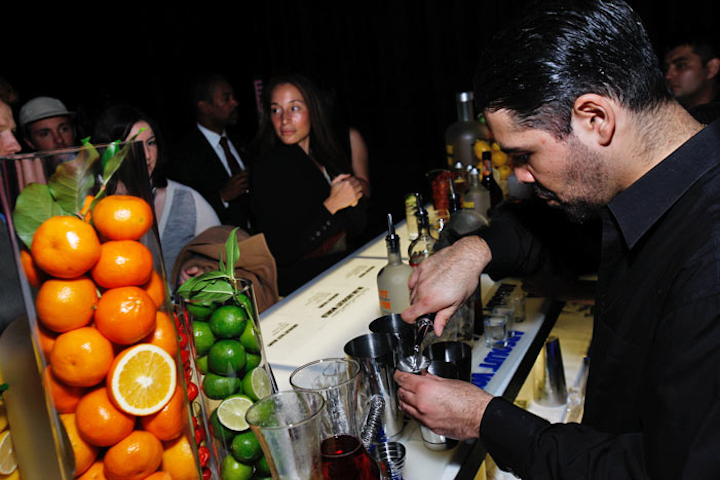 To add credibility to the specialty drinks served at the event, Absolut brought in mixologists from cocktail consultant Contemporary Cocktails.
Photo: Anders Krusberg 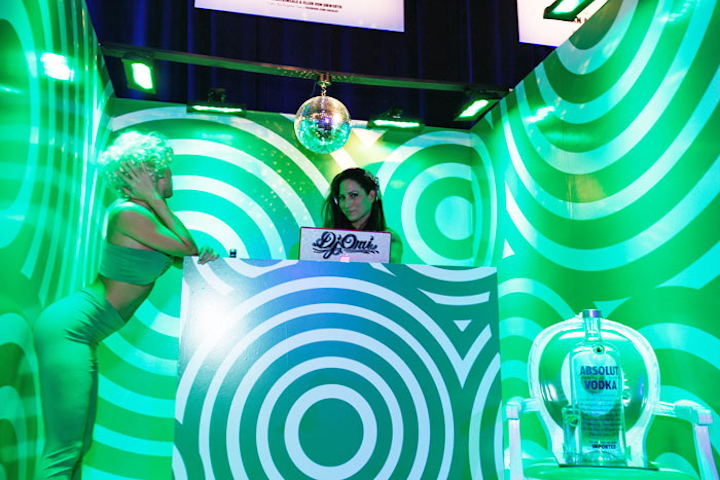 Early in the evening, DJ Omi spun a mix of tunes, including old favorites like "Return of the Mack" and more contemporary songs like Lady Gaga's "Poker Face."
Photo: Anders Krusberg 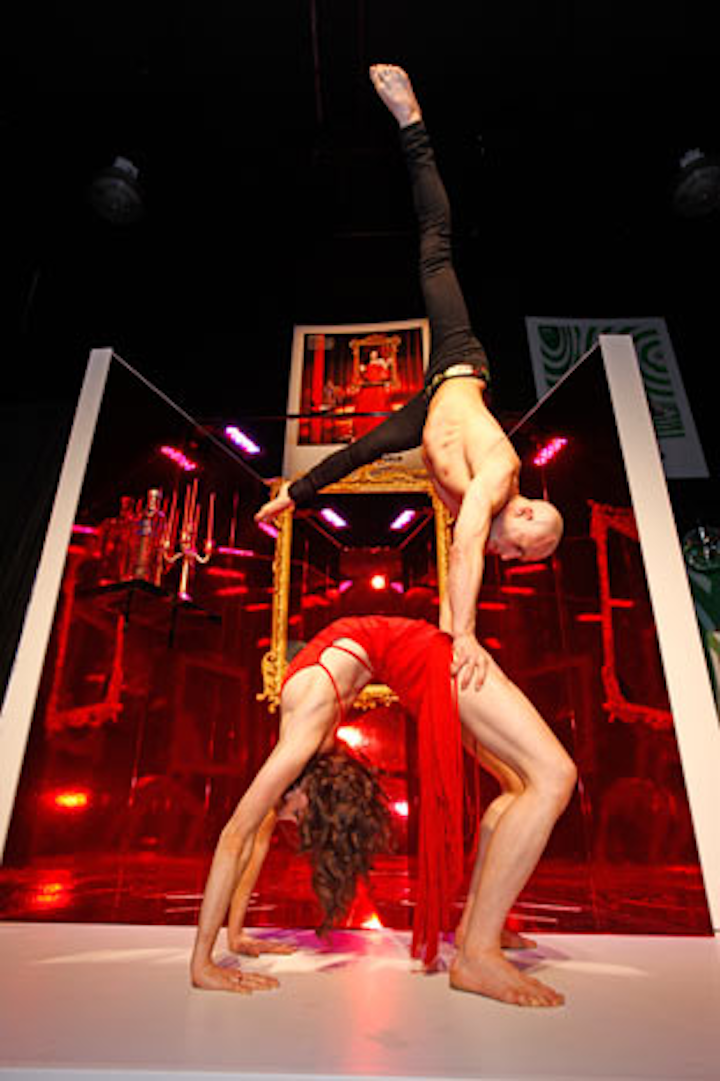 The Box, the vaudeville-style club on the Lower East Side, brought in the entertainers, who performed inside the event's vignettes.
Photo: Anders Krusberg 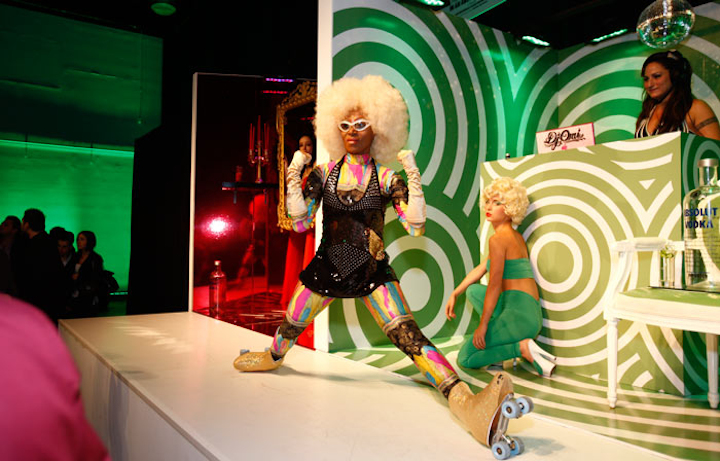 In line with the 1980s theme of the vignette, a Xanadu-style roller skater appeared for the Absolut Tonic Twist ad.
Photo: Anders Krusberg 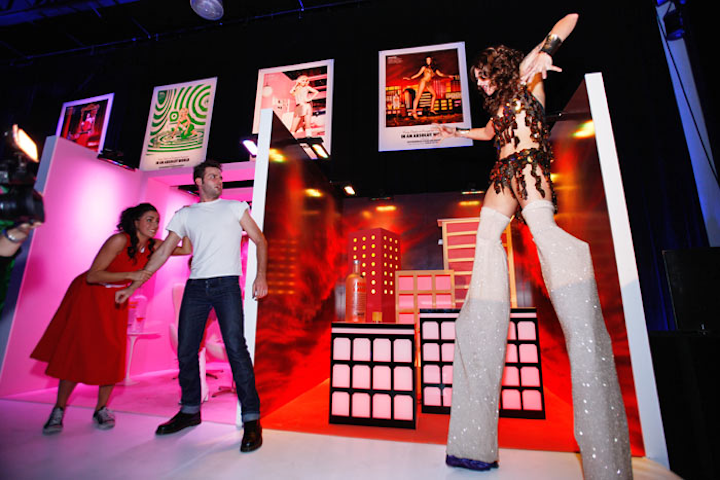 To emphasize the image for the Absolut Crush ad, a stilt walker and two other entertainers acted out a mini play inspired by the movie Attack of the 50 Foot Woman.
Photo: Anders Krusberg 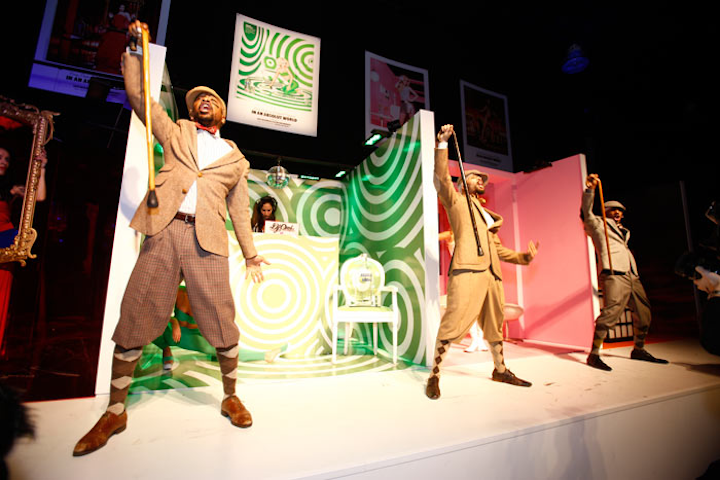 As the finale, musical quartet the (James) Gang sang and danced amid the vignettes.
Photo: Anders Krusberg
More in Beverages