There was gold, gold everywhere at the California Science Center on Friday night for its annual "Discovery Ball" fund-raiser which pulled nearly $1.2 million. The event this year drew inspiration for its theme from Cleopatra, the subject of "Cleopatra: the Exhibition," which will open at the museum on May 23. The California Science Center Foundation's event services department, led by vice president of food and event services Christina Sion, produced the event.

The program kicked off with cocktails in an area meant to evoke a central marketplace in ancient Alexandria, which would have been the hub of world commerce on the Nile during Cleopatra's time. Various vendor stalls displayed wares like spices, wine, and beer.  On the third floor, guests queued up to check out the new exhibit.

For dinner, the group moved to another view of ancient Egypt, with a meal meant to evoke a feast hosted by Mark Antony and Queen Cleopatra. Contrasted against the cocktail setup meant to evoke a commoners' setting, the dinner setup was meant to reflect the former queen's enormous wealth. "We were joking that if anyone stood still long enough while working on this event setup, they would surely be painted gold," Sion said. "Everything was gilded and bejeweled."

Following dinner, a pop-up nightclub dubbed "Midnight at the Oasis" got a black and shiny gold color palette, with guests entering through a custom-designed golden pyramid by Rrivre Works and crossing over a faux Nile river from S.E.C. "We thoroughly enjoyed working with Universal Studios on selecting the perfect props for this event," Sion said. "The scale of decor required to convey the grandeur and pageantry of this time period was easily found in their collection. We also found some wonderful items at Omega and History for Hire. While doing research for this gala, we invited all of our staff and vendors who work on this event annually to watch the classic movie Cleopatra starring Elizabeth Taylor on our large IMAX screen and it was so inspirational."

A live camel named Maggie held court near the Tesla Model S car raffle area, intended as an ironic display of two modes of transportation. The winner of the car raffle was Michael Rouse from Toyota. It was an apt twist: He was one of the first board members to purchase a raffle ticket back in January because he hadn't been able to participate in previous years—since he'd donated the raffle cars on behalf of his organization for approximately the last decade prior to the Musk Foundation stepping in to donate the prize this year.

Also among the evening's speakers was Mayor Antonio Villaraigosa, who lauded the Science Center and apologized for being underdressed, explaining he'd just come from a press conference in which he announced the alleged killers of two students from the adjacent U.S.C. campus had been captured, a moment of applause and relief from the community in attendance. 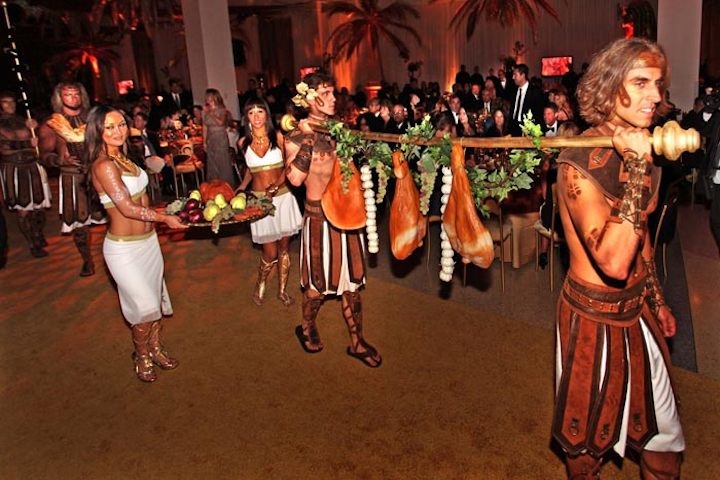 A troupe from Zen Arts processed through the dining room to announce a feast hosted by Mark Antony and Cleopatra, also known as dinner at the California Science Center's "Discovery Ball."
Photo: Nadine Froger Photography 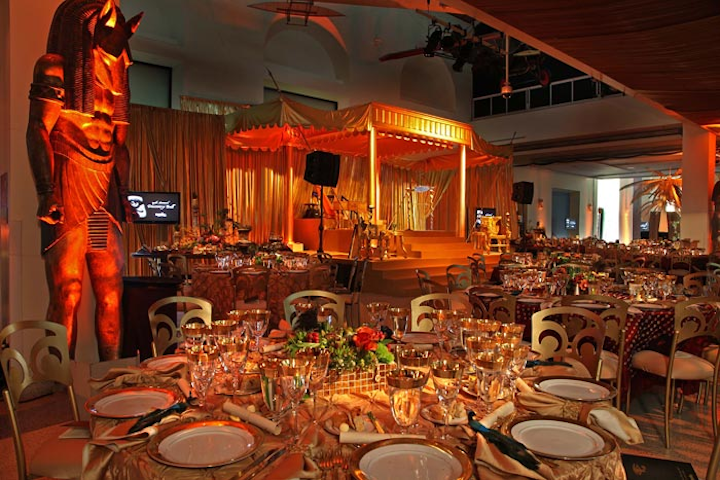 The California Science Center's "Discovery Ball" this year got an Egyptian look and feel in honor of the new "Cleopatra: the Exhibition," slated to open on May 23.
Photo: Nadine Froger Photography 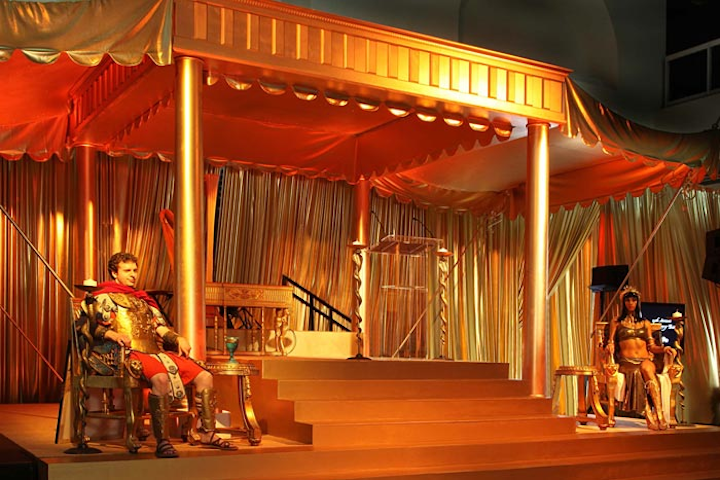 Models dressed as Cleopatra and Mark Antony flanked the stage during the dinner and auction programs.
Photo: Nadine Froger Photography 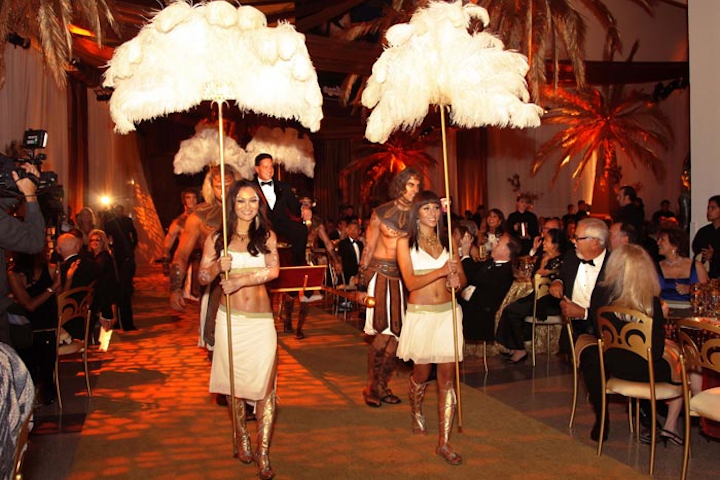 President and C.E.O. Jeffrey Rudolph arrived to the podium by way of a mock Egyptian litter.
Photo: Nadine Froger Photography 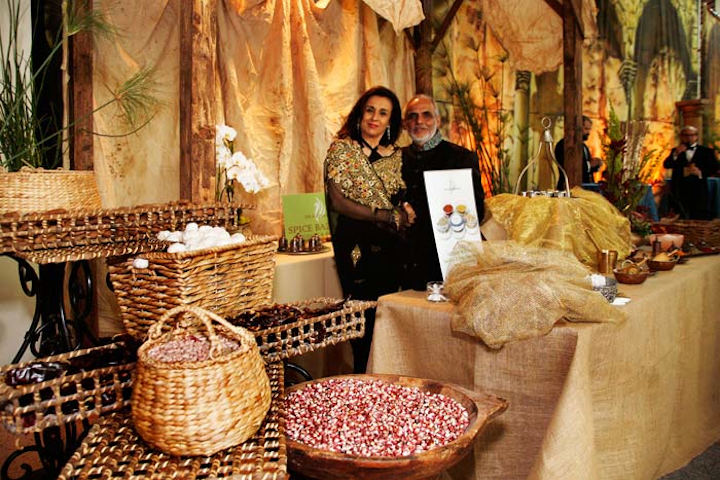 A spice booth from Draganura was among the attractions at the cocktail reception.
Photo: Nadine Froger Photography 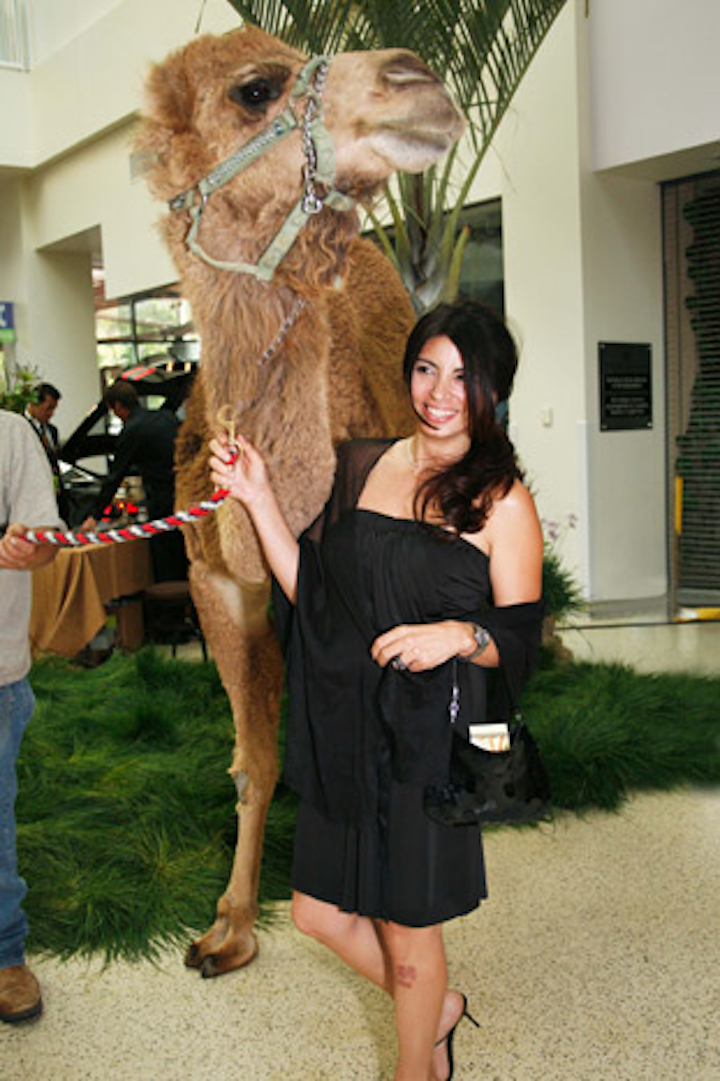 A live camel stood next to the Tesla available in a raffle, a tongue-in-cheek statement about transportation through the ages.
Photo: Nadine Froger Photography 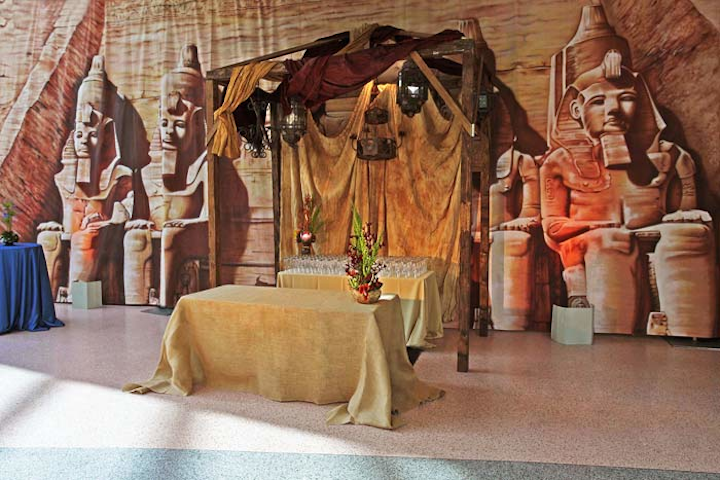 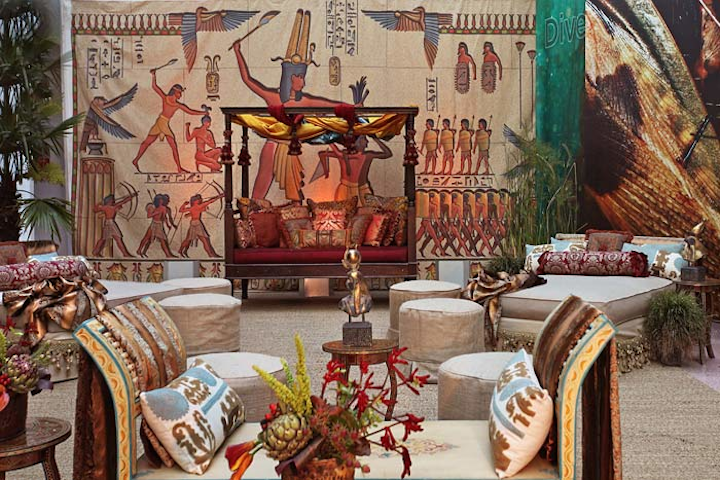 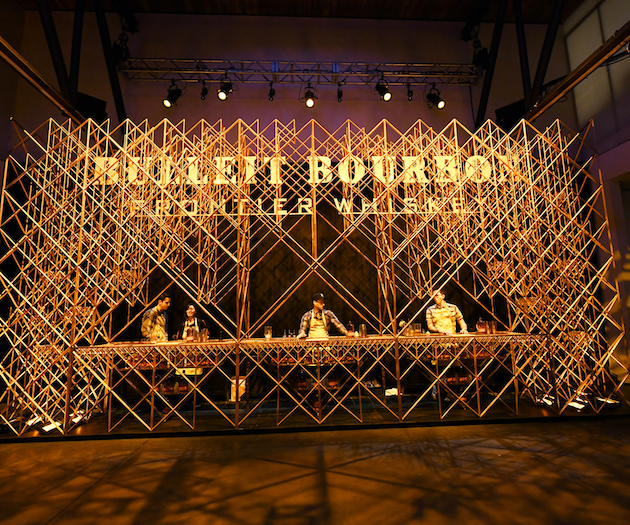 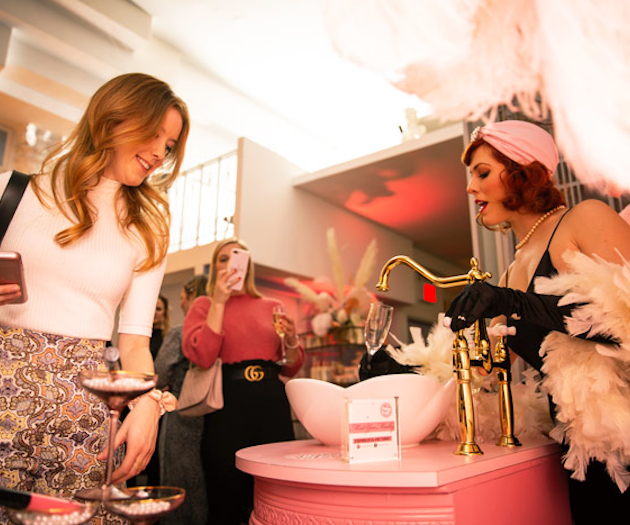 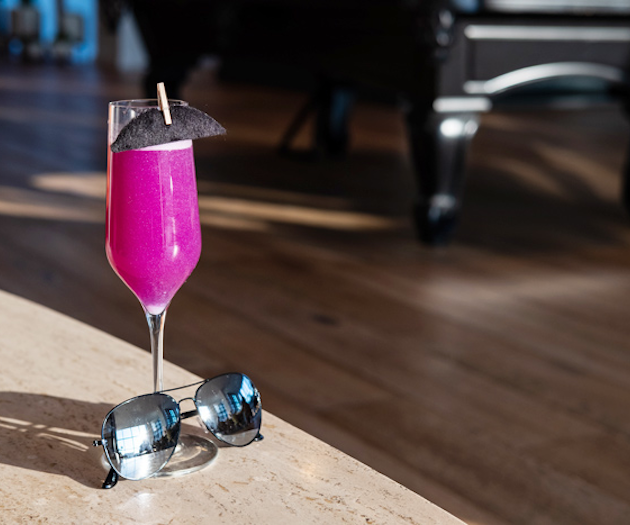 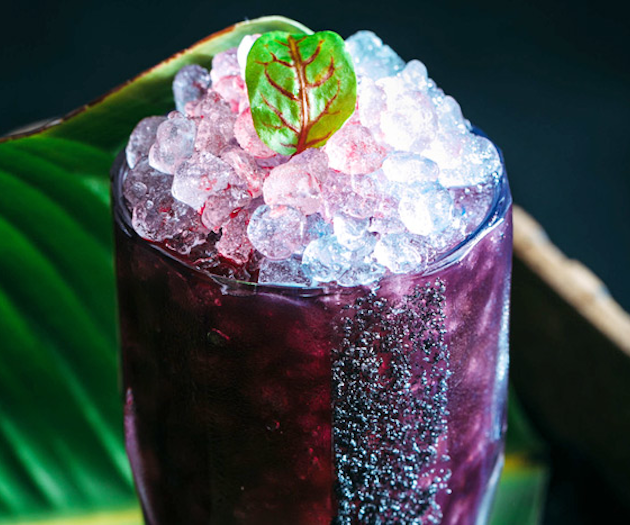 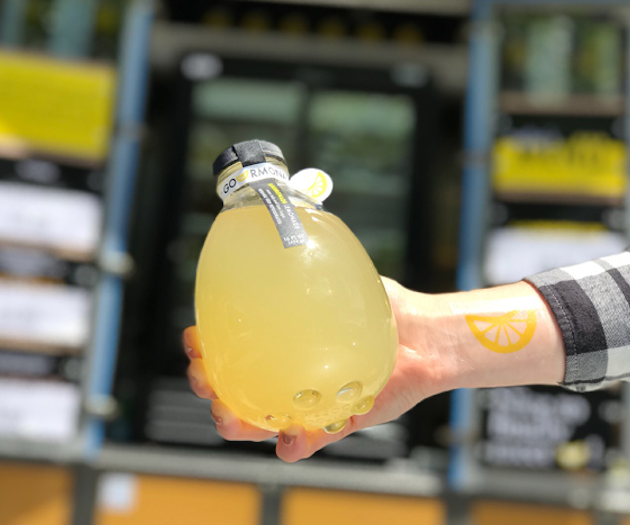 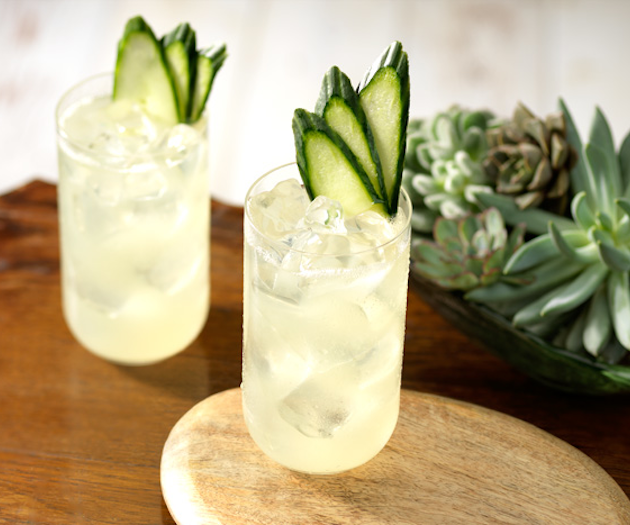 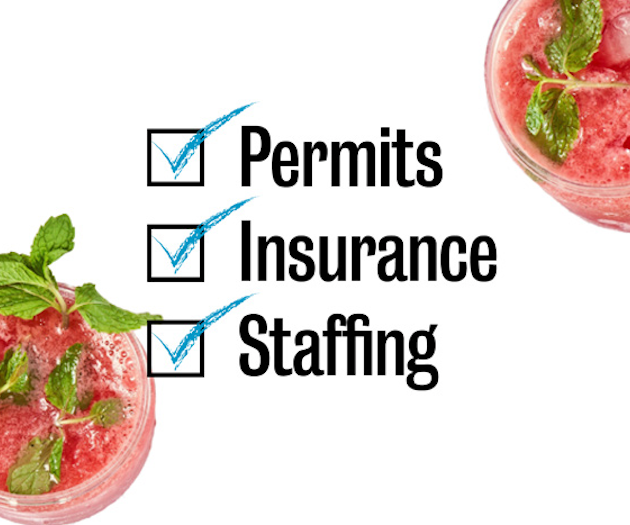 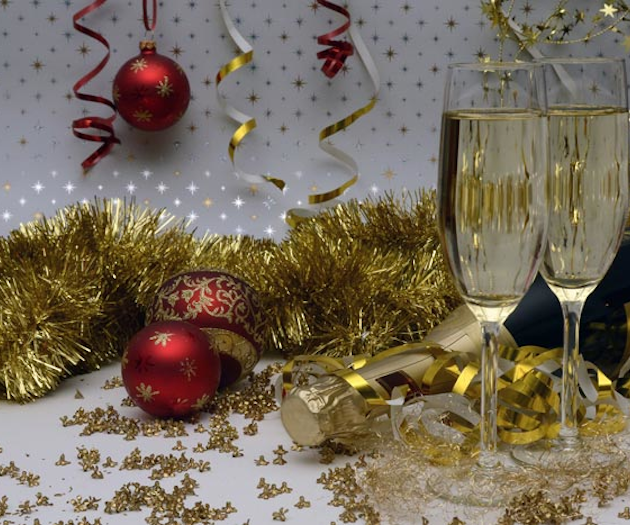 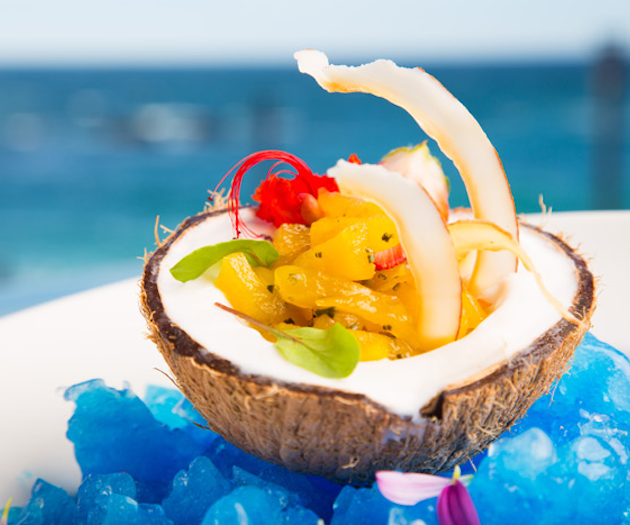 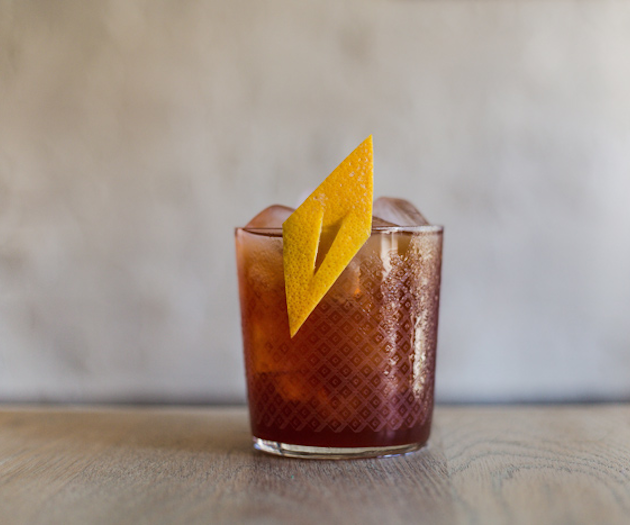 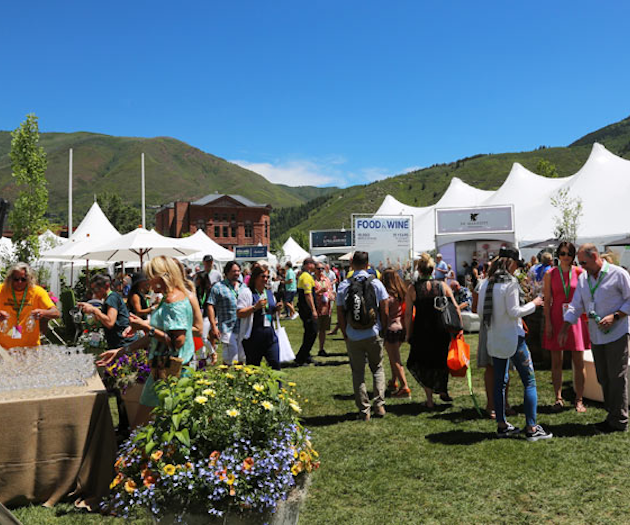 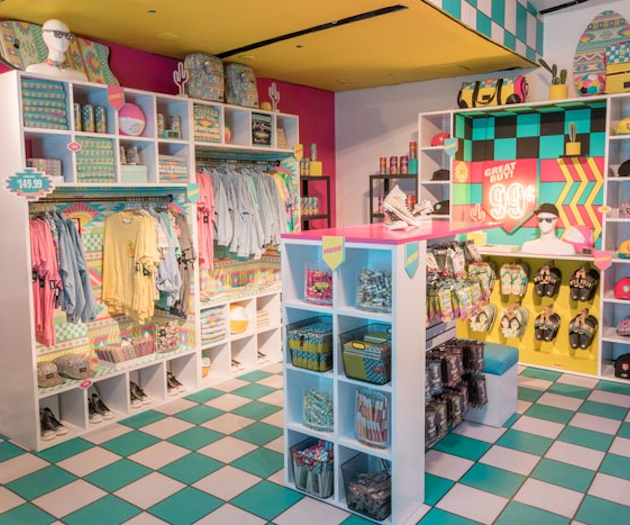 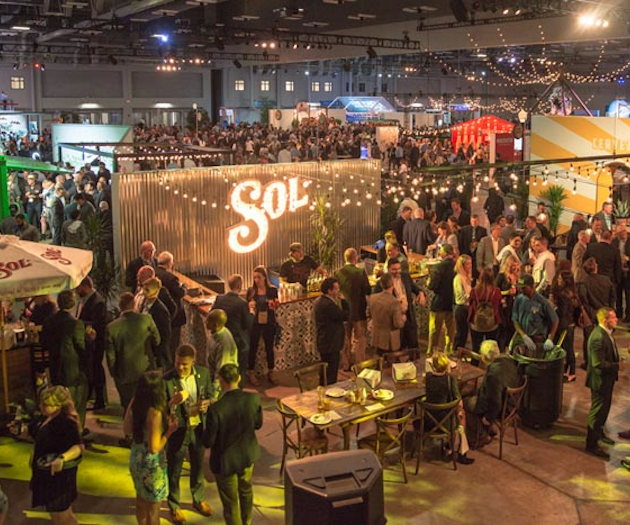 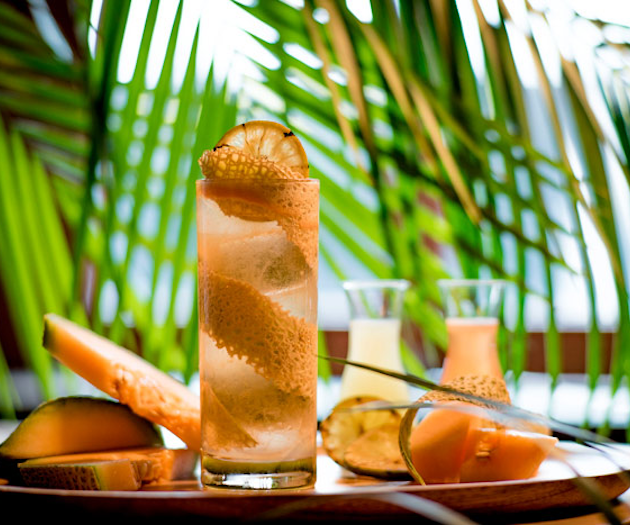