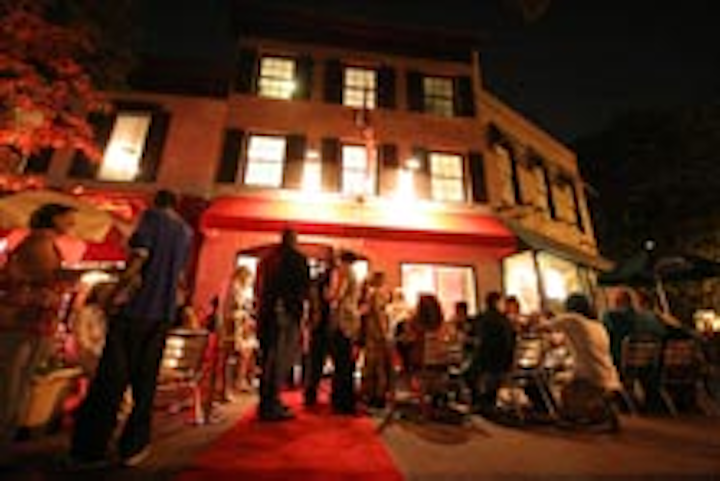 The opening crowd for Spike Mendelsohn's Good Stuff Eatery
Photo: Joe Shymanski
Top Chef  contestant Spike Mendelsohn had a little help from his fellow cast members last night for the official opening of his burger and shake joint, Good Stuff Eatery (which we told you about here). Out of the 220 people that came, chefs Antonia Lofaso, Andrew D’Ambrosi, and Top Chef winner Stephanie Izard were on hand along with D.C.'s own celebrity chef José Andrés (who appeared as a judge on an episode of the show).

At the two-story restaurant, which opened to the public on July 7, the swarm of curious guests filled out the 80-seat interior and overflowed to the 50-seat outdoor dining area. The talk of the night: the samplings on hand, which included toasted marshmallow shakes, mini colletti smokehouse burgers, and fries with chipotle, old bay, mango, and sriracha dipping sauces.
More in Food Trends