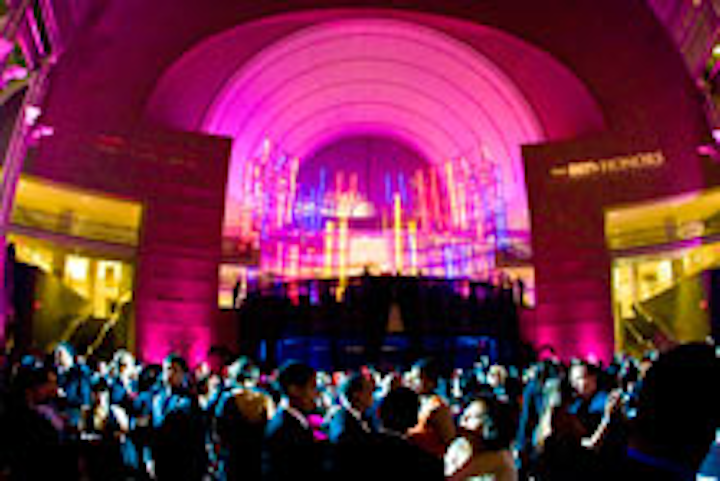 Booking talent for the show proved to be harder then it was last year with artists mulling possible options for the 10 prime Presidential Inaugural Committee balls and dozens of other events. “Everybody was waiting for Obama to call,” said BET line producer Robert Boyd. Last year’s massive Honors after-party at the Ronald Reagan Building will this year be replaced by two smaller private parties at Café Milano and private club L2, both in Georgetown.

Other BET highlights include the Tuesday, January 20, airing of Yes We Will! BET’s Inauguration Celebration, a one-hour special commemorating the massive voter turnout and what African Americans are committed to do to implement change, with live shots from BET’s inaugural ball, hosted by Nick Cannon.

The ball itself will take place at the Mandarin Oriental hotel, with a special performance by Wyclef Jean, held in partnership with America’s Promise Alliance, a nonprofit alliance dedicated to the well-being of children and youth, founded by General Colin and Alma Powell, who will attend. Other guests include Stevie Wonder, Russell Simmons, Debbie Allen, Kenneth Babyface Edmonds, Angela Bassett, and Courtney Vance. Ball production is under the direction of Events by André Wells.

“We are decking-out the grand ballroom with drapes of chain, like a feel-good lounge,” said Wells, who is working with hues of royal blue, black, and red. There will be four Asian-inspired food stations, one for Peking duck, another for sushi. Breakfast pastries will be passed at 1 a.m. Wells said the look will be “big and opulent,” but he is watching expenses. “We’re being strategic,” said Wells. “We’re not doing flowers everyplace. The look will be clean and modern.”