2016 Preview: 10 Most Anticipated Washington Venues for Meetings and Events

The conference spaces, eateries, drinking spots, and more slated to open in Washington for events and entertaining next year. 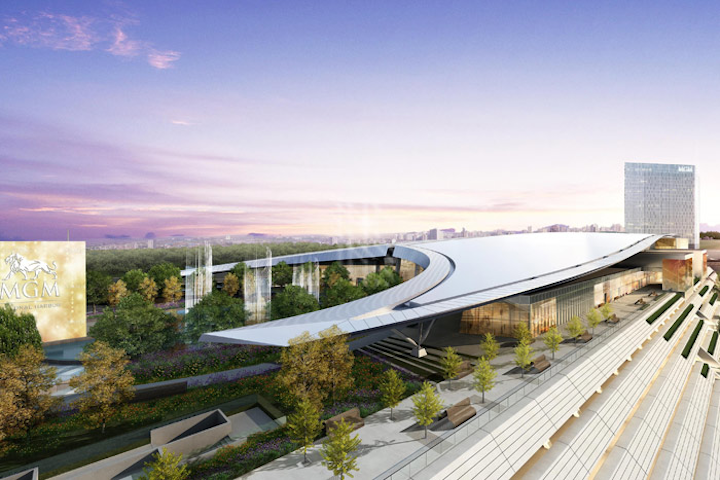 Looking for a new venue to host your next event? Here are the most anticipated Washington restaurants, corporate event venues, hotels, conference centers, and party rooms to open next year. These new and renovated Washington venues will accommodate groups large or small for private and corporate events, conferences, meetings, weddings, business dinners, teambuilding activities, cocktail parties, and more.

1. The $1.3 billion MGM National Harbor resort is slated to open the second half of 2016. Located in Maryland on the eastern shore of the Potomac River, the 24-story, 308-room resort will include 27,000 square feet of meeting space and a 125,000-square-foot casino. In addition, MGM National Harbor will offer a spa, an entertainment venue, and retail. It also aims to be a dining destination: chef José Andrés will open a restaurant with a focus on seafood, New York-based chef Marcus Samuelsson will open his first D.C.-area restaurant, and Bryan and Michael Voltaggio will open a contemporary steak house.

2. The Smithsonian’s much-anticipated National Museum of African American History and Culture is slated to open in the fall. The museum is located on the National Mall adjacent to the Washington Monument. Its mission is to tell the American story through the lens of the African-American experience.

3. Trump International Hotel, Washington, D.C. is slated to be completed in the fall. The $200 million redevelopment of the Old Post Office on Pennsylvania Avenue will include 263 guest rooms and suites, as well as a spa and dining options. The hotel will offer 38,000 square feet of meeting and event space, with an ornate 13,200-square-foot Grand Ballroom.

4. Famed sushi chain Nobu is planning to open a D.C. outpost in fall 2016. The 11,600-square-foot restaurant will be located in the West End. Nobu DC is slated to include two private dining rooms as well as two private patios.

5. Morrison House in Old Town Alexandria will close in February and reopen in April after a multimillion-dollar renovation and redesign. The hotel’s Grille at Morrison House will close permanently on January 18 and reopen as a new 70-seat restaurant and bar. Los Angeles-based designer David Hill will be responsible for the design. Morrison House’s redesign will include a new signature ballroom with 985 square feet of meeting and event space.

6. Chef Aaron Silverman is opening a second Barracks Row restaurant, a fine-dining establishment that will be a sister restaurant to the buzzy Rose’s Luxury. Pineapple and Pearls is slated to open in early 2016 and will offer a small café with pastries and to-go sandwiches during the day. In the evenings, it will offer a prix-fixe tasting menu. Unlike Rose’s Luxury, Pineapple and Pearls will take reservations.

7. Ladurée is headed to Georgetown. The renowned French macaron bakery is planning to open at 3060 M Street Northwest. This will be the fourth Ladurée in the United States.

8. The restaurant group behind Founding Farmers is slated to open a new restaurant in the fall in Mount Vernon Triangle. Grizform Design Architects is designing Farmers & Distillers, which will include an on-site distillery. The 12,000-square-foot restaurant will have room for 300 guests.

10. In the spring, Kimpton Hotels & Restaurants will open its 10th Washington-area hotel property, Kimpton Glover Park Hotel. Kimpton is currently redesigning the guest rooms, public areas, restaurant, outdoor space, and meeting spaces of the 154-room Savoy Suites Hotel. The hotel will include a new 1,860-square-foot ballroom with natural light and room for as many as 150 guests.