2018 Preview: 10 Most Anticipated Los Angeles Venues for Meetings and Events

The hotels, conference spaces, restaurants, and cultural spaces slated to open in Los Angeles for events and entertaining this year. 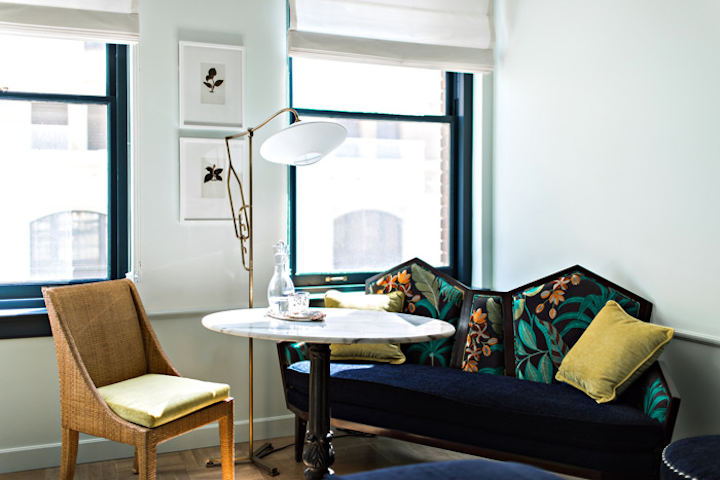 Looking for a new venue for your next event? Here are the most anticipated Los Angeles restaurants, corporate event venues, hotels, conference centers, and party rooms slated to open in 2018. These new and renovated Los Angeles venues will accommodate groups large or small for private and corporate events, conferences, meetings, weddings, business dinners, teambuilding activities, cocktail parties, and more.

1. The long-anticipated NoMad Los Angeles is slated to open in late January. Located in the historic Giannini Place building downtown, the 241-room hotel is designed by Jacques Garcia and features the first west coast restaurant from chef Daniel Humm and restaurateur Will Guidara (the team behind the NoMad New York City and the restaurant Eleven Madison Park). The property offers 10,000 square feet of event space, including a 5,178-square-foot rooftop that holds 450, a 2,375-square-foot mezzanine restaurant that seats 100 or holds 275 for receptions, and a suite that holds 30. There are also two private dining rooms, a coffee bar, and more.

2. The first Autograph Collection hotel in Los Angeles will open on February 21 on 26 acres in the former Marriott Manhattan Beach space. The 392-room Westdrift Manhattan Beach boasts more than 35,000 square feet of indoor-outdoor event space, including 18 meeting rooms, a ballroom, and three additional venues for weddings and corporate events. There is also a restaurant with cuisine by chef Octavio Sabado, a fitness center, and a nine-hole golf course.

3. Restauranteur David Chang is expected to expand his Momofuku empire to downtown Los Angeles in early 2018. Majordomo will be located in a 5,000-square-foot warehouse space on the outskirts of Chinatown, and is expected to focus on family-style portions of meat and produce. A Los Angeles location of Milk Bar, Momofuku’s dessert shop offshoot, is also expected to open in 2018; no location has been announced.

4. After 42 years in New York, the Insitute of Culinary Education is expected to open a location in Los Angeles in early 2018. Taking over the Pasadena facility formerly occupied by Le Cordon Bleu, the venue will offer career-training programs and a hospitality management program. Owners also hope to add a chocolate lab, a culinary technology lab, and recreational classes and special culinary events. ICE will be available for corporate entertaining and teambuilding, as well as social events and dinners.

6. Yardbird Southern Table is slated to open in the Beverly Center in the spring. The 6,000-square-foot restaurant by restaurateur John Kunkel will feature a modern take on Southern cuisine, with shared plates, farm-fresh ingredients, and plenty of fried chicken. Yardbird also has locations in Miami Beach, Las Vegas, and Singapore.

7. Proper Hotels plans to open Proper DTLA this summer in the former Y.W.C.A building on the Historic Broadway Corridor downtown. Designed by Kelly Wearstler, the 148-room hotel will feature three restaurants, a rooftop pool and lounge, and unique suites and public areas such as a library with original ceiling frescos and a basketball court-turned-screening room. A Santa Monica location of the hotel chain is scheduled to open in early 2019.

8. The first west coast property under Marriott International and Ian Schrager’s Edition brand is slated to open on the Sunset Strip in West Hollywood in October. The 190-room Edition West Hollywood is being developed by the Witkoff Group and New Valley, and will have 20 luxury residences, 5,200 square feet of meeting space, a signature restaurant and nightclub, and a rooftop pool.

9. Josh Skenes—the founder of Saison, a San Francisco restaurant with three Michelin stars—plans to open a casual concept in the Beverly Center in the fall. Angler will have an emphasis on seafood and a dining room with 100 seats, maritime decor, a full bar, lounge areas, and a wine cellar. Skenes is partnering with Mark Bright and investor group Terra Ventures to form Saison Hospitality Group, which will manage the project.

10. Oceanwide Plaza, a mixed-use project being built adjacent to the Staples Center and L.A. Live downtown, is slated to open Los Angeles’s first Park Hyatt in 2019. The 184-room luxury hotel, designed by Studio Munge, will have 34 suites, meeting and event space, and a spa and wellness facility.