Silver trays of caviar, 100 Persian rugs, fireworks, Duran Duran playing on a barge—and glass after glass of vodka—made for an over-the-top American debut for Imperia.

The steppes, the despots, the revolutions—things in Russia tend to be larger than life. It’s no wonder Roustam Tariko, founder of the Russian Standard Company, went big with a party celebrating the American launch of Imperia Vodka, which brought about 1,600 people—socialites, fashion types, and celebrities among them—to Liberty Island. Not one but two supermodels (Natalia Vodianova and Helena Christensen) cohosted, as everyone milled about the skirts of Lady Liberty, sipping cocktails and sampling from the oversize caviar bar while the Manhattan Chamber Orchestra played music by Russian composers.

One hundred Persian rugs strewn with cushy pillows, silver trays of caviar, appetizers, and Imperia echoed the 19th-century royal Russian tradition of zakuski: a predinner picnic of appetizers and vodka shots. The carpets also provided guests posh areas to lounge on the ground without having to worry about getting grass-stains on their Dolce & Gabbana. Scores of glass lanterns hung from the treetop canopy to create an ethereal atmosphere, while Russian belly dancers, fortunetellers, storytellers, and traditional musicians entertained.

Later, guests noshed on such decadent Russian delicacies as carved whole roasted sturgeon with dill caviar cream, juniper-scented roast suckling pig, and beef Stroganoff at the dinner buffet. Tentation’s meal was followed by a 20-minute fireworks display by Grucci and a dessert of strawberries and chocolate, as well as an hourlong show from Duran Duran, who performed on a barge just off the island.

After the concert, Tariko announced a donation of $200,000 to the Naked Heart Foundation, founded by Vodianova to benefit underprivileged Russian children, and pledged a like amount to children’s health and safety organizations in states devastated by Hurricane Katrina. Donations aside, the opulent affair was rumored to cost $3 million.

Tariko himself insisted on the only-in-New York venue, and worked with José Arragon, the company’s American liaison, the event’s executive producers at KCD, and event production firm Strive Associates to secure the space. Among the project’s challenges were hoping the weather cooperated (it did), and shipping all the supplies to the island. “Everything had to go on a barge,” a KCD rep told us. “Also, it’s a national park, so we couldn’t do anything while the park was open, and couldn’t do anything to disrupt the park itself for other visitors. Logistically, it was really, really, challenging. We had to plan short spurts of production time.”

Security was also a major issue—two rounds of airport-style security checks, provided by GSS Security Services in tandem with the National Park Service, cleared visitors, who didn’t seem to mind, in light of the extravagant precursor to the fanfare and buzz of Fashion Week. 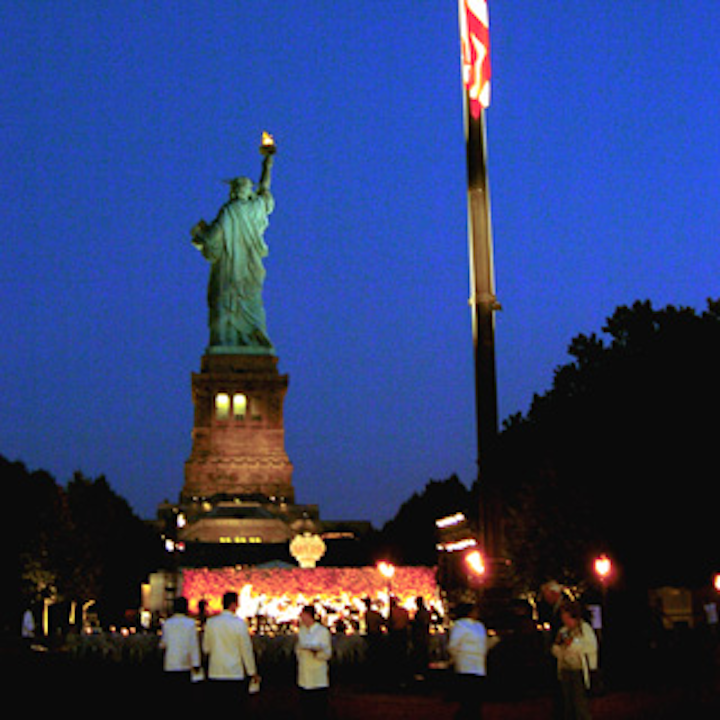 The Statue of Liberty on Liberty Island provided a one-of-a-kind backdrop for the 1,600 guests at Imperia Vodka's U.S. launch. 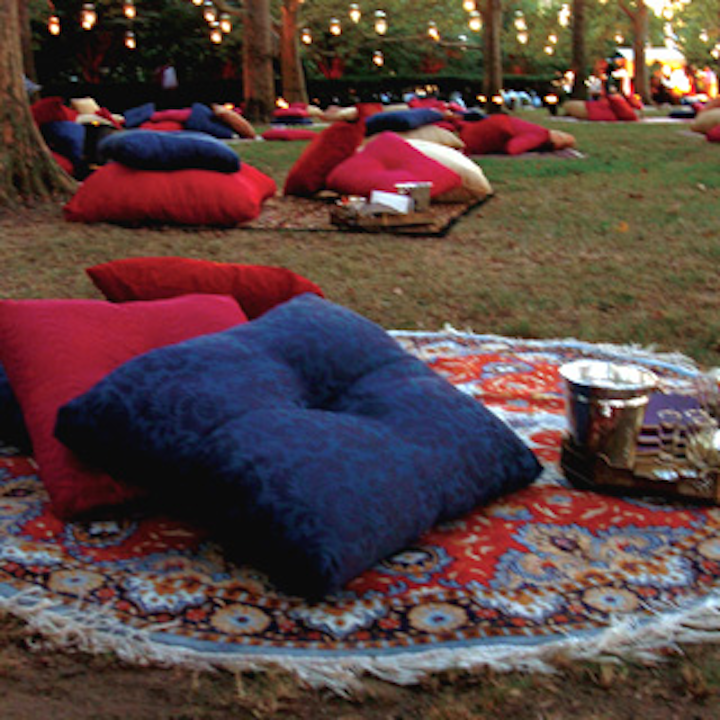 One hundred Persian rugs strewn with cushy pillows, silver trays of caviar, appetizers, and Imperia were scattered around the park. Scores of glass lanterns hung from the treetop canopy to create an ethereal atmosphere. 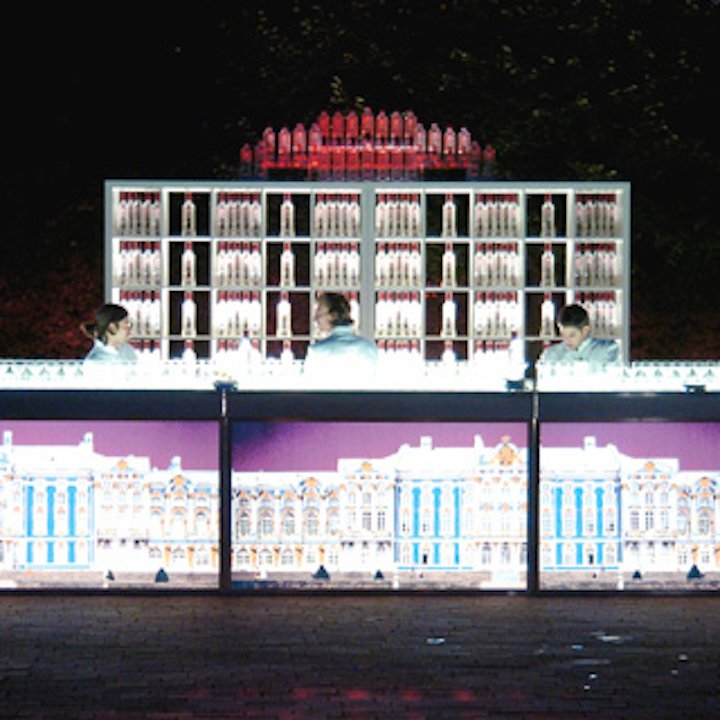 Shot after shot of Imperia vodka was served from a vibrant, illuminated bar. 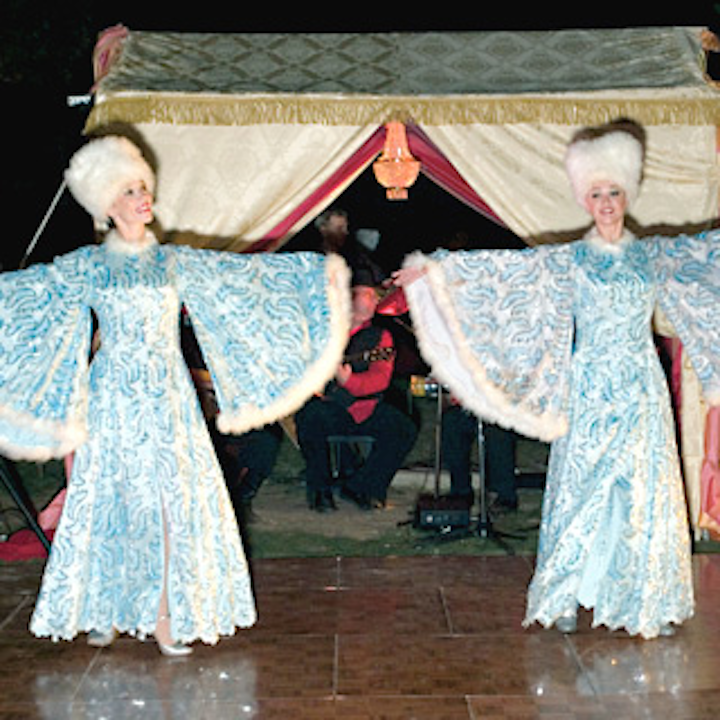