More than 50 of D.C.'s celebrity athletes got up close and personal with their fans during the fifth annual SneakerBall.

Mascots, cheerleaders, a marching band, and an abundance of D.C.’s professional athletes and Olympians swarmed the National Building Museum last Tuesday for SneakerBall, the annual gala and auction hosted by the Greater Washington Sports Alliance, a nonprofit that attracts and promotes sporting events in the D.C. area. Many of the gala's 900 attendees adhered to the evening's playful dress code, accessorizing black-tie attire with (surprise, surprise) sneakers.

During the pre-dinner cocktail reception, servers circulated hors d'oeuvres such as tuna skewers and risotto bites and silent auction tables featured big-ticket sports items such as a basketball autographed by Kobe Bryant and a golf package with NFL Hall of Famer Darrell Green. Although fans congregated to take photos with Washington Redskins cheerleaders and team mascots, they were most excited to see local celebrity athletes such as Shawn Springs of the Redskins, Andray Blatche of the Washington Wizards, and Georgetown University basketball coach John Thompson. “People enjoy the proximity to the sports legends,” said Greater Washington Sports Alliance director of development Keri Ann Meslar, “so we put athletes at every [major] sponsor table during dinner.”

The evening's program included the induction of the 2008 Hall of Champions and the inaugural presentation of the "D.C. Sportsman of the Year" award presented by Capital One. Three projection screens hung over the venue's grand columns, displaying videos of the inductees and other graphics for the show. During the ceremony, co-hosted by News-4 sports anchor Lindsay Czarniak and Washington Wizards announcer Steve Buckhantz, guests dined on a Windows-catered meal of aged beef tenderloin and a Maryland lump crab cake with Cajun remoulade, followed by a dessert buffet. Black patterned linens covered the tables, which were anchored by centerpieces featuring a single orchid and a floating candle. “Because it is a sports event, we wanted to keep everything simple,” said Meslar.

Washington Capitals hockey player Alex Ovechkin was named "D.C. Sportsman of the Year," and former Redskins players Brig Owens and Brian Mitchell, and NBA Hall of Fame star (and D.C. native) Adrian Dantley were inducted into the 2008 Hall of Champions. The event raised more than $750,000 for the Greater Washington Sports Alliance and its league of charities. 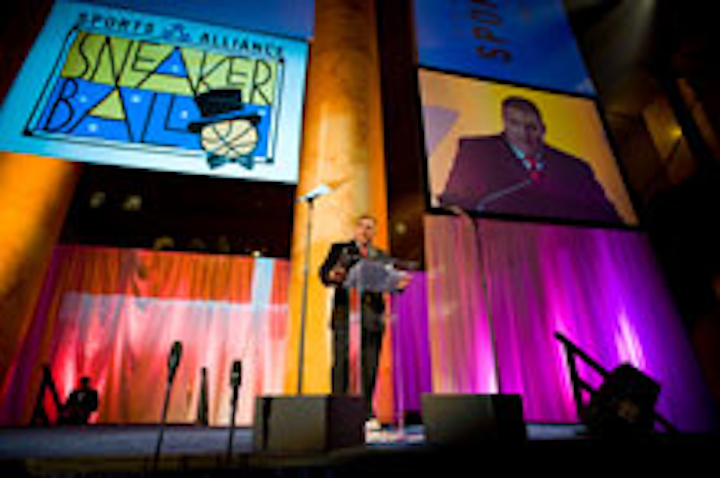 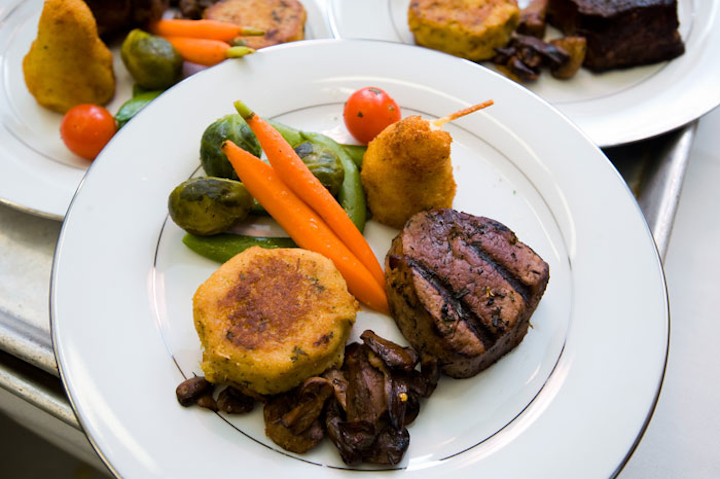 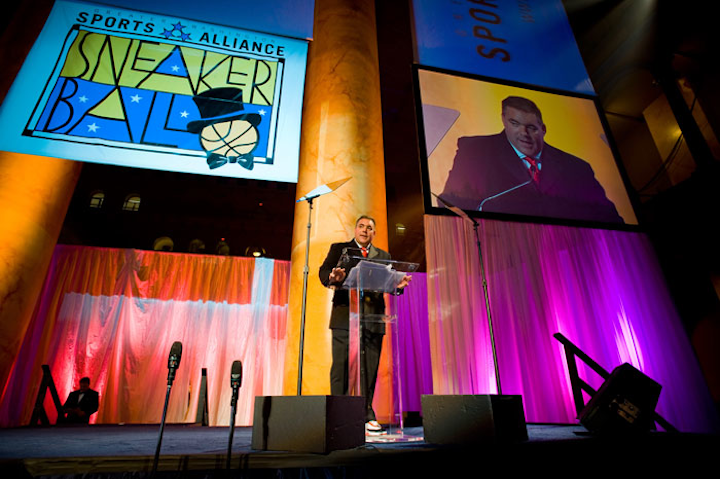 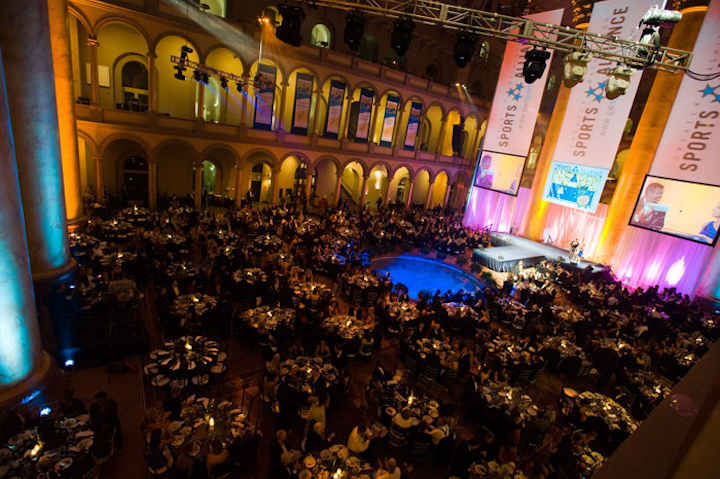 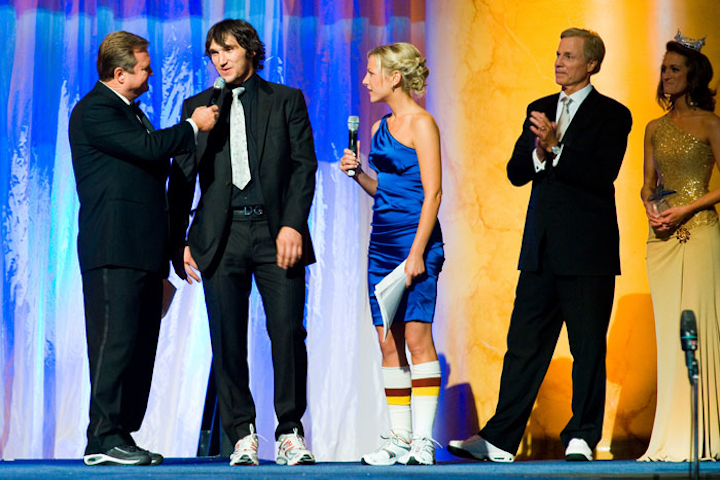