Museum of Science Gala Lets Guests Walk Through a Tornado, Dine Beside a Thunderstorm

On October 23, more than 800 guests—including mayoral hopeful and former White House chief of staff Rahm Emanuel—headed to the Museum of Science and Industry for its annual Columbian Ball. The evening's theme was based on a new permanent exhibition, "Science Storms," which guests got to check out during cocktail hour. The co-chairs were Jim and Andrea Gordon, Jill Garling, and Tom Wilson.

Within the exhibit, a 40-foot simulated tornado proved to be a big draw, with attendees lining up to have photos snapped in the foggy, whirling vortex (sans cocktails, of course—staffers ensured that partygoers put down their drinks before entering the exhibit space). In the museum's rotunda, Heffernan Morgan's custom bars had bases covered in aerial photos of tornadoes and hurricanes. Oversize lamp shades also bore images of storm fronts.

Dinner took place in a heated tent on the museum's front lawn. To keep the theme in place, drop-down screens showcased footage of thunderstorms as a soundtrack of rain, thunder, and lighting boomed out of the speakers. The menu also had inclement-weather inspiration: for dessert, Limelight served mini chocolate cakes topped with cyclonelike nests of spun sugar. 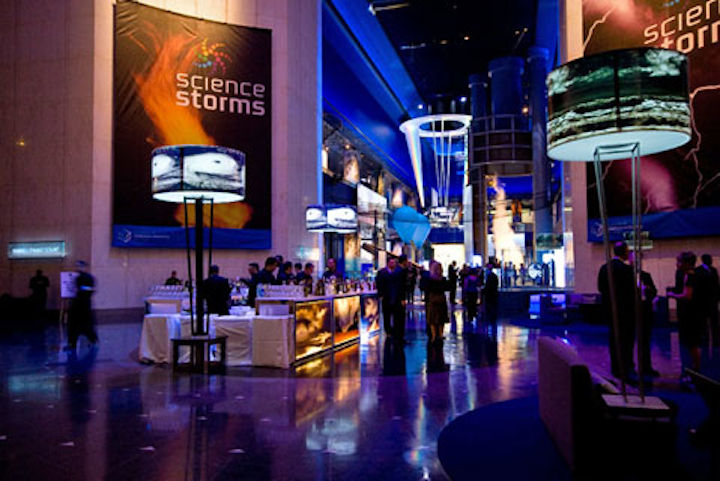 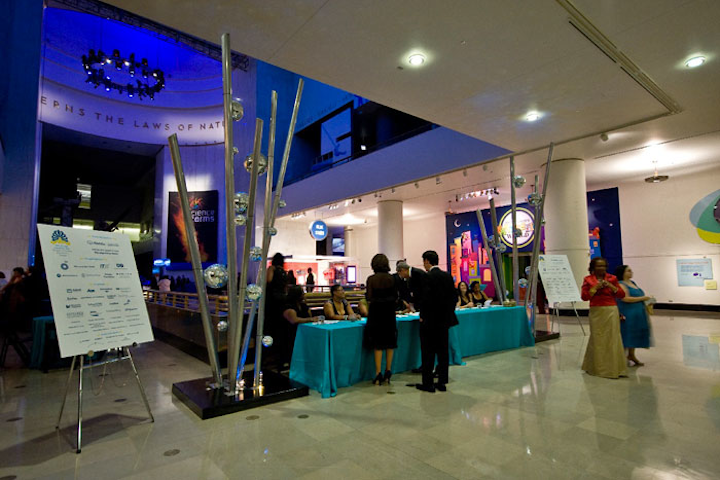 The cocktail reception took place in the museum's rotunda.
Photo: Photography by Tay Kaune for BizBash 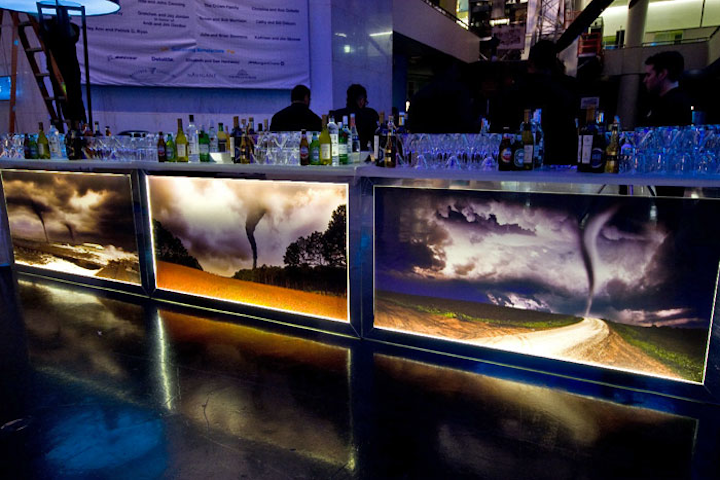 Heffernan Morgan's bars had bases covered in aerial photos of hurricanes and tornadoes.
Photo: Photography by Tay Kaune for BizBash 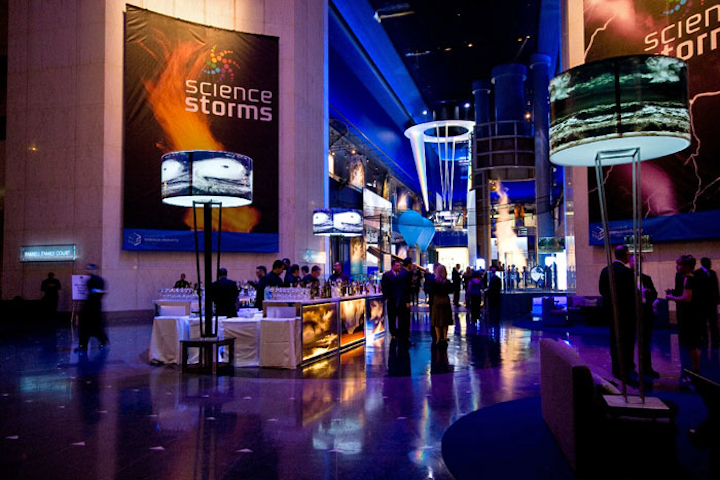 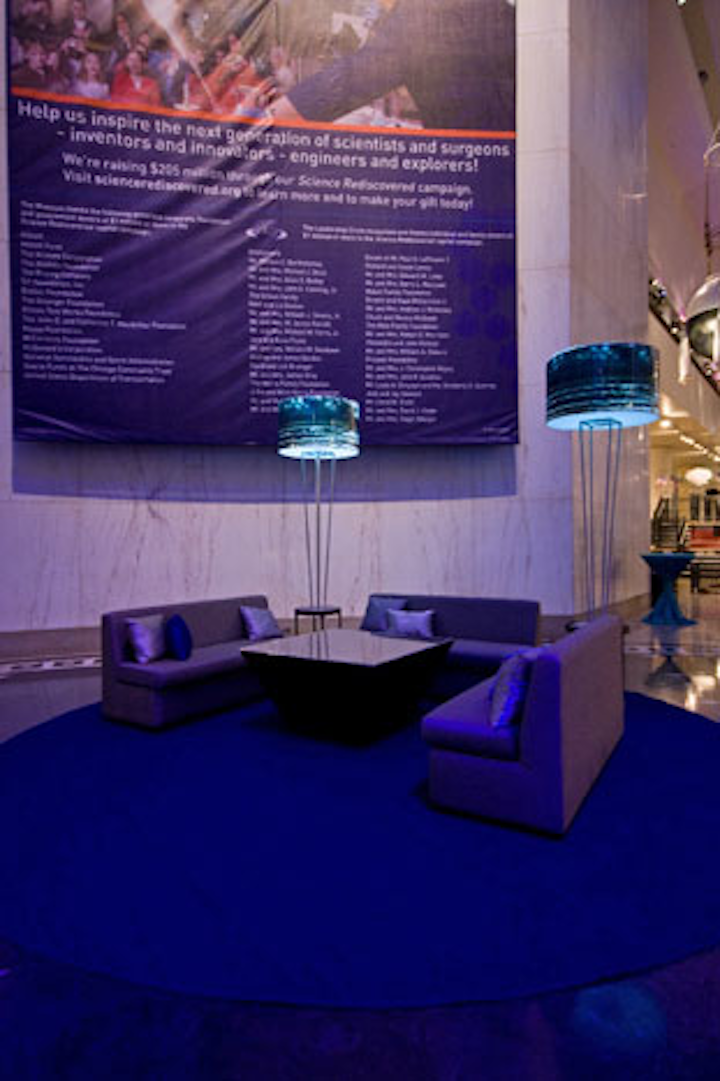 In the rotunda, lounge areas offered cushy seating during the cocktail reception.
Photo: Photography by Tay Kaune for BizBash 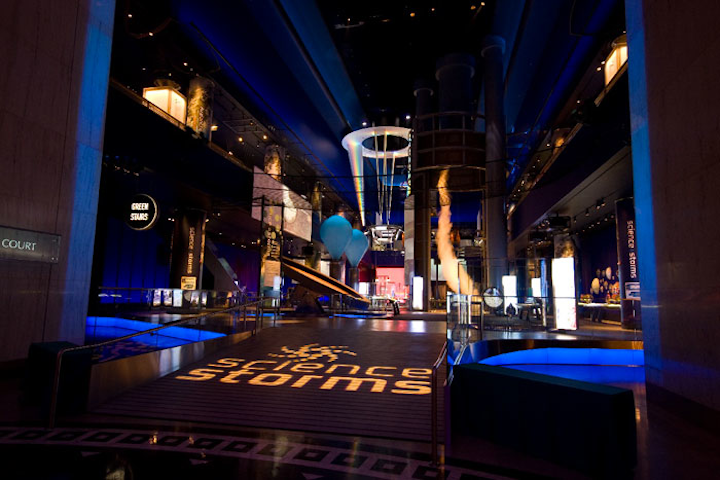 "Science Storms"—a new, permanent exhibition—allowed guests to walk through a 40-foot-tall simulated tornado. Limelight staffers were on hand to ensure guests finished their drinks before heading into the exhibition space.
Photo: Photography by Tay Kaune for BizBash 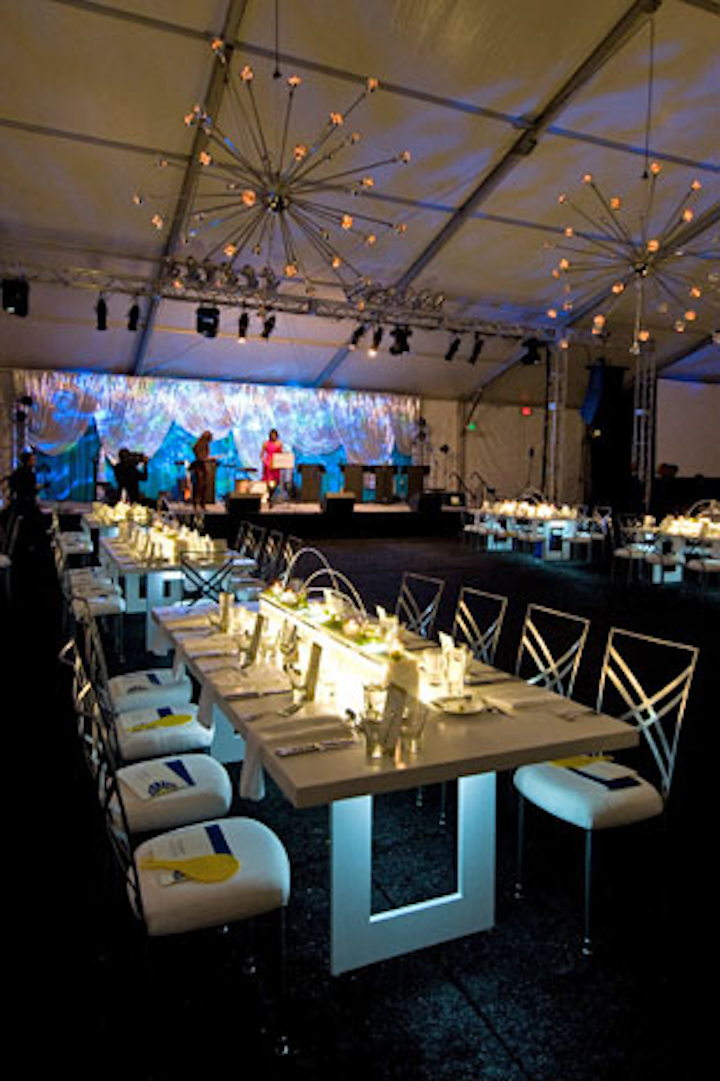 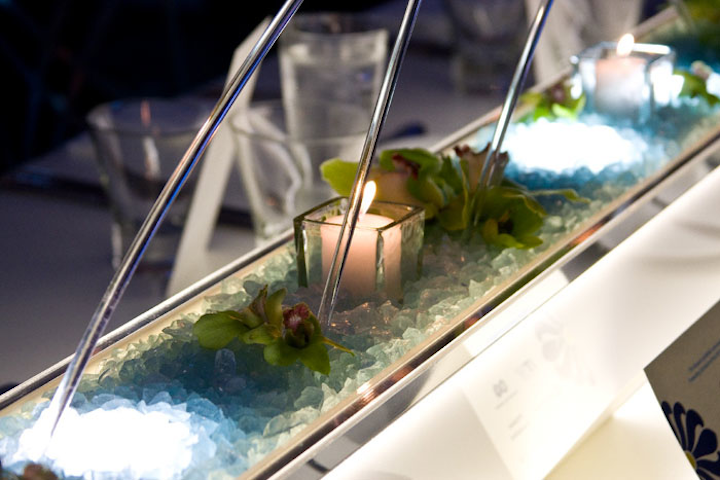 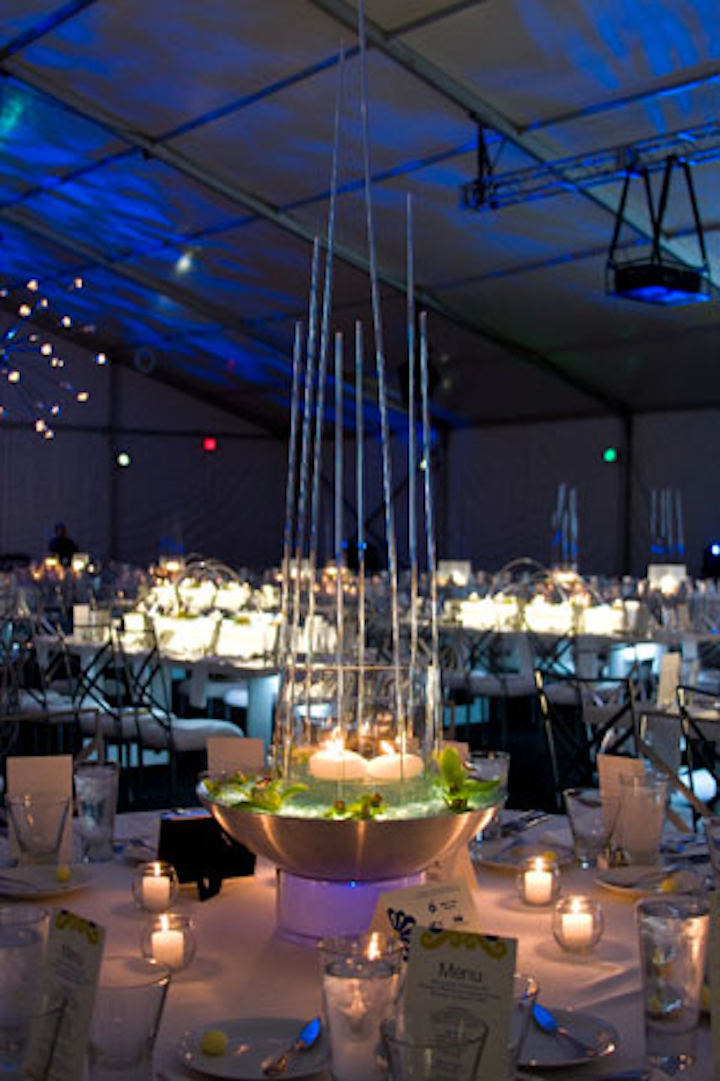 More than 800 guests sat for dinner in the tent. Limelight's menu included an arugula salad with beets, blood oranges, and goat cheese; grass-fed sirloin and Alaskan halibut; and flourless chocolate cake for dessert.
Photo: Photography by Tay Kaune for BizBash 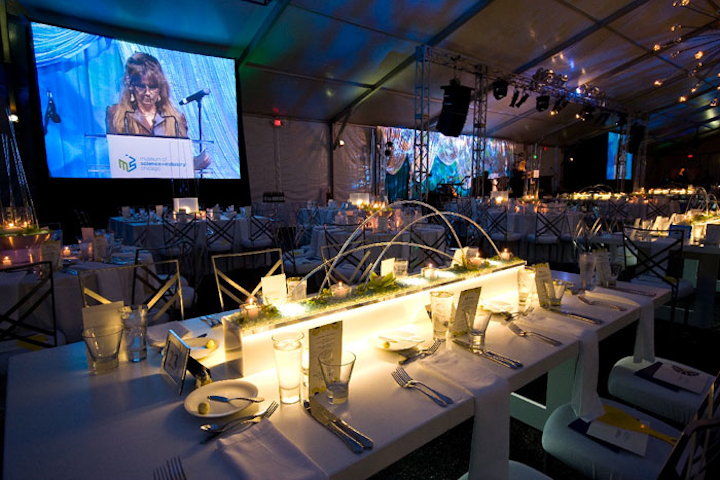 A large screen in the tent broadcast the live auction. Packages included lunch with Mayor Richard Daley and a trip to Vietnam.
Photo: Photography by Tay Kaune for BizBash 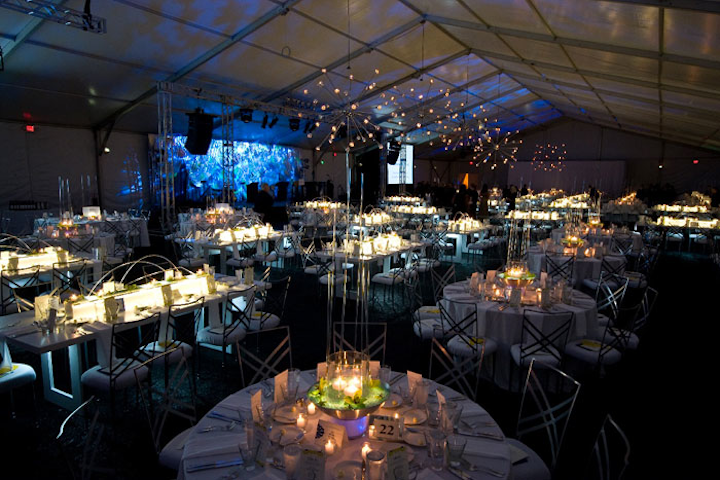 At the end of the night, a band known as Under the Streetlamp: The Stars of Chicago's Jersey Boys, performed oldies in the tent. Though many guests sat through most of the set, nearly all of them got up to dance when the band played "Can't Take My Eyes Off of You."
Photo: Photography by Tay Kaune for BizBash
More in Food Trends