The Hub television network invited guests of all ages to the world premiere screening for its My Little Pony Friendship Is Magic season-two finale episode, “A Canterlot Wedding.” The playful, whimsical event employed a heavy-handed wedding theme—or "bridle party," as it was known—at Royal/T on Saturday. Hub's Dupe Bosu oversaw the event, tapping YourBash! to produce.

"From an event standpoint, we wanted to create a fun environment for both kids and adults, as all ages are fans of the My Little Pony brand," said YourBash!'s Jaime Geffen. To that end, the team designed an event with a garden party wedding feel that included a pink and purple color palette.

Midway through the event, celebrity host Brooke Burke introduced the two wedding episodes scheduled to air April 21 on Hub; she began with a traditional toast and bouquet toss. While watching the show, kids and adults nibbled tea sandwiches, sugar-sprinkled popcorn, and mini crudité cups. Afterward, Burke cut the wedding cake in honor of the pony couple and the crowd shared in the desserts on display. 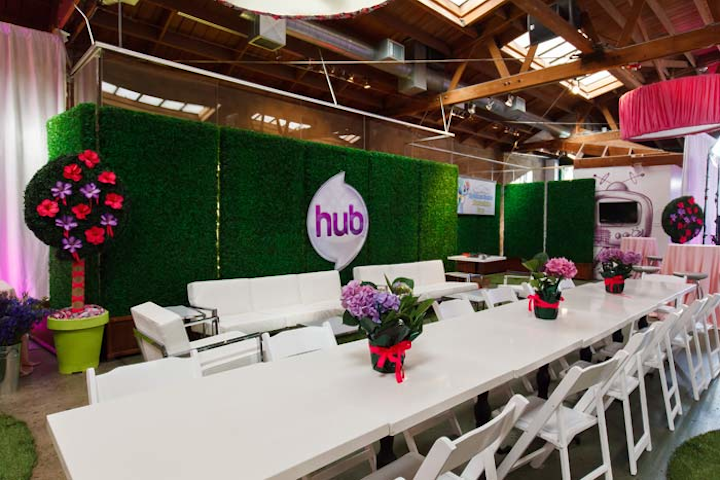 The world premiere event for the My Little Pony Friendship Is Magic season-two finale episode, “A Canterlot Wedding," took over Royal/T with a pink and purple palette.
Photo: Sean Twomey/2me Studios 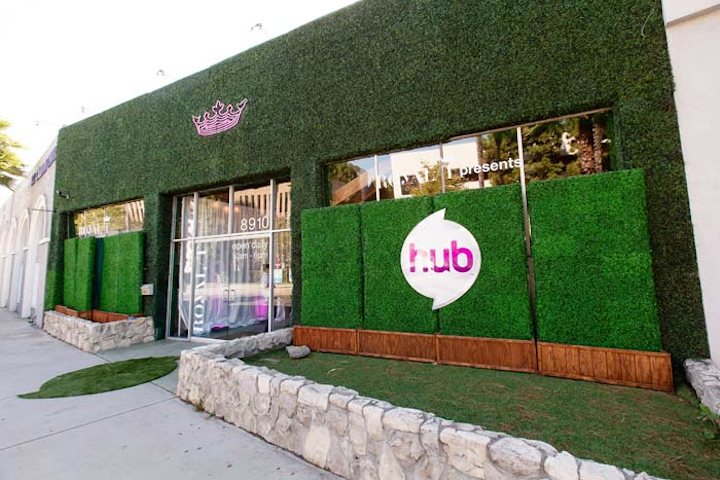 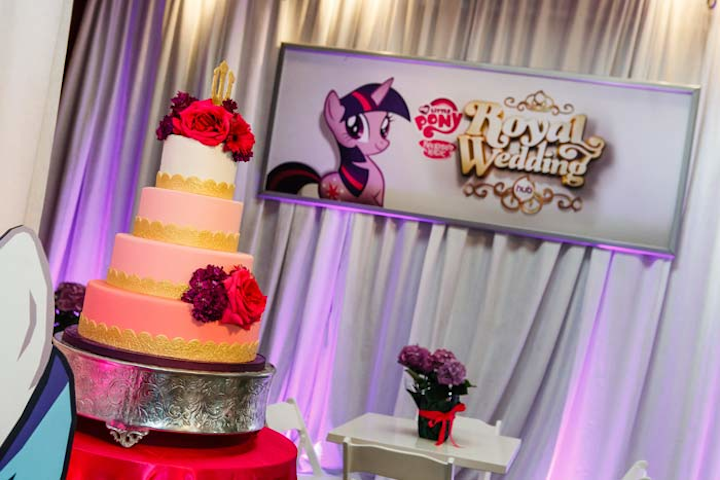 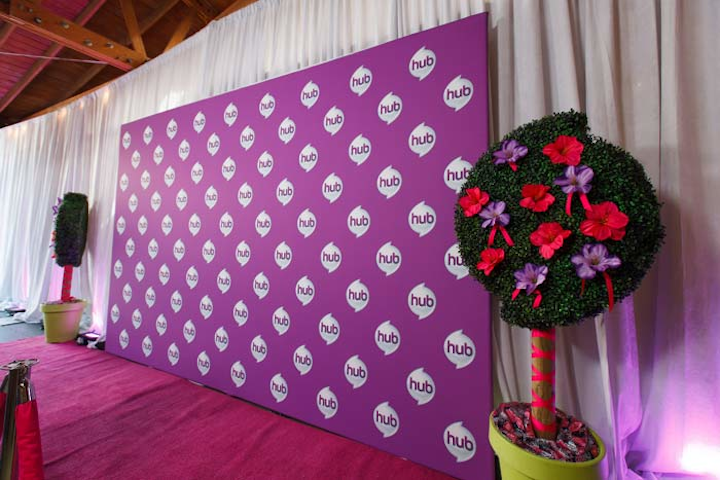 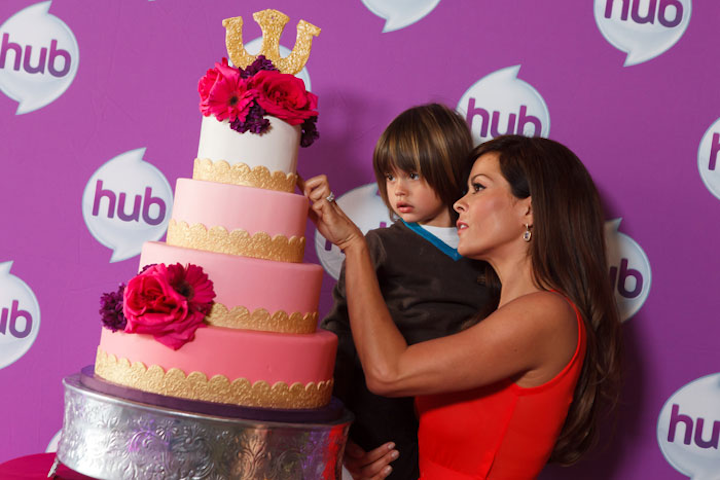 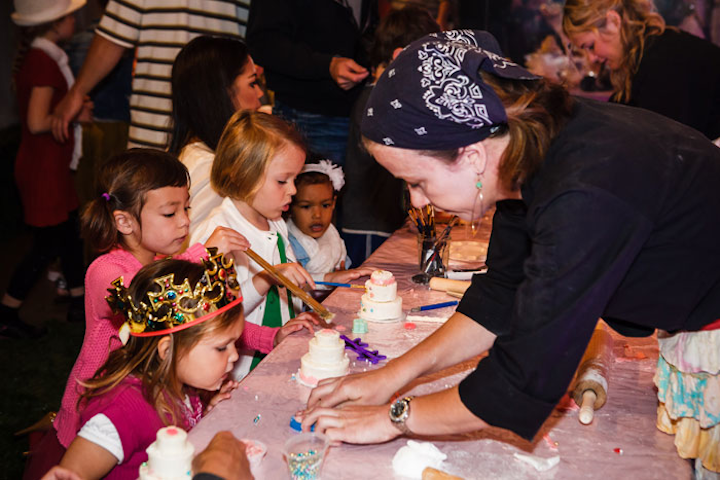 Guests of all ages participated in a variety of activities throughout the party space.
Photo: Sean Twomey/2me Studios 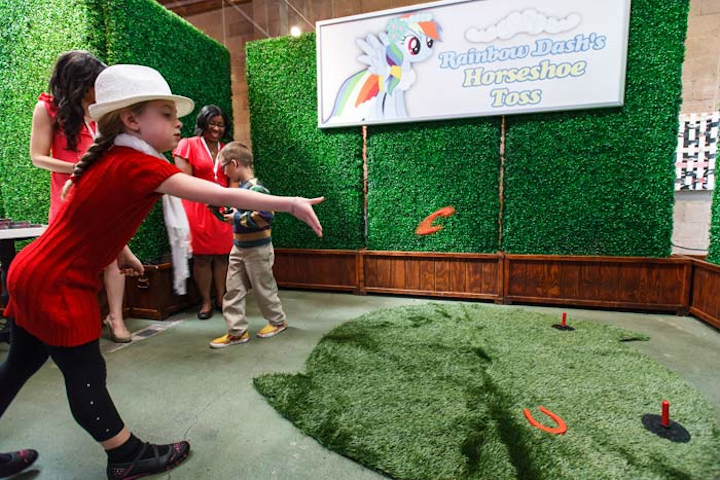 A horseshoe toss was among the activity stations.
Photo: Sean Twomey/2me Studios 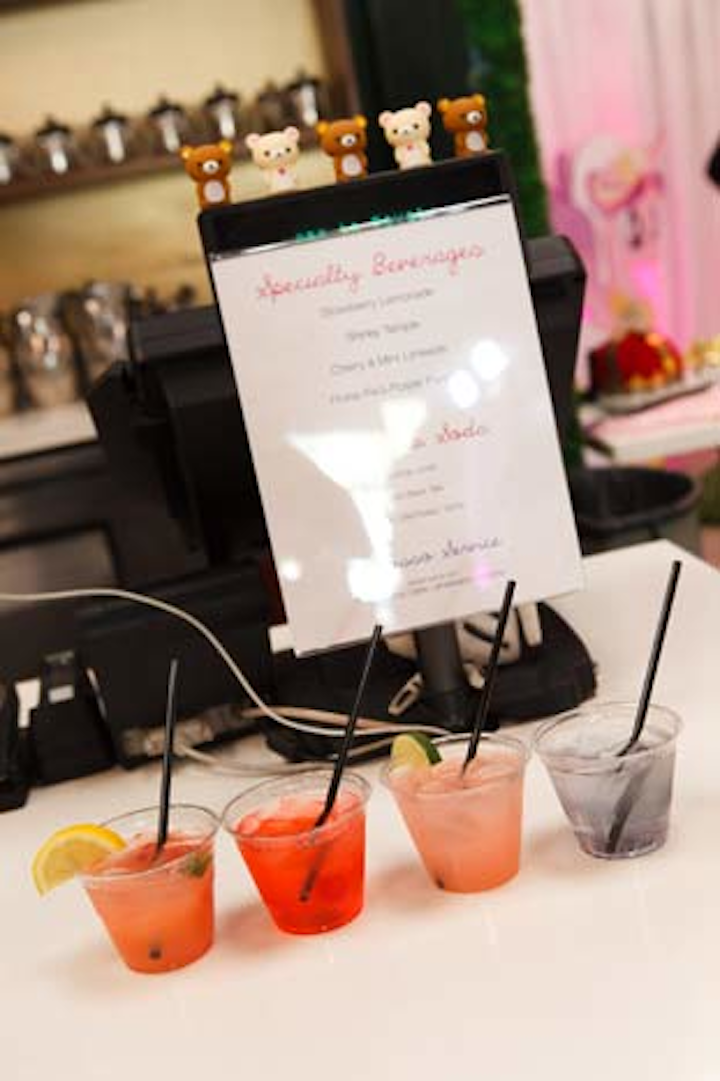