At its 34th annual award gala, the Restaurant Association of Metropolitan Washington used a video booth and silent disco-style headphones to share personal stories about the honorees.

The Restaurant Association of Metropolitan Washington's 34th annual Rammys award show, which honors the best in the Washington, D.C.-area restaurant industry, drew 2,300 people to the Walter E. Washington Convention Center on June 12. Beyond just handing out awards, event hosts used video to turn the industry's players into stars through 30-second clips (via a silent disco) of honorees sharing why they got involved with restaurants.

“There is a lot of mystery around restaurants, and how they operate, with the public, so it’s very important for us as the Restaurant Association of Metropolitan Washington to tell the story of those working in the industry,” said the association's managing director, Julie Sproesser. “Our team at RJ Whyte [Event Production] loved the idea of silent discos, so we took that idea and ran with it.”

The storytelling initiative began two years ago with the creation of DCWorksHere.org, an online video project showcasing testimonials of those in the restaurant industry. It extended to the “Rammys in Focus” photo contest at last year’s event.

This year, Sproesser turned to OM Digital to set up its video OM Booths at the event’s nomination party, which was held at the Hamilton in March, as well as at the finalist breakfast at Jack Rose Dining Saloon in April. Guests at each event could step into the booth and answer one of six questions, covering topics such as what inspired them to enter the industry, their first job, their favorite chef, and the one food that is always in their refrigerator. After event organizers narrowed down the 140 submissions to 45, Bennett Street Media combined the clips into a sizzle reel, which then ran on three projection screens suspended over the dance floor at the award show. Each of the screens showed the answers for two questions, allowing guests to switch through the different channels on the headsets—which were provided at stations and tables around the ballroom—to hear the video stories.

“We weren’t really sure how it would go, but we loved the interactive element and being able to tell those stories—both the serious stories about job opportunities and the fun ones,” said Sproesser.

In addition to the silent-disco videos, guests could participate in the Heineken activation by drawing on its oversize Rammys wall with paint markers. The sponsor also had a photo booth from OM Digital that allowed guests to step inside an oversize TV frame to take their picture, which could then be shared instantly on social media. And, of course, there was plenty of food. Pavilions on the far ends of the ballroom served local cuisine and cocktails from Peru, Argentina, Chile, and newly added Korea.

This year's Rammys handed out awards in 22 categories, including Upscale Casual Restaurant of the Year, Rising Culinary Star of the Year, Best Wine Program, and the coveted Chef of the Year, which went to Scott Drewno of the Source by Wolfgang Puck. 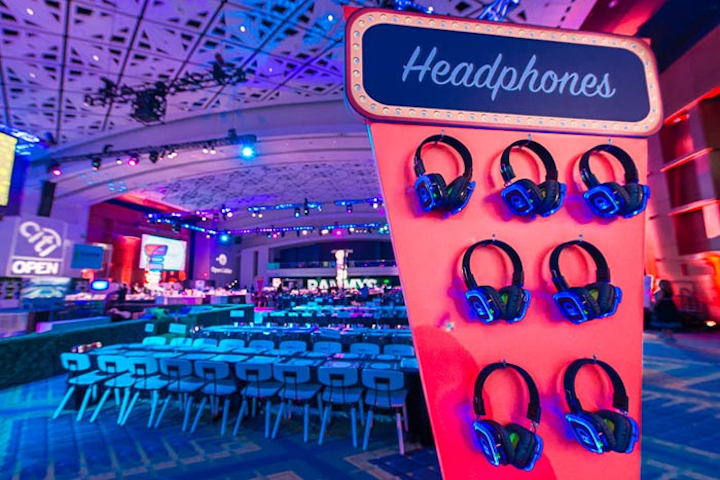 Headphone stations dotted the event space, providing guests an opportunity to listen to industry stories on the video screens above the dance floor. The sponsor lounges for Events DC, OpenTable, and Washington DC Economic Partnership also had headphones on the side tables and ottomans.
Photo: Tony Brown/imijphoto.com 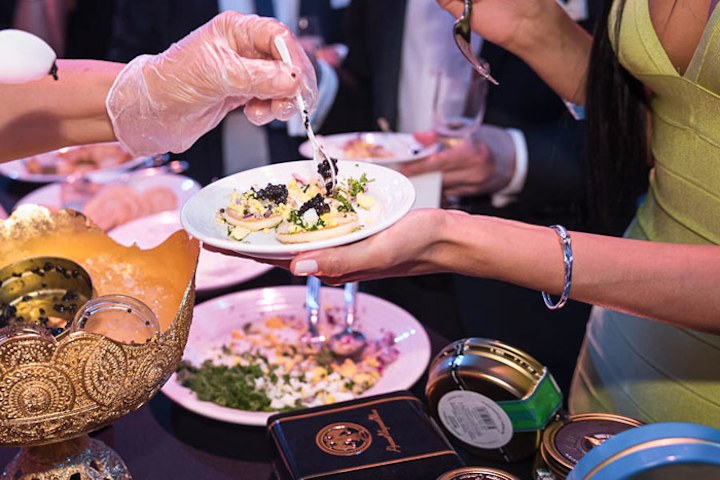 New sponsor Russian Caviar House set up a caviar station with all the traditional toppings including egg, capers, and onions on toast.
Photo: Tony Brown/imijphoto.com 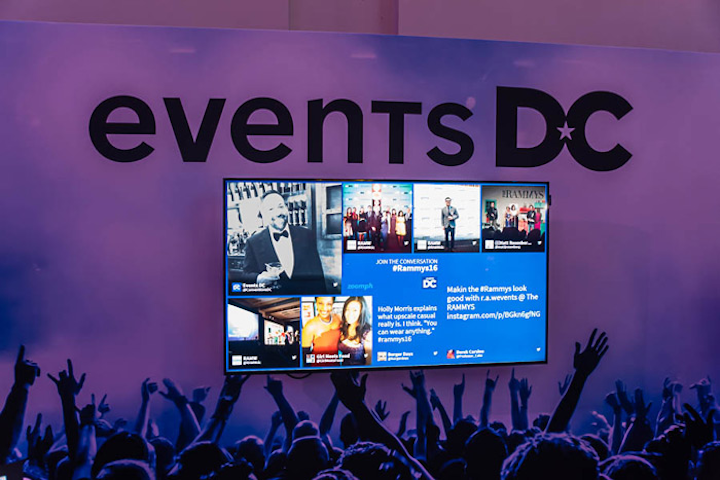 Events DC showcased a live feed of the social-media posts utilizing the event hashtag #RAMMYS16 on a flat screen in its custom lounge.
Photo: Tony Brown/imijphoto.com 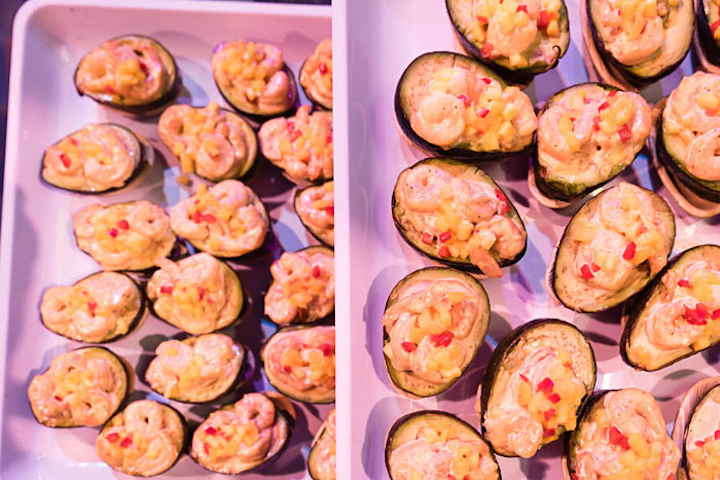 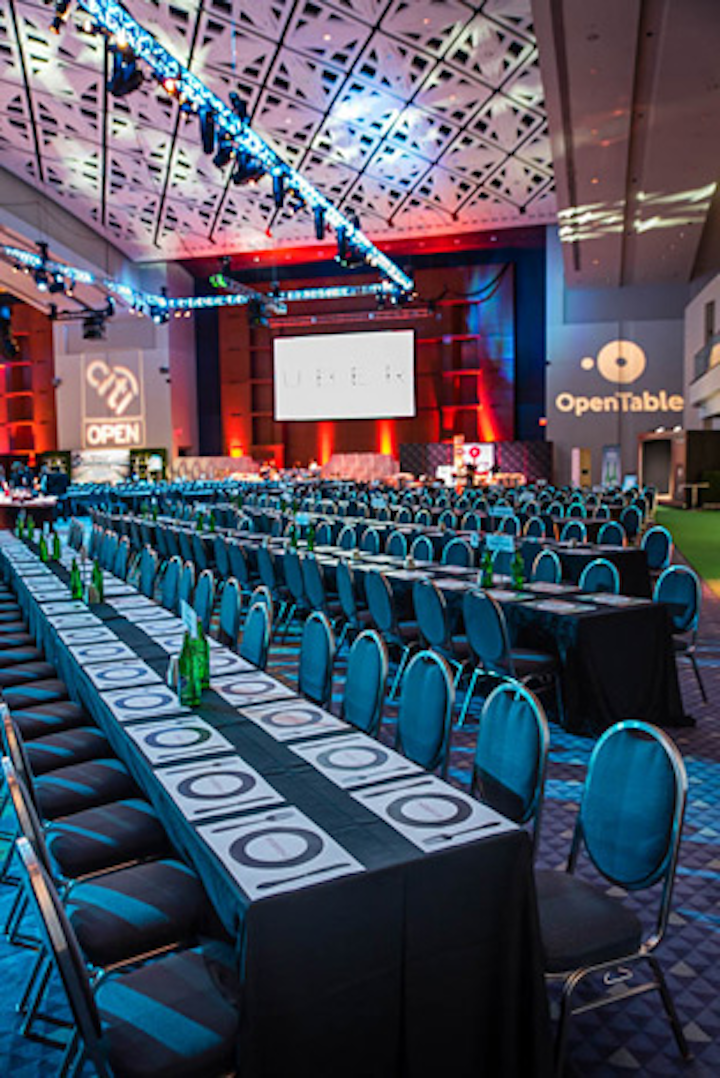 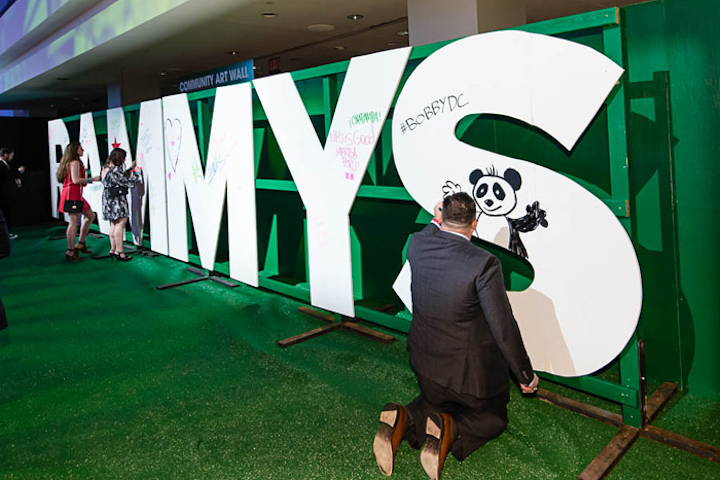 Heineken set up a live art wall for guests to draw on with paint markers throughout the event.
Photo: Tony Brown/imijphoto.com 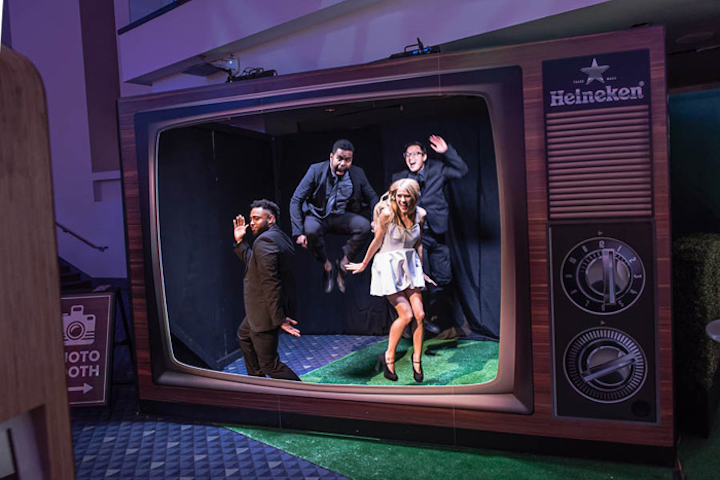 OM Digital provided an oversize TV frame as the staging for its photo booth at the Heineken activation. Guests could then post the photos directly to social media or email the pictures to themselves.
Photo: Tony Brown/imijphoto.com 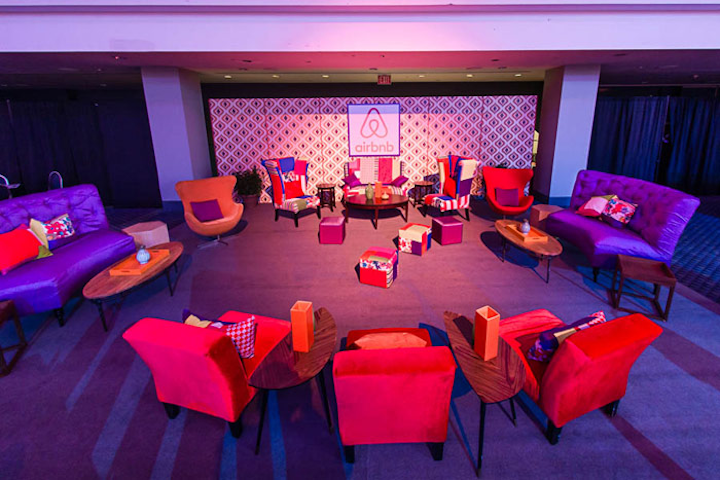 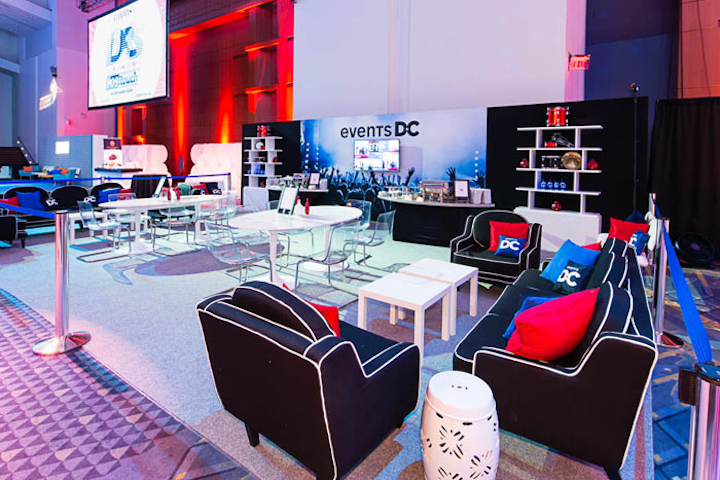 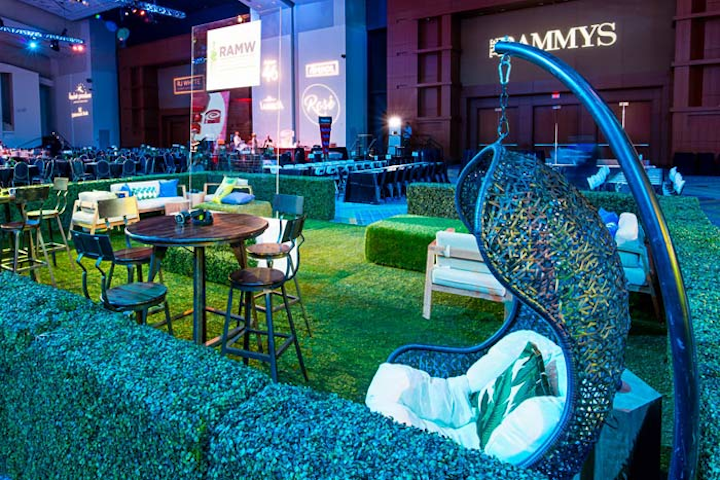 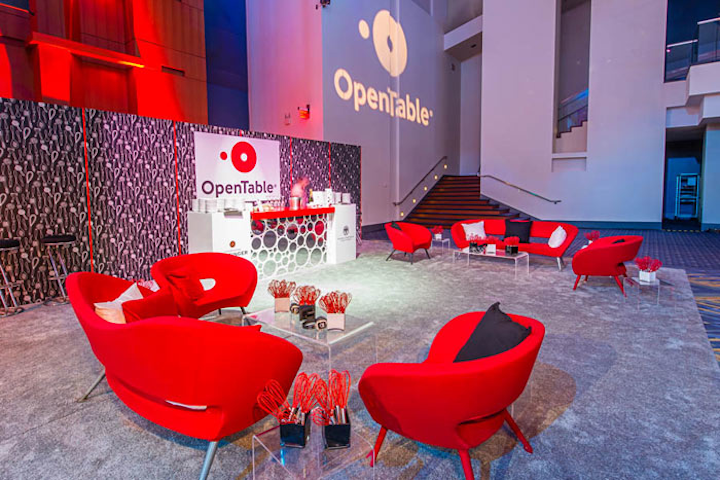 OpenTable increased its sponsorship this year to the $7,500 lounge level where they served caviar and Taittinger champagne.
Photo: Tony Brown/imijphoto.com 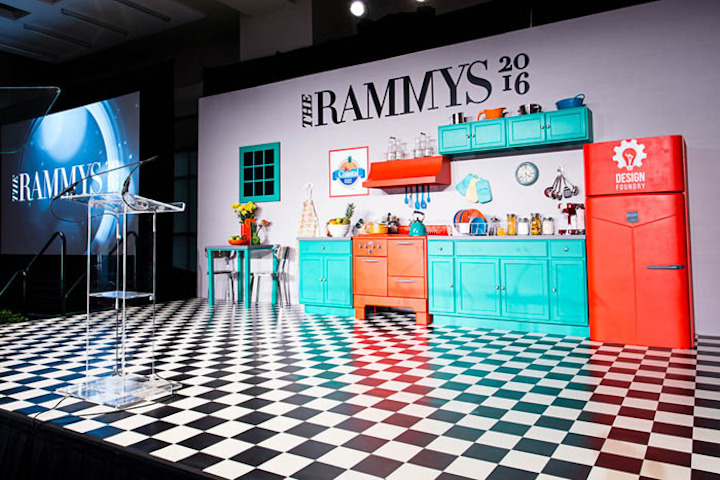 The backdrop to the Rammys award stage featured retro kitchen decor that gave the guests a glimpse into the supper dance's theme.
Photo: Tony Brown/imijphoto.com
More in Food Trends