At the Huntington Theatre Company's "Spotlight Spectacular" gala on May 9, host Zach Braff professed a longtime desire to perform in musical theater. Then the actor lived out his fantasy. Along with theater staffers and Broadway actress Lauren Molina, Braff belted out selections from Les Misérables—wearing a puffy, French Revolution-style white blouse to help set the tone.

"Our artistic director, Peter Dubois, directed Zach in a play Off Broadway last summer and will direct him in a new play that [Braff] wrote this summer" at New York's Second Stage Theatre, said special event manager Shaine Belli. "Zach was happy to come host—and perform a couple of songs—when Peter asked him."

Apart from the decidedly unusual entertainment, "the format of the event was similar to years past," Belli said, adding that there were some subtle changes to the silent and live auctions designed to make bidding easier for guests.

"For the first time this year, we used credit card machines at registration, so guests didn't have to check out and pay for the items they won at the end of the night. Also, rather than having guests fill out forms during our live auction to sponsor a class [field trip] to our student matinee performance, we used bid cards with preprinted dollar amounts." As a result, Belli said, the pledge drive fetched nearly twice as many dollars as it did last year.

Ultimately, the event raked in $850,000 from table sales, ticket sales, contributions, tribute book ads, and the auctions. "This is the most we have ever raised at a gala to date," Belli noted. 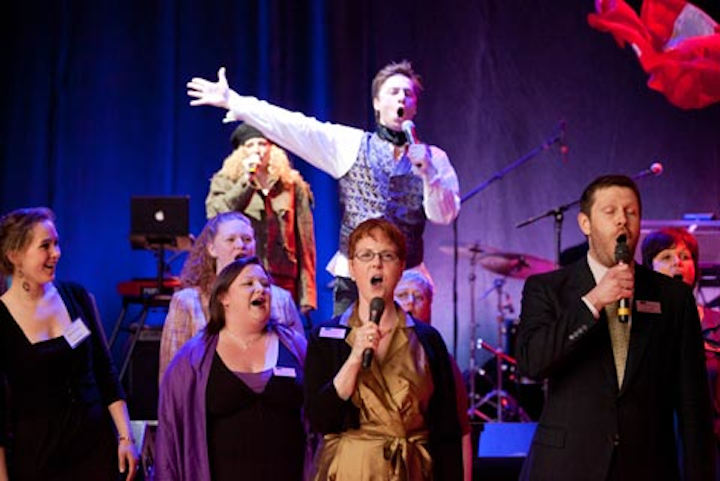 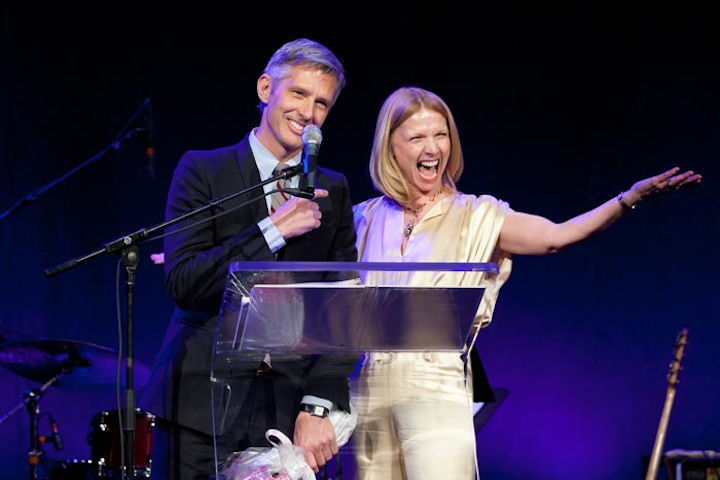 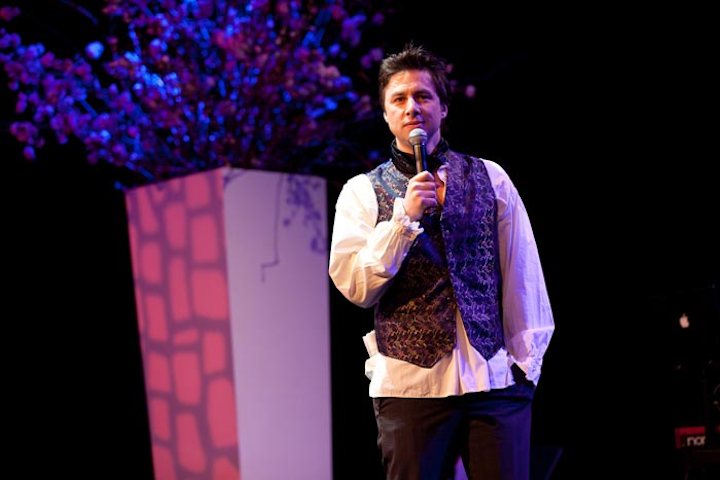 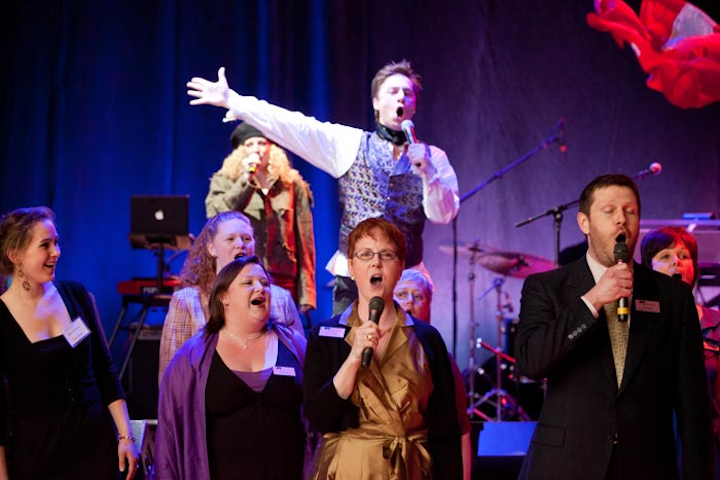 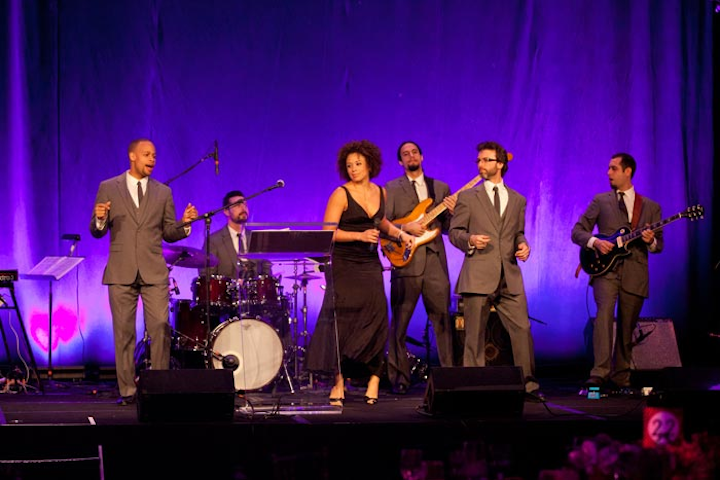 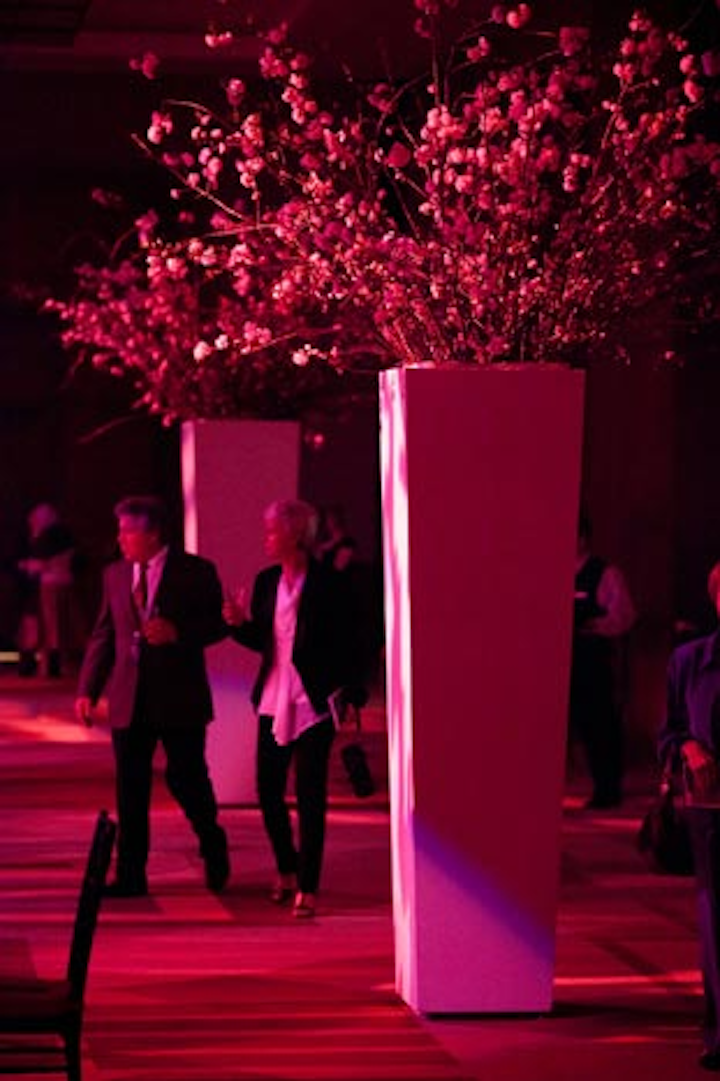 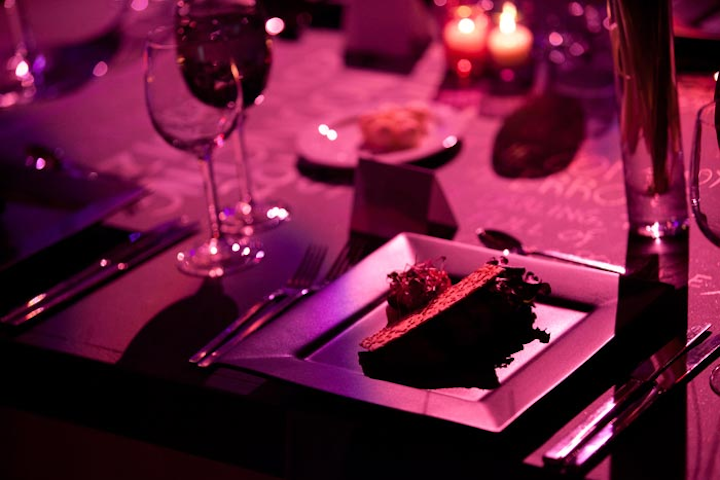 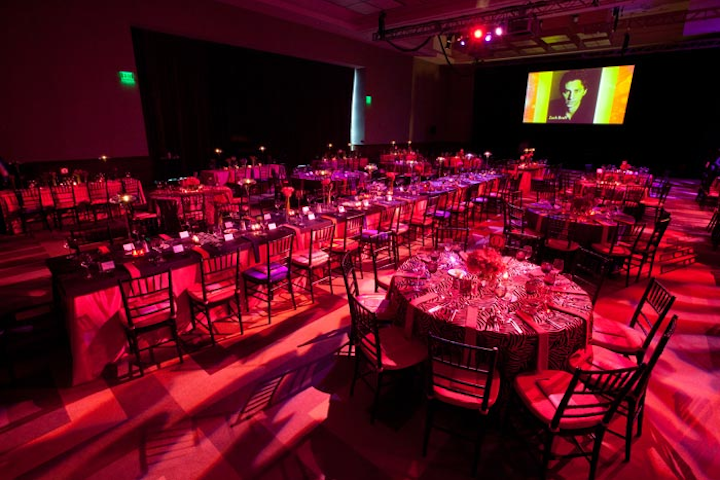 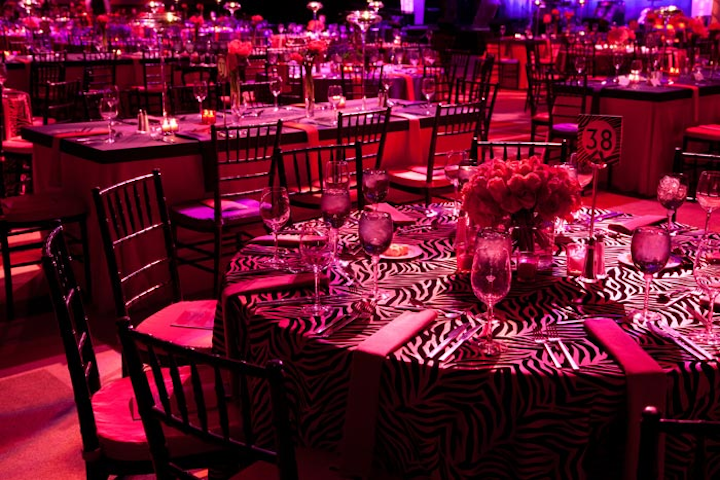 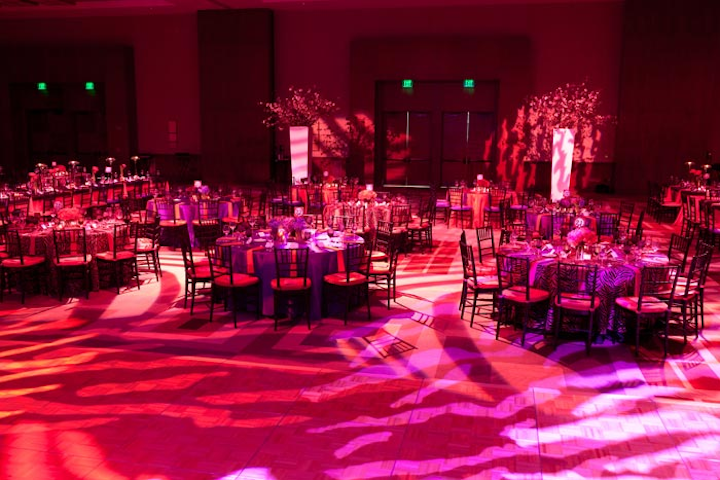 Lighting reflected the zebra-stripe pattern that appeared in some of the linens.
Photo: Michael Blanchard Photography 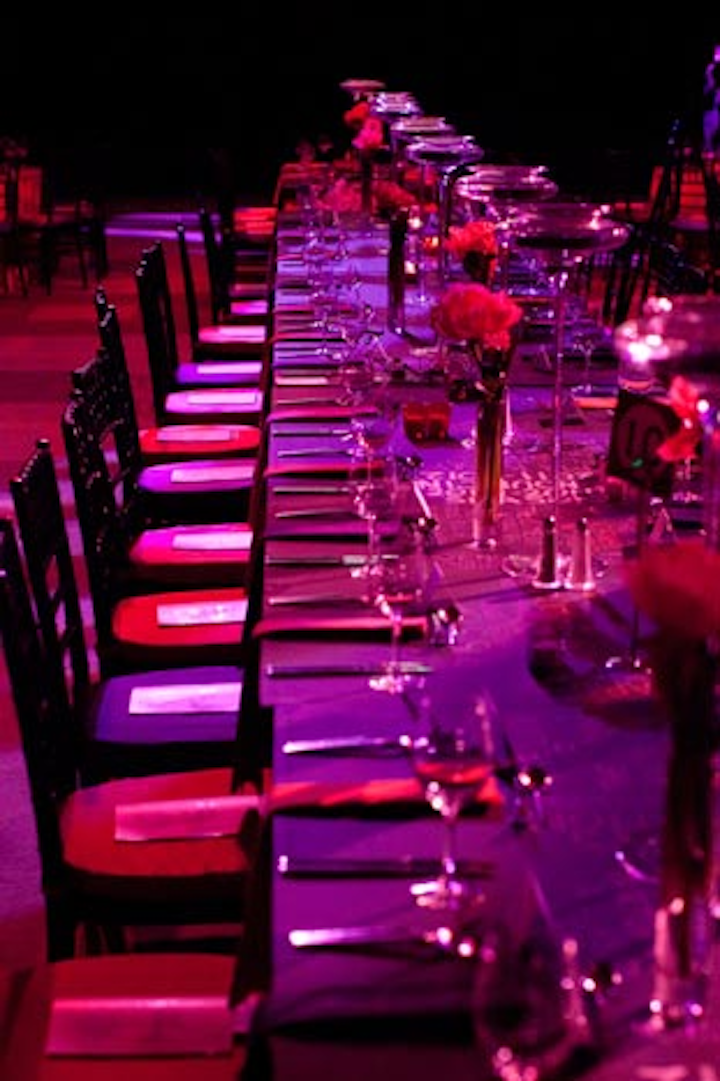 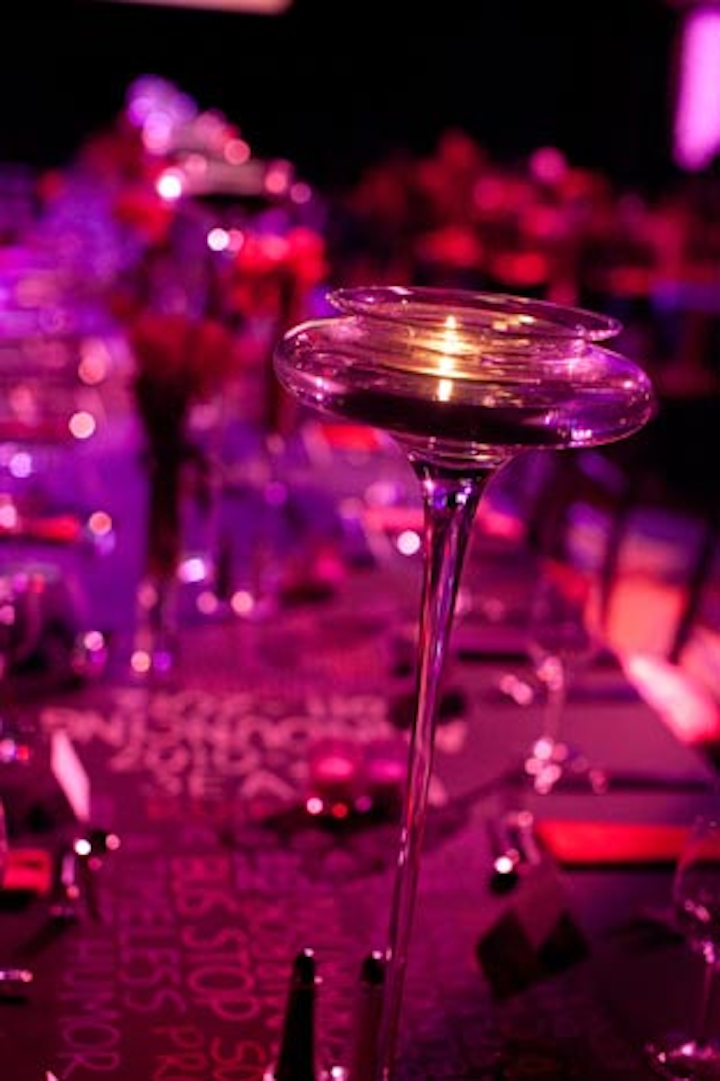 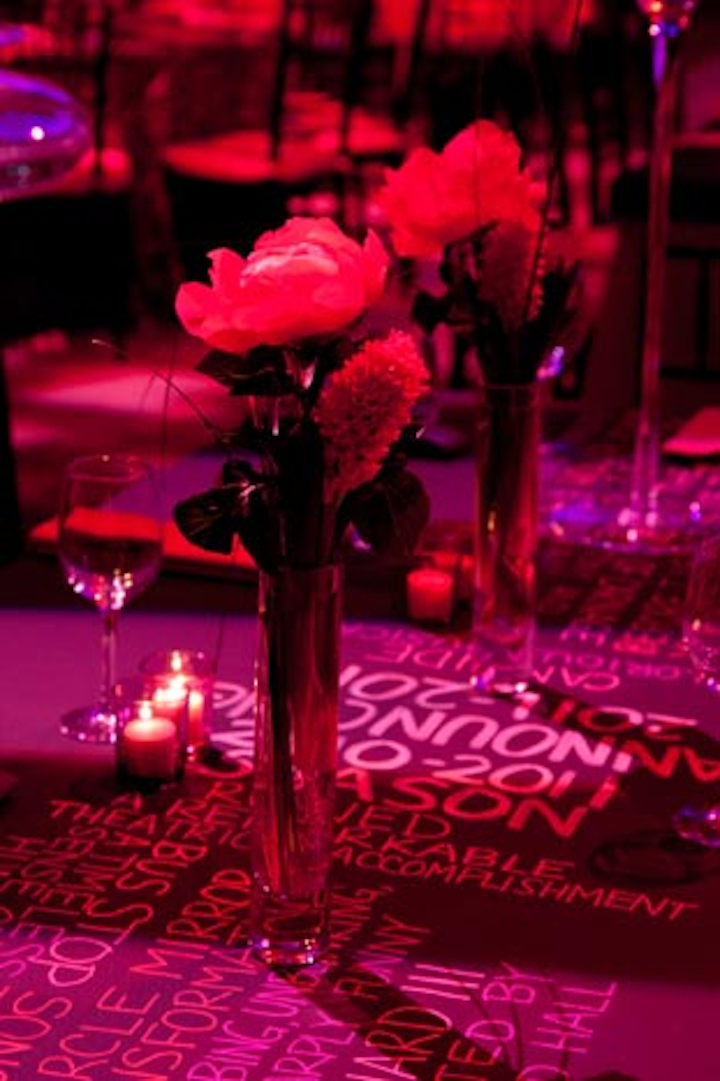 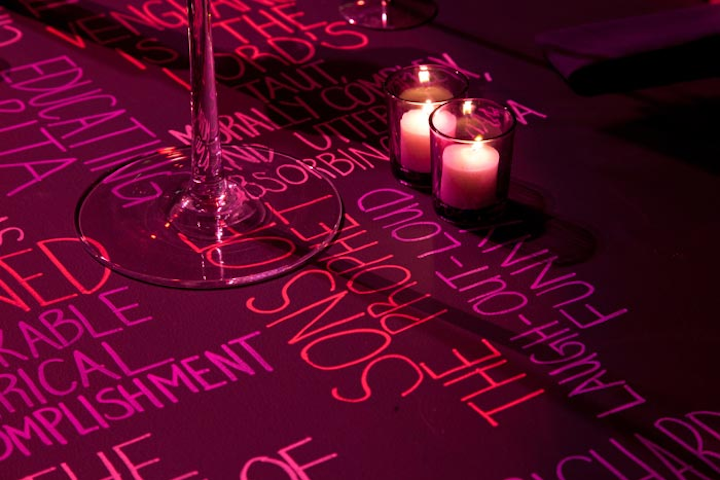 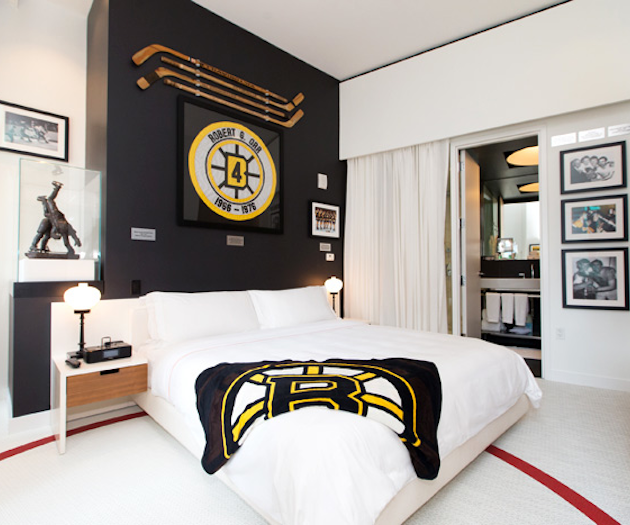 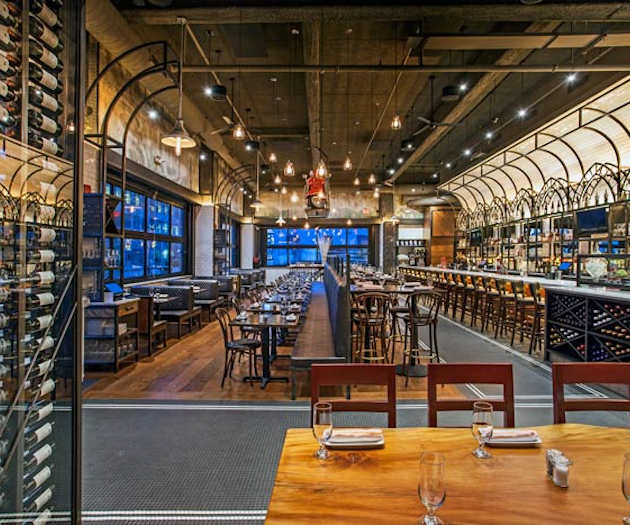