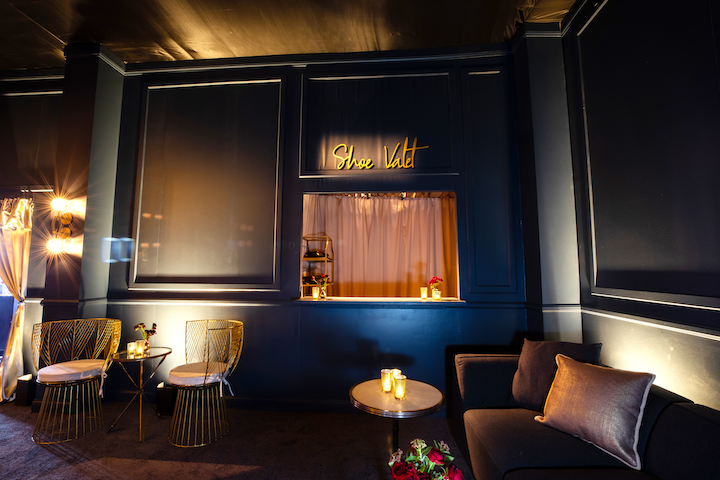 Netflix’s Golden Globes party on Sunday had a shoe valet, where guests could trade their high heels for a comfortable pair of Netflix-branded slides. The party was produced by the company's Catherine McTiernan and Kelli Hill along with Best Events. See more: Golden Globes 2020: Event Design Ideas From the Weekend's Biggest Bashes
Photo: Melissa Kobe

Moves & Milestones
Russell Harris Event Group has announced two new promotions. Jordan Lehman is now vice president; she previously served as director of events and has been with the company since 2015. And Connie Harikul has been promoted to senior events manager; she started at the firm as an event manager in 2016.

In Case You Missed It
Earlier this week, we took a look inside the Golden Globes' biggest parties, from HBO's colorful blow-out to Netflix's Art Deco glamour to Warner Bros.' mid-century modern decor.

And on our GatherGeeks podcast this week, we heard from Innovate Marketing Group's Amanda Ma, who shared how to create culturally sensitive events for Asian audiences.

In the News
The Oscars will go hostless for the second consecutive year. The award show takes place at the Dolby Theatre on February 9, and will be broadcast on ABC. The Los Angeles Times: "The news was announced Wednesday by ABC Entertainment president Karey Burke, who told reporters that the network would be 'repeating what worked for us last year.' Burke revealed the news at the Television Critics Association conference in Pasadena. The development comes as little surprise after last year’s host-less ceremony saw an uptick in viewers, with 29.6 million people tuning in, a gain of 12 percent from the previous year when viewership hit an all-time low of 26.5 million viewers."

YouTube will release the feature documentary called Coachella: 20 Years in the Desert, a behind-the-scenes look at the festival's history featuring the likes of Billie Eilish, Kanye West, Madonna, Beck, and Radiohead. The Hollywood Reporter: “For the 10th year in a row, YouTube will be the official playlist and live-stream partner for both weekends of Coachella. As part of its partnership, YouTube Premium subscribers will have access to a members-only batch of passes. Coachella: 20 Years in the Desert joins a slate of music programming on YouTube that includes the upcoming docuseries Justin Bieber: Seasons. The project will be available for free, with ads to YouTube's two billion logged-in users, or without ads on YouTube Premium."

A giant mural of pop star Britney Spears has been unveiled in Los Angeles. ABC 7 News: “Renowned artist Rob Prior painted the larger-than-life piece to honor the songstress as part of ‘the ultimate fan experience’ at the Zone in Los Angeles. The pop-up will allow fans to experience the singer's decades-long career with plenty of interactive experiences. … From beginning to end, the mural took two weeks to complete, and was even delayed due to weather challenges. Prior described the mural as ‘a blend of street art and art in general.’” 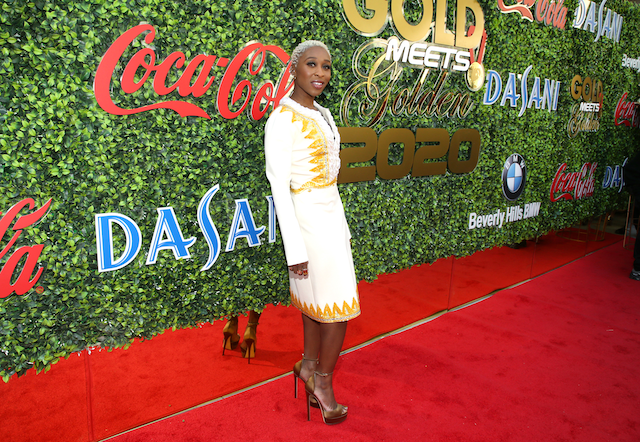 Surprise Metric of the Week
$415 million: the amount a British hotel company reportedly paid for the Montage Beverly Hills in late December. Los Angeles Business Journal: “Maybourne Hotel Group announced it had purchased the famed property, the company’s first hotel outside of London … Alan Reay, president of Atlas Hospitality Group, said the purchase price for the 201-room Montage was $415 million. That makes it the highest per-room sale price in 2019 and a record per-room price in California.”

Overheard
“In the middle of winter in January, while they’re watching one of the world’s most popular awards ceremonies, people can get inspired to plan for their own gardens in the next season. Like music, flowers are meaningful for people to elevate their mood and beautify their surroundings with sensory experiences that make them happy.”

—Tu Bloom, the botanical artist for the 62nd annual Grammy Awards red carpet on January 26. The Chicago-based floral designer will use red and white Beacon Impatiens flowers this year and will give all materials to the show’s crew after the ceremony. Bloom has been providing florals for the Grammys red carpet for more than a decade.

Venue Buzz
Olivetta opened in West Hollywood on Monday. The 150-seat space is helmed by restaurateurs Matt and Marissa Hermer, plus executive chef Michael Fiorelli of Love & Salt. The menu and decor take inspiration from Italy, Greece, France, and Spain.

On the Scene
For the Golden Globes red carpet on January 6, Sherman Oaks-based designers Mark's Garden created a floral version of the show's trophy.

What's Next
Award season isn't slowing down, with the 25th annual Critic’s Choice Awards taking place on Sunday at the Barker Hangar. Taye Diggs will host, and Kristen Bell will receive the #SeeHer Award. The event broadcasts live on the CW.