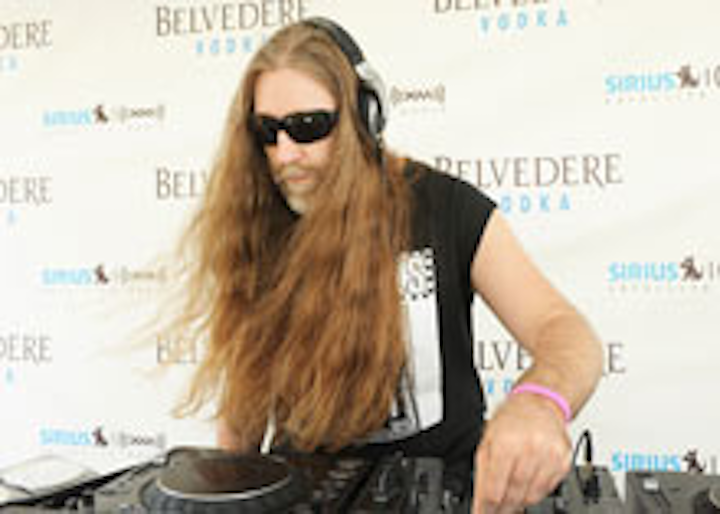 The Winter Music Conference, which took place March 23 to 28, attracts hundreds of dance and electronic music DJs from around the world and more than 100,000 partygoers to Miami each year. Here’s a look at some of the top acts that performed around the city during the five-day festival.

1. David Guetta
Guetta took the stage at Ultra Music Festival, W.M.C.’s official two-day finale in Bicentennial Park, on Friday with nearly 100,000 people in attendance. The previous night, the Paris-based DJ took home four awards, including Best Album and Best European DJ, at the International Dance Music Awards at the Jackie Gleason Theater in Miami Beach. Guetta is a multiplatinum-selling artist in Europe; he mixes electronica, house, and pop and is working to bring R&B and hip-hop artists into his music, which he performed in more than 200 cities in 2009. He can be booked through JL Entertainment in Los Angeles.

2. Deadmau5
As one of Ultra’s headlining acts, Deadmau5 (a.k.a. Joel Zimmerman) garnered notable fan support, and many attendees wore T-shirts with his name on them. The Toronto-based DJ uses computer technology and his own custom-designed software, instead of CDs, to create his own brand of dance and electronica music.

3. Tommie Sunshine
Sunshine performed at the Belvedere Vodka party at the W South Beach on Thursday. In addition to being a DJ, the Brooklyn-based musician is a producer and has remixed tracks from the Killers, Good Charlotte, and Fall Out Boy. Blockbuster Video, Versace, Chanel, and CBS are among the corporations that have used his blend of modern rock and dance music in their promotional spots, fashion shows, and television and film productions.

4. Steve Angello
Angello played his blend of house and techno music all over town during the conference, beginning with the Size Records pool party at the Eden Roc Renaissance Miami Beach on Thursday, Mansion on Friday, Belvedere Vodka’s party at the W South Beach and Ultra Music Festival on Saturday, and wrapped up the weekend at the Beatport party Monday night at the Gansevoort South. In addition to his personal music pursuits, Angello also serves as the A&R rep at Size Records and has done remixes with Moby, Laidback Luke, and Sebastian Ingrosso.

6. Treasure Fingers
Another Fool’s Gold artist, Treasure Fingers also performed at Grand Central on Thursday night. Before breaking out on his own, the Atlanta-based funk DJ (a.k.a. Ashley Jones) spent 10 years as part of the drum and base group Evol Intent. Treasure Fingers mixes rock and house music that incorporates remixed drum breaks. He can be booked through New York DJ agency AMOnly.

7. Kaskade
This San Francisco-based DJ headlined the official kickoff party on the beach at the Gansevoort South on Wednesday, hosted by Sirius XM Radio and Pacha NYC. He also hosted a private listening party at the Raleigh hotel's Alizé Liqueur Oasis beach lounge on Thursday to preview his new CD, which hits stores May 11 and features a mix of electronic and cosmic disco sounds. Kaskade can be booked through the William Morris Agency Inc.