How This Beauty Brand Created Six Events in One

Lancôme introduced its newest products with a room-by-room journey through a historic New York mansion.

To launch its latest products, Lancôme threw a house party—of the most elegant sort.

Produced by HL Group’s event team, the Maison Lancôme Paris event on June 14 invited guests to wander through two floors of the Academy Mansion, a historic estate on New York's Upper East Side that was built in 1920, while testing out the brand’s newest color, skincare, and fragrance products.

The grand venue influenced the event’s design, with certain products specifically selected for each distinct room. “Every room has its own inspiration, as well as its own look and feel,” explained Rachel St. Lifer, senior event producer for New York-based strategic marketing and communication firm HL Group.

Upon arrival, guests received a map highlighting the rooms and the items on display within the spaces, allowing them to explore on their own.

“It really is six different events living under one roof,” said Andrew Barlow, managing director of HL Group’s event team. For example, the skincare room featured more of a modern twist with a black-and-white tiled floor, pops of neon, and LED lighting, while the fragrance room included dark wood and floral artwork inspired by the perfume bottles.

The daytime event, which hosted groups of media and internal Lancôme employees, also served as an introduction to the aesthetic and style of Lisa Eldridge, the Paris-based company’s new creative director. Barlow said his team was “pulling from that Parisian influence but giving it a modern twist,” adding, “[The event] speaks to where the brand was and where it’s going.” 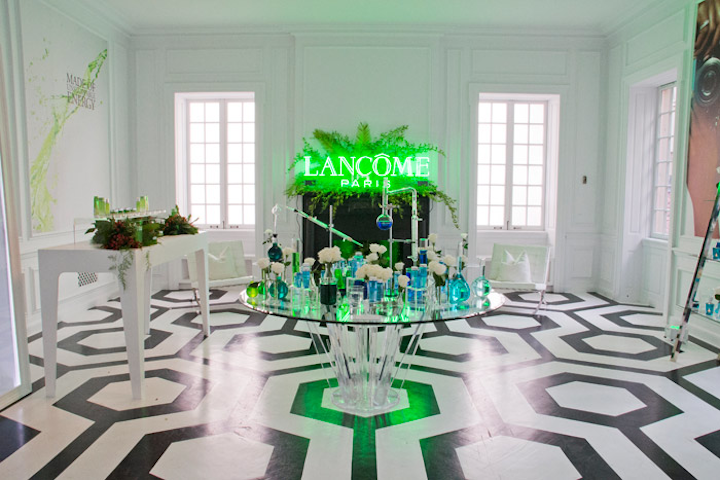 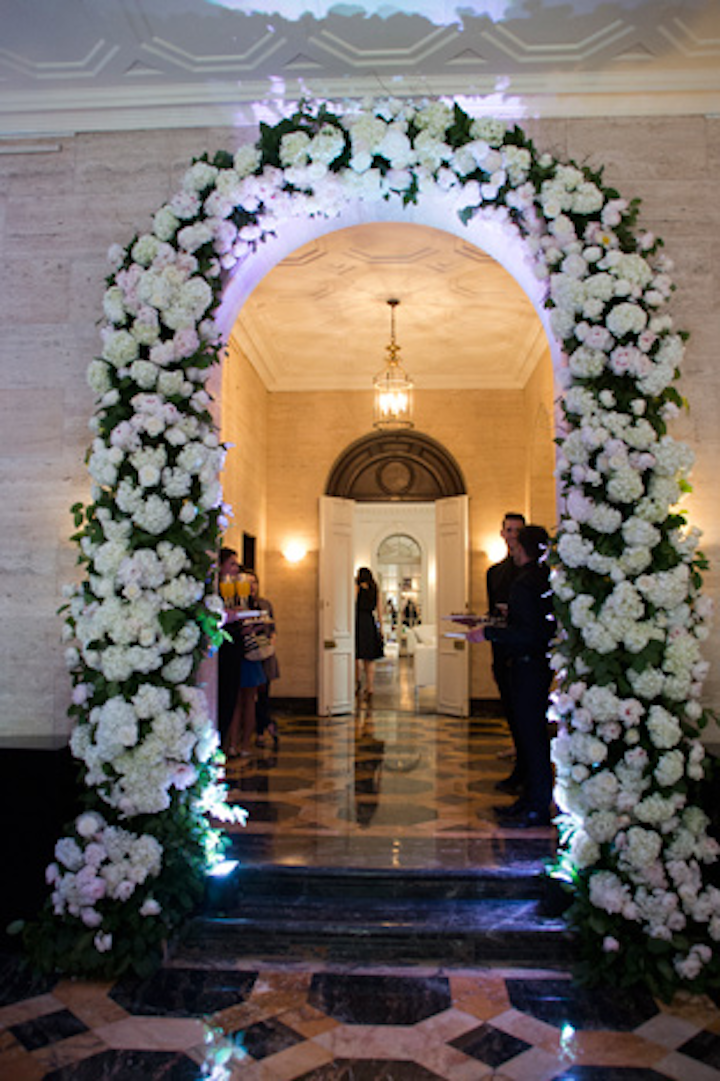 Guests entered the venue through an archway lined with a lush garland of pale blooms. The foyer also included a mural of St. Jude Children’s artwork.
Photo: Taylor McIntyre/BizBash 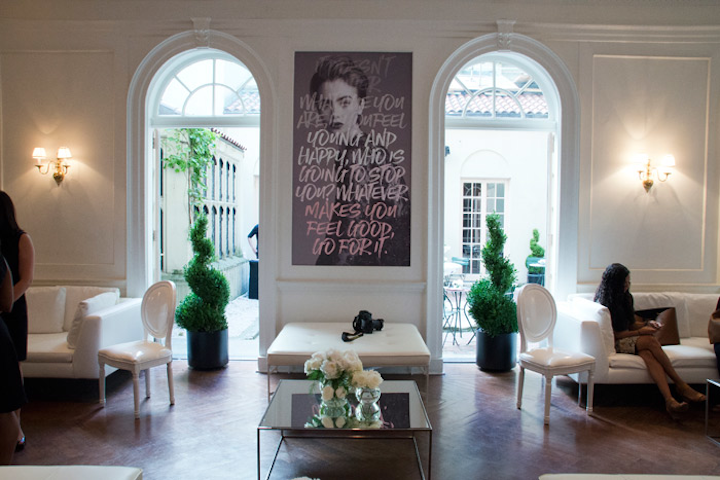 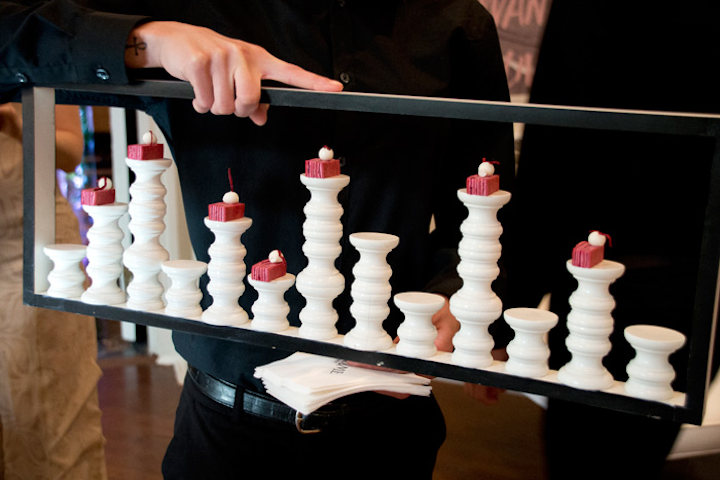 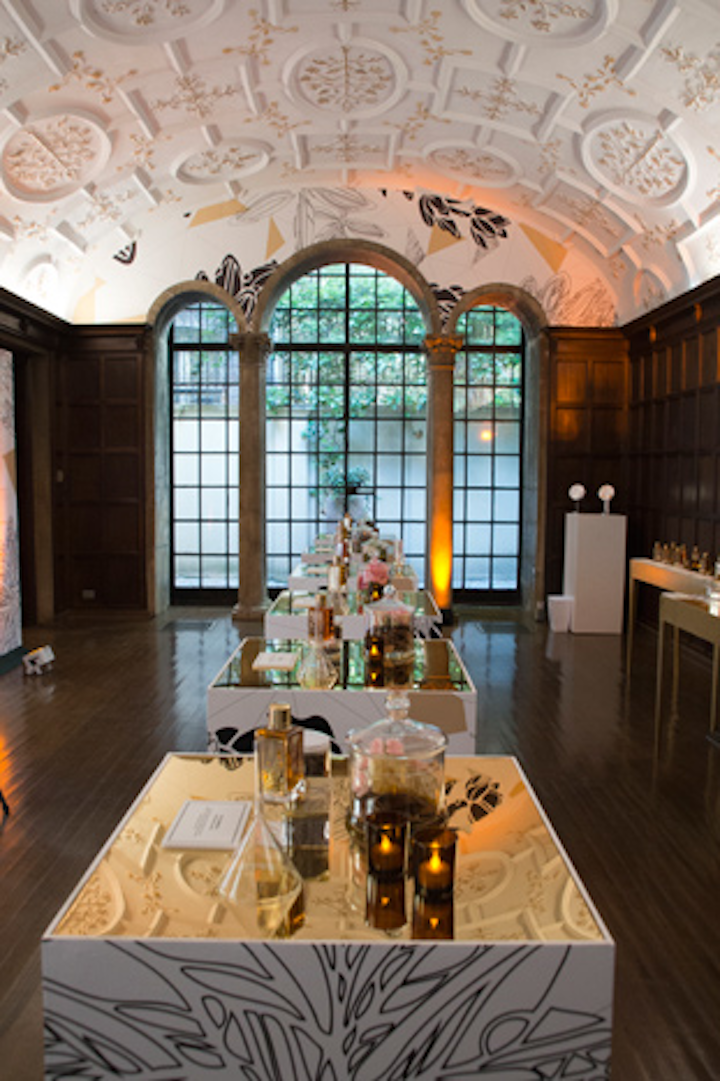 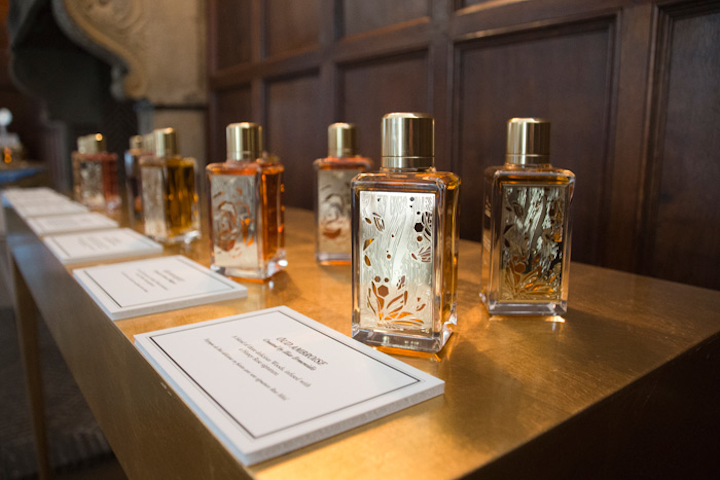 The ornate patterns on the bottles inspired the artwork in the room.
Photo: Taylor McIntyre/BizBash 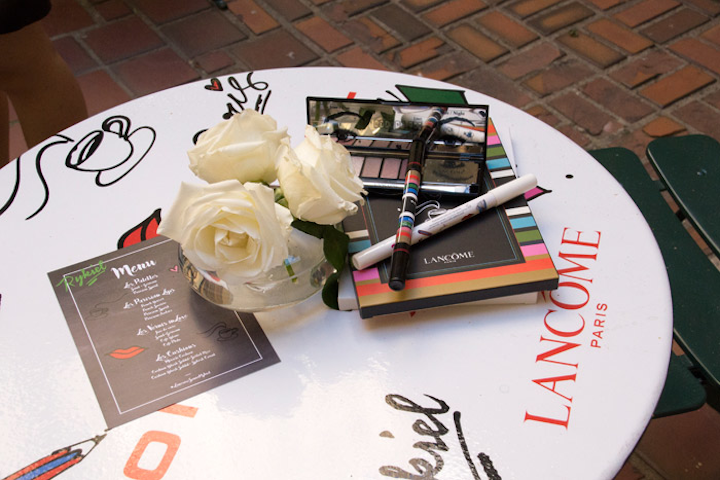 In the garden area, HL Group created a poppy Parisian bistro café with a whimsical hand-painted fountain and topiaries, along with products from the brand’s collaboration with French designer Sonia Rykiel.
Photo: Taylor McIntyre/BizBash 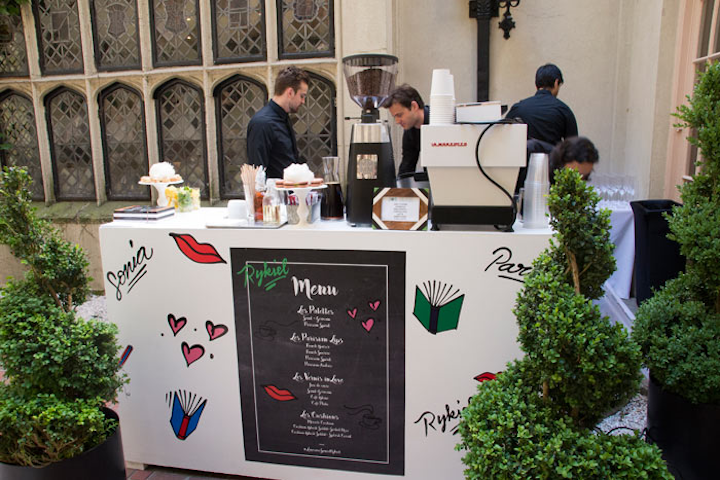 Guests could play with the colorful products while snacking on tea sandwiches and macarons.
Photo: Taylor McIntyre/BizBash

The GIF photo booth from the Bosco, located off the garden area, was adorned with playful Sonia Rykiel illustrations.
Photo: Taylor McIntyre/BizBash 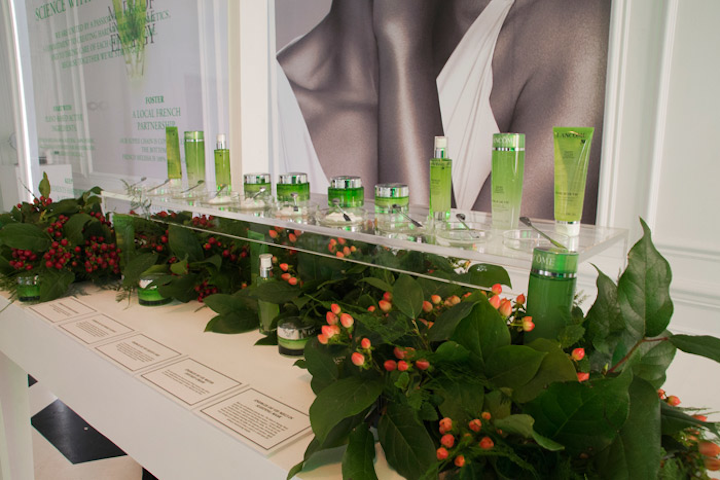 Some of the actual ingredients found in the products, such as goji berries, were weaved into the displays.
Photo: Taylor McIntyre/BizBash 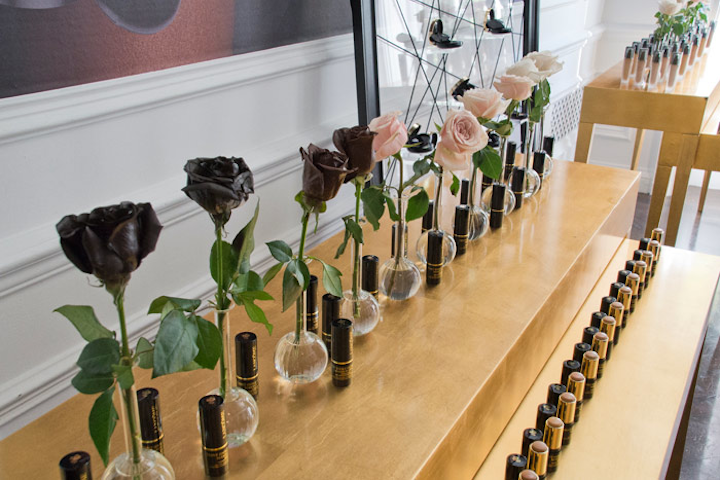 The event team spray-painted roses to represent the more than 20 shades of the brand’s foundation. Barlow said that “the biggest challenge was the amount of product being featured and to [be able to] display each piece but in an organized way.”
Photo: Taylor McIntyre/BizBash 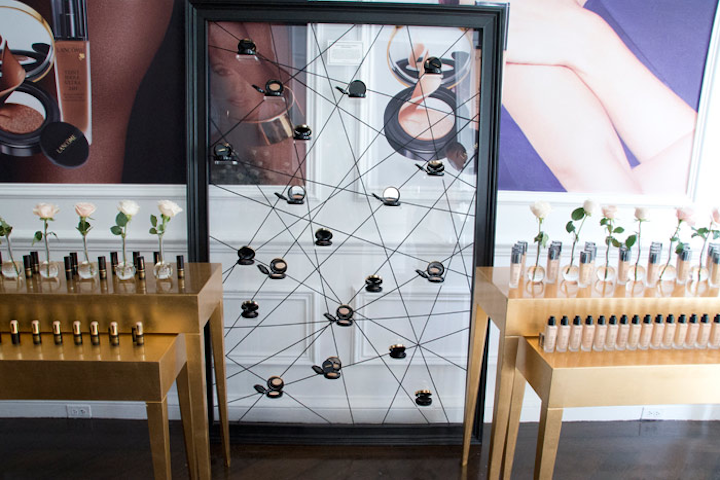 The wire frame, which showcased the new foundation products, reflected the technology used in the compact’s design.
Photo: Taylor McIntyre/BizBash 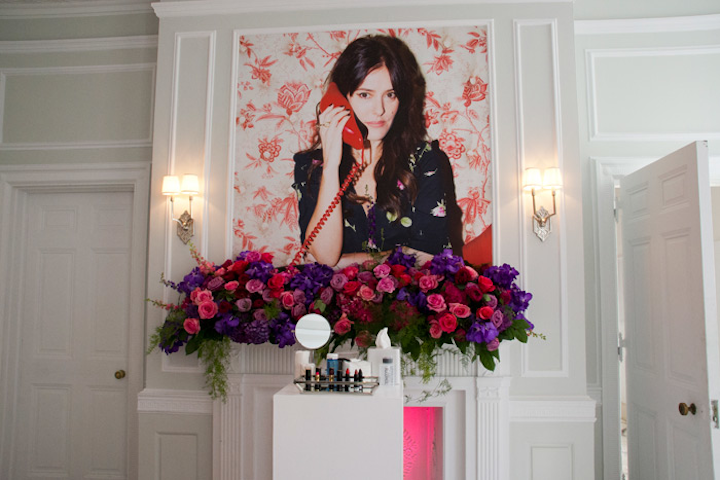 The makeup color room served as a nod to Lancôme’s new creative director, Lisa Eldridge. The florals were inspired by the new lipstick shades, which were on display.
Photo: Taylor McIntyre/BizBash 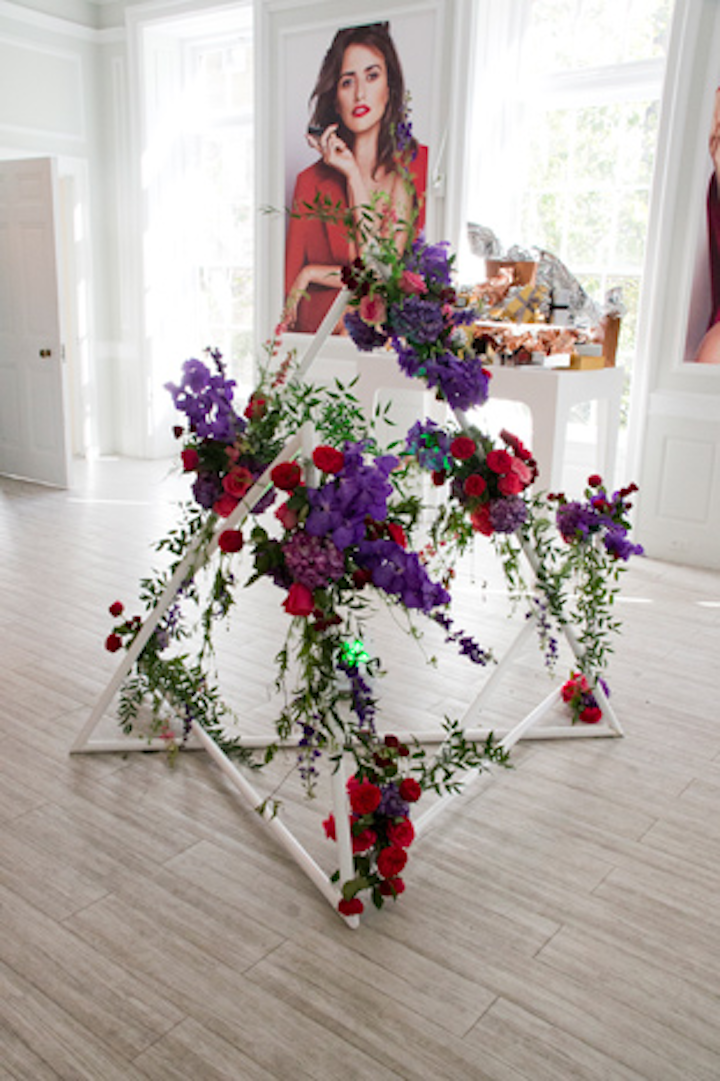 “The way we’re displaying the product is almost museum-style or gallery-style, so we wanted to have more interesting, interactive, modern pieces floating in the space,” said St. Lifer of the colorful geometric floral installation in the makeup color room.
Photo: Taylor McIntyre/BizBash 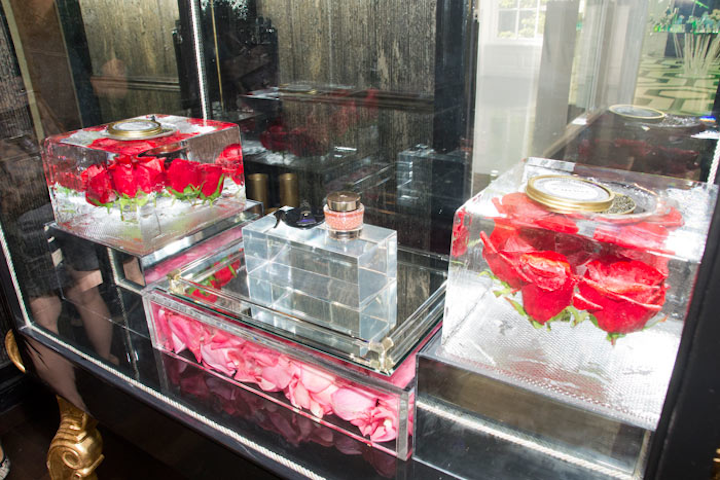 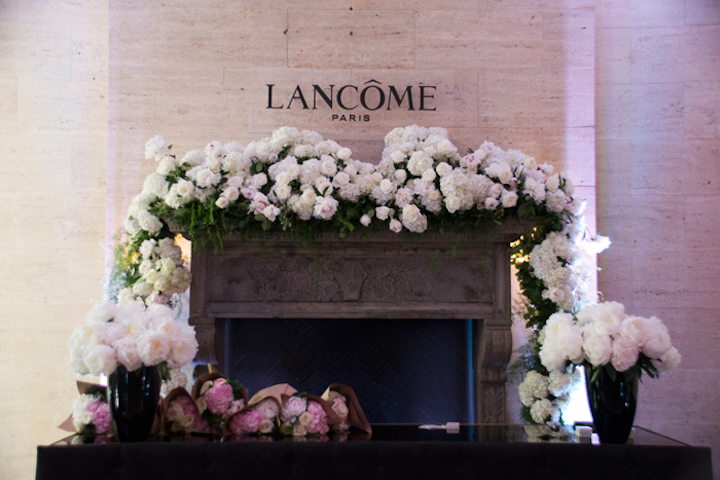