The iconic brand will be hosting on-site activations and events during this year’s fest.

Coca-Cola will take the reins as presenting sponsor of this year's Food Network & Cooking Channel New York City Wine & Food Festival, which takes place October 13 to 16. Last year’s presenting sponsor, Food & Wine magazine, will continue to be involved in some of the festival’s dinners and events.

Lee Brian Schrager, founder and producer of the New York and South Beach Wine & Food Festivals, said the sponsorship was a natural fit since the iconic beverage brand had been one of the fest’s platinum-level sponsors for the past six years. He added that Coca-Cola will “do what they do best,” bringing its feel-good lifestyle brand to the festival’s signature events.

In addition to being added to the festival title, the soft drink brand will be incorporated into the three-day event through signage, on-site activations, and, of course, beverages. For example, at the Grand Tasting presented by ShopRite at Pier 94, the company will offer a signature cocktail creation.

Schrager said that organizers try to keep the fest fresh with “a focus on trends, talent, and new venues,” such as Union Fare and the Prince George Ballroom, both of which are new to the 2016 roster. Plus, more events will be taking place in Brooklyn this year.

The festival will continue to feature a packed schedule of chef-hosted dinners, walk-around tastings, late-night parties, and seminars in venues across the city, with the larger events taking place at the main culinary campus located at Piers 92 and 94 in Midtown.

In addition to returning events like Chicken Coupe with Whoopi Goldberg and Cronut-creator Dominique Ansel’s dessert tasting, new offerings include a special rooftop Chopped event that’s a larger-than-life version of the competitive cooking show, where attendees will be able to meet with and audition for show producers and casting executives. Also new is Lucky Chopsticks, an Asian night market that debuted at the South Beach Wine & Food Festival in February.

The festival, now in its ninth year, benefits No Kid Hungry and Food Bank for New York City; it has raised more than $9.5 million for the organizations. 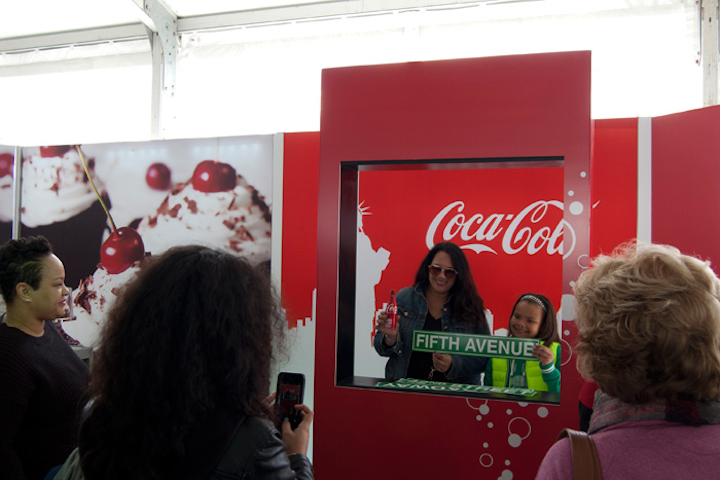