February 20, 2017: National Anti-Trump Rallies Slated for President's Day, ABC Sells Out of Oscar Ad Time, How a New VR Experience Is Bringing the Technology to the Masses


1. NATIONAL ANTI-TRUMP RALLIES SLATED FOR PRESIDENT'S DAY: Thousands of anti-Trump activists across the country are expected to attend "Not My President's Day" rallies to protest Donald Trump on the federal holiday. USA Today: "Protest leaders say they expect thousands to take to the streets in Los Angeles, Chicago, New York and as many as two dozen other communities in the latest round of demonstrations to oppose the policies of President Donald Trump. Some 13,000 Facebook users, for instance, say they plan to join a noon protest Monday near Manhattan’s Central Park. 'While we acknowledge that Donald Trump holds the current title, the policies he’s trying to put in place are not the beliefs shared by the majority of the people,' said Nova Calise, a television production manager and one of the organizers of New York event. Calise said activists around the country were inspired by plans for a Presidents Day protest in Los Angeles and have collaborated via Facebook for about three weeks. 'No one expected this to get so large,' she said. 'That’s the power of social media.' ... Protesters staged other marches and rallies in the run-up to Presidents Day. In New York, for instance, activists gathered downtown Saturday at Washington Square Park to hold a mock 'funeral' for the presidency. New York Police Department officials Sunday declined to provide a crowd estimate, citing department policy. On Saturday, Trump staged his own rally for supporters in Florida, drawing roughly 9,000 people to an aircraft hangar in Melbourne." http://usat.ly/2lYfEj3

2. ABC SELLS OUT OF OSCAR AD TIME: Despite the fact that last year's Academy Awards drew lower ratings, ABC has sold out of ad time for the 89th edition of the ceremony slated for Sunday. Advertising Age: "Advertisers in this year's celebration of some of the biggest films include Walmart, Samsung, McDonald's, AT&T, Verizon and Anheuser-Busch InBev, ABC said. Thirty-second spots are going for about $2 million, with some paying as much as $2.5 million, according to several media buyers. That's despite a 7% decline in viewers for the 2016 Oscars, to 34.4 million people, and an eight-year low in the core 18-to-40 demo. Last year's ceremony, hosted by Chris Rock, was also shrouded in controversy over the lack of non-white nominees, spurring the hashtag #OscarsSoWhite and provoking calls to boycott the awards show. None of that seems to be keeping advertisers away from what is generally referred to as the Super Bowl for women. Walmart took over as the exclusive retail sponsor of the Oscars from Kohl's and commissioned several star directors to create three 60-seconds ads that will air in the show. It will be Walmart's first time advertising in the Oscars." http://bit.ly/2m3B9us

3. HOW A NEW VR EXPERIENCE IS BRINGING THE TECHNOLOGY TO THE MASSES: A new virtual-reality start-up called the Void is slated to bring its VR experience to malls, theme parks, and more venues—and in turn will make it easier than ever for the public to experience the technology. The New York Times: "The Void’s invention looks like nothing special. Four black wooden walls form a 30-foot square. The interior is divided into rudimentary, interconnected rooms. There is no ceiling, unless you count a latticework of cables and sensors. But everything changes when you put on a special virtual reality headset, pick up a rudimentary plastic gun, slip into a snug vest and strap on small backpack, which has a lightweight computer inside: You and your friends instantly become Ghostbusters. Would people, especially young people, pay $20 a head to experience this kind of 'hyper-reality'? The Void, which has refined the concept of mapping a virtual world over a physical set, believes they will—in fact, a first location near Times Square is already making money. Featuring the same 'Ghostbusters' story line, the attraction opened in July at Madame Tussauds New York and has since sold more than 43,000 tickets, translating to nearly $900,000 in revenue. The Void intends to open 20 additional hyper-reality attractions this year; some Void Experience Centers will have more than one 'stage,' as it refers to the sets, and there will be non-Ghostbusting story lines: roaming a jungle filled with dinosaurs, perhaps, or searching for treasure in an Egyptian pyramid. So far, the Void has been funded by one of its three founders, Ken Bretschneider, who has invested millions. (He previously started an internet security firm called DigiCert, which he sold in 2012.) The Void is now working with the Raine Group, a merchant bank known for its investment in Vice and ties to the William Morris Endeavor talent agency, to raise expansion funding. Circling, at the same time, have been mall owners, multiplex chains and theme park operators." http://nyti.ms/2lkAZjj

CHICAGO:  Dana Hotel and Spa and the Fifty/50 Restaurant Group will debut new food and beverage offerings for guests this year, including a rooftop lounge that serves large-format drinks, a theatrical bar on the second floor led by barman Benjamin Schiller, and a seafood restaurant on the ground floor.

LOS ANGELES:  Screen Australia and Australians in Film will celebrate the Australian filmmakers nominated for the 89th Academy Awards with a reception at the Four Seasons Beverly Hills on Friday.

This year's Reykhavik Festival will take place April 1-17 at the Walt Disney Concert Hall. Celebrating Icelandic music, the festival will offer a variety of events including shows with the L.A. Philharmonic and Sigur Rós, Green Umbrella: Contemporary Iceland, and a Toyota Symphonies for Youth performance.

NEW ORLEANS:  The 25th annual Catersource conference and trade show will take place March 12-15 at the Ernest N. Morial Convention Center. New to the event this year is the Art of Catering Food, an educational culinary-focused tasting program.

Brooklyn Botanic Garden has partnered with Raaka Chocolate to host Wild Chocolate: a Bean-to-Bar Blowout on March 5. The event will offer a conversation with Raaka founder and head chocolatier Nate Hodge and a micro-bath chocolate tasting and hard cider happy hour.

Atlantic Social, the latest concept from chef Dale Talde, John Bush, and David Massoni, opened in Fort Greene on Sunday. Located across the street from the Barclays Center, the American restaurant is modeled after a vintage New York tavern and pub, seating 50 at a bar and 130 in the main dining room.

ORLANDO/CENTRAL FLORIDA:  Disney is expanding the convention center at the Yacht and Beach Club Resort, adding a 16,000-square-foot ballroom and bringing the resort's total event space to 100,000 square feet.

WASHINGTON, D.C.:  The 20th annual Big Ten Men’s Basketball Tournament will take place at Verizon Center from March 8-12, the first time the event has taken place on the East Coast. 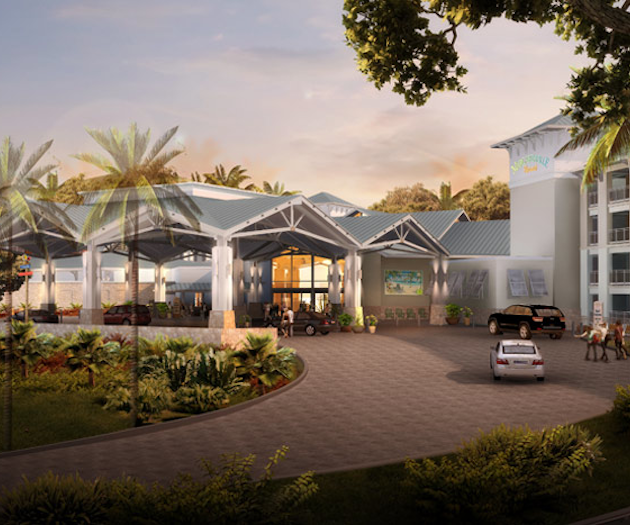 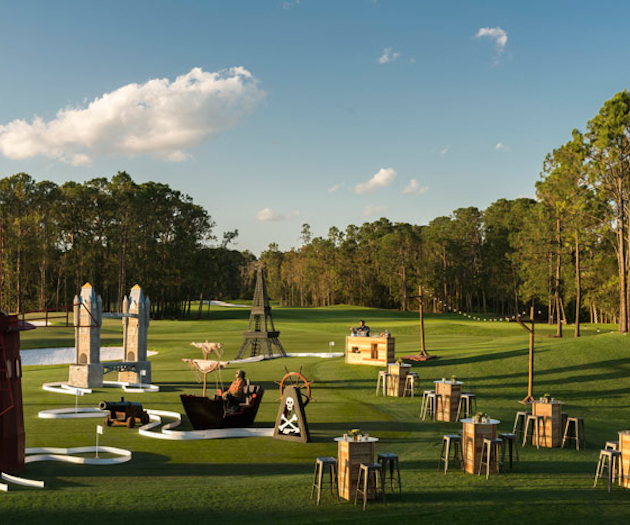