Melissa Mercatante
Glinda the Good Witch and Hairspray's Tracy Turnblad were among the Broadway characters that ushered guests into the Tampa Bay Performing Arts Center for its 20th anniversary gala. As the cocktail hour began in the lobby, the sun streaked through the coppery and gold sequined chiffon panels draped around the perimeter of the three-story foyer lobby creating a glittering effect.

Planners with the Tampa Bay Performing Arts Center teamed up with conceptBAIT to create the design concept. They also placed bistro tables in the lobby for guests to use while they enjoyed the hors d'oeuvres and cocktails provided by the caterer, Maestro's at Tampa Bay Performing Arts Center. Each table was wrapped with rich chocolate brown linens and adorned with pewter candleholders topped with amber-beaded lampshades.In the main hall, which had stage flooring extended above the existing theater seats by SGA Staging, conceptBAIT created a sleek dining experience with black spandex chairforms tied with platinum ascots, platinum organza linens, and silver and glass place settings. Tables were topped with one of three elaborate centerpieces adorned with varying combinations of Green Goddess calla lilies, antique and white hydrangeas, Vendella roses, Casablanca lilies, and orchids as well as candelabras and linear hurricane glass for added effect.

Above the diners' heads, white chiffon panels were draped from the mezzanine level to two crystal chandeliers, provided by Bay Stage Lighting and rigged by Audio Visual Imagineering. A pianist from the Patel Conservatory Jazz Ensemble entertained while guests enjoyed the dinner created by executive chef, Rusty Evers. The meal began with a tomato and smoked mozzarella napoleon salad. Next was a trio of soups, followed by a bronzed filet of beef with Muscovy duck. Dessert was slated for after Minelli's performance.

After dinner, attendees were escorted to the Carol Morsani Hall performance by Liza Minnelli. Following her rendition of New York, New York, confetti cannons showered the hall with all the glitz and glamour of the Big Apple.

Guests were then led outside to enjoy dessert in a tent under the stars. Minelli soon joined them to sample the lavish dessert selections including bananas foster, cherries jubilee, fresh fruit with rum fondue, and other delicacies.

The evening's festivities wrapped up with a 10-minute fireworks display provided by Zigmont Magic F/X. 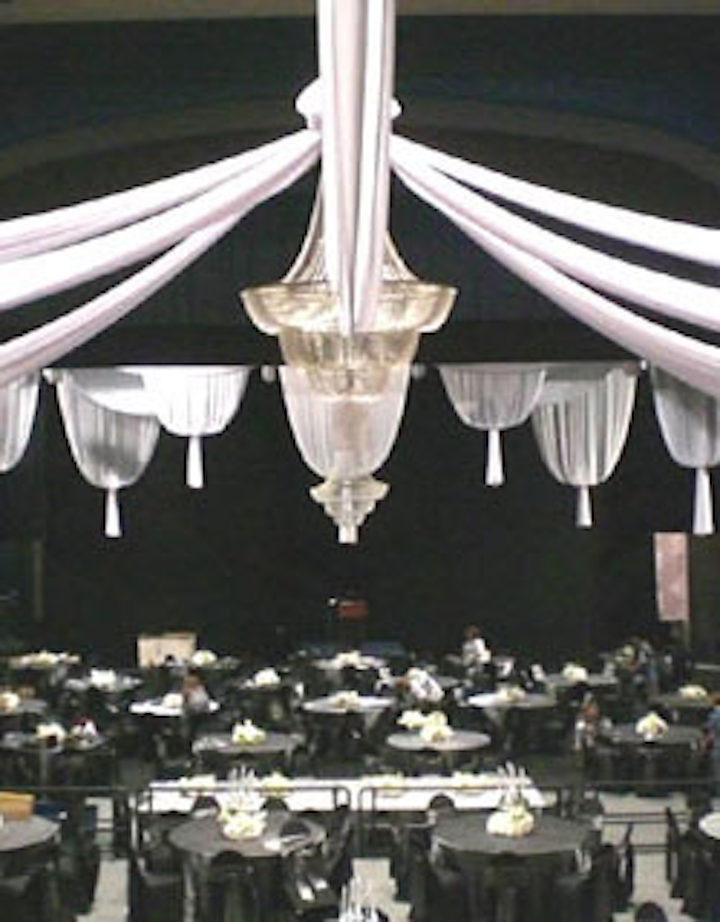 White chiffon panels, draped from the perimeter of the ceiling, met in
the center of the room at Bay Stage Lighting's crystal chandeliers.
Frank Clemente of conceptBAIT 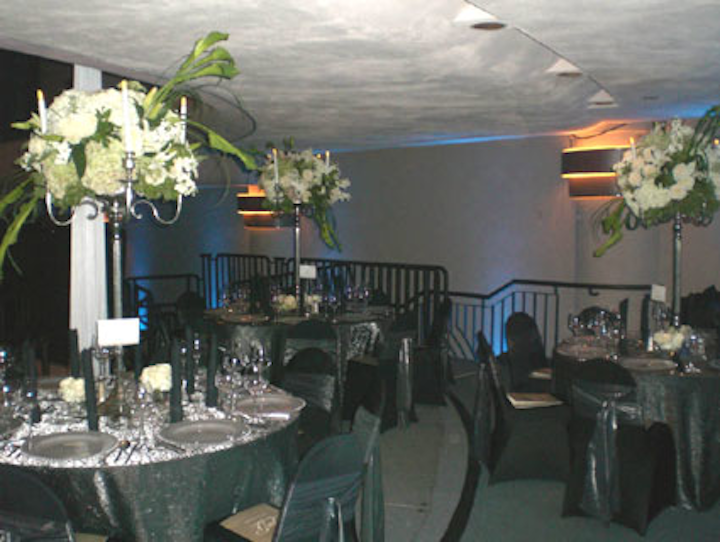 Metallics were the colors of the evening both in the lobby and in the dining area as tables and place settings included pewter, platinum, and black elements.
Frank Clemente of conceptBAIT 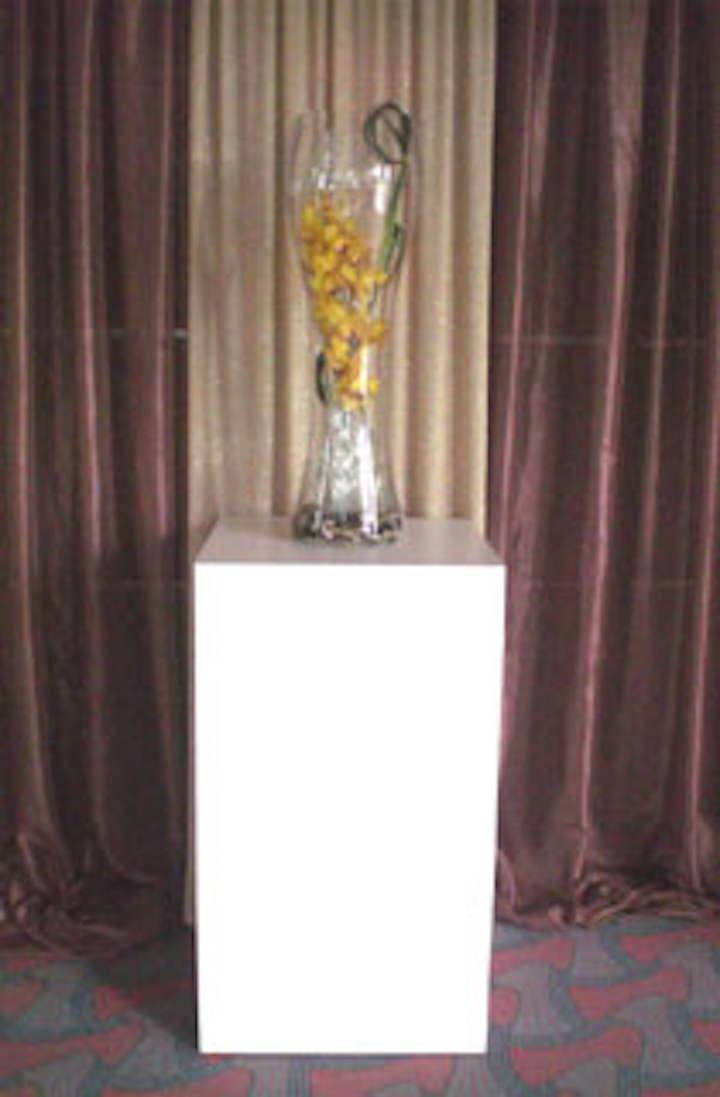 A tall glass vase filled with river rock, and chocolate cymbidium orchid stems woven with a silver wire mesh added another visual element to the lobby.
Frank Clemente of conceptBAIT 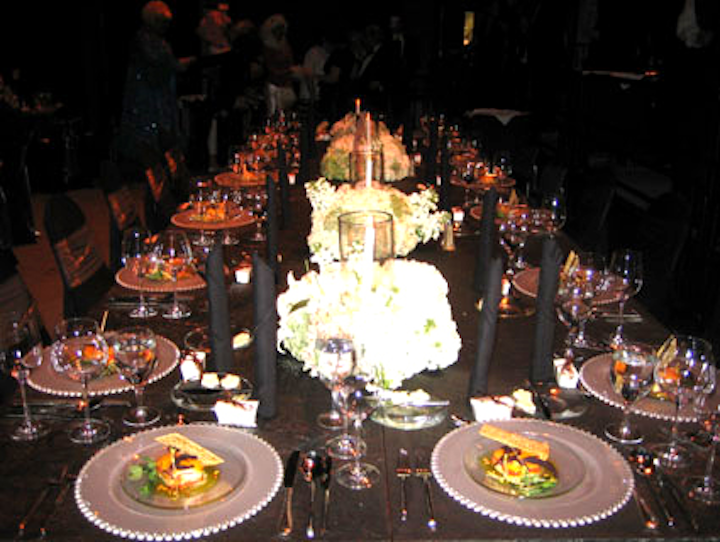 The stage featured one long table for the title sponsor with 16 place settings and four centerpieces each with a linear hurricane glass encompassed by a pave-style floral arrangement.
BizBash 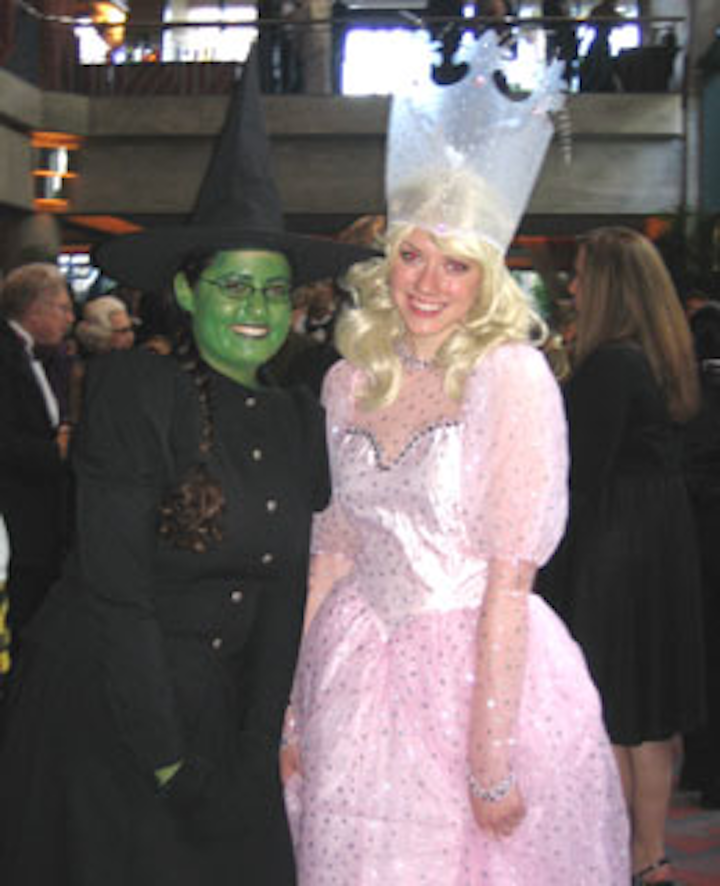 Youth Conservatory students posed as past performance characters, the Wicked Witch of the West and Glinda the Good Witch to greet guests as they arrived.
BizBash 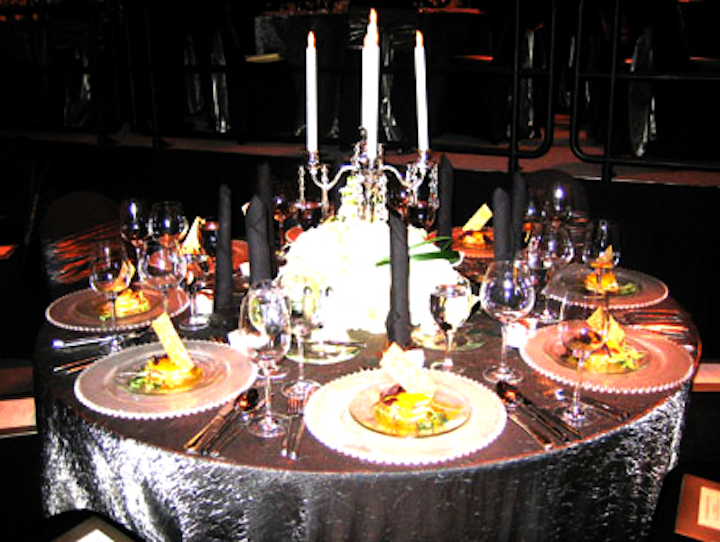 The meal began with a tomato and smoked mozzarella napoleon salad that was waiting for guests at their table as they entered the theater.
BizBash 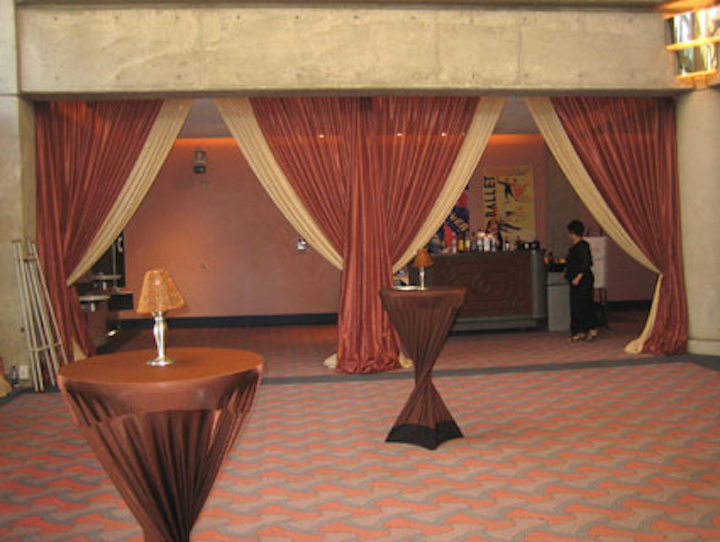 Draping the lobby with copper and gold sequined chiffon panels, conceptBAIT created a glittery effect as the sun streaked through during the cocktail hour.
BizBash 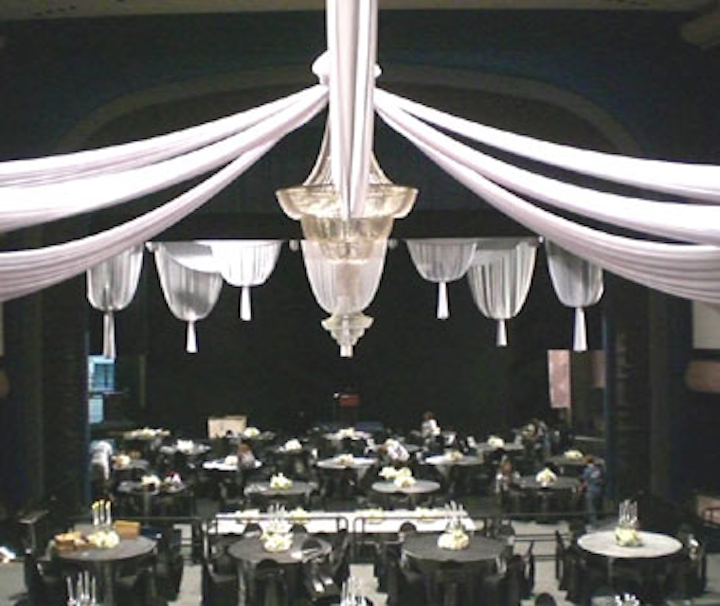 White chiffon panels, draped from the perimeter of the ceiling, met in the center of the room at Bay Stage Lighting's crystal chandeliers.
Frank Clemente of conceptBAIT
More in Orlando / Central Florida