While organizers thought the event thrived at the Liberty Grand, they agreed it was time for a change. “This is very different, because it’s just an entirely different space,” said planner Barbara Hershenhorn of Party Barbara. While each of the venues are connected within Maple Leaf Square, they all have a different look and feel. Real Sports is a massive sports bar, while E11ven is a sleek restaurant and lounge. So Hershenhorn created distinct areas in each space, drawing from the festival's opening film, Looper—where the main character travels through time to different locations, including Paris, Shanghai, and Kansas—for the decor and food.

Fittingly, video was the focus of the gala. Organizers made full use of the new venues’ many television screens, including Real Sports’ 199 screens and Maple Leaf Square’s 50- by 80-foot video wall. “We have a whole content team programming our screens,” said Hershenhorn. Festival film previews, classic movie clips, the TIFF schedule, and marketing materials flashed throughout the venues. The screens also showed footage from the event's red carpet, where Looper stars Joseph Gordon-Levitt and Emily Blunt made an appearance. 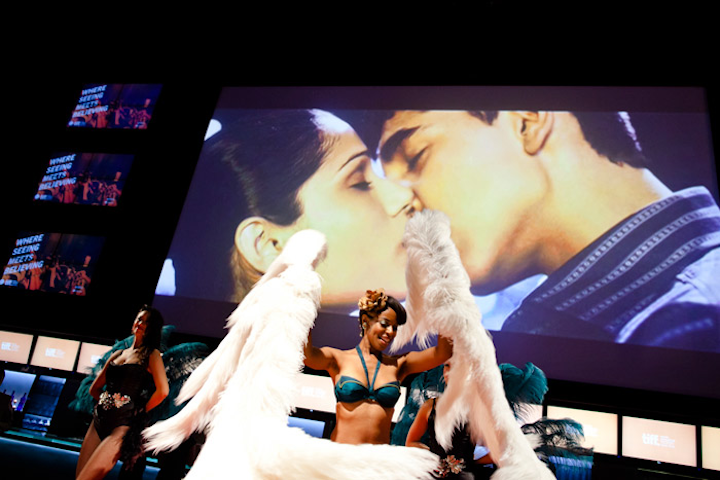 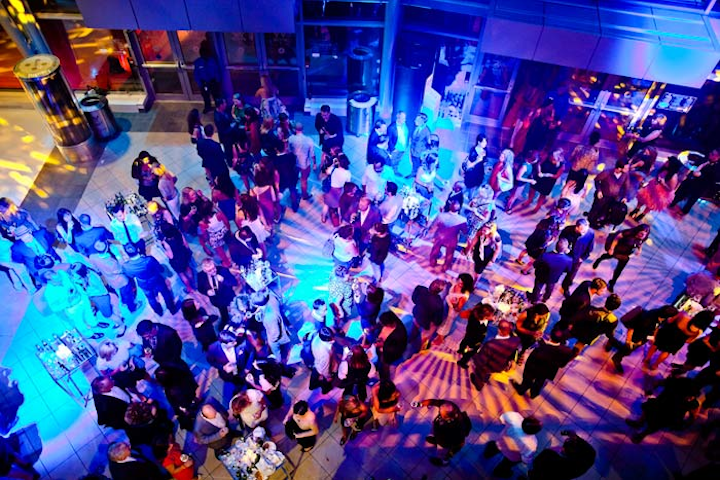 Flashing lights and a dance floor transformed one corridor of the Air Canada Centre.
Photo: Josh Fee for BizBash 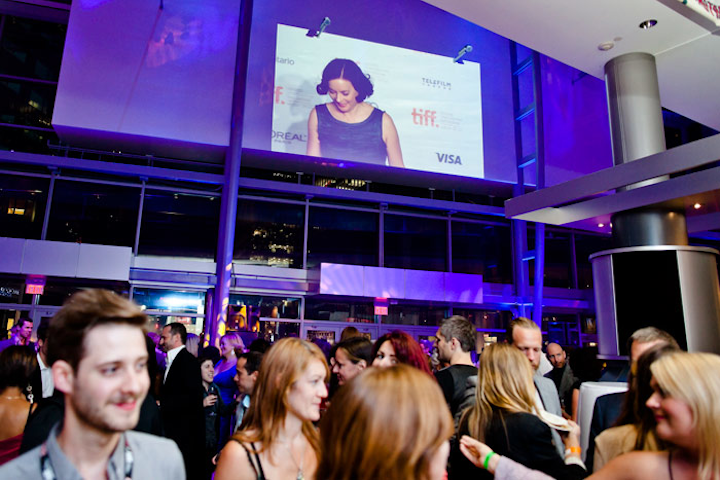 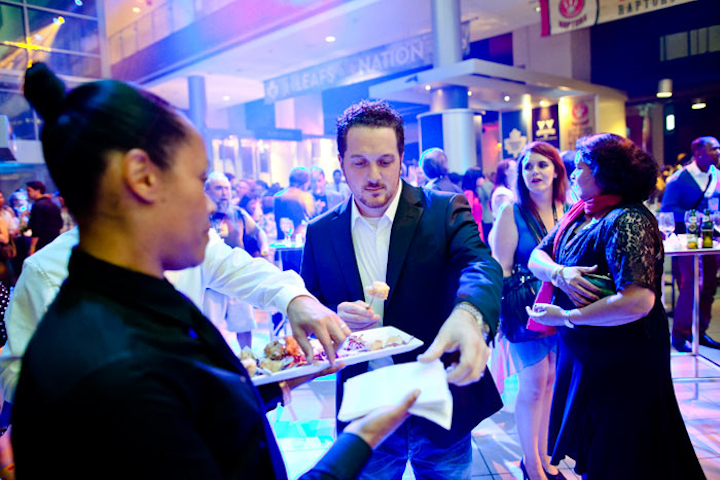 In a touch inspired by Shanghai, one of the settings in the opening film Looper, guests munched on grilled tofu, steam buns, and noodles in takeout boxes at the Air Canada Centre.
Photo: Josh Fee for BizBash 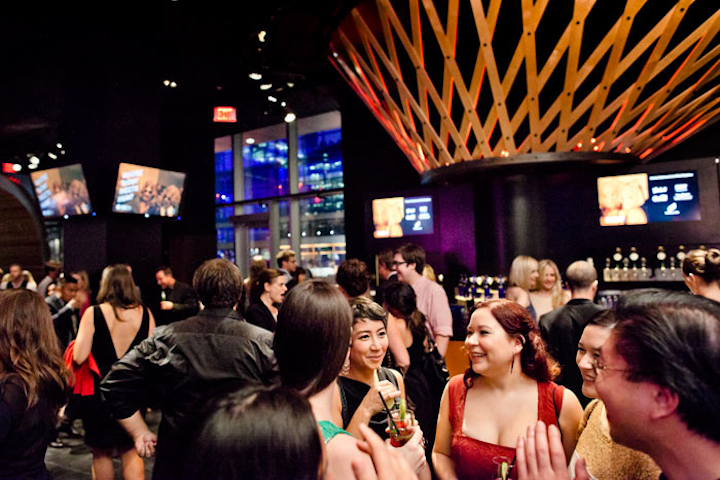 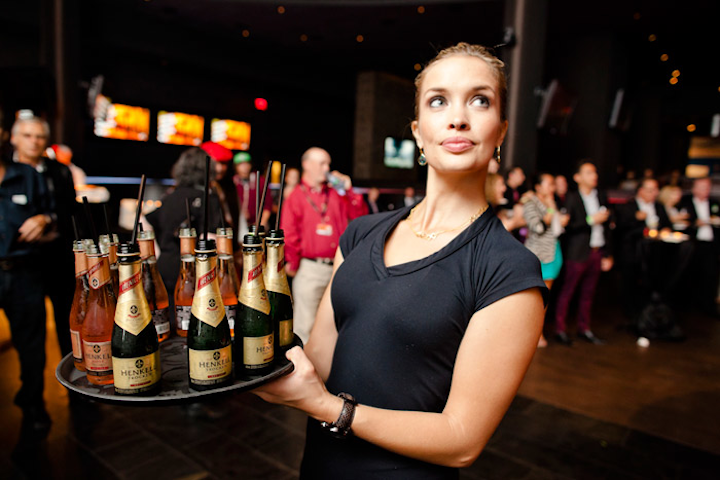 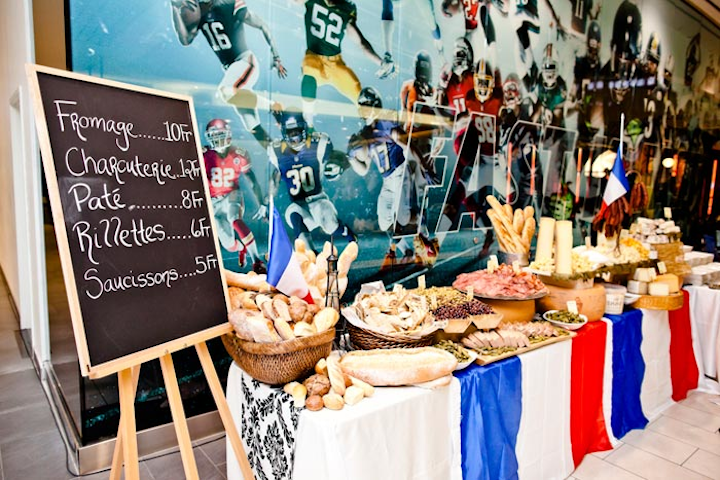 A Parisian theme dominated the corridor between Real Sports and E11ven. A cheese and charcuterie spread took up one wall of the space.
Photo: Josh Fee for BizBash 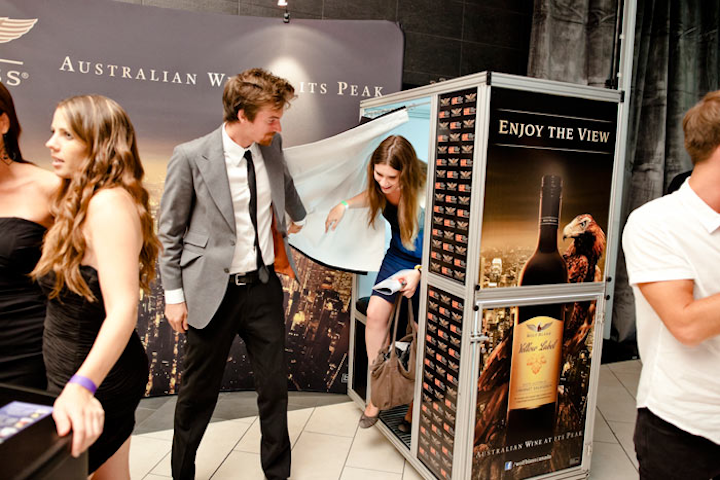 Guests got their pictures taken in wine sponsor Wolf Blass's photo booth in the corridor.
Photo: Josh Fee for BizBash 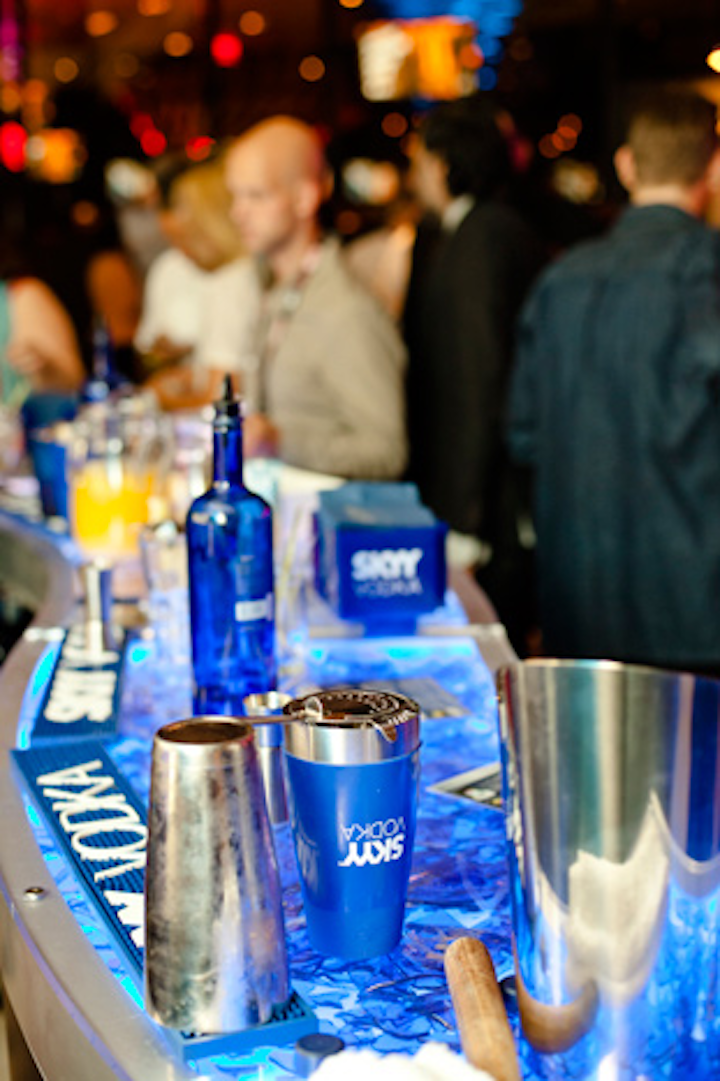 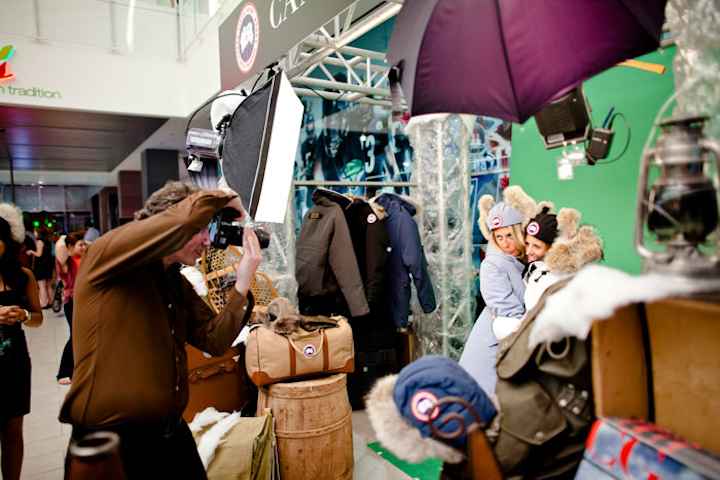 Guests posed in Canada Goose jackets and hats at a sponsor activation in the corridor. The green screen showed mountains in the background.
Photo: Josh Fee for BizBash
More in Toronto