On Saturday night, the world premiere of Pirates of the Caribbean: On Stranger Tides took to Disneyland Park in Anaheim. Pirate-costumed guests—including 600 members of the public who paid $1,000 for tickets, allowing the event to raise $1.1 million for Boys & Girls Clubs of America—came for a buffet supper in the park's New Orleans Square and Critter Country, private access to six open rides (including "Pirates of the Caribbean," of course), and an Xpand 3-D and Christie digital presentation of the film on a giant screen with top-end surround sound, in an outdoor amphitheater built especially for the event on the Rivers of America.

"Disneyland Park is simply the ultimate venue for any big event, but especially for this premiere. After all, the whole mythology of Pirates of the Caribbean grew from the 'Pirates' attraction in Disneyland," said Disney senior vice president of worldwide special events Lylle Breier, who oversaw the production. "So it’s wonderful that the premiere is, in a sense, coming home, taking place right where the story all began. The park itself is amazing, but even more important, the Disneyland cast members are the best in the world. They are consummate professionals—helpful, accommodating, and ready to do whatever it takes to make every single guest’s experience special."

Hosting an event at the park is not without its challenges, however.

Disneyland is open 365 days a year, and the production team "did everything possible to be respectful of the Disneyland regular guests, making sure that preparation for our event didn’t get in the way of their enjoyment of the park," Breier said. "How did we do it? Well, let’s just say there were a lot of overnight shifts to make sure everything was shipshape, so to speak, for the premiere." The team needed to create a state-of-the-art movie theater with 3-D projection and sound outside on Tom Sawyer's Island, adjacent to the "Pirates" attraction—and the location literally is an island, meaning the infrastructure had to be either rafted in, craned in, or carried in by waders through the water.

Still, Breier said, the rewards far outweighed the challenges. "More than anything, it’s fantastic to be able to stage our red carpet arrival for more than 25,000 total park guests. Some of them even lined up the night before to get a great spot. You can feel the excitement of these die-hard fans. There is nothing like it in the whole world."

Tickets for the public, which sold out in just three days, were sold to guests from 20 different states, including Hawaii, as well as guests from Japan, England, Germany, Canada, and Australia. In addition, the Walt Disney Company donated an additional $400,000, and one of the event's sponsors, Pirate’s Booty, committed another $100,000 from the sale of its Pirates-themed bags. Other sponsors included Verizon , which streamed the cast onstage live to its Pirates Discovery app , took photos of guests and fans along the red carpet and sent them to their devices to share, and offered fans the opportunity to text messages to screens along the black carpet for everyone to see. Xpand technology made the 3-D presentation possible, giving every guest P4 World Premiere custom universal 3-D glasses.

"One of the wonderful things about doing this premiere at Disneyland is that almost every part of the company has been involved in making it happen—from our tremendous partners at the park, to the 300 management volunteers who help us with guest control and talent handling on the day of the event," Breier said. "This really is a Disney event through and through." 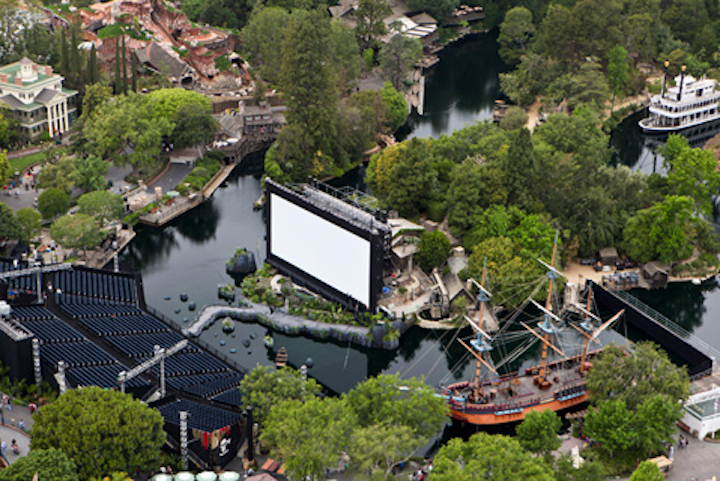 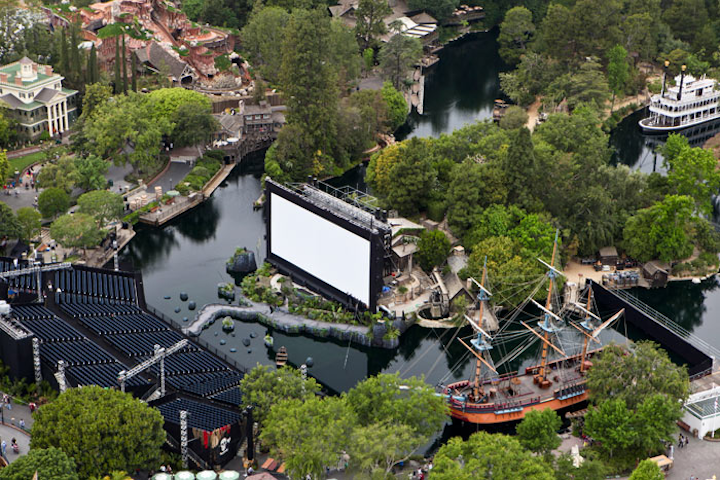 Pirates of the Caribbean: On Stranger Tides had its world premiere in an outdoor, 3-D theater at Disneyland.
Photo: John Brown/Disney 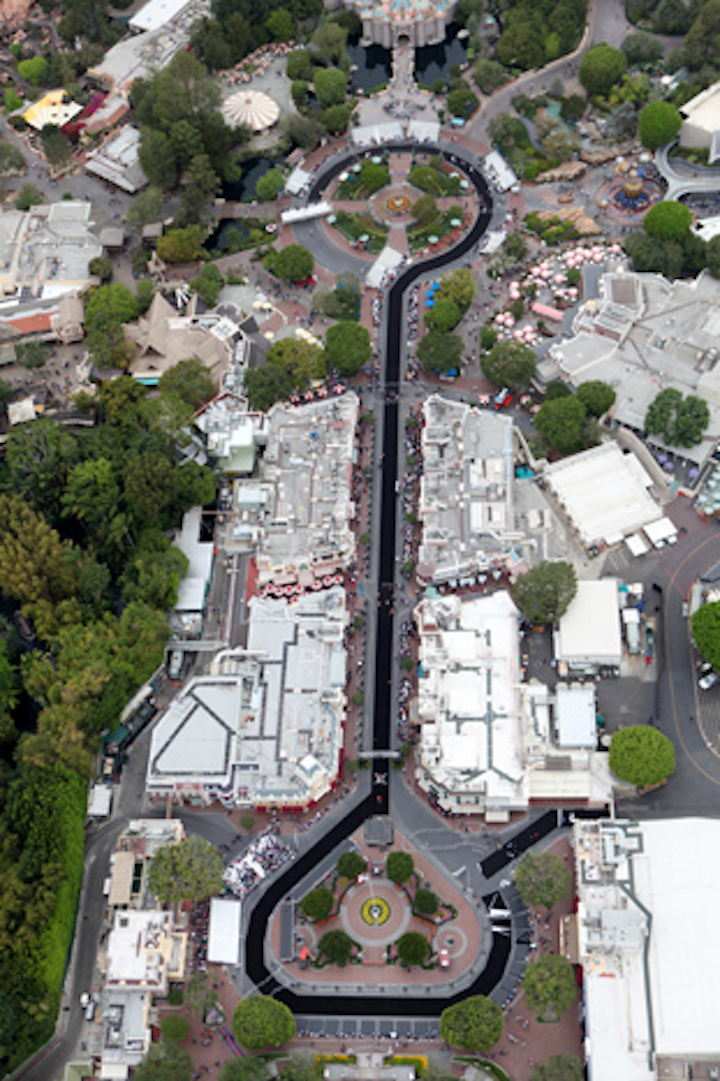 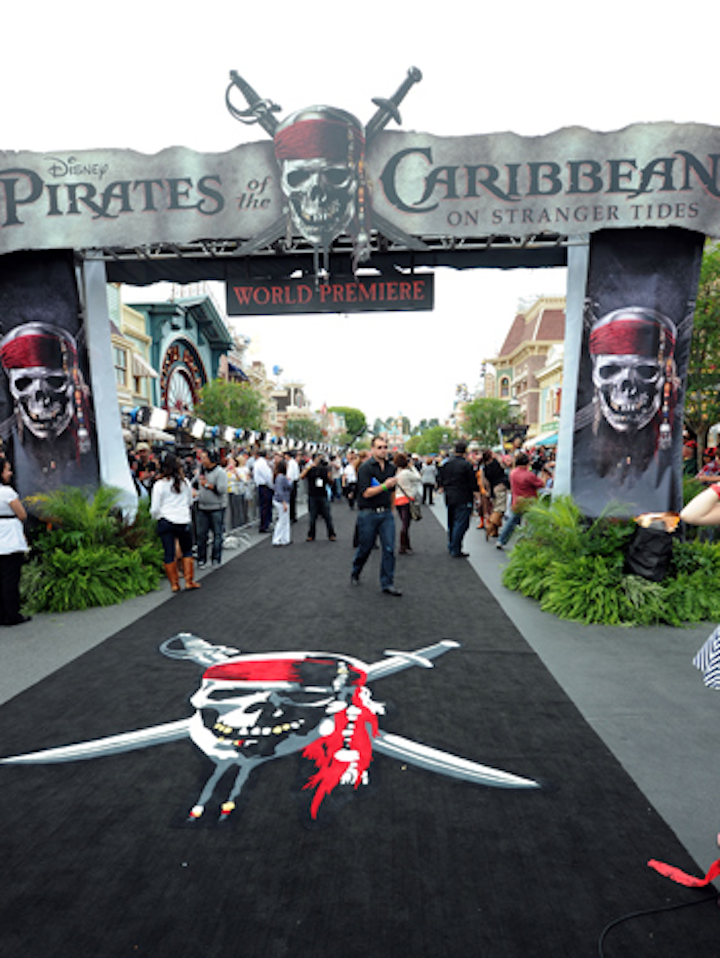 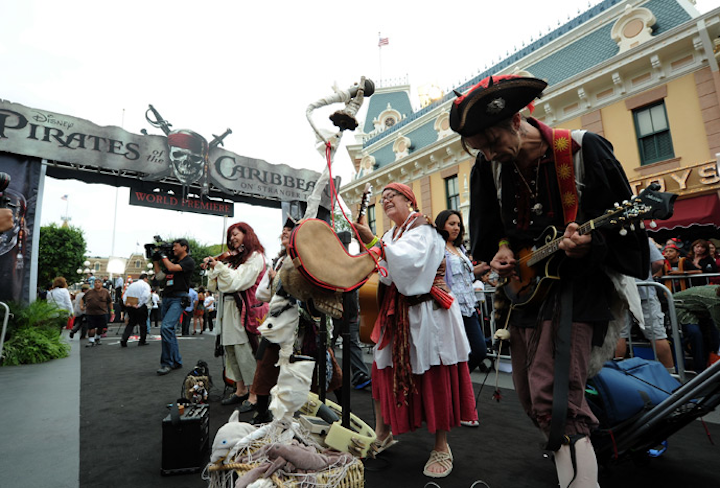 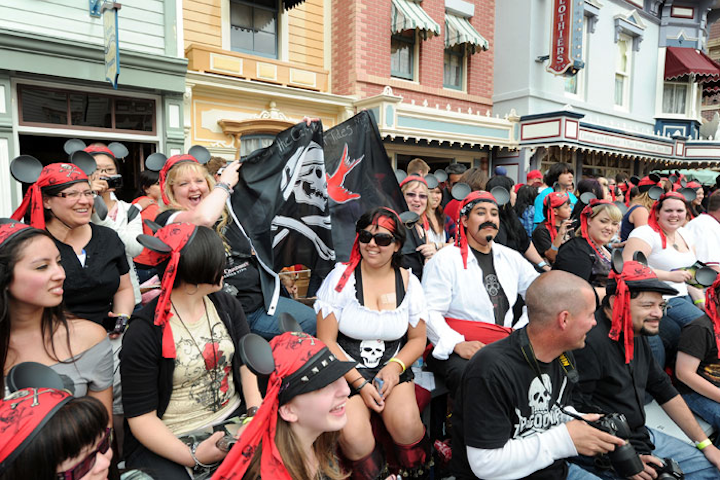 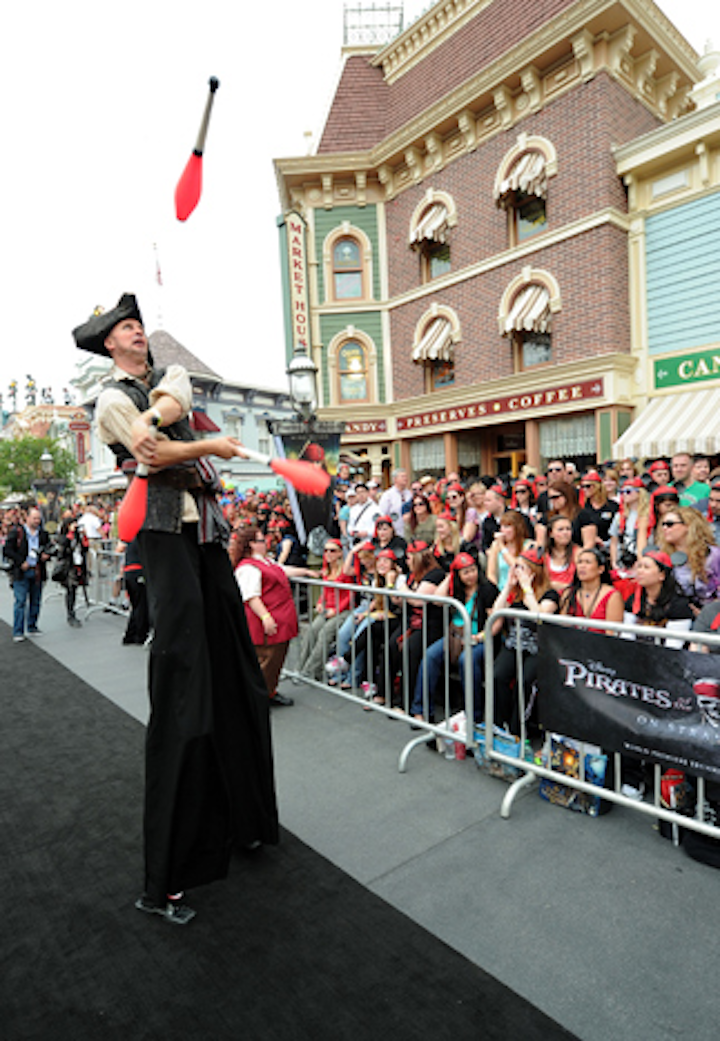 A stiltwalker was among the performers on the arrivals carpet.
Photo: Alberto E. Rodriguez/WireImage 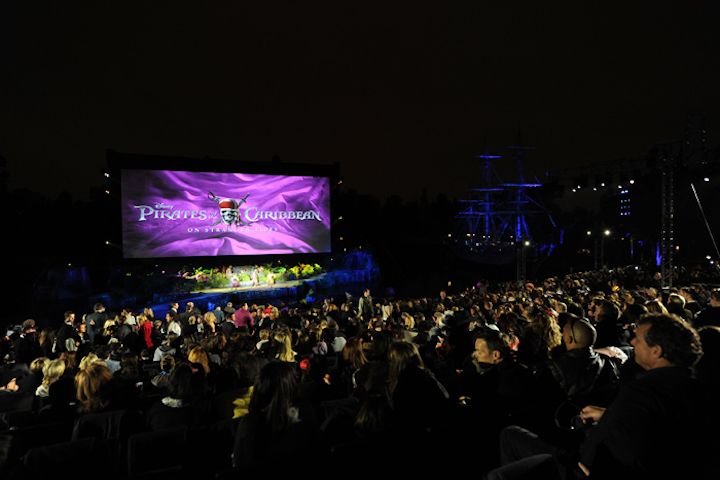 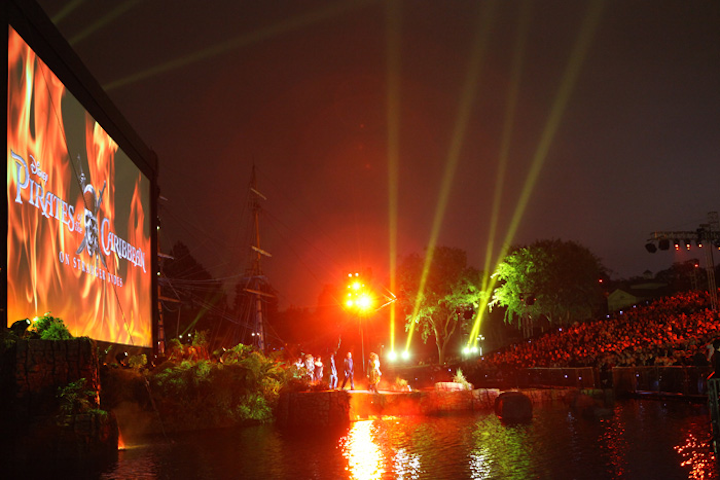 Xpand was behind the 3-D cinema system, and provided the 3-D universal glasses.
Photo: Patrick Wymore/Disney 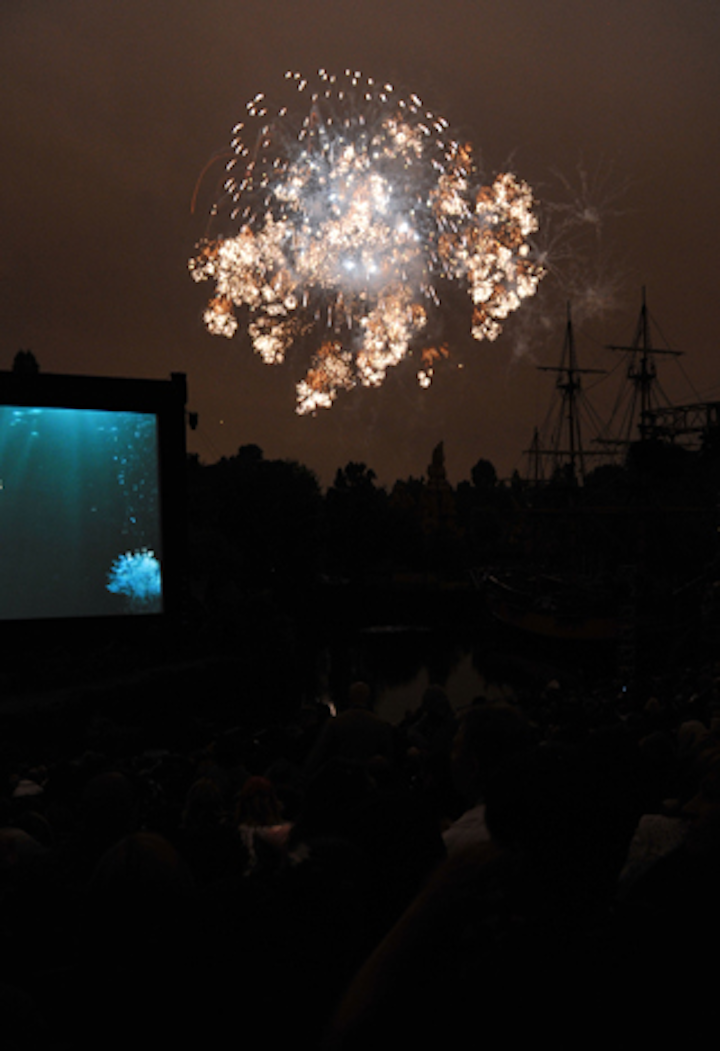