The nine honorees for this year's Elle Women in Hollywood awards included Jennifer Aniston, Michelle Pfeiffer, Viola Davis, and Barbra Streisand, and among the presenters was Reese Witherspoon. With the high level of celebrity that packs the Four Seasons for the annual event comes a slate of high-level sponsors, which are accustomed to a certain level of taste and accommodation—just like their actress counterparts. So Elle executive event director for special events and partnerships, Caitlin Weiskopf, working with Caravents on the production and design, put together a show that smoothly incorporated sponsors L'Oreal, Calvin Klein Collection, and David Yurman.

"If you look at year after year, we have the same partners who come back," Weiskopf said. "The level that these sponsors are at—they're mega brands in and of themselves. They come back because of the way they've been treated at the event."

Of the ballroom's total transformation, Caravents's Cara Kleinhaut said, "As the primary sponsor, Calvin Klein Collection [dictated] the overall design direction, the minimalist and sleek aesthetic. [We created] a transformed hotel ballroom and arrivals space by building seamless white flat walls and stage backdrop, and using luxurious textures such as plexiglass and ultrasuede in clean-lined, modern furnishings. False pony walls and white boxes covered all sound, lighting, and video instrumentation—there was not one black wire, piece of equipment, or truss to be seen."

But other sponsors required attention too. Kleinhaut said, "Our other main sponsor of the event, some would say, [has] the absolute opposite [look]: the feminine, colorful L’Oreal Paris." To incorporate the vibrant look and feel of that brand in a cohesive way, pops of color turned up in burgundy callas on the table in collections of hammered silver vases, and a plum tone was worked into on-screen graphics during the show and in frame detail around the large 16-by 9-foot screens. In the arrivals area, an 8-by 8-foot custom wall was created with a full, smoked plexi face, matching the smoked plexi used on the tabletops in the main awards space and invites. The team used the brand's Le Gloss product to build a 4-by 4-foot Eiffel Tower wall and to write “Because you're worth it” in the brand's signature cursive font. Plexi pedestals with clear vitrine tops showcased glass containers, color-blocked with the 22 shades of Le Gloss.

David Yurman had four signature vitrines filled with the brand's gems right off the step-and-repeat in the cocktails foyer, positioned in a high-foot traffic area near where celebrities exited the carpet and proceeded into the main ballroom.

"When the sponsor walk-throughs have less and less notes each year, we know we are in a great position," Kleinhaut said. Weiskopf added, "It's all done with the top market in mind. We're not trying to push any brand [inorganically]—including Elle." 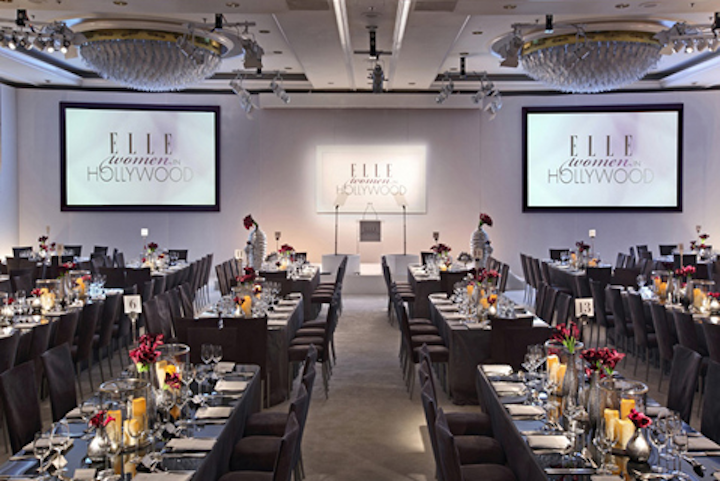 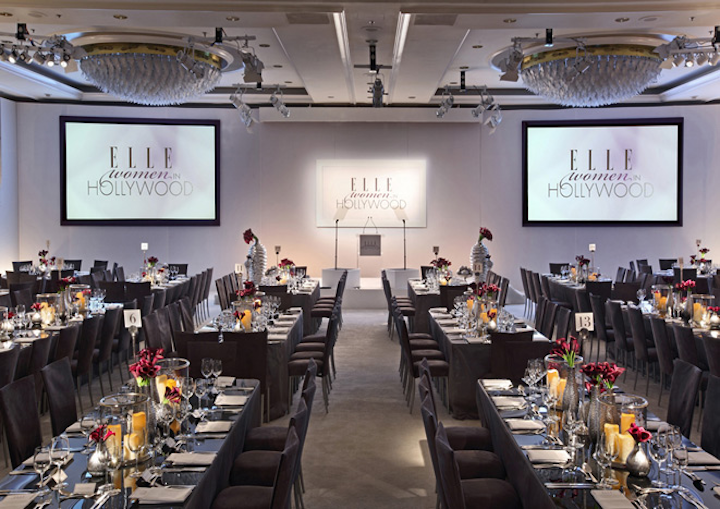 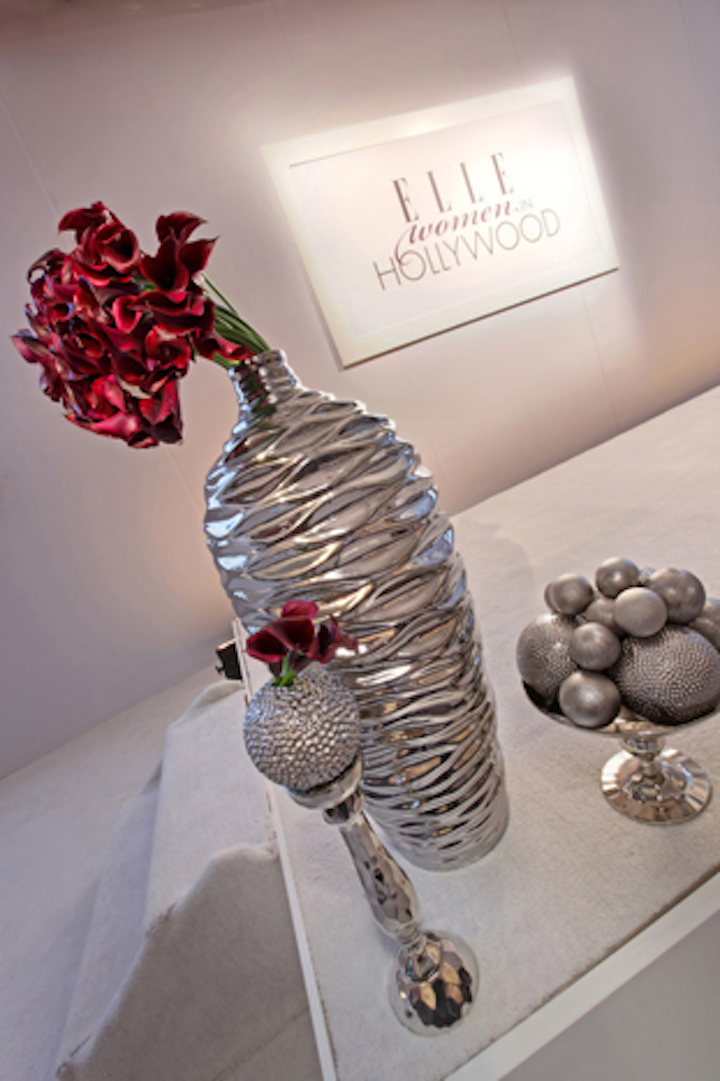 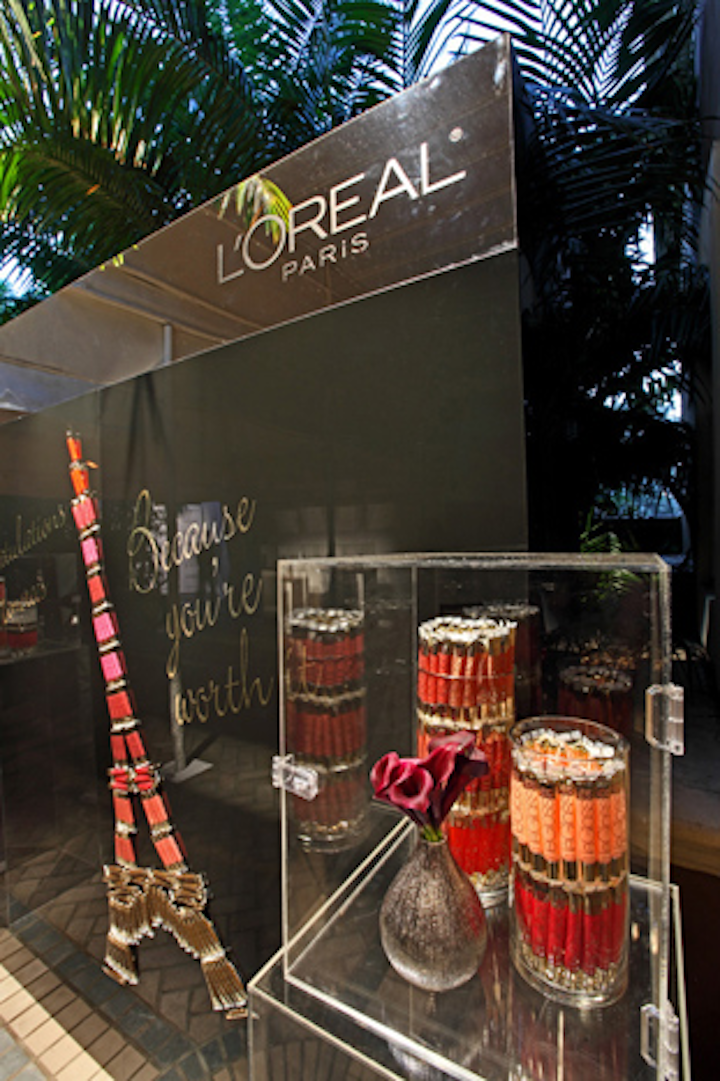 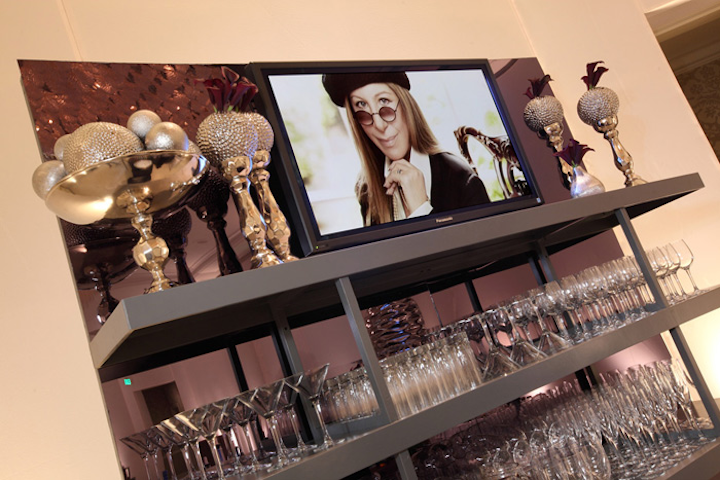 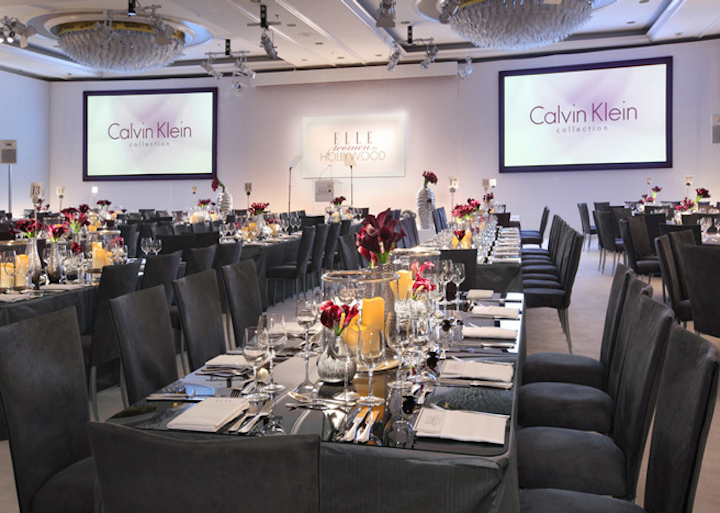 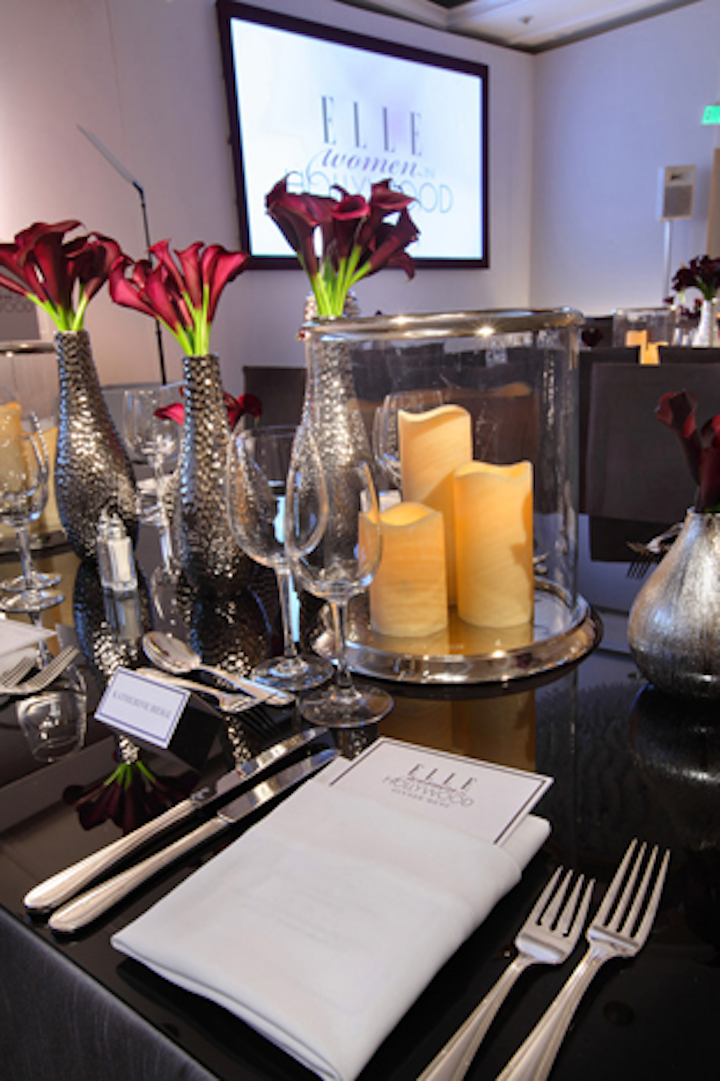 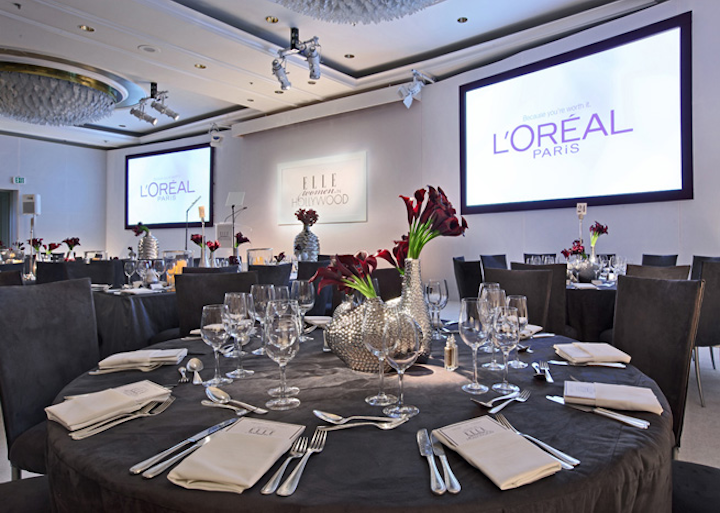 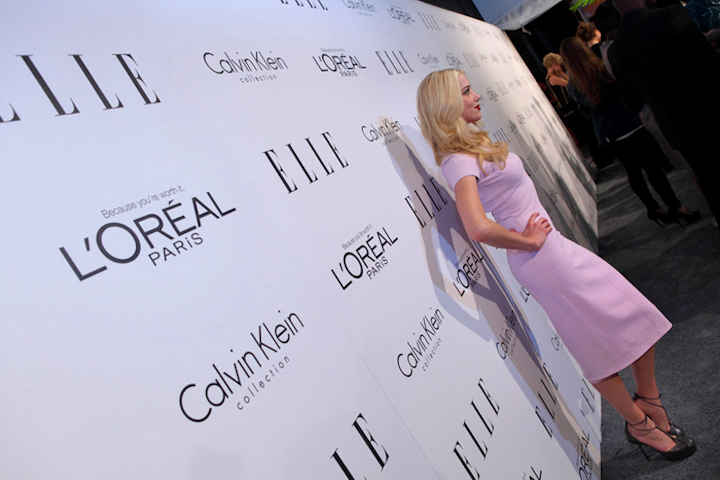 The event brought out an A-list crowd of presenters and honorees.
Photo: Line 8 Photography
More in Event Production & Fabrication