The gala for the National September 11 Memorial & Museum previewed items that will be exhibited at the soon-to-open museum by incorporating them into the stage design.

In a bid to capture the past and look to the future, the gala for the National September 11 Memorial & Museum incorporated artifacts from the 2001 attacks into the modern design of the stage and room. Unlike previous years, which centered on the memorial, the benefit held on September 3 put the spotlight on the soon-to-open museum and the recovered items that will be on display in the exhibition space.

To showcase the artifacts without cluttering the stage at the Waldorf Astoria's grand ballroom, 360 Design Events used images rather than the actual pieces, installing oversize light boxes above the stage and arranging them in a custom proscenium. As presenters on stage referenced each item, revealing the story behind a pair of heels or a lanyard, the corresponding image was illuminated.

The producers incorporated other thoughtful design elements such as sky blue and white lighting to set an uplifting tone in the ballroom. For the dinner tables, the 360 Design Events team created intricate, puzzle-like centerpieces comprising cards printed with images of memorial visitors, construction workers, first responders, and others affected by September 11. 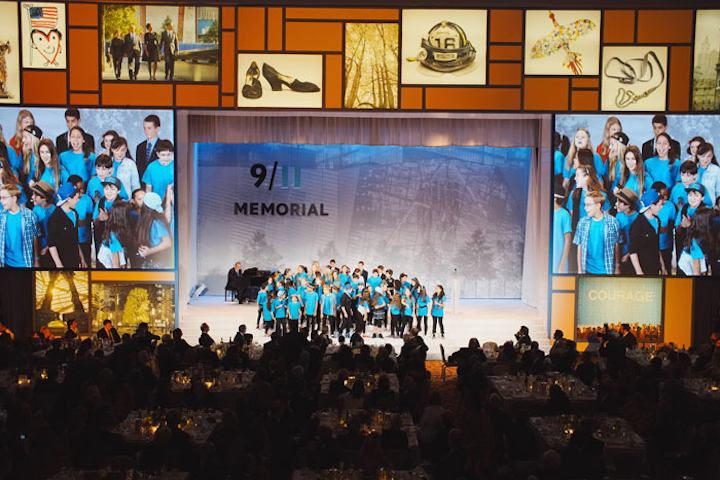 To bring the gala to a close, the Broadway Youth Ensemble performed alongside children born on September 11.
Photo: Jamie Watts Photography 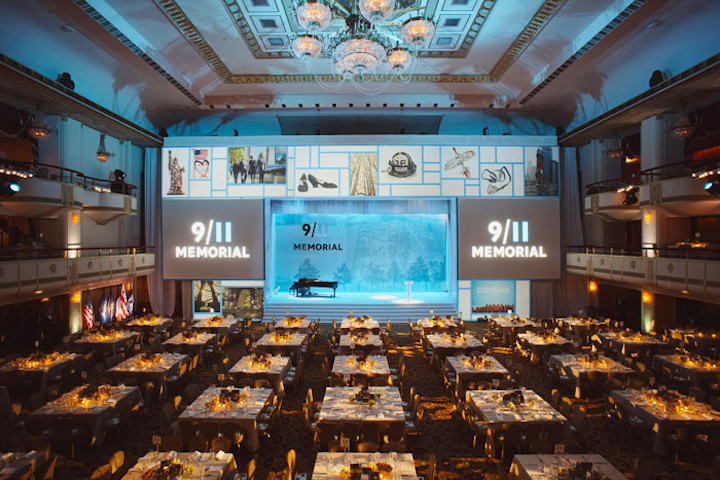 In its sixth year designing and producing the National September 11 Memorial & Museum gala, 360 Design Events filled the grand ballroom of the Waldorf Astoria with blue and white lighting, setting an uplifting tone for the evening.
Photo: Jamie Watts Photography 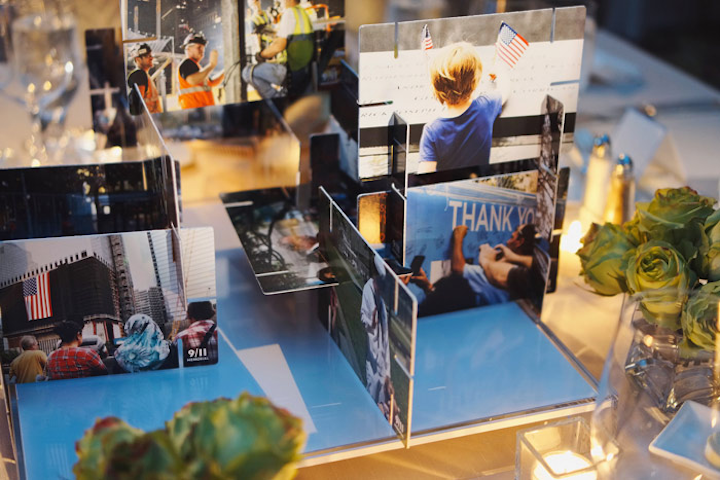