Why Listening to Your Sponsors Matters

The 28th Leukemia & Lymphoma Society Ball on Saturday saw an increase in its sponsor support this year. Going into the event, sponsorships had brought in $200,000 more than in past years. Executive director Beth Gorman credits the change to the organization’s dedication to creating sponsorships that fit the needs of the sponsor, rather than the other way around.

“It’s really about listening to our sponsors to see what they are looking for and what’s important to them, then offering them options of what we can do that’s creative and different,” Gorman said.

Pharmaceutical company Amgen approached the nonprofit about its desire to sponsor the event and how to tie the company’s focus on research together with that of the society's mission to provide research and better treatments for blood cancers. The result: the inaugural sponsorship of the James L. Eichberg Lifetime Achievement Award, which was presented to the McLaughlin family for its support of the organization and dedication to research and awareness in the community. This marked the first time a family received the award, which has been traditionally presented to a single person.

Presenting sponsor PhRMA, returning at this level for the second year, also approached the society about doing a different activation this year with its sponsorship. The organization sought to showcase its recent findings on medicines currently in development for blood cancers through signage throughout the reception space at the Walter E. Washington Convention Center.

“There’s been a shift,” Gorman said. “Sponsors want their logo out there, but they want people to see them as a strong corporate citizen and highlight how they are supporting the community.”

Another factor contributing to the uptick in sponsor dollars included the return of the $50,000 level, which had previously been passed over by companies. Past sponsors looking to upgrade from the $35,000 level, without the budget to reach the $75,000, requested to have the intermediate level back in order to gain more visibility with their support. The additional perks attracting top-level sponsors included more tables in the ballroom and speaking or video presentation opportunities. 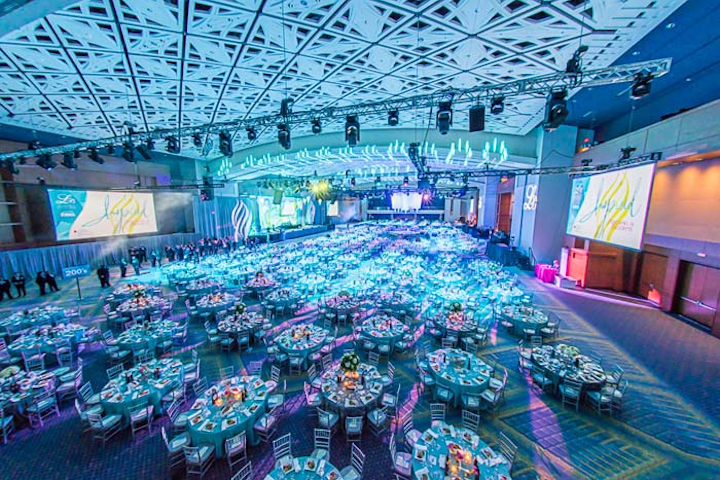 PRG changed the lighting among various shades of blue and purple throughout the night.
Photo: Tony Brown/imijphoto.com 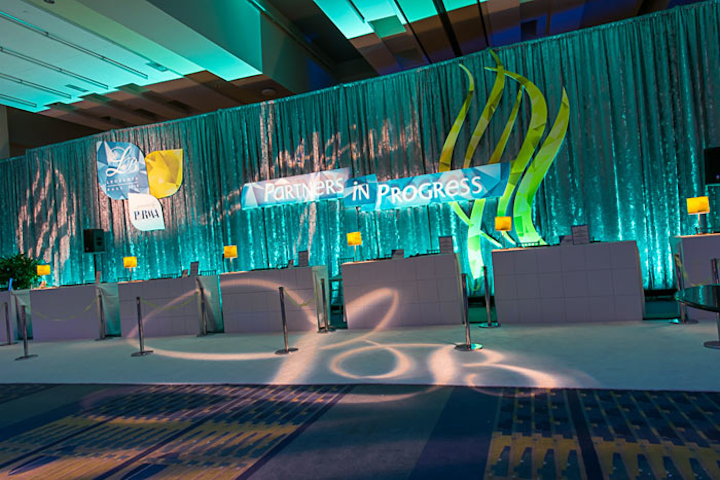 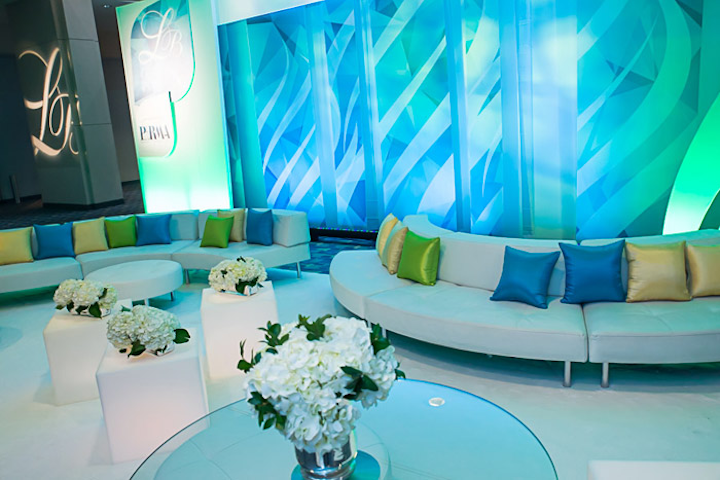 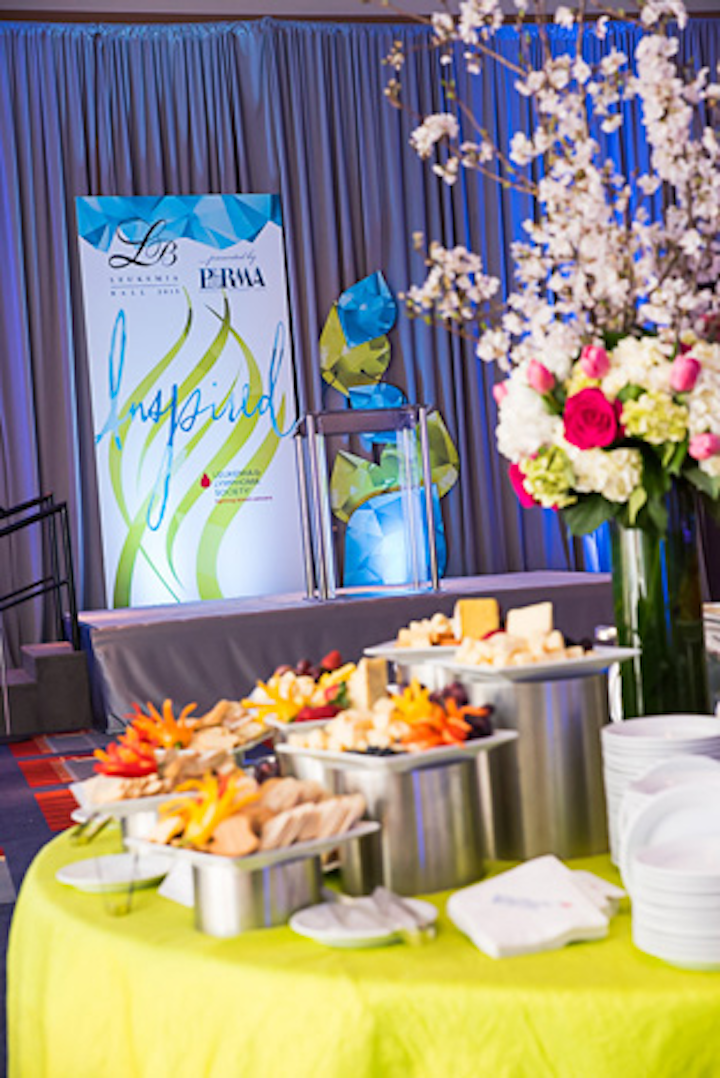 Caterer Centerplate set up multiple buffets of crudite in the silent auction area during the reception.
Photo: Tony Brown/imijphoto.com 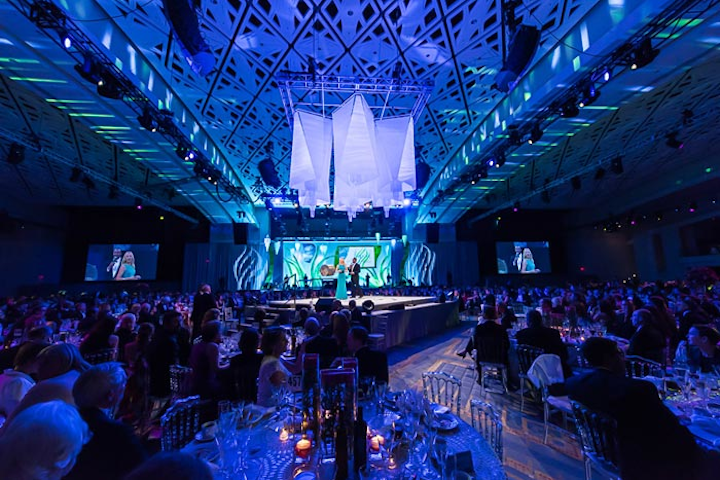 Hargrove set up the ballroom in a theater-in-the-round configuration with the main stage in the center of the space surrounded by dinner tables.
Photo: Tony Brown/imijphoto.com 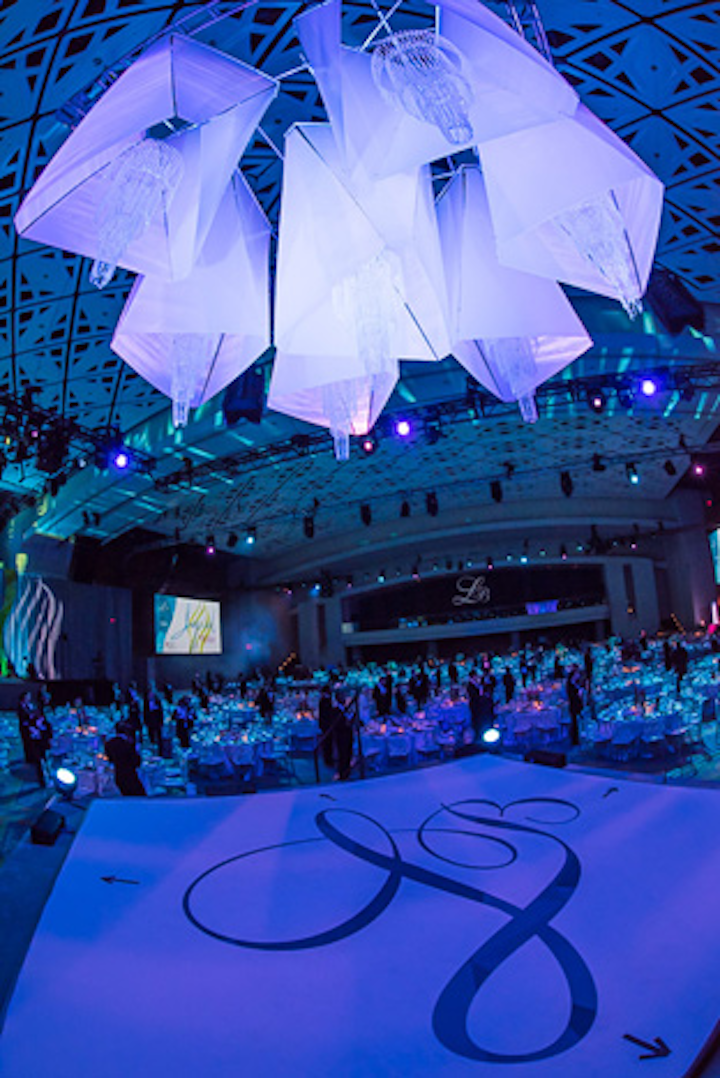 Hargrove suspended a cluster of crystal chandeliers, surrounded by white draping to amplify the color lighting, above the main stage.
Photo: Tony Brown/imijphoto.com 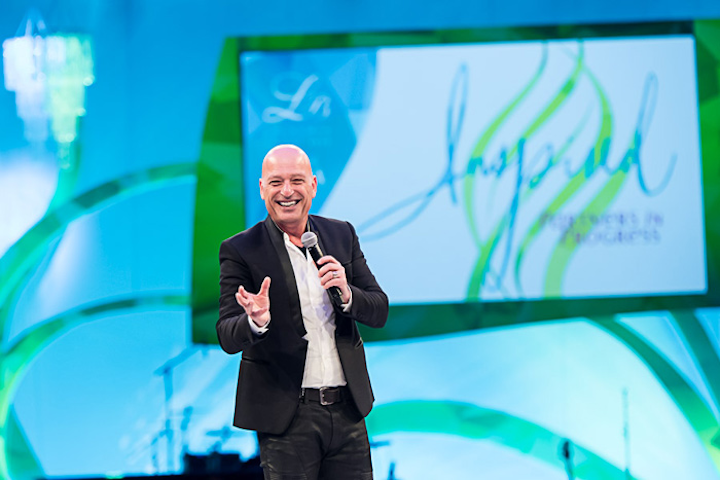 After comedian Jim Gaffigan bowed out of the event due to scheduling issues, Howie Mandel stepped in to entertain guests with stories of his germaphobia and marriage.
Photo: Tony Brown/imijphoto.com 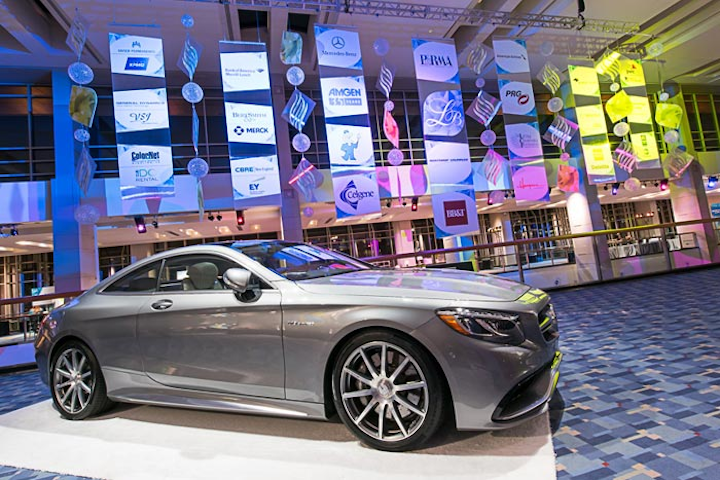 Mercedes one again sponsored the raffle, in which tickets sold for $100 each bought the chance to win a new car.
Photo: Tony Brown/imijphoto.com
More in Experiential, Activations & Sponsorships