See how this emerging technology is being used at trade shows, product launches, and other events.

Virtual reality creates opportunities for planners and brands to create engaging, innovative, multi-sensory activations for their target audience. By donning a virtual-reality headset to view three-dimensional imagery, users can be transported to places and into experiences that are otherwise unreachable. Here’s a look at a variety of ways virtual reality is being used by brands. 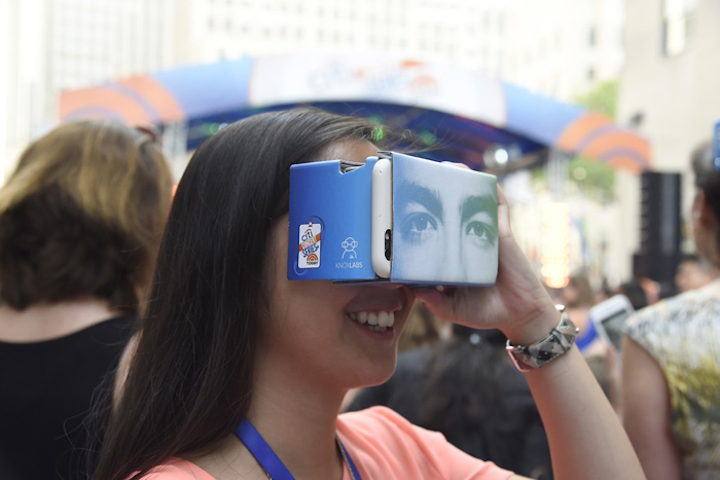 For the August 26 concert by DNCE on NBC's Today show, sponsor Citi distributed 8,500 branded Google Cardboard headsets in advance to Citi card members and NBC Fan Pass subscribers, and more than 1,000 headsets to attendees at New York's Rockefeller Plaza on the day of the performance. Using the viewers, fans were able to see the performance in 360-degrees, view different band members, look out at the audience, etc. In addition to the 14-minute live stream experience, users could access post-show content in virtual reality online. IM360 filmed and produced the experience.
Photo: Kevin Mazur/Getty Images for Citi 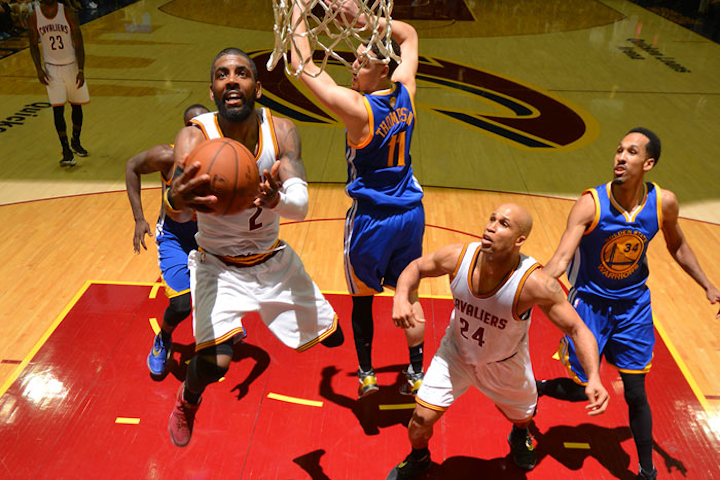 The N.B.A. and Oculus have created a 25-minute, 3-D virtual-reality experience that immerses users in the dramatic games of the 2016 N.B.A. Finals between the Cleveland Cavaliers and the Golden State Warriors. Created by Mssng Peces, the experience debuted for the public Wednesday at the N.B.A. Store in New York and is now available on the Oculus Store for Samsung Gear VR.
Photo: Courtesy of NBA 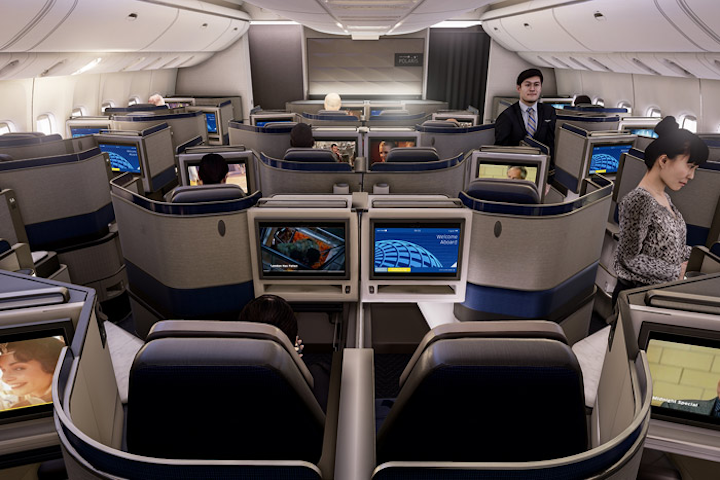 United Airlines is using virtual reality to generate buzz about its new Polaris business class and lounge, which become available in December, The company partnered with Thinkingbox to create an virtual-reality activation that gives users a 360-degree, 3-D virtual tour of the new planes and terminal gate lounges. The experience is about five-and-a-half minutes long and is narrated by Matt Damon. United has used it at events around the country, including the Barclays golf tournament in August in New York.
Photo: Courtesy of Thinkingbox 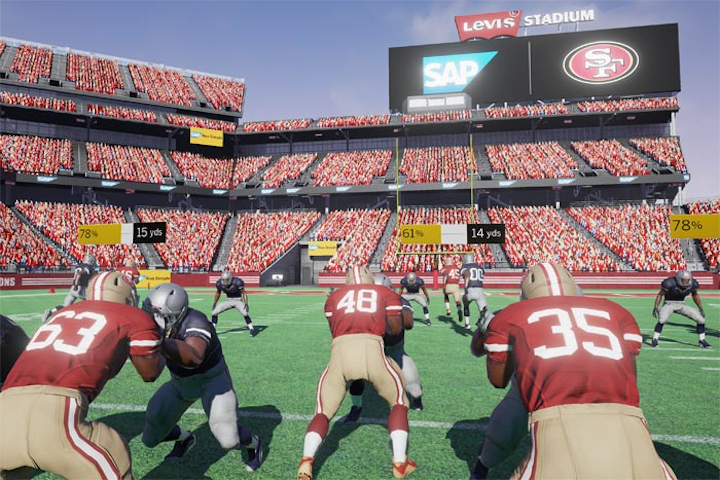 SAP’s Quarterback Challenge, created by Helios Interactive, allows users to feel as if they are the quarterback in an N.F.L. game. Gaze detection technology also allows fans to select which receiver they want to throw to, and a hand-held trigger measures timing and accuracy. The experience debuted in the Fan Energy Zone Powered by SAP at Super Bowl 50 in February, and is now part of SAP’s partnership with Levi’s Stadium in San Jose, California.
Photo: Courtesy of Helios Interactive 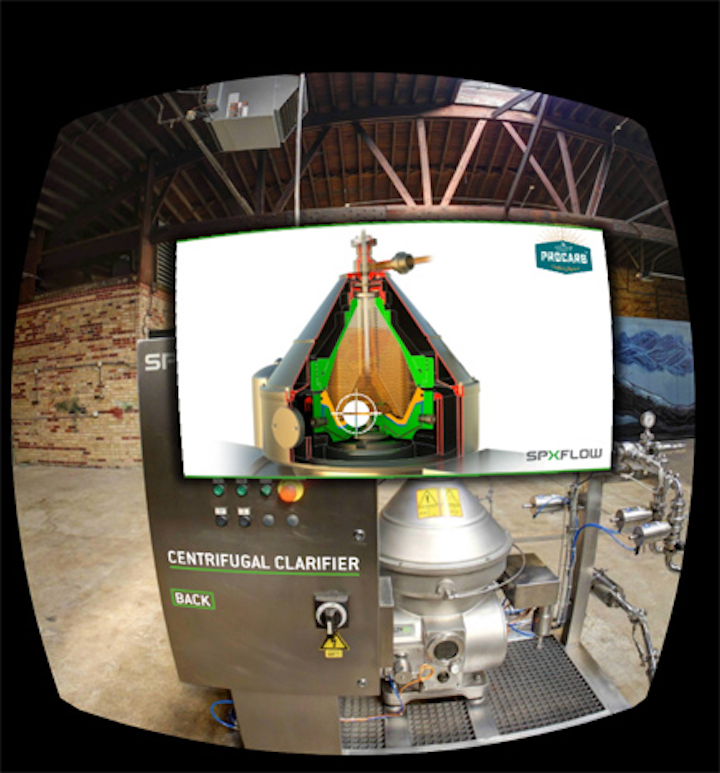 Rather than shipping its massive equipment to Philadelphia to display it at the Craft Brewers Conference and BrewExpo America in April, ProBrew used virtual reality to help attendees see the machinery in action. Foundry 45 created the virtual-reality app that placed the viewer in the midst of the brewing process.
Photo: Courtesy of Foundry 45 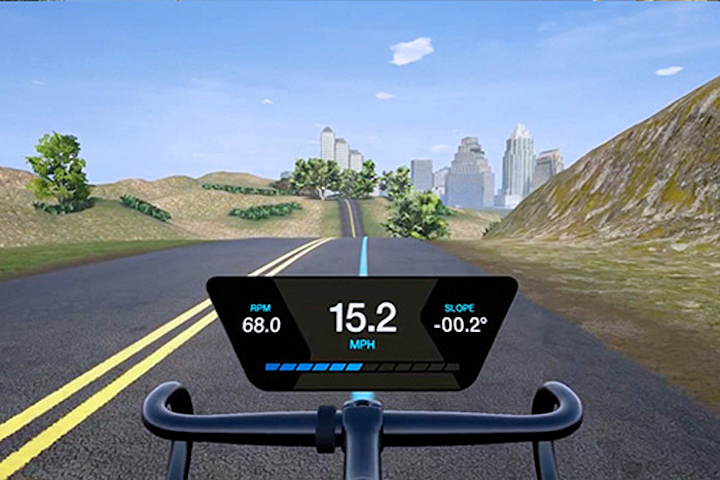 I.B.M. is using a virtual-reality cycling experience to demonstrate its new Watson Analytics tool. Created by Helios Interactive, the experience allows users to virtually cycle through a variety of experiences while reacting to changes in wind, weather, and elevation. IBM has used the virtual-reality activity at South by Southwest and at the U.S. Open.
Photo: Courtesy of Helios Interactive 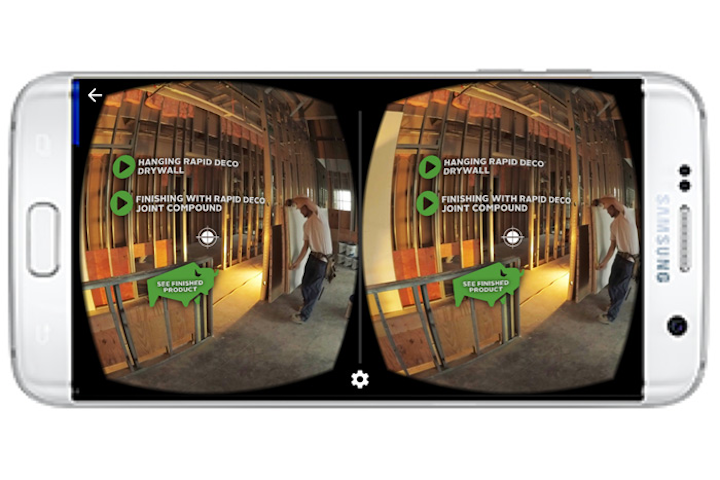 For the Intex Expo in April in New Orleans, Foundry 45 created a virtual-reality experience for Continental Building Products. The company used the technology in its booth to transport customers to a job site to see how its drywall product is installed. “It was a fun way for showgoers to learn about Rapid Deco [drywall] without having to physically travel to a site,” said Robbe Pearson, the company’s senior director of marketing and commercial performance.
Photo: Courtesy of Foundry 45 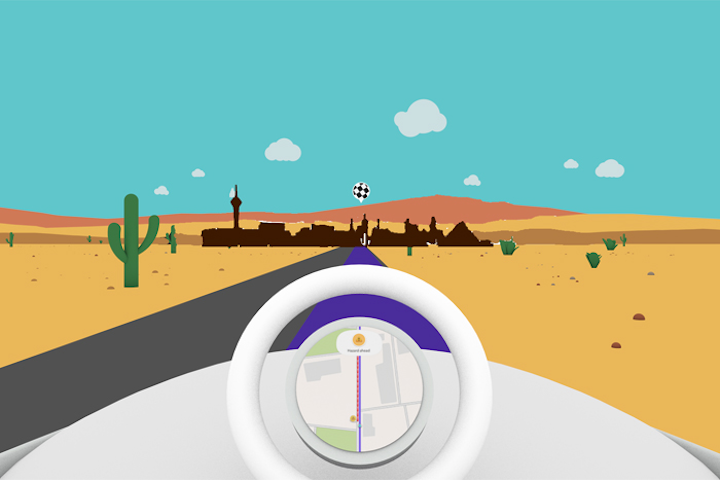 For a special event for Google during the Consumer Electronics Show in January, Sparks created a virtual-reality experience to demonstrate the Waze platform and user experience. Using Google Cardboard, the virtual-reality film put users in the driver’s seat on a road trip to Las Vegas through a quirky, animated world. The goal was to give media executives a first-hand look at the tools and engagement opportunities available on Waze.
Photo: Courtesy of Sparks
More in Experiential, Activations & Sponsorships