How a Liquor Brand Dominated Coachella This Year

Absolut unveiled its newest flavor, Absolut Lime, with a splash at the Grammy awards in February. That sponsorship included television, digital, and social media tie-ins, as well as a signature cocktail called the Absolut Limelight.

For Coachella, the liquor brand’s on- and off-site activations, which were designed and produced by MKG, were an extension of the Grammys presence with the same vibrant look and feel.

“At the Absolut Limelight tent, we refreshed the festival experience by using the energy of Absolut Lime to trigger your touch, taste, smell, sight, and hearing,” said Laura Gavin, director of production for MKG West. Festivalgoers entered through a fruit-covered wall and bottle-shaped portal, while being immersed in a lime scent.

In addition to the on-site tent, Absolut also presented activations at the Moschino Candy Crush party hosted by fashion designer Jeremy Scott and Republic Records and SBE's Hyde Away party. An oversize interactive installation at the Moschino event allowed partygoers to create light art in shades of green; a lime-and-Absolut-infused popsicle stand served up treats at the Republic Records event. 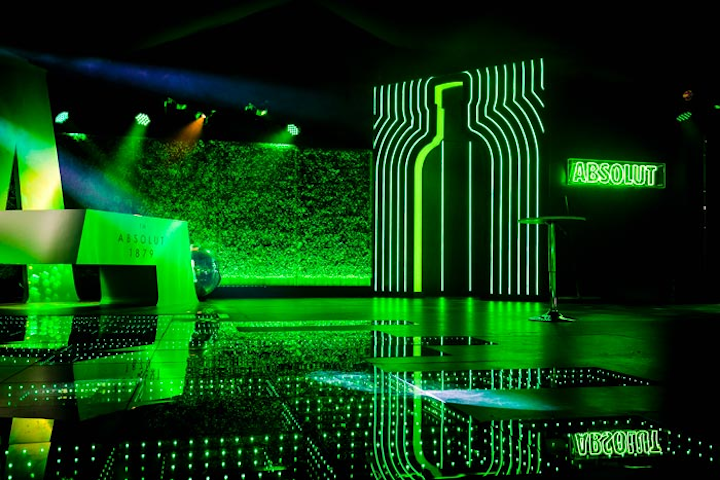 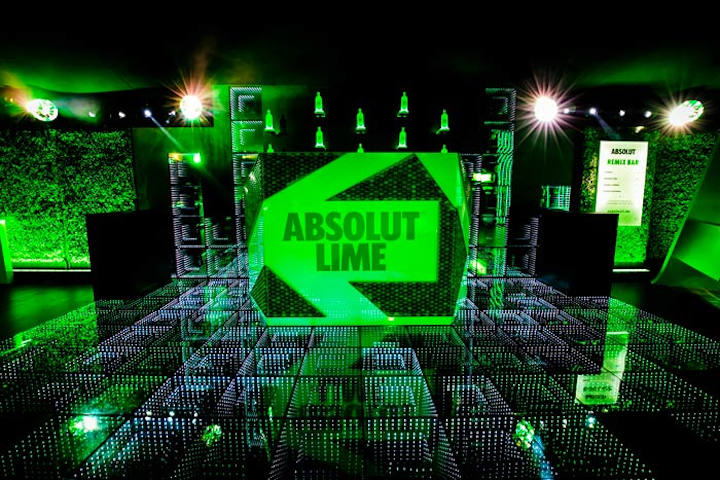 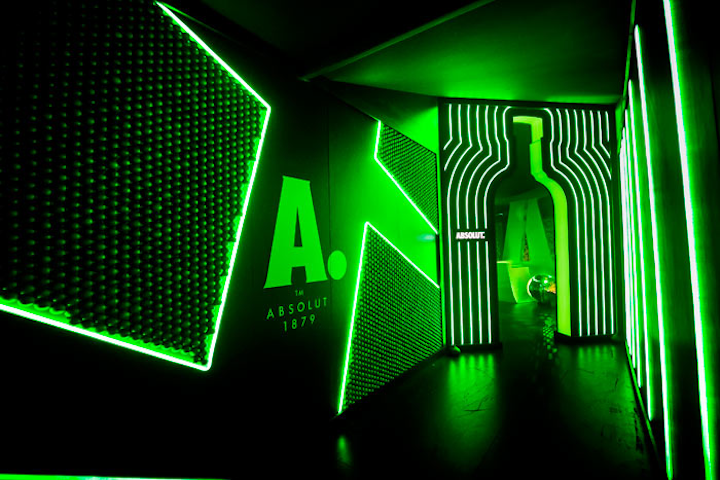 Festivalgoers entered through a lime-decorated walkway, which was also immersed in a lime scent.
Photo: Marissa Joy Kaplan 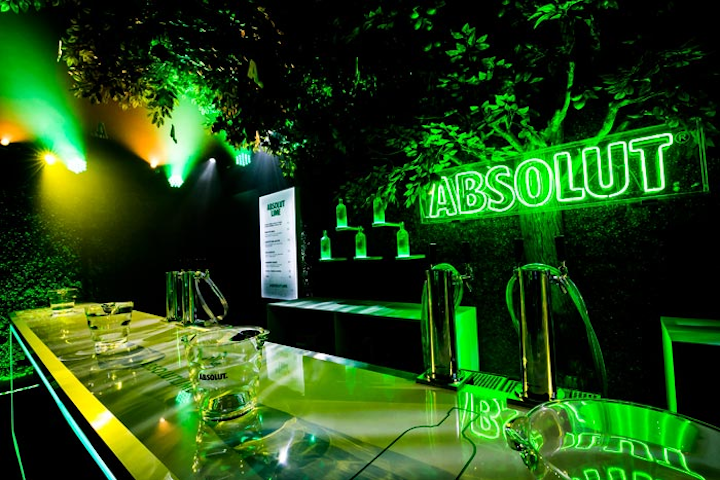 Specialty cocktails featuring the new flavor and other citrus-infused Absolut vodkas were available at the bar.
Photo: Marissa Joy Kaplan 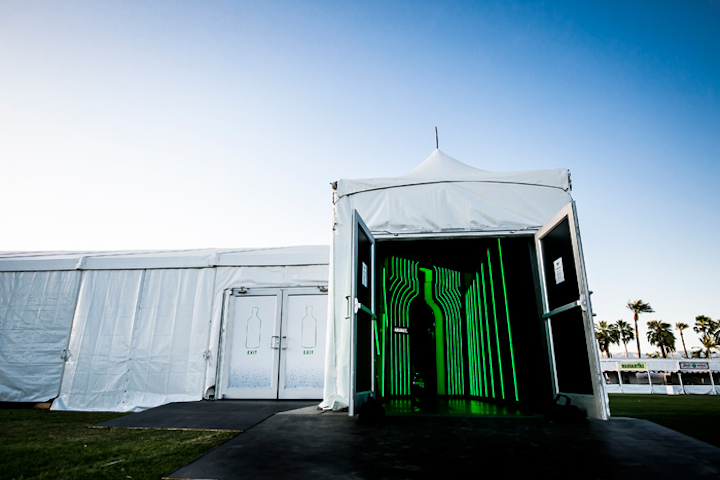 The on-site tent was one of three Coachella-related activations that MKG created for Absolut.
Photo: Marissa Joy Kaplan 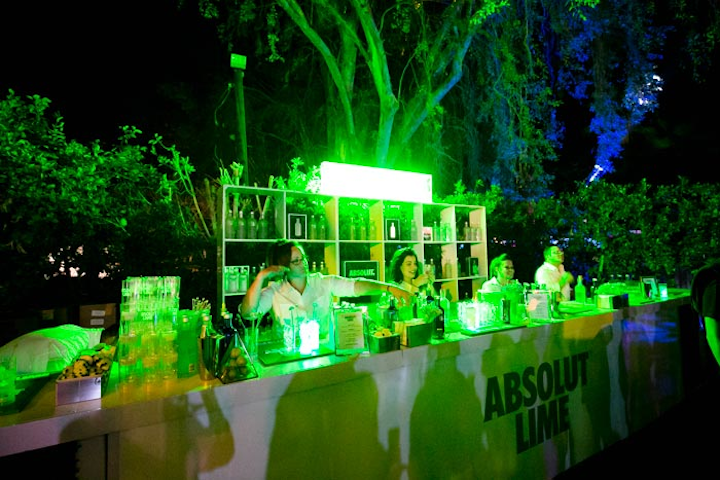 The Moschino Candy Crush party, hosted by fashion designer Jeremy Scott, was held during Coachella’s first weekend and was one of the fest’s many exclusive, unofficial side events. An Absolut-branded bar served specialty cocktails to guests.
Photo: Marissa Joy Kaplan 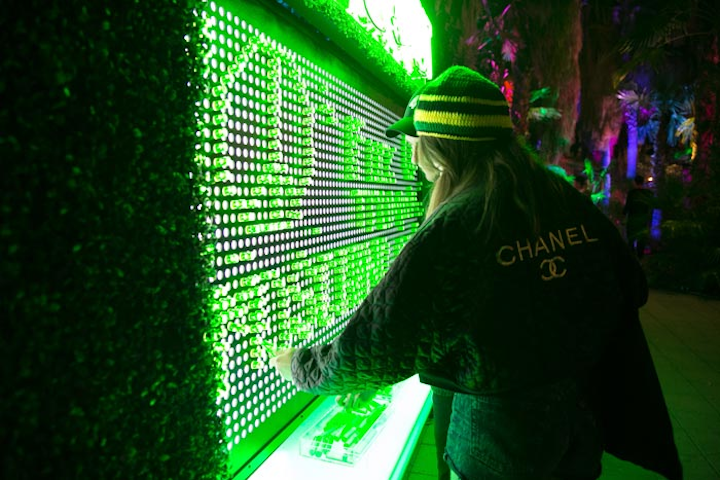 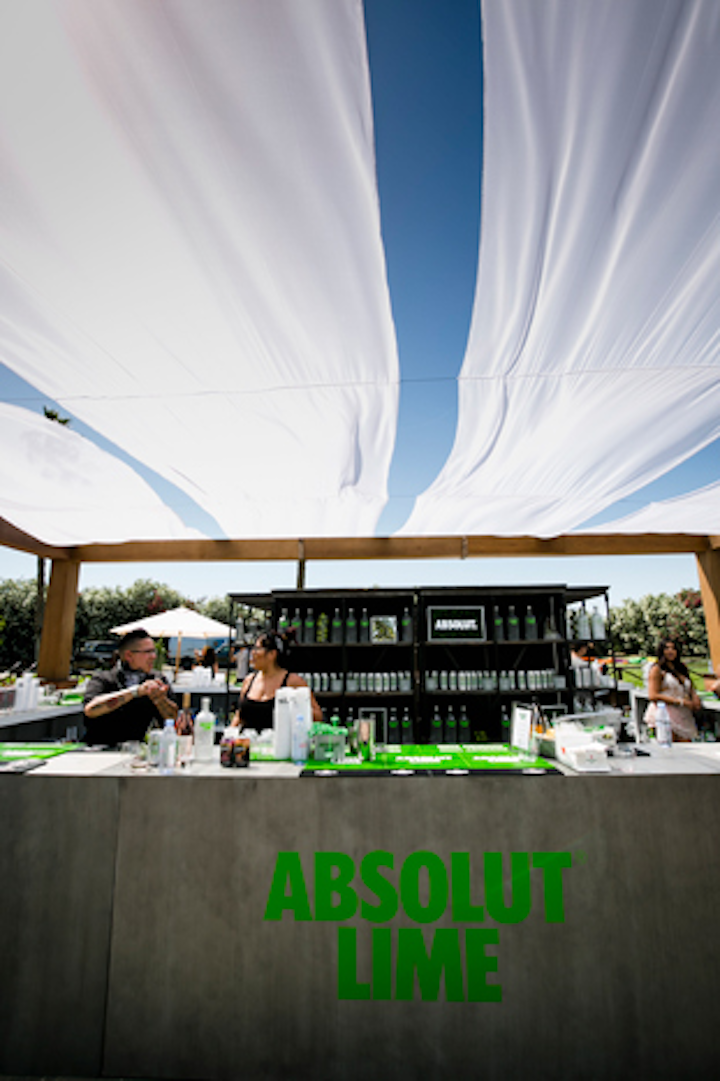 Republic Records, a division of Universal Music Group, teamed up with SBE on a two-day event called the Hyde Away party during the first weekend of the fest. The event featured performances from the label’s artists as well as sponsored activations like an Absolut Lime popsicle station.
Photo: Marissa Joy Kaplan
More in Experiential, Activations & Sponsorships