For the relaunch its show TRL, the network offered fans free rides, popsicles, and branded swag in the popular New York location.

To celebrate the newest iteration of its popular series TRL, MTV took over Times Square on October 2. The New York location is home to the show and the Viacom company’s offices.

Inspired by the frenetic energy of the tourist hot spot, the design of the activation, which was produced by the Viacom special events team along with the Michael Alan Group, was dominated by the bold yellow and black colors of the show's logo and branding.

Originally airing from 1998 to 2008, Total Request Live, which became commonly known as TRL, featured music videos, guest interviews, and an in-studio audience of crazed fans. The updated version brings back that same format for a new generation, specifically aimed at the 12- to 17-year-old demographic.

The goal of the takeover was to reach an audience beyond Times Square, with plenty of shareable moments for visitors to post on social media. An estimated 2,000 people experienced the activation on premiere day.

Plus, for the duration of the show’s launch week, MTV took over the visitors area within the lobby of the Viacom building, installing bold yellow-and-black patterned floor decals and a lounge space with a photo booth. Brand ambassadors were also on site handing out giveaways. 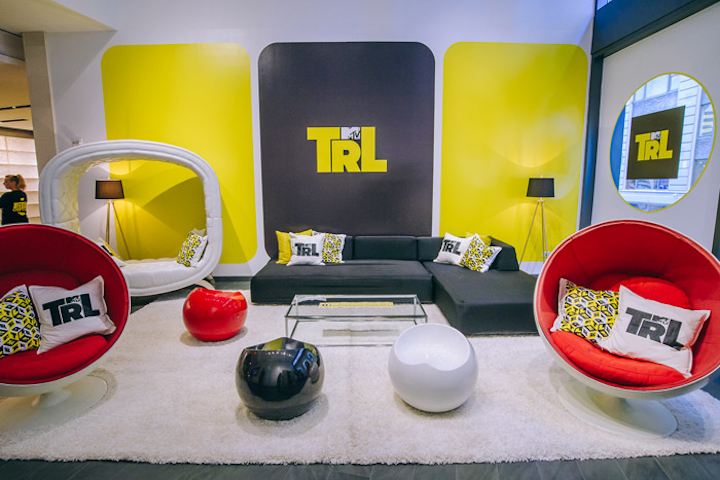 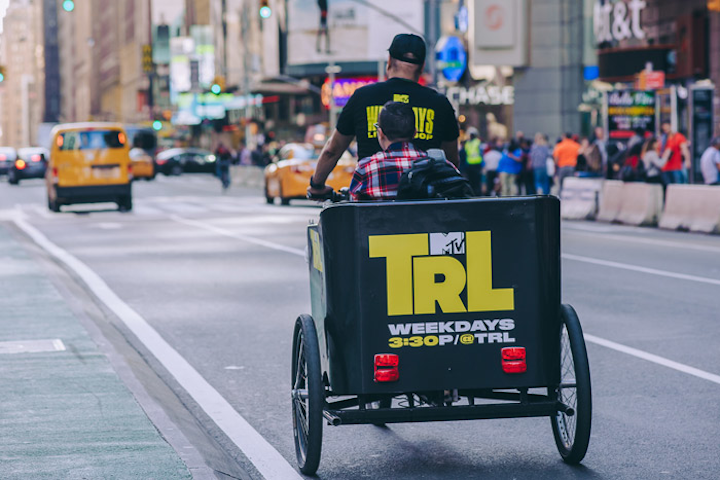 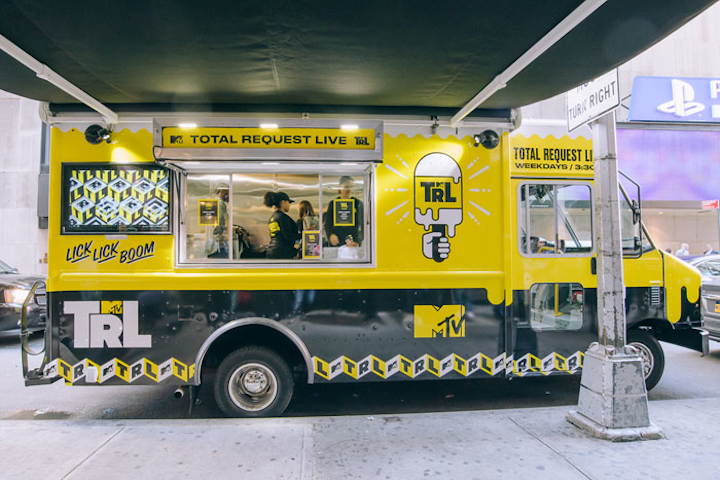 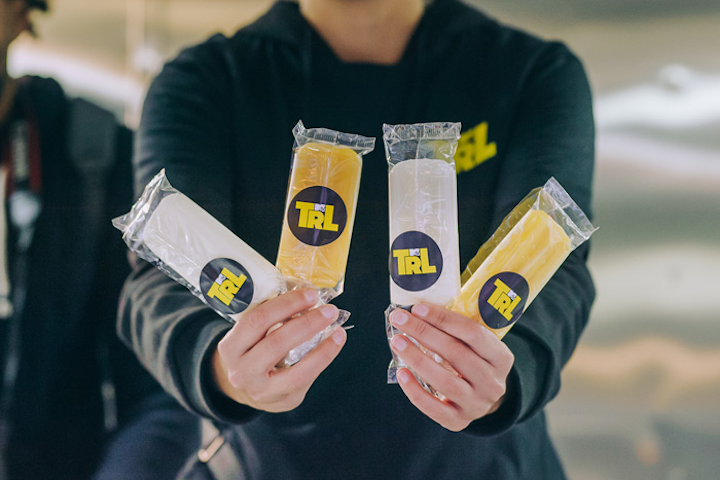 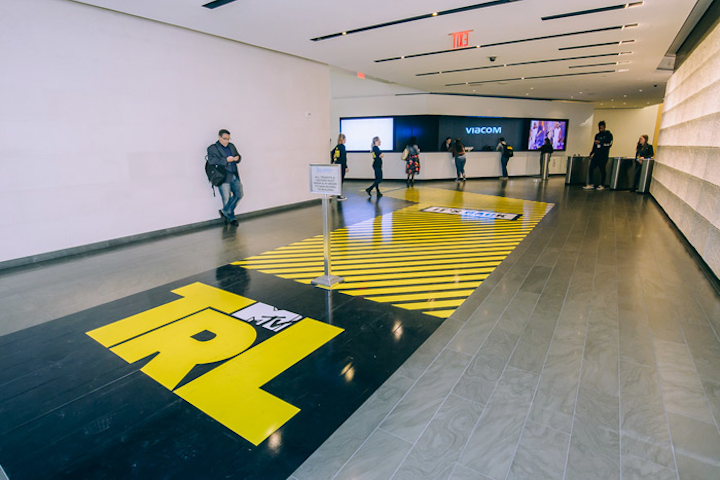 The show took over the visitors area within the lobby of the Viacom building in Times Square with graphic floor decals that resembled traffic signage.
Photo: Jane Kratochvil 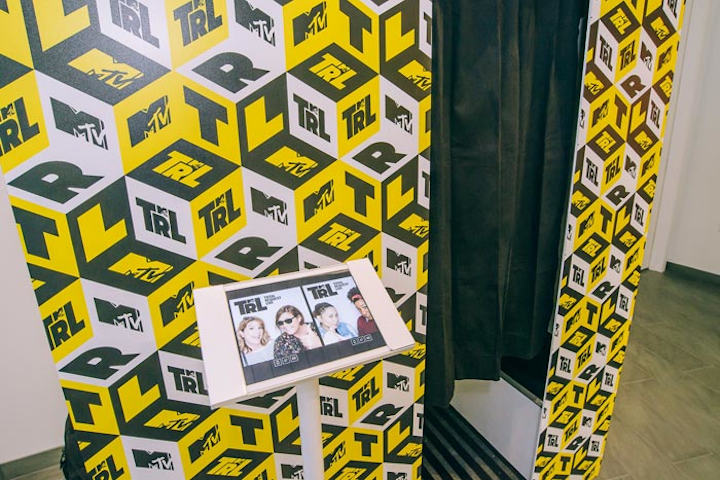 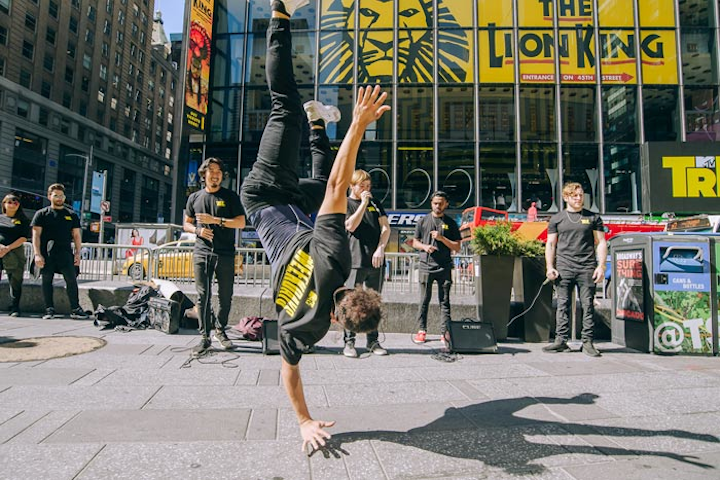