How National Geographic Made Picasso Instagram-Friendly

For the new season of its Genius series, the network created a high-tech studio inspired by the famous artist.

To promote the second season of its anthology series Genius: Picasso, National Geographic created an immersive experience inspired by the famous abstract artist. The 10-episode series, which stars Antonio Banderas and Alex Rich in the joint role of Pablo Picasso, premiered April 24 and explores the life of Picasso.

“The goal wasn’t to show his work,” said Dennis Camlek, executive vice president of strategy and consumer marketing at National Geographic, about the activation. “Ultimately we wanted to do a space that allowed you to channel your inner Pablo and allow you to create something on your own that is inspired by his work and his periods.”

“What was really inspiring from the team at Nat Geo was giving us—no pun intended—a relatively blank canvas that was to be inspired by the work and story of Picasso and bringing that to life in a modern, fun way,” explained Jon Doran, managing director and executive producer of RadicalMedia, the New York-based multi-disciplinary studio tasked with creating the activation.

Inside, visitors were able to design their own work of art on interactive digital easels and become part of the painting thanks to several oversize vignettes that were inspired by Picasso’s artistic periods.

While designing the space, Doran said that he and his team asked themselves, “How do we reimagine the idea of selfie moments in a fun, playful way where people are learning the story and having a part in the story?” In addition to the Instagrammable ops, a “collective community mural” was featured at the entrance to the space; it included frames within a digital collage that pulled in art from the digital easels, so the giant mural was constantly evolving over the course of the activation, which was open to the public from April 19 to 22.

Plus, the personal masterpieces were also piped into outdoor advertising spots found around New York, such as bus stops, which were continuously updated with new artwork.

National Geographic recently revealed that author Mary Shelley will be the subject of the series’ third season. No word yet if Frankenstein will be brought back to life to promote it. 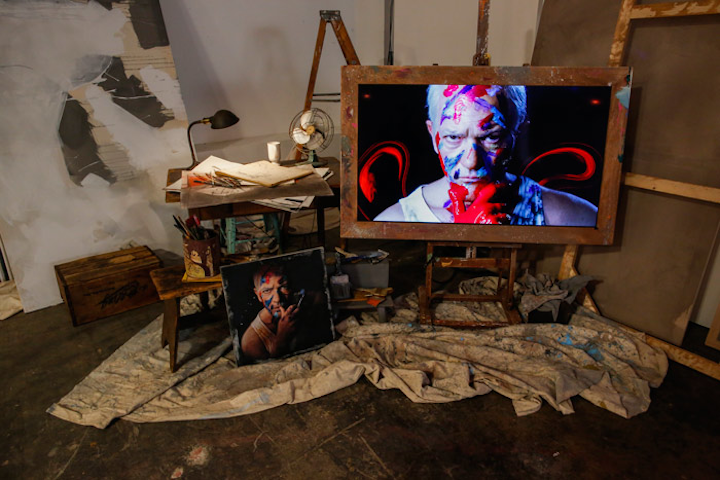 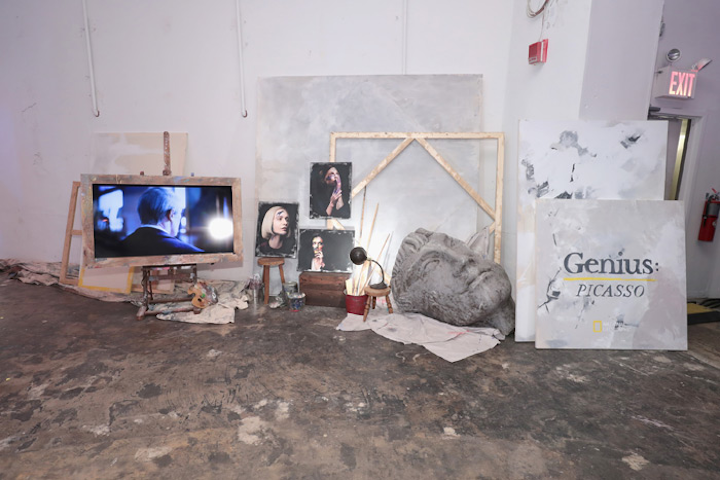 For the first season of the Genius series, National Geographic hosted an activation at South by Southwest called Nat Geo Further Base Camp, an interactive hub where visitors could participate in brain-boosting and mind-boggling activities. It was inspired by Albert Einstein, the subject of season one. Camlek said the network wanted to do something comparable for the Picasso anthology.
Photo: Cindy Ord/Getty Images for National Geographic 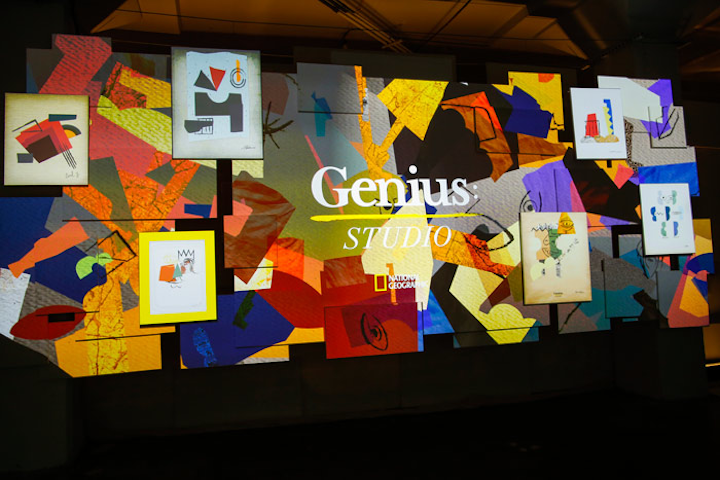 A “collective community mural” was featured at the entrance to the space; it included frames within a digital collage that pulled in art from the digital easels, so the giant mural was constantly evolving over the course of the activation.
Photo: Kena Betancur/National Geographic/PictureGroup 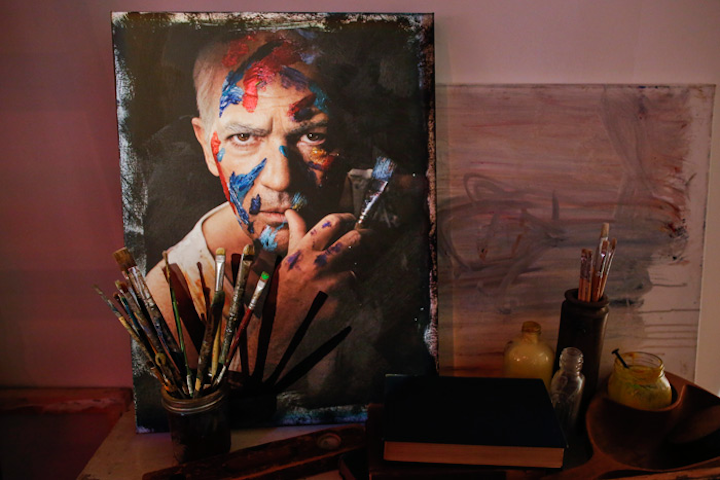 As decor, the space included elements that would be found in an artist’s studio such as canvases and paint brushes. Genius: Picasso, which stars Antonio Banderas as Pablo Picasso, explores the life of the visionary artist.
Photo: Kena Betancur/National Geographic/PictureGroup 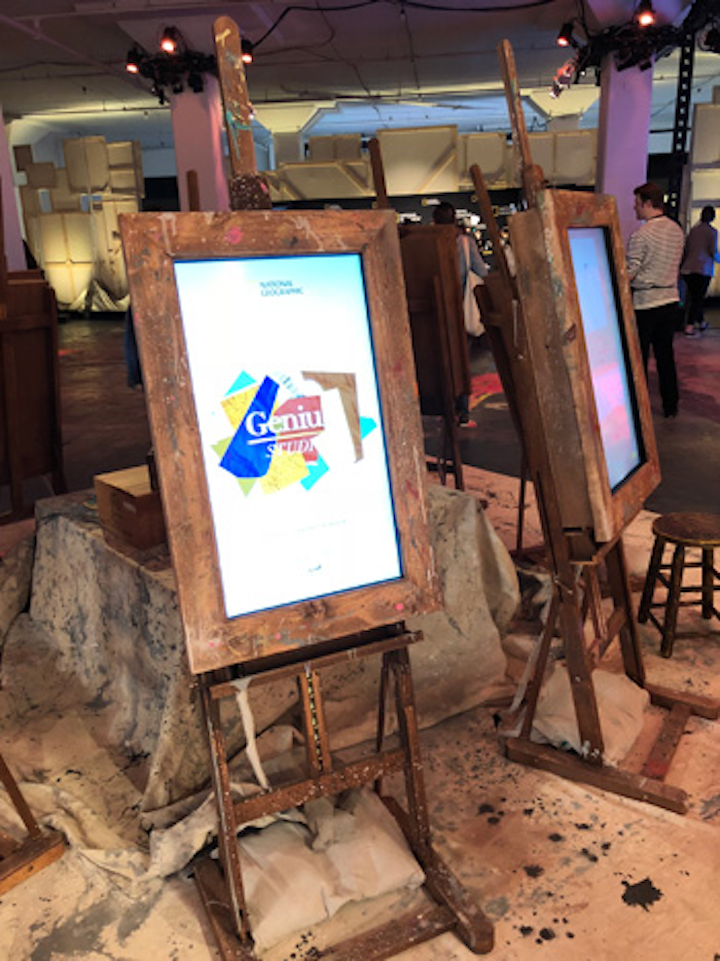 Visitors could design their own artwork on interactive digital easels using a digital toolkit featuring shapes, textures, line art elements, and colors rather than paint. The artwork, which was shareable via social media, was also printed and “hung to dry” for the visitors to take home. The proprietary art program was developed by RadicalMedia’s team of coders.
Photo: Michele Laufik/BizBash 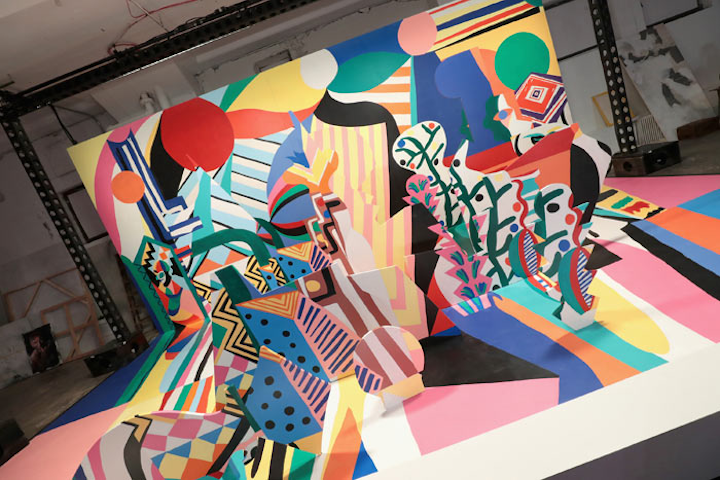 Visitors could walk between the layers of an anamorphic cubist-inspired painting.
Photo: Cindy Ord/Getty Images for National Geographic 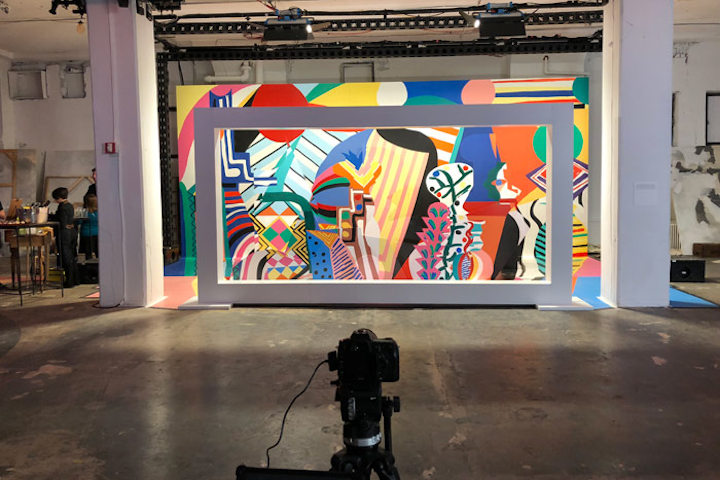 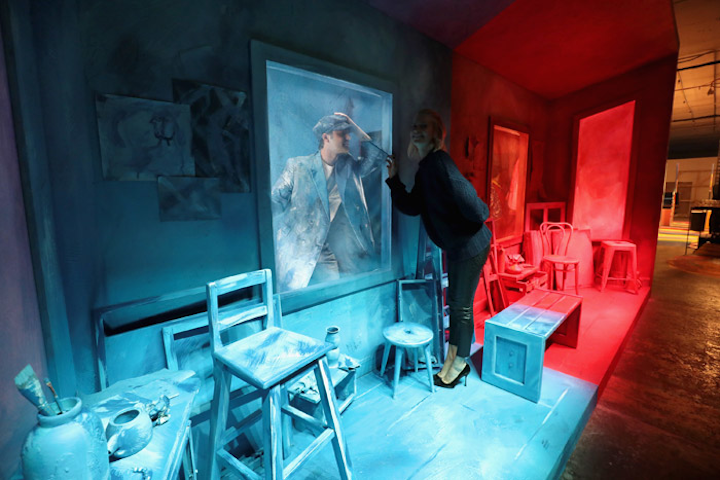 To represent Picasso’s blue and rose periods, RadicalMedia created an installation with “live-action filters” that were created through the use of lighting, color, and textures, which made photos look like a painting. Visitors could dress up in painted clothing items and pose behind screens.
Photo: Cindy Ord/Getty Images for National Geographic 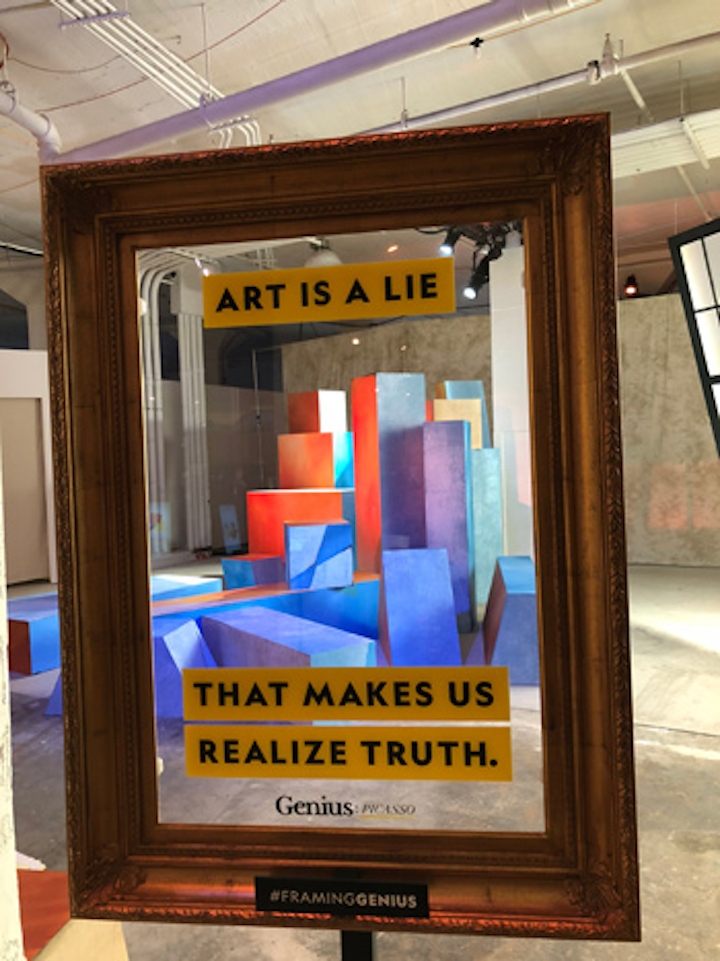