The network revamped the second iteration of its Stay Home to the Movies event by creating a mini neighborhood that was open to the public. 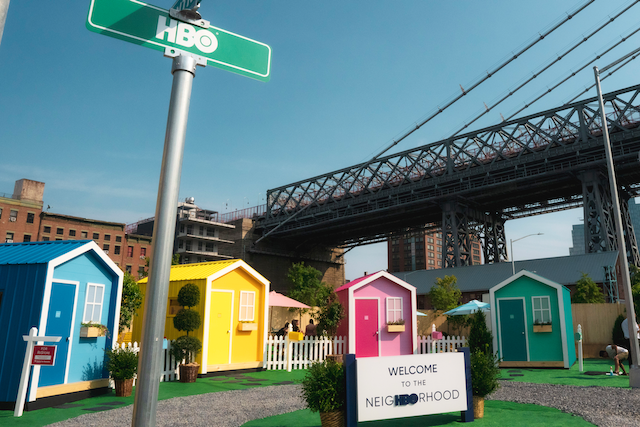 Four tiny houses were painted in blue, yellow, pink, and green, with each corresponding to a different movie genre. Tiny house materials were donated to Habitat for Humanity after the event.Photo: Courtesy of HBO

NEW YORK—When HBO and Bumble launched the Stay Home to the Movies concept in 2018, the event was an exclusive gathering for Bumble app users in New York, meant to provide an alternative date option that showcased the network’s newest streaming movies. For the event’s second iteration, HBO decided it wanted to revamp the concept and expand its reach for consumers. So instead of keeping the event in a luxury Manhattan townhouse, the network moved across the East River to a Brooklyn park for a public event.

From July 26 to 28, HBO partnered with experiential agency Giant Spoon to produce and design the outdoor event at Domino Park in Williamsburg. The 7,250-square-foot pop-up neighborhood consisted of four tiny houses and a communal backyard area. Dana Lichtenstein, director of brand and product marketing for HBO, said the network decided to change the event format based on the success and response from last year’s inaugural edition, which drew around 150 people.

“The response to last year’s event was positive, but it was limited in reach,” said Lichtenstein. “Based on that, we wanted to open the event up so more people could experience it. This year drew more than 5,000 people.”

HBO spread the word by creating a public event on Facebook. Sonos, the event’s sound partner, also advertised the event in its local stores. And the event itself featured sky-high HBO balloons and a colorful outer wall, which drew in passersby in Williamsburg.

Trevor Guthrie, co-founder of Giant Spoon, said bringing the event to Domino Park was a strategic decision, explaining that the aesthetic of the pop-up fit in perfectly with the public space.

“With the houses and the color palette, it felt like it was part of Domino Park,” said Guthrie. “From the ‘front door’ of the installation, you felt like you were on the front lawn. The first element of the neighborhood was the homes, and the second element was the backyard.”

The four tiny houses were painted in blue, pink, green, and yellow, each representing a different movie genre, such as comedy, action, drama, and family-friendly. Each interior reflected those genres with props and signage. The houses also had TVs that played movies currently available to stream on HBO.

Located behind the houses was a backyard setting, which offered lounge seating and a main area for nighttime, silent screenings of films including Crazy Rich Asians and Fantastic Beasts: The Crimes of Grindelwald. HBO partnered with Honest Tea and Brooklyn Popcorn to give guests free drinks and snacks throughout the event.

After the event wrapped, HBO donated all materials and houses to Habitat for Humanity New York City ReStore, a Queens-based location of the organization that accepts donated items and sells them to the public at a discount. Proceeds from ReStore support Habitat N.Y.C.’s work to build homes for low- to moderate-income families across the city.

Lichtenstein said HBO hopes to continue the event in the future. “There’s a lot of dissatisfaction with other streaming services—we really have some of the greatest blockbuster hits,” she said. “I think it’s a great event for consumers to connect with us and understand how great our theatrical offerings are.”

See below for highlights from HBO's second Stay Home to the Movies event. 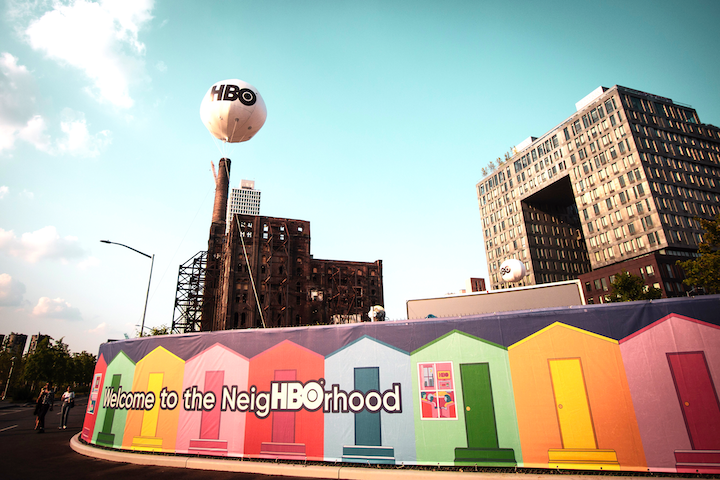 HBO’s second Stay Home to the Movies event took place July 26 to 28 at Domino Park in Williamsburg, Brooklyn. The event enticed passersby with a branded balloon and colorful perimeter displaying the tagline, “Welcome to the NeigHBOrhood.”
Photo: Sergio Avellaneda 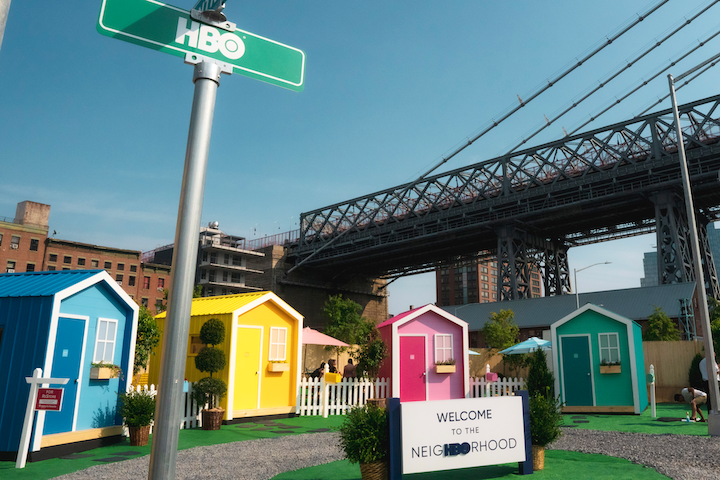 Four tiny houses were painted in blue, yellow, pink, and green, with each corresponding to a different movie genre. Tiny house materials were donated to Habitat for Humanity after the event.
Photo: Courtesy of HBO 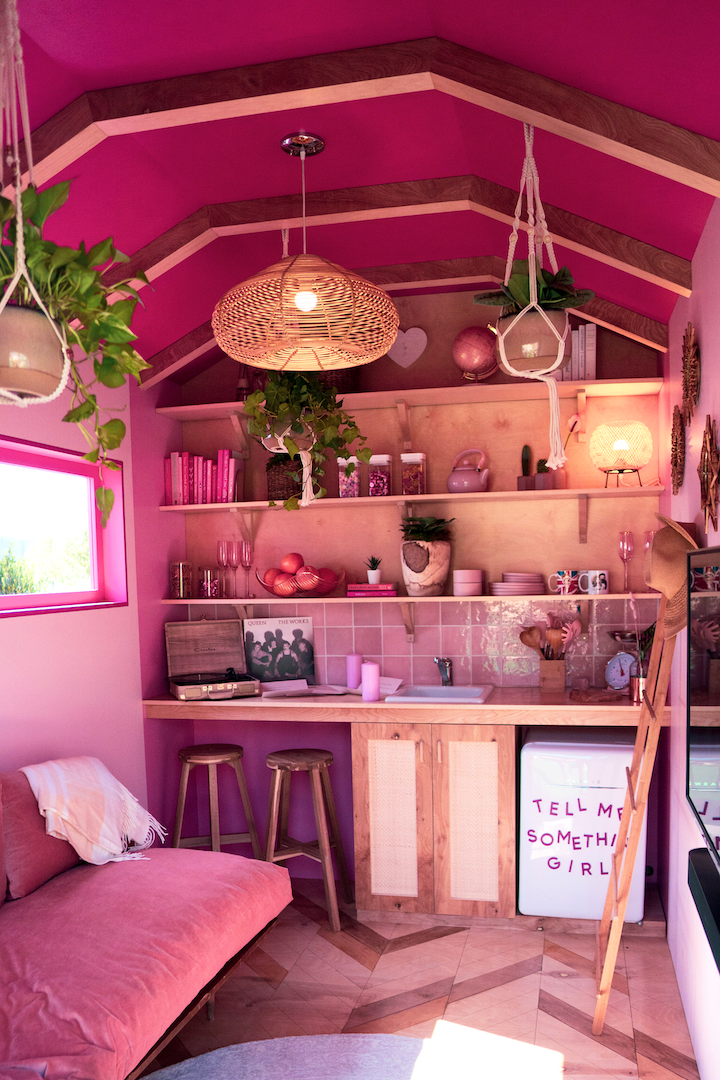 The inside of the pink house featured pink props, furniture, and letters on a mini fridge that paid homage to A Star Is Born.
Photo: Courtesy of HBO 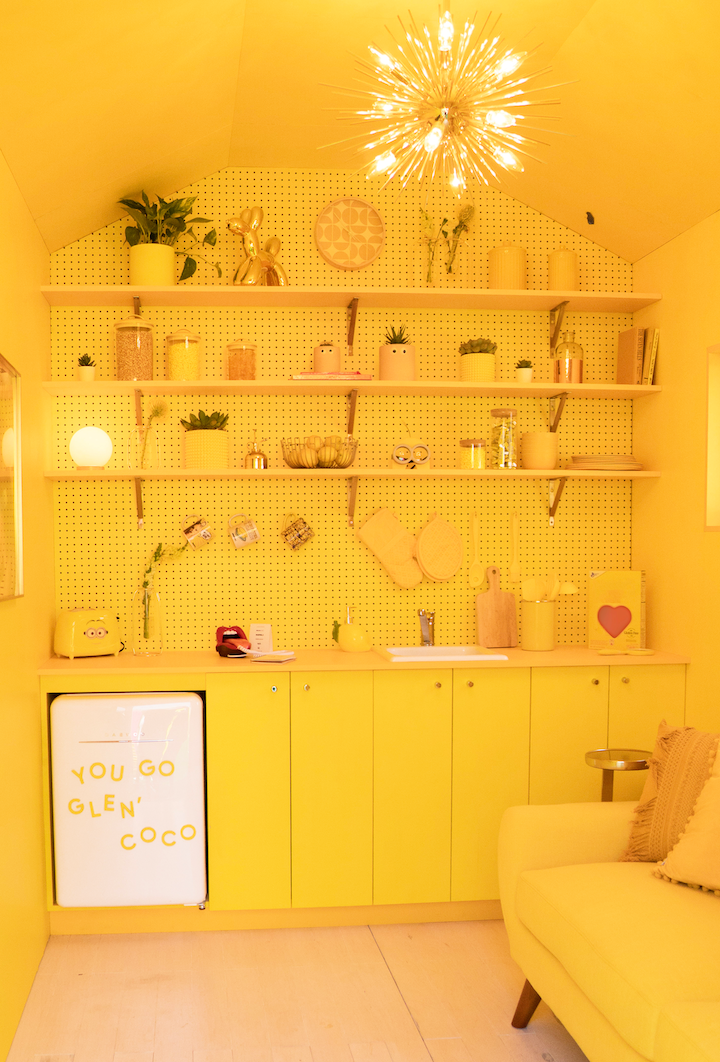 The inside of the yellow house displayed props inspired by Despicable Me, and an iconic quote from Mean Girls.
Photo: Courtesy of HBO 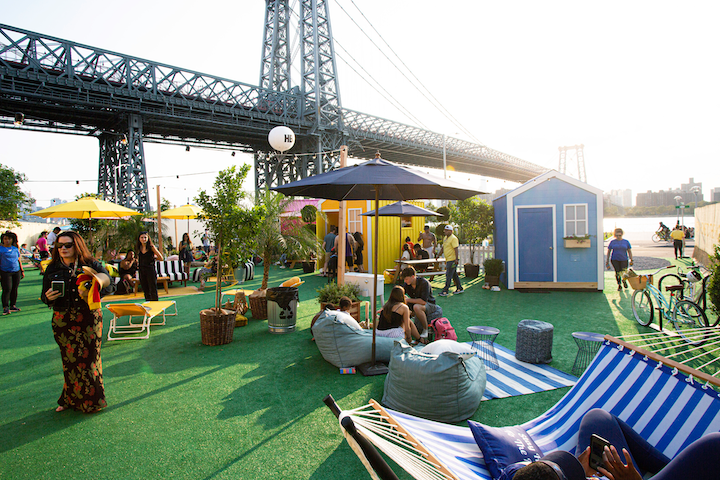 The outdoor space offered a variety of lawn seating such as hammocks and beanbags.
Photo: Sergio Avellaneda 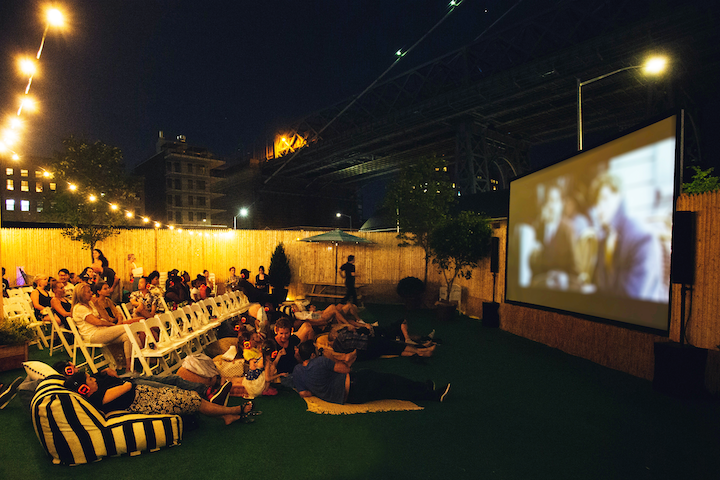 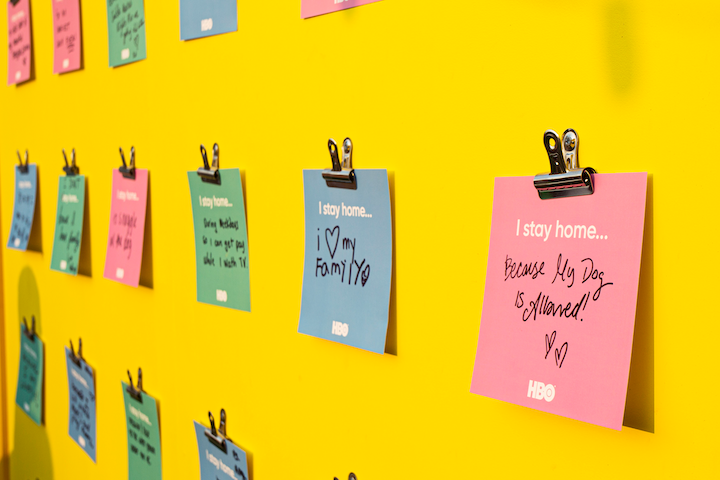 Guests were invited to share why they stay home.
Photo: Sergio Avellaneda 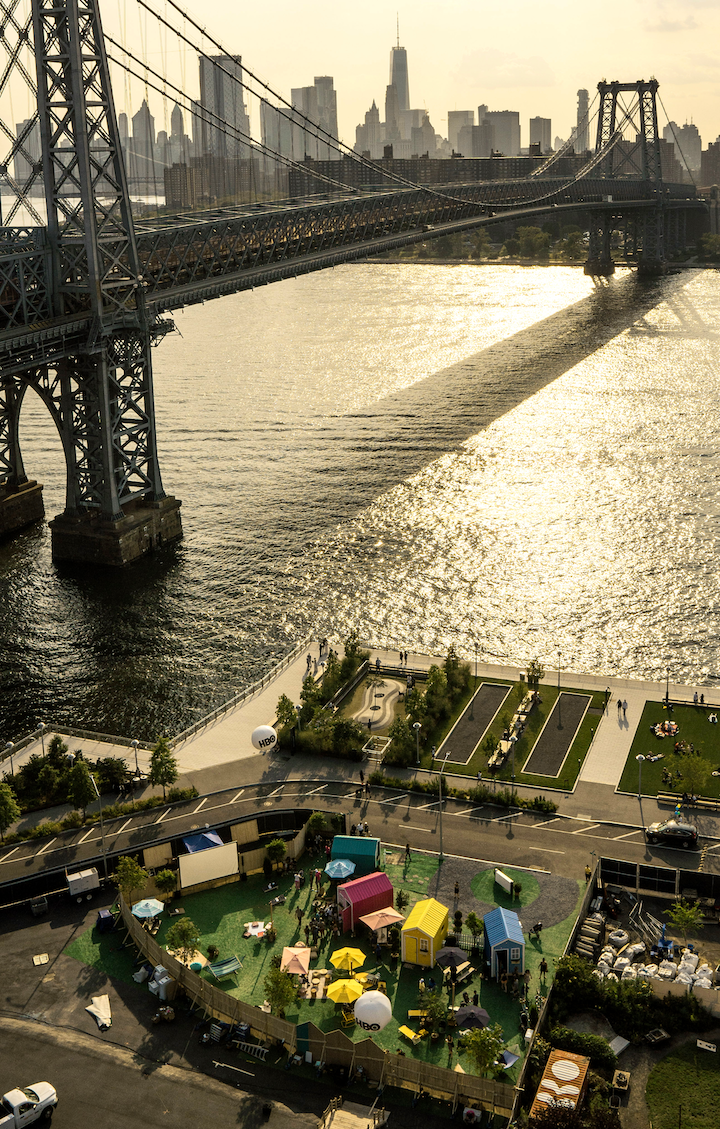