Vivid Projections to Light Up the National Cathedral 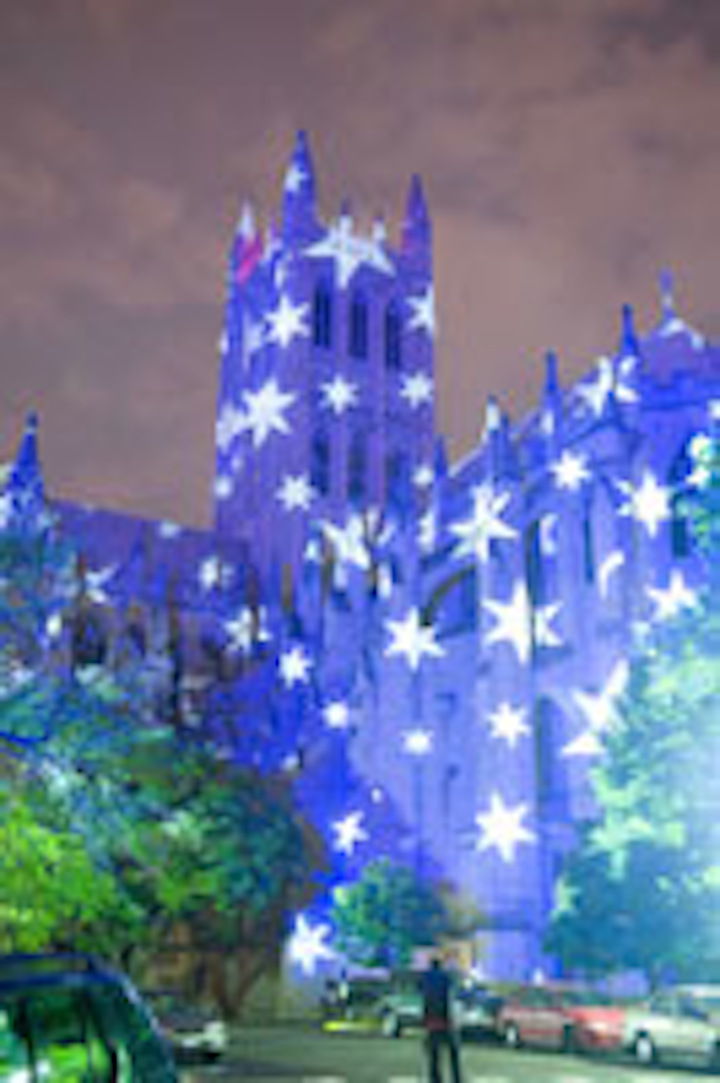 Yesterday\'s test run
Photo: Courtesy of Hayes & Associates
As another part of the Washington National Cathedral’s yearlong centennial celebration, a Swiss illumination artist is projecting giant multicolored “images of unity” onto the south and west sides of the building. The presentation, dubbed “Lighting to Unite,” starts this evening and runs through Sunday night, from sunset to midnight.

According to Kelly Dieter of Hayes & Associates, who handled the event's PR, the idea came about when the artist, Gerry Hofstetter, became enamored with the cathedral two years ago during a visit to D.C. He then sat down with the cathedral's dean, Reverend Sam Lloyd, to discuss his ideas. The result is more than 30 multicolored projections depicting images like stars and human faces, as well as a few of Hofstetter's paintings and photographs, a NASA photo taken from space, and the word peace spelled in different languages.

This morning, The Washington Post reported that reactions at Thursday night’s test run were mixed, as some passersby saw the display as “lovely” and “astounding” while others commented that they “don’t get [a unity message] out of this.”Dieter told us that despite today's heavy rain, the project will continue unabated. “As long as it’s not a monsoon, [Gerry] will be fine,” she said. The only concern would be for Saturday night's outdoor concert, which is slated to showcase seven multicultural performers—including an African drum orchestra, a Maryland children’s choir, and an Afghani singer. As of now, forecasts show the rain clearing up by early afternoon.

Hofstetter was a stockbroker before deciding to branch out into the art world. He has previously projected polar bears onto Antarctic icebergs and hieroglyphics onto Egyptian pyramids, and according to The Post, his next project involves Mount Kilimanjaro. He runs a team of lighting designers at his Switzerland-based firm, Hofstetter Marketing; the cathedral display marks his U.S. debut.
More in Programming & Entertainment