Which Bands Are a Bargain? 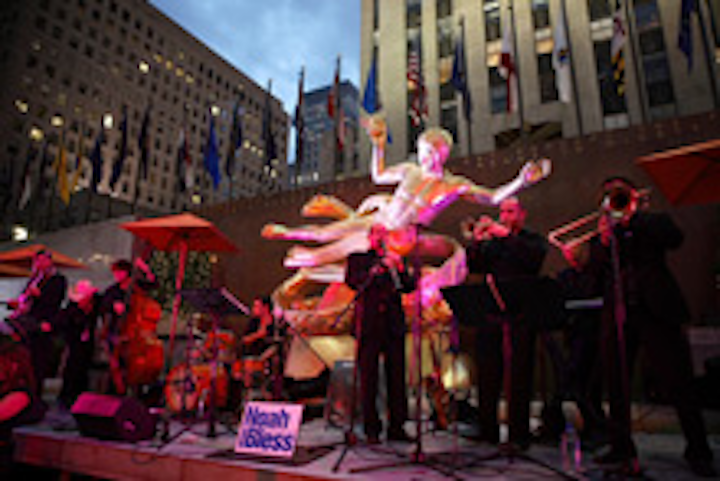 Hiring a great band in the tristate area isn’t hard—there are hundreds to choose from. But finding performers who will work within a small budget can be a bit more challenging. Here’s who planners recommend.

Heather Gere, director of special events for Citymeals-on-Wheels, has hired trombone player Noah Bless and his band, Noah Bless Music, to perform at the organization’s annual Chefs Tribute benefit for the past three years. Bless has played with Wynton Marsalis, Celia Cruz, and Lincoln Center’s Afro-Cuban jazz orchestra and is well versed in a wide range of music styles and has a roster of musicians he calls upon for events. “In addition to the musicians, they take care of the sound and audiovisual equipment. Overall the package costs us about 30 percent less than we have paid other outfits for band, sound, and AV in previous years,” Gere says. “And the fact that we are able to work directly with Noah rather than with a booking agent and save the cost of an agency fee helps a lot.”

At the 2008 Citymeals benefit, which had a French theme, Bless brought accordion and mandolin players to perform Parisian-inspired street music. For the organization’s farm-themed benefit in 2007, the band set the mood with Americana, country, and bluegrass. “They have great energy and know how to go with the flow of the crowd,” Gere says. Pricing varies, but booking a five-piece band for three hours starts at $2,000.

The American Cancer Society has regularly booked the Hank Lane Orchestra for the Dream Ball, its annual fund-raising gala. “I inherited the event a few years ago and kept them on since the committee loves them,” says director of distinguished events Kari Siegel. “[Owner Harris Lane’s] fee has always been reasonable, and they have not raised their costs in the past few years.” Lane says pricing starts at $1,000 per musician and includes sound equipment. “For private parties and corporate events, the price is higher. However, for charity events during the week, we give special consideration,” he says. In addition to the orchestra, DJs and bands performing almost any other style of music are also available. “The guests and the committee enjoy them. It is one of the few events in this industry where the guests actually stay after dinner and dance,” Siegel says.

Lili Root, executive director of events marketing and special projects for Hearst Corporation, hired jazz band the Sidewinders for several Hearst Tower gallery openings and other receptions at the tower. “The Sidewinders provide great background jazz music—a good balance between being heard but not being obtrusive,” she says. “They are very responsive to client needs and even dressed the part when we provided them with green ties to mirror the decor at one of our events.” Root says the band’s fees are very reasonable compared to other acts she has worked with. “When additional musicians were needed for a particular event, they were able to source them and still stay within our budget,” she says. Jazz trios start at $1,200 for the first hour and cost $300 for each additional hour. Quartets start at $1,600 for one hour and cost $400 for each additional hour.