New York's book publishing power players came out for the one-day Book Industry Summit hosted by Publisher's Weekly and Powerful Media, the owner of Inside.com and Inside magazine. The summit was held at the Millennium Broadway Hotel's Hudson Theatre (a space that used to be a Broadway theater and now hosts corporate events), which comfortably accommodated the 275 attendees.
This conference was Powerful Media's first, and was organized by Inside's conference director, Michelle Lamotte. Many little touches reminded guests that even though the conference was for an old, traditional industry, the event was managed by a style-conscious new media company. The panel speakers sat on Leap chairs loaned by Steelcase, which looked like Herman Miller's famed Aeron chair, but with more cushioning. Frequent marketing speaker Seth Godin, author of Permission Marketing and Unleashing the Idea Virus, used an Apple Titanium PowerBook G4 to control the images projected during his amusing speech on marketing books in the new economy.

A stylish, useful touch was the conference's innovative take on name badges. Attendees wore metal chains around their necks that were strung with a small booklet that showed the person's name and included a small version of the day's program. You never had to juggle your stuff trying to find out where you were supposed to be--it was right around your neck, and printed upside-down so you could read it without taking it off. Brilliant. Lara Harris of Doublespace did the graphic design for all of the event's badges, programs and screen projections.

Moderated by Powerful Media co-founder Kurt Andersen and packed with big names like Dave Eggers, author of A Heartbreaking Work of Staggering Genius; Larry Kirshbaum, chairman of Time Warner Trade Publishing; Peter Olson, chairman and CEO of Random House; and Robert Gottlieb, founder of the Trident Media Group, the conference was a buzzy, networking and idea-swapping success for attendees.

See the gift bag from this event...

Read about another media panel moderated by Kurt Andersen... 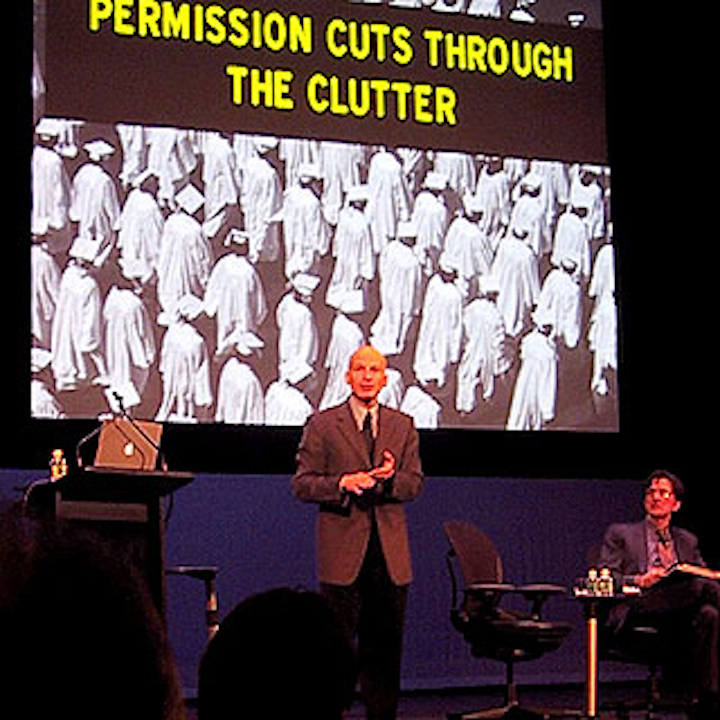 Seth Godin, author of Permission Marketing and Unleashing the Idea Virus, gave an amusing, informative speech on marketing books in the new economy to attendees of Inside and Publisher's Weekly's Book Industry Summit in the Hudson Theatre at the Millennium Broadway Hotel. 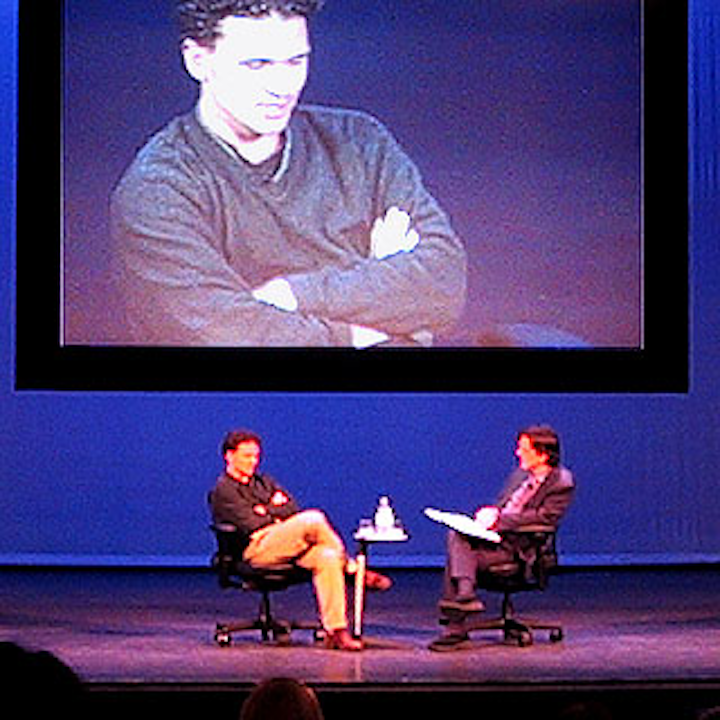 Dave Eggers, publisher of McSweeney's Books, spoke to Powerful Media and Inside.com cofounder Kurt Andersen about small press publications and the immense success of his book, A Heartbreaking Work of Staggering Genius. 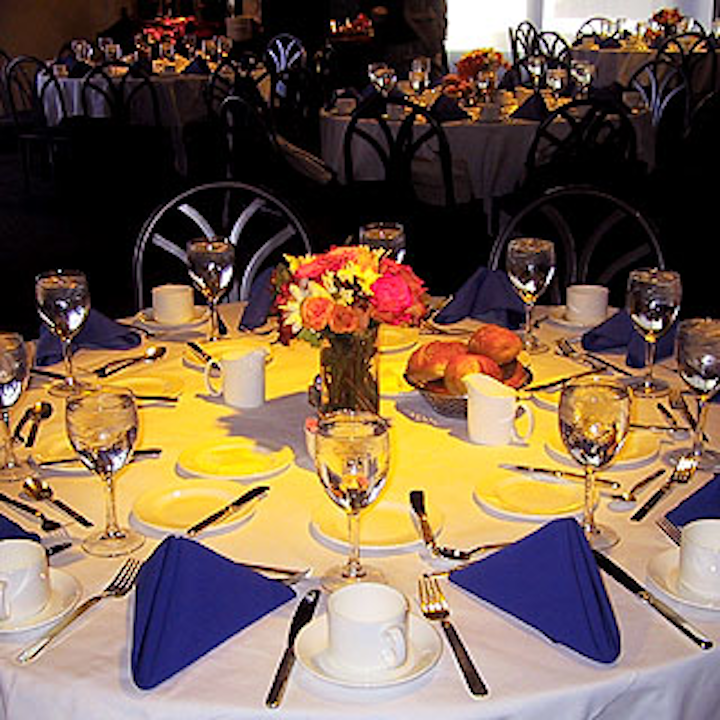 The conference lunch was served in the Millennium Broadway Hotel's eighth floor banquet area. The small floral centerpieces were by StoneKelly. 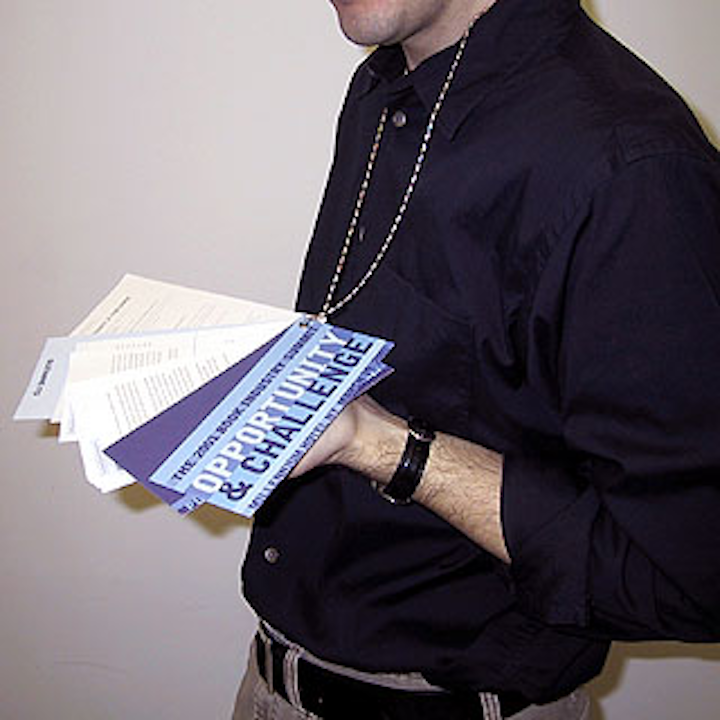 The conference badges included the conference's schedule, so attendees could read them without taking them off. They were designed by Lara Harris of Doublespace.
More in Programming & Entertainment