The Florida Panthers Foundation turned to the team's home turf to host a chilly evening full of food, gaming, and entertainment.

When the NHL went on strike last year, the Florida Panthers Foundation pulled back on its community presence. With the 2006 season in full swing, the foundation is once again ready to host events to benefit nonprofit children's organizations. With sponsors Stanford Financial Group, BankAtlantic, Lexus, Sun-Sentinel, Sziro Jewelers, and Millennium Laser Eye Centers, the foundation kicked off with a casino-theme event for 500 supporters.The BankAtlantic Center hosted the inaugural Ice & Dice fund-raiser, which has replaced the popular "There's a Puck in My Soup" event of years past, where Panther team members became waiters for a night and served the charity dinner. "We wanted to freshen up the fund-raiser this year and have more interaction between the players and the guests," said Jean Marshall, the foundation's director, who planned the event with the community development department of the foundation. Sara Berkowitz, the BankAtlantic Center's special events manager, organized a group of volunteers to assist Marshall on the day of the event.

The event took place on the ice, which was covered with 15,000 square feet of carpeting. "It was a challenge and took about eight hours to accomplish, but the result was worth it," Marshall said. The 172- by 85-foot space was converted into a Vegas-style lounge with plush black leather seating provided in-house, tables with metallic silver linens from Panache: An Event Rental Company, a stage with a glitzy casino backdrop, and gaming tables galore: 32 blackjack, two double roulette, and one wheel of fortune, to satisfy every type of gambler.

The Panthers players traded their hockey sticks for poker chips, assisting the dealers at each table. Guests redeemed the chips for raffle tickets to win prizes such as Caribbean cruises, an Armadi Closet makeover, and a Palm Aire golf membership. Each player also donated a basket filled with his favorite food, music, DVDs, CD players, books, and more. The winners received a signed hockey stick along with the basket they won. And as if that weren't enough, guests could also bid on 4- by 3-foot photographs of each player.

Besides gambling, guests also enjoyed the tunes of the Ruby Baker Band, which played everything from Lenny Kravitz to Tina Turner. Two performers on dueling pianos set in the center of the lounge also entertained the crowd. A 20-foot section of the ice was left uncovered and a red carpet led to the goal, where TSS Photographytook snapshots of guests posing in front of it and printed the photos as souvenirs. 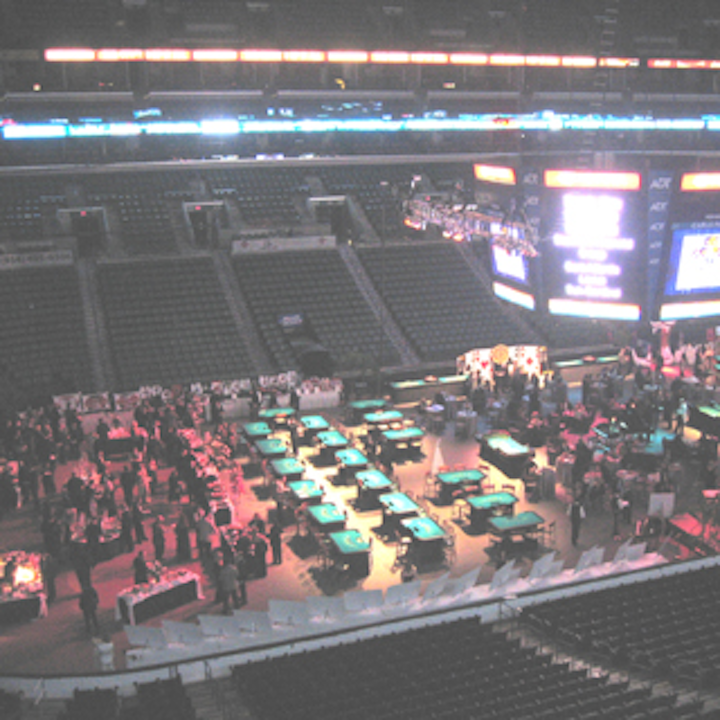 The BankAtlantic Center was transformed into a Las Vegas-style casino for the Florida Panthers Foundation's Ice & Dice fund-raiser. 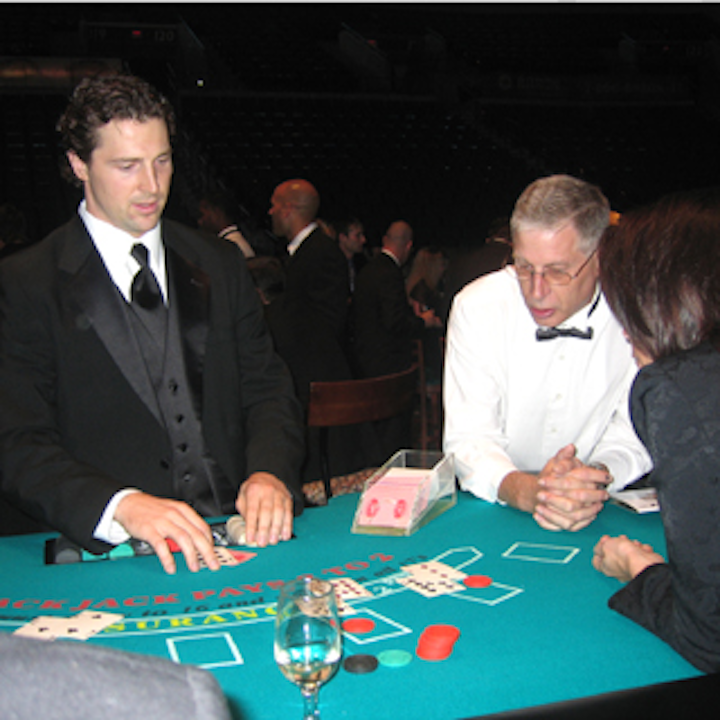 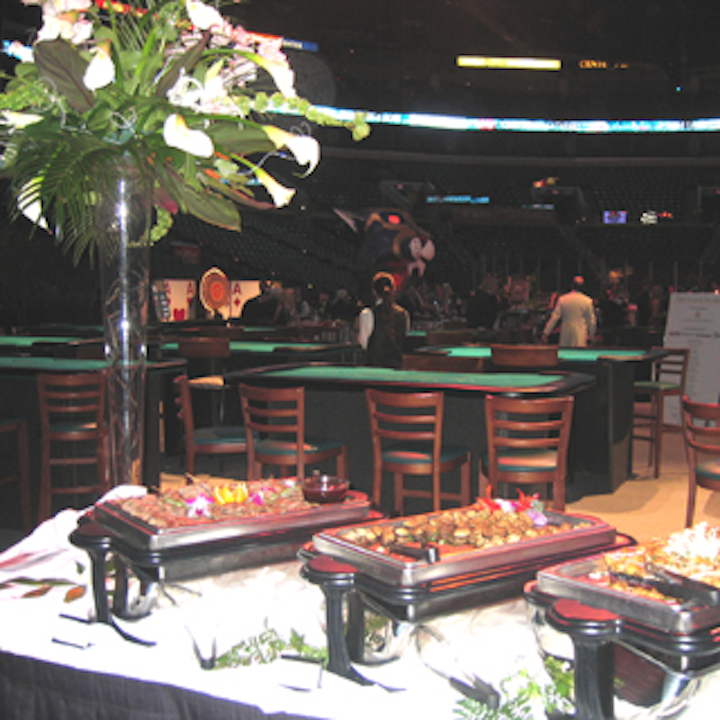 The Boston Culinary Group prepared an array of dishes, including stuffed mushrooms and coconut chicken. 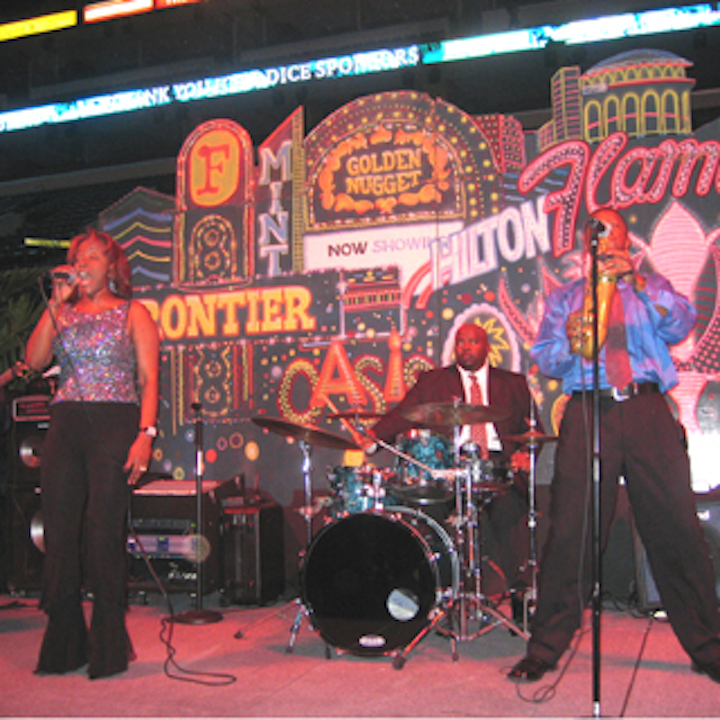