The Meeting Professionals International South Florida chapter's (SFMPI) Chefs' Challenge fund-raiser was an all-around success. Rescheduled from last October due to Hurricane Wilma, the annual event went off without a hitch, bringing in a total of $23,000 for the chapter to put towards education.The committee, headed by Kathi Beale and Wannado City's Denise Righetti, and with assistance from chapter president Lauren Halpern, called upon its members to create an inviting environment in which 23 teams of 10 guests (each led by a professional chef) would create culinary masterpieces for prizes and bragging rights, while raising money to fund the chapter's educational programs.

To show off its recent renovations, the Bonaventure Resort & Conference Center was turned into "Kitchen Stadium." After registering and picking up their aprons, guests went into a ballroom where, in honor of the Puerto Rico Convention Bureau, the Rums of Puerto Rico sponsored a reception with Latin-inspired hors d'oeuvres, a percussion group, and (of course) rum drinks. So Cool Events' lighted tables changed color throughout the evening, and therefore, so did the clear plastic clipboards, which sat atop the tables and held transparencies with silent auction items.

Colorfully clad performers provided by Private Stock Productions ushered guests into the main event. The perimeter of the room was lined by tables, dressed in tropical floral linens with tangerine colored napkins from Panache: An Event Rental Company, and topped with centerpieces filled with exotic flowers by EMG. In the center of the room stood a multi-tier table piled high with baskets, bins, and bowls of fresh, brightly colored vegetables and fruit—all to be used in the cook-off.

Three pre-determined dishes, again inspired by the flavors of Puerto Rico, were revealed to the teams and created according to each chef's interpretation. Each of the courses—a salad appetizer, the main entrée (skirt steak), and the dessert—had to utilize certain ingredients such as boniato mash, red bean chayote relish, plantains, chimichurri, and salsa Romesco to qualify. With less than 30 minutes per course to find the ingredients, cook and plate 10 meals, and present each course to a panel of judges, the chefs had their work cut out for them.

As courses were completed, the judges inspected, scrutinized, and (of course) sampled. Competition was fierce, and presentation varied from minimalist to over-the-top. It was tough, but after tallying all the votes, Doral Golf Resort & Spa was the winner of the salad course. Ocean Reef Club won the main and dessert courses, and it was Doral (again!) that dethroned last year's winner, the Seminole Hard Rock Hotel & Casino's catering team, and walked away as the 2006 overall competition winner. 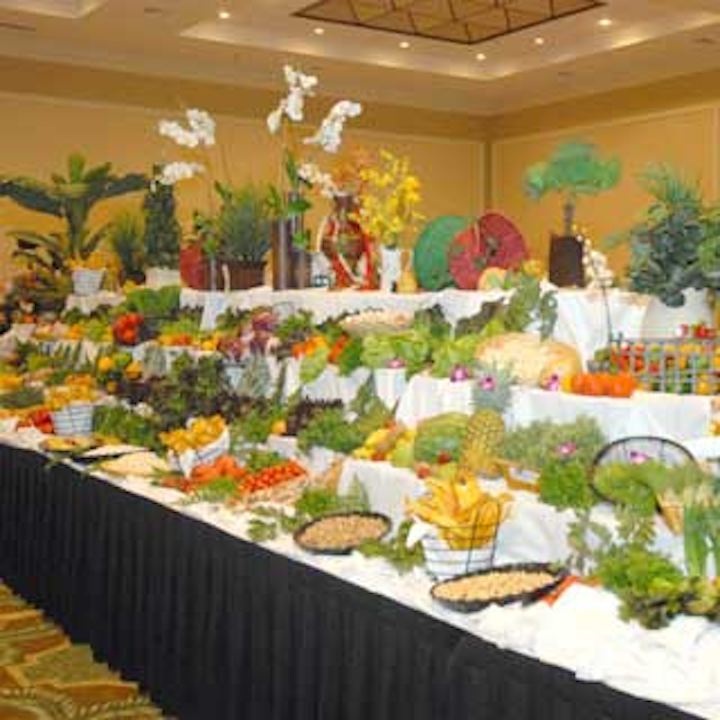 A four-tier, double-sided table holding all of the fresh produce for the cook-off served as the focal point of the room at the 2006 SFMPI Chefs' Challenge. 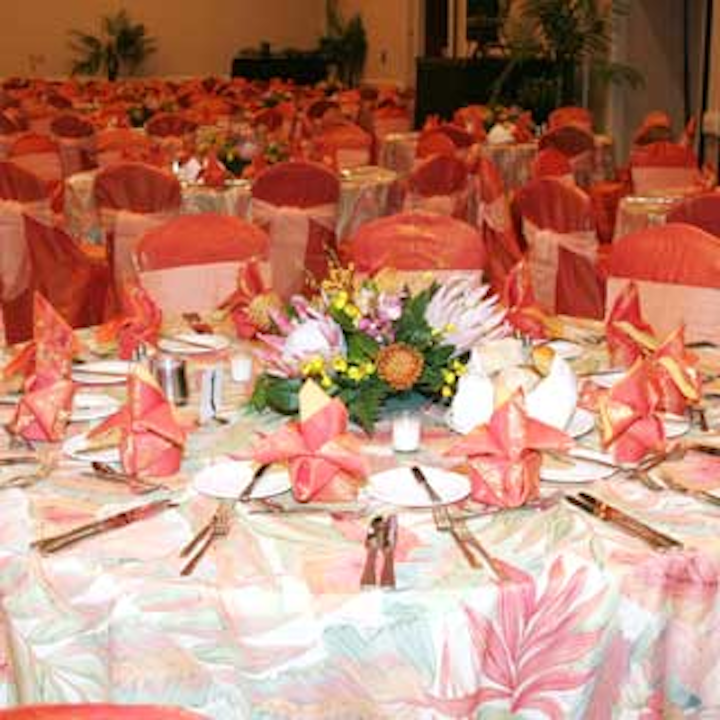 Tables dressed in linens with a tropical floral pattern and topped with exotic floral centerpieces filled the room. 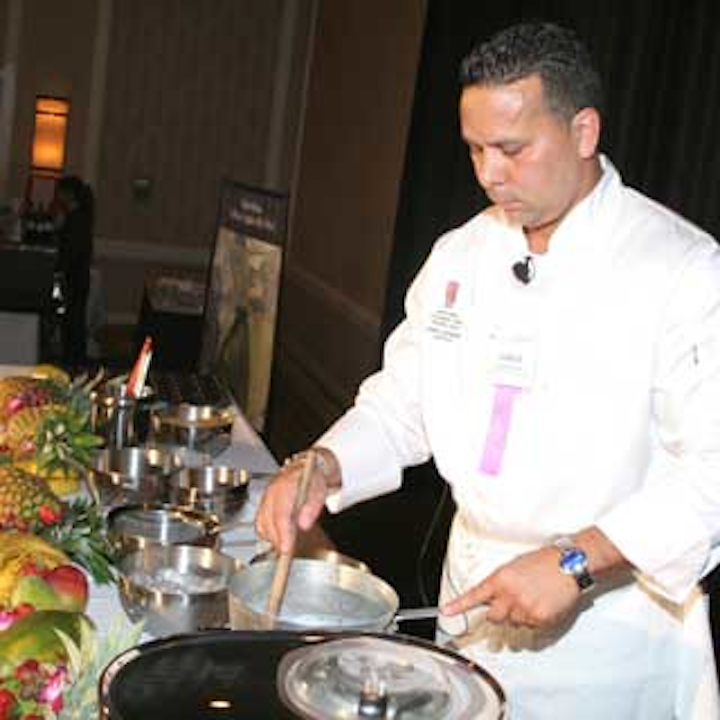 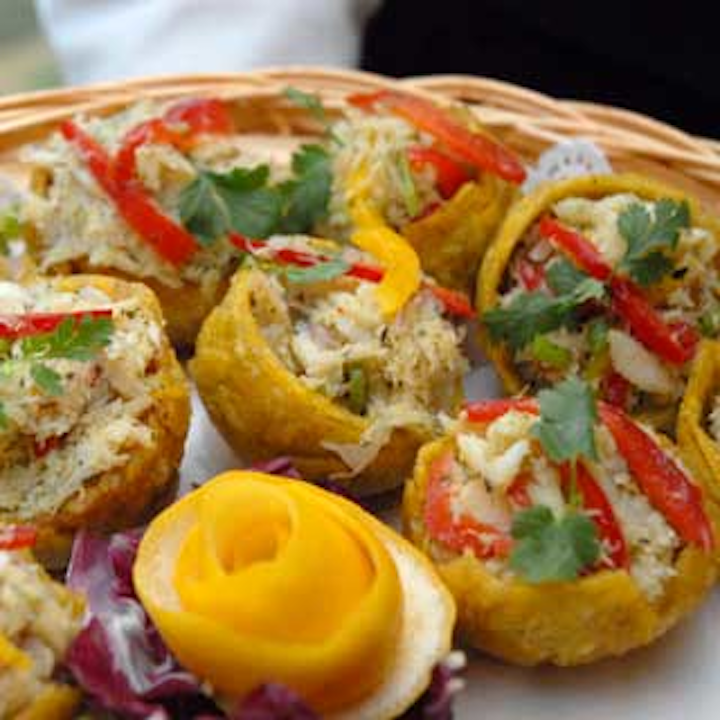 Festive and tasty ceviche served in plantain shells were passed during the cocktail reception. 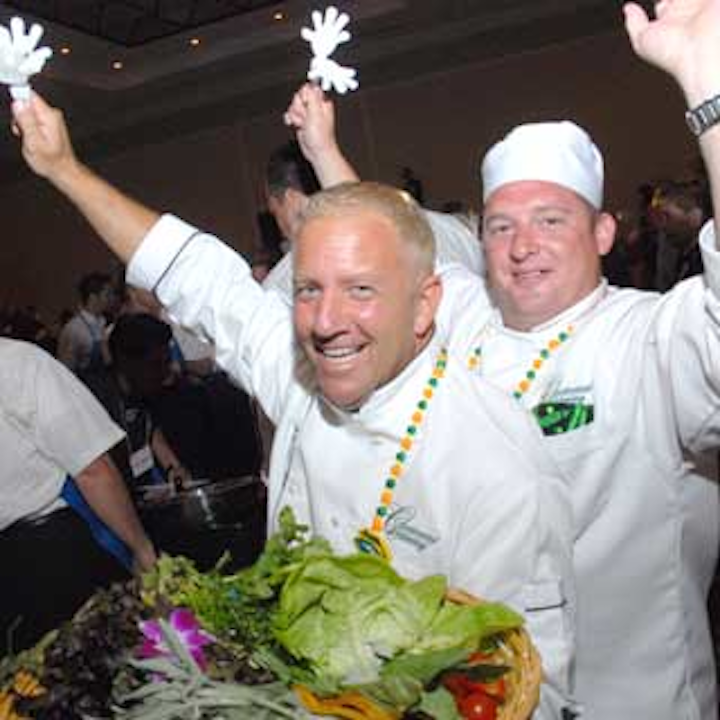 The Continental Catering team took time to sing, dance, and celebrate after plating its final course. 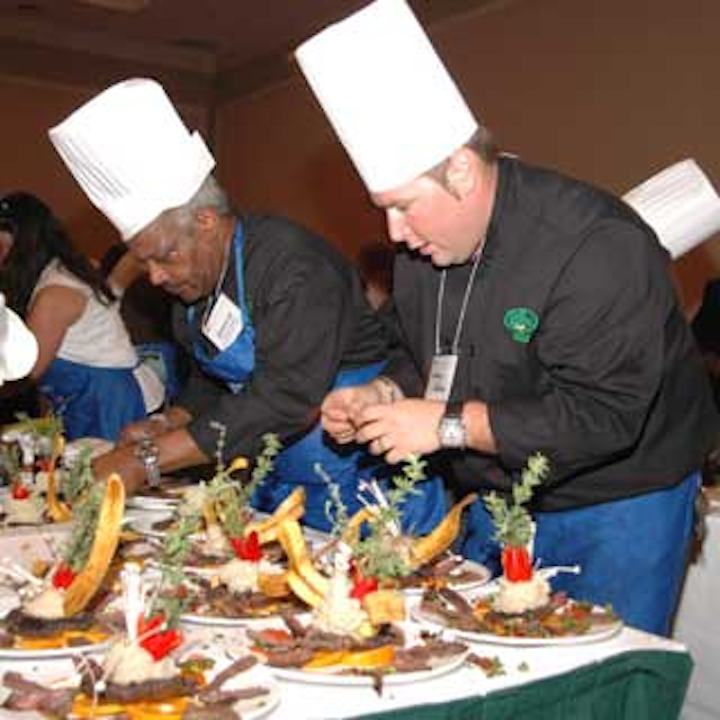 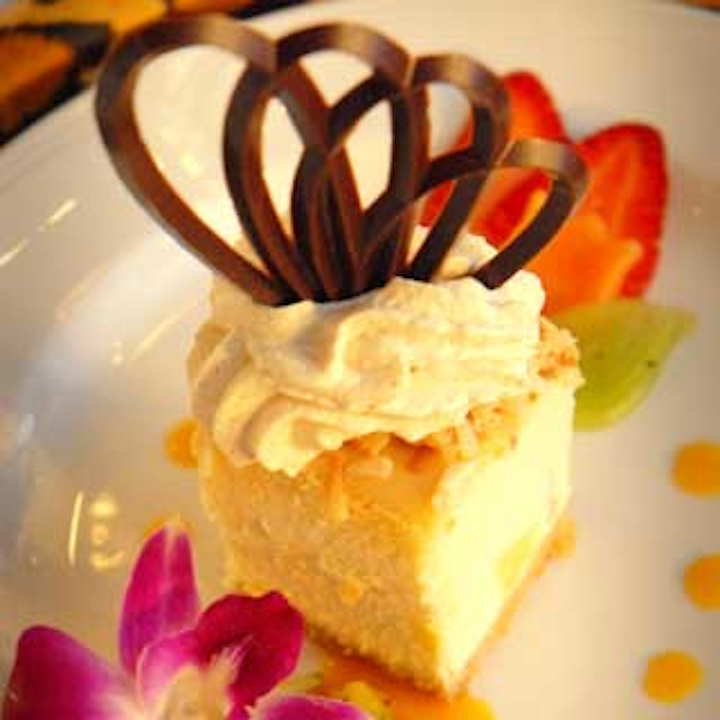 The cheesecake was adorned by a chocolate decoration and plated with an orchid and berries for color. 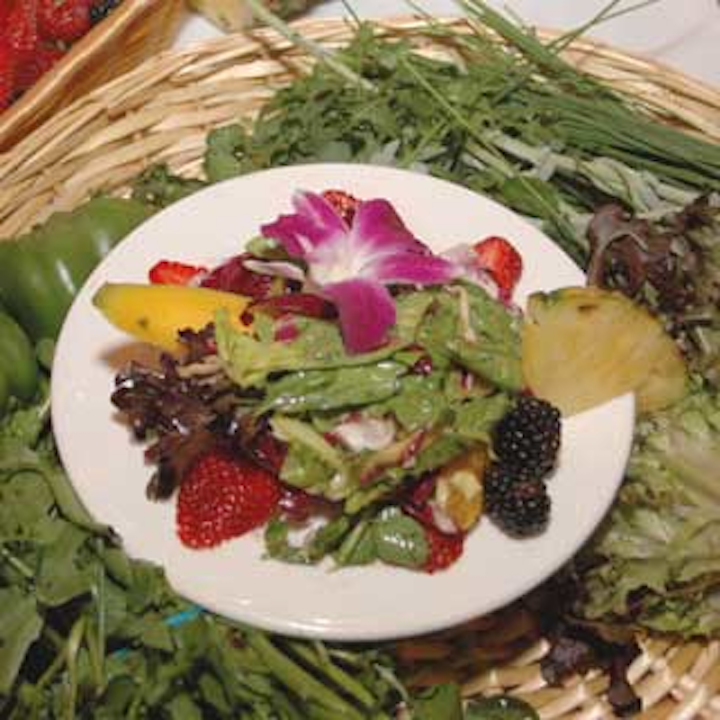 A lot of salad served on a small plate was nestled into a charger topped with herbs and greens. 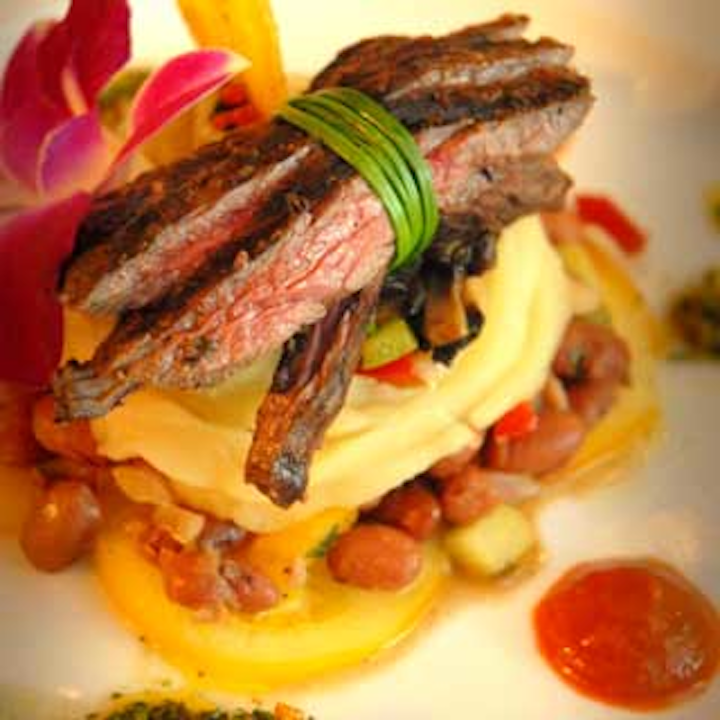 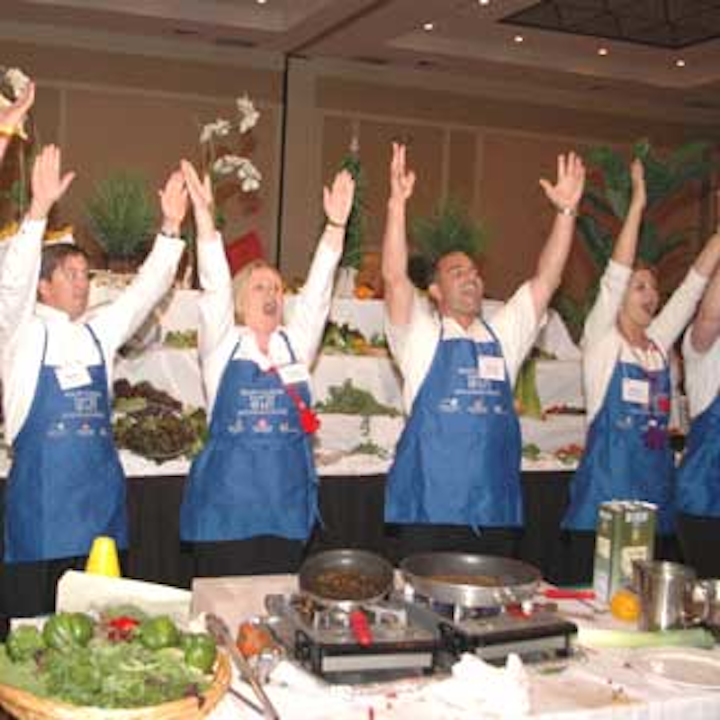 Team spirit figured into the overall score. These guys had a blast.
More in Programming & Entertainment