The urban-renewal organization Friends of the High Line staged an eclectic and roving fund-raiser for its seventh annual summer benefit.

Mimi O'Connor
In 1999, Joshua David and Robert Hammond formed the nonprofit Friends of the High Line to save the  stretch of elevated train tracks running from Gansevoort Street to 34th Street. And on Wednesday night, 1,100 supporters of the now-chic organization, which will celebrate the opening of the first section of the urban-renewal effort next summer, showed up at the group's seventh annual summer benefit.

Once run out of the two founders' apartments, Friends of the High Line has grown exponentially. (It now employs a full-time staff of 11.) The organization’s biggest annual fund-raiser took place at the Frank Gehry-designed IAC Building, thanks to help from key High Line supporters Barry Diller (IAC's chairman and C.E.O.) and his wife, Diane von Furstenberg. The honorees were founding board member Philip Aarons and his wife, Shelly Fox Aarons.Lead by project manager Emma Hite, Van Wyck & Van Wyck produced and designed the evening, which included a cocktail party, dinner for 650 across the street in the David Zwirner Gallery, and an after-party for 1,100, organized by Highliners, the organization's young-donors group.

The firm created three striking settings for the dinner space, in separate palettes of orange, white, and green. Van Wyck co-founder Bronson van Wyck said both the changing colors of the High Line throughout the seasons as well as a single person in each of the three rooms inspired the choice of hues and decor. (The identity of those three guests, however, remains a mystery.)

In the IAC Building, candles, palm trees, silk-covered ottomans and pillows, and Lucite cubes filled with peonies provided decor. However, it was the venue’s 120-foot by 18-foot video wall, displaying images of the High Line, photos from the organization's Portrait Project, and the Art of Noise’s iconic '80s video “Close to the Edit” (shot illegally on the elevated tracks) that served as the central design feature.

To help pull off the large-scale, multipart event, Friends of the High Line hired two catering companies; Bite created food for the cocktail reception and after-party, while Taste prepared the evening’s dinner portion. “That was one of the best decisions we made about tonight,” said Tara Morris, the group's event manager. “[For one caterer] to do the reception and a dinner across the street and an after-party seemed like a lot to keep straight.”

Another logistical aspect to deal with: a single bathroom in the Zwirner gallery to serve 650 guests. Patrons lined up for portable restrooms stationed just outside the gallery on a blocked-off section of 19th Street. 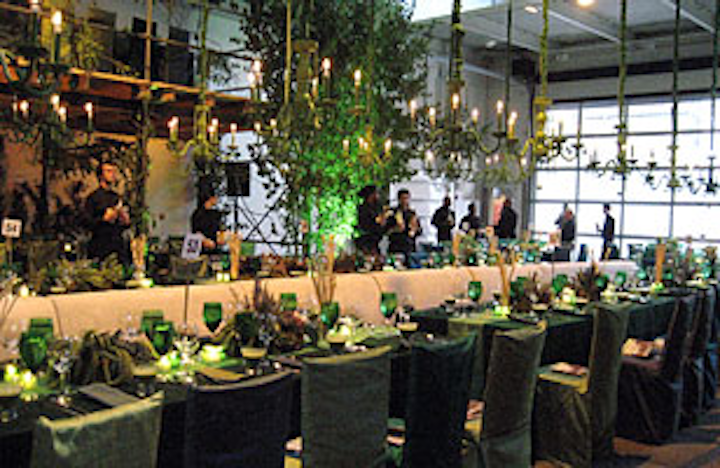 The green room at the Friends of the High Line's summer benefit dinner.
Photo: BizBash 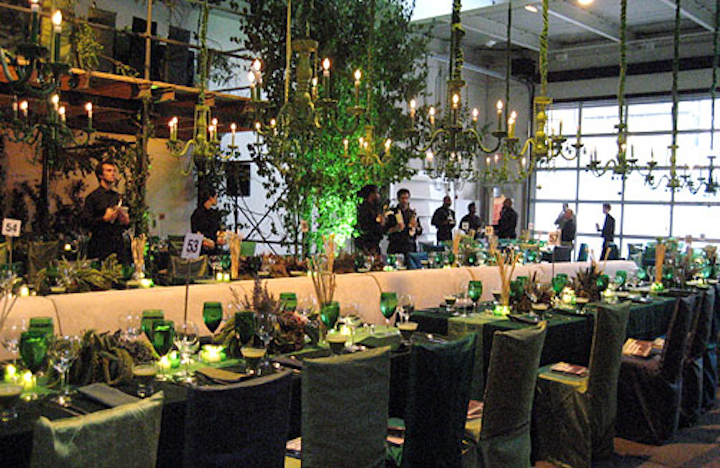 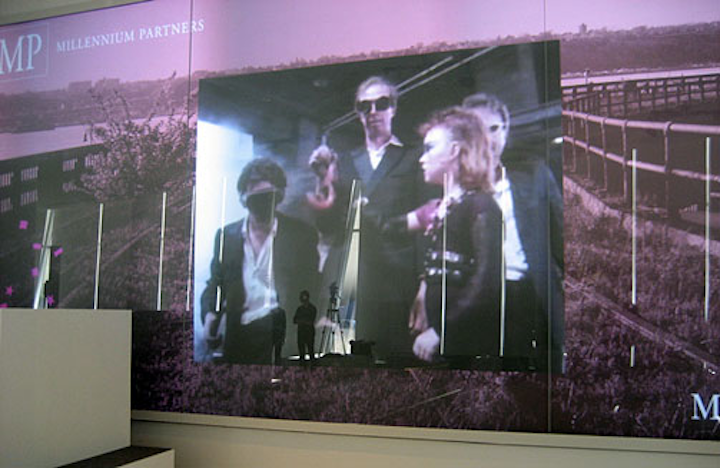 Warren Z Productions produced the media for the video wall in the IAC Building.
Photo: BizBash 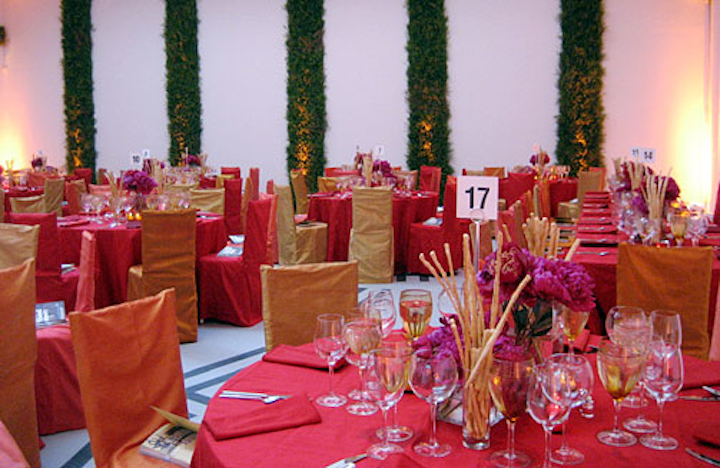 The red room of the Zwirner Gallery featured orange and red silk,arrangements of peonies and calla lilies, and greenery on the walls.
Photo: BizBash 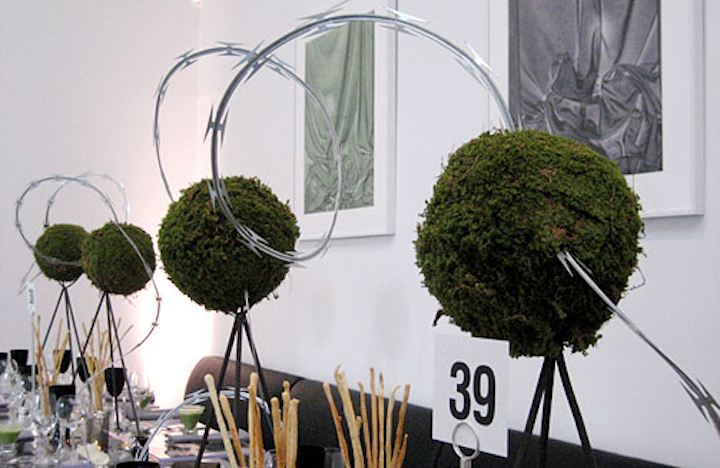 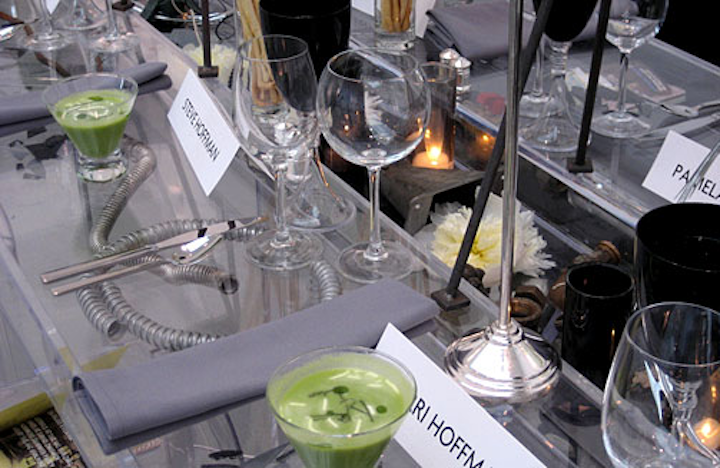 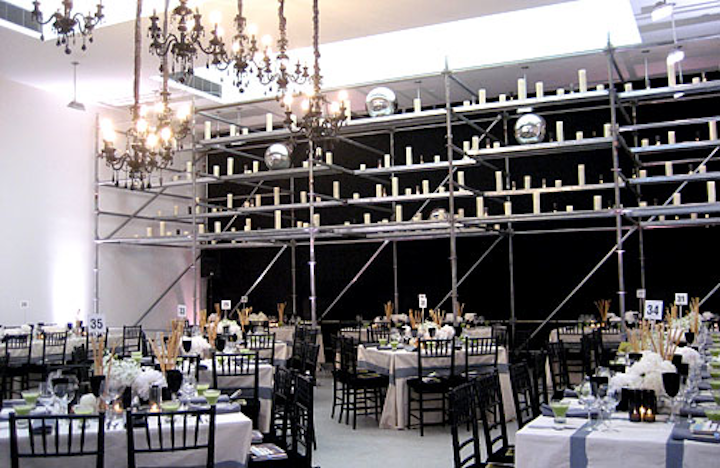 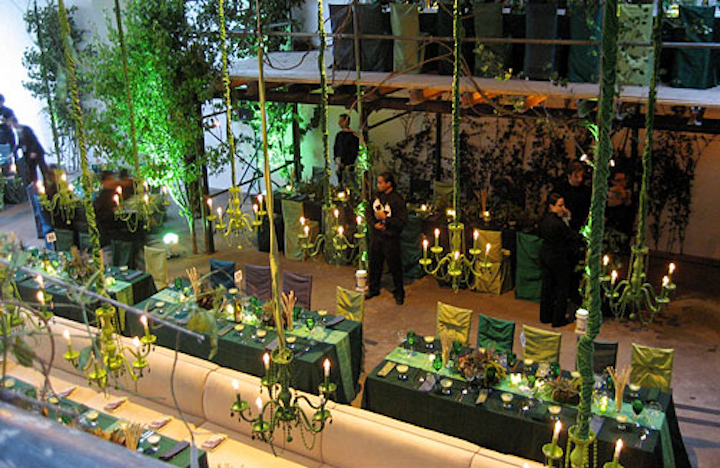 Green Murano chandeliers hung in the Zwirner green room. Scaffolding also served as a major element in this space. "The big thing this year is the High Line has broken ground," said Bronson van Wyck, "and scaffolding is what you put up when you're building something."
Photo: BizBash 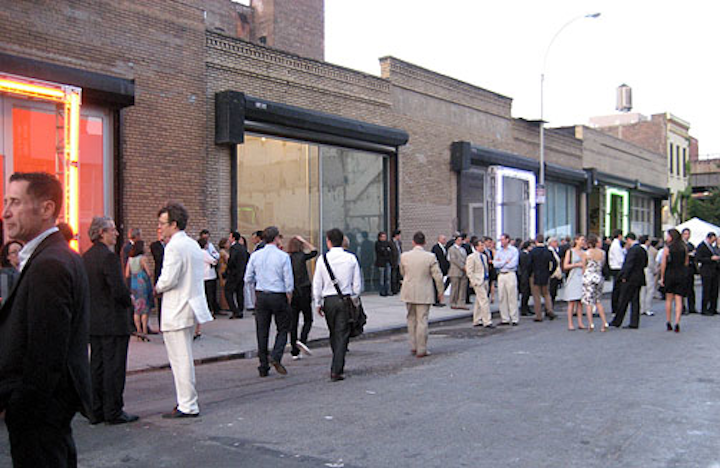 Neon lights framed the color-coded entrances to each dinner area. "We had three rooms and we needed an idiot-proof way to send people where they needed to go," Bronson van Wyck said.
Photo: BizBash 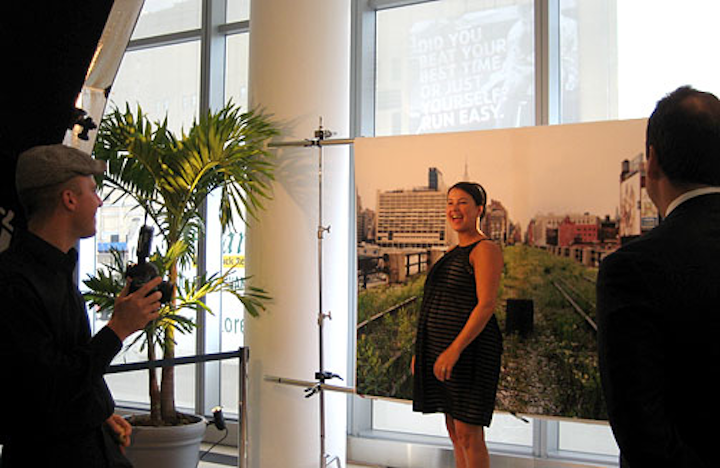 Guests could have their picture taken as part of the awareness campaign the High Line Portrait Project. Images from the effort appear around the High Line's Chelsea neighborhood.
Photo: BizBash 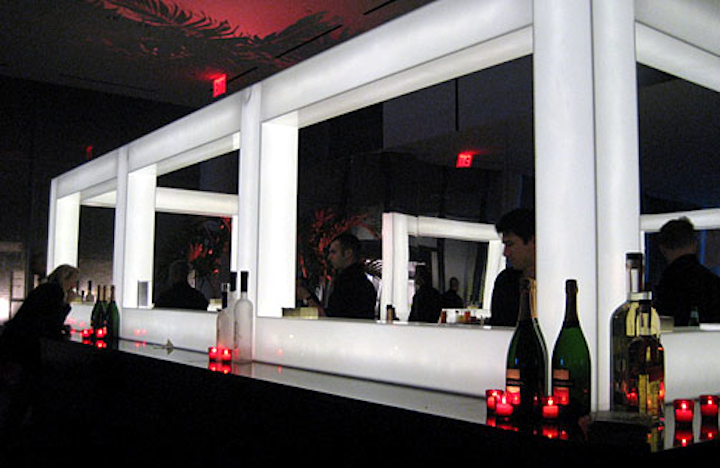