For the after-party following Bravo's A-List awards, the alley adjacent to the Edison downtown became a luxe pathway for arriving guests, who passed under the crossbar of a giant glowing \"A.\"

Downtown Los Angeles: As fancy venues spring up in its streets, it's become a desirable destination rather than a place to avoid after dark. But outside the shiny new clubs and restaurants, the area still has significant room for improvement, with its abundance of homeless residents and dingy streets abandoned at night. Organizers behind the after-party for Bravo's A-List awards at the Edison faced a related challenge: how to make a suitable arrivals area out of the alley that serves as the venue's entry.

Working with Bravo director of consumer marketing Valerie Brown, Precision Event Group confronted the issue by setting up a 24-foot glowing "A" under which guests would pass, moving next through a 55-foot tent illuminated in blue and outfitted with chandeliers and billowing fabric. "One of the challenges immediately was how do we utilize this beautiful club with not such an appealing entry?" said Jason Wanderer of Precision Event Group. "Our large entry plan served the function of covering the alley, evoked the feeling of the show and the brand—and really more than anything it welcomed guests and and let them know, hey, they've arrived at the A-list party."

Inside, about 400 guests—who had come from the show at the nearby Orpheum—found the Edison's standard ornate decor, bolstered by Bravo logo pillows and printed cocktail napkins. A 4- by 4-foot ice sculpture bore Bravo's logo, and employed a brick motif that borrowed from the venue's existing look. The venue catered a late dinner that included shrimp cocktail, burrata and heirloom tomato crostini, Kobe sliders, and mini BLTs. New York-based drag DJ Lady Bunny spun from an elevated booth, and roving photographers captured guests' images as keepsakes.

This was the second year for Bravo's awards, which honor the network's picks in the categories of food, fashion, beauty, design, and pop culture. Kathy Griffin hosted this year's show, which will air on April 15. Last year's event was held in New York's Hammerstein Ballroom. 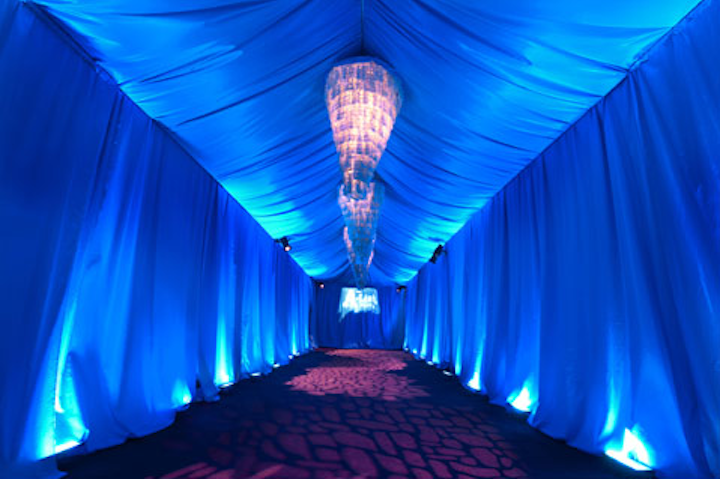 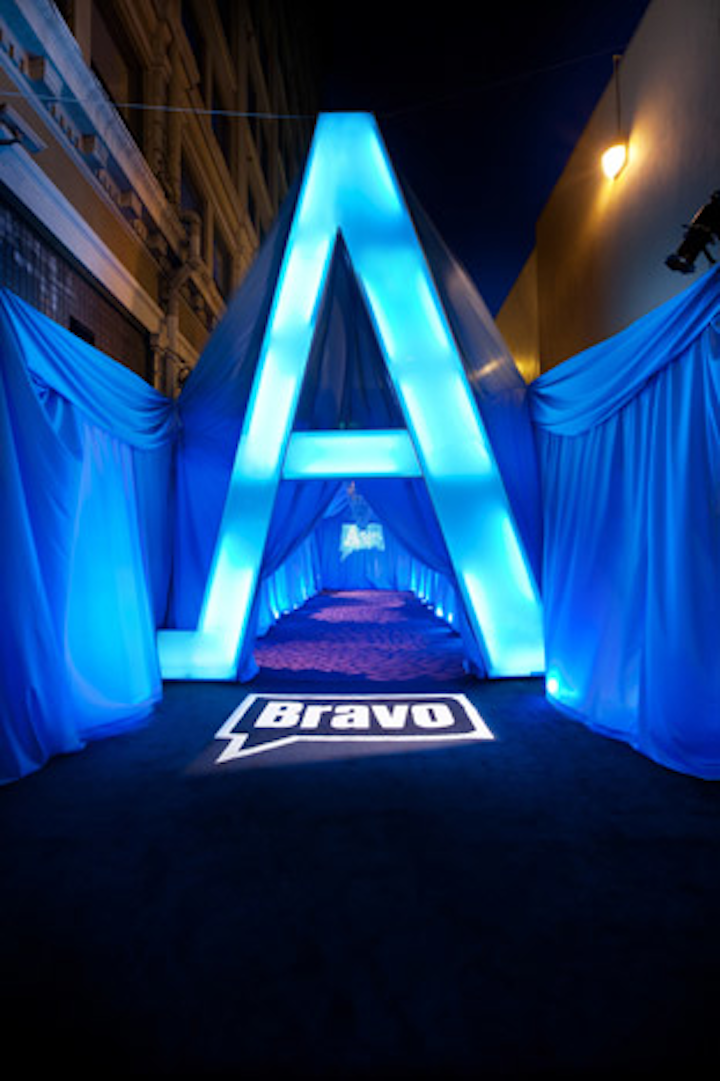 Guests passed under a giant glowing "A" when they arrived at the Edison for the after-party following Bravo's A-List awards.
Photo: Dale Wilcox 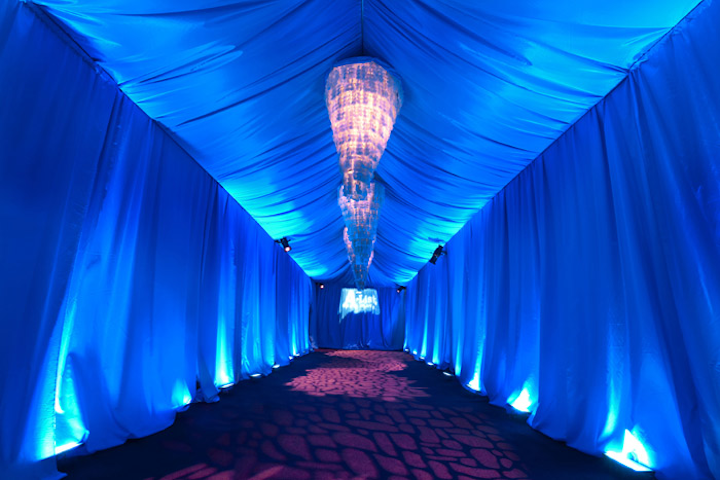 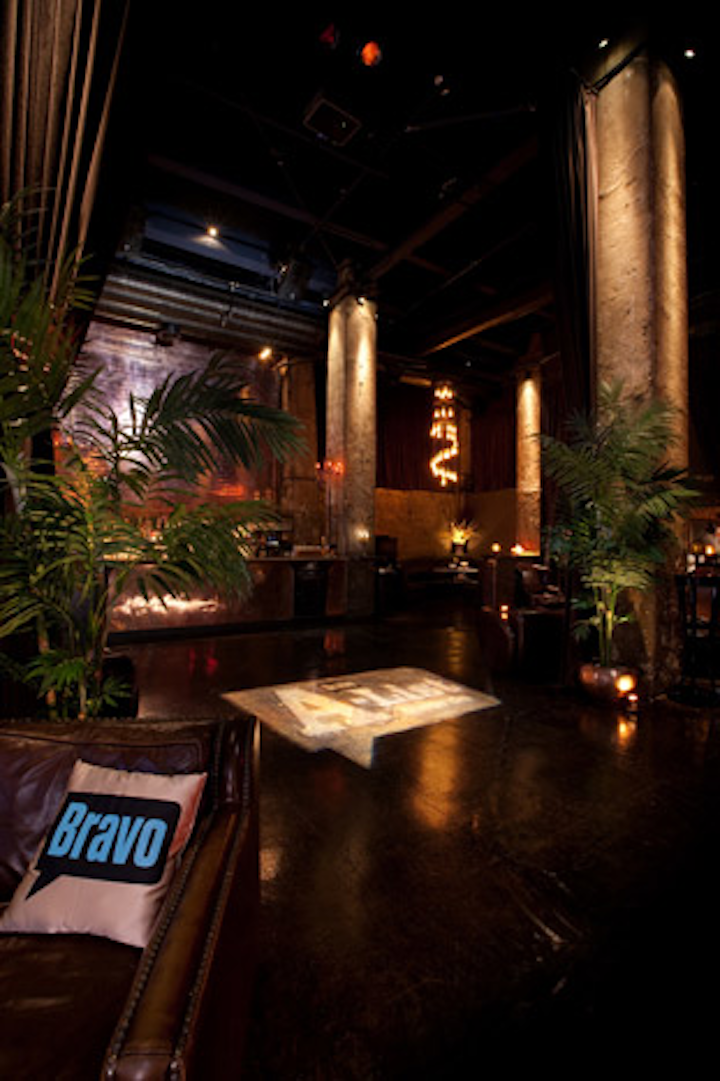 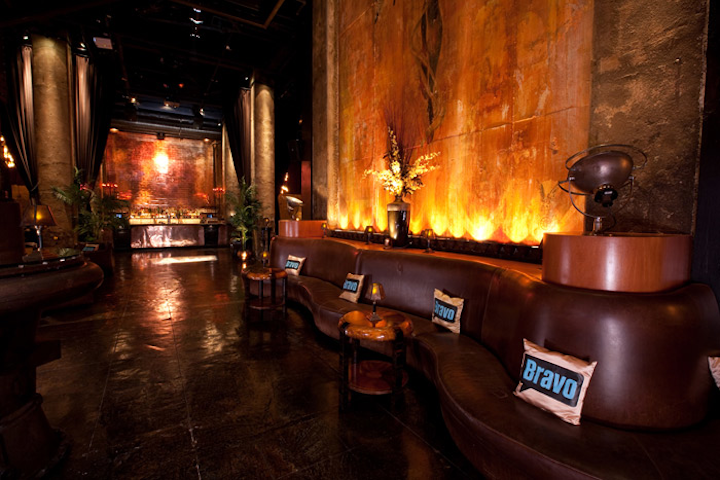 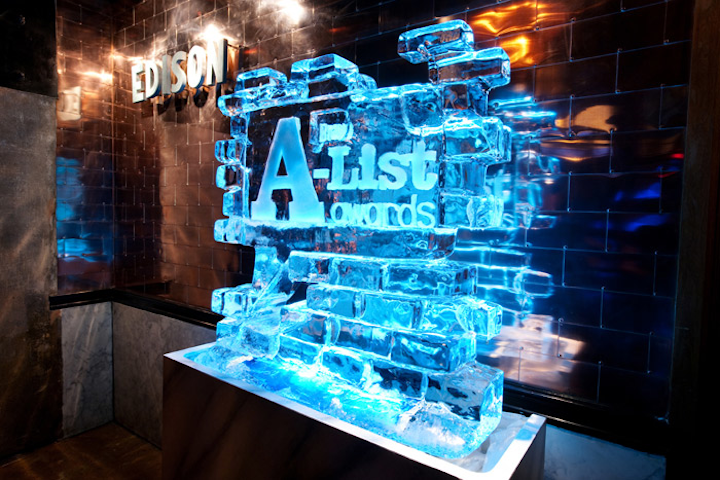 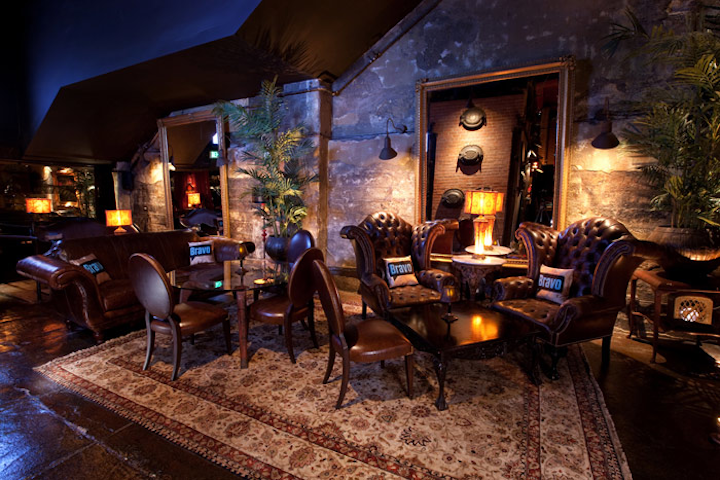 Downtown's Edison is luxe inside but raw outside, with its entrance on an alley.
Photo: Dale Wilcox
More in Programming & Entertainment