Santa Monica Place Opens With Events From Intimate to Giant

If you've been shopping on the west side of Los Angeles for a while, you remember Santa Monica Place of previous years, an uninspiring mall that showed its age in contrast with the lively atmosphere of the nearby Third Street Promenade and Santa Monica Pier. Now, Santa Monica Place has reopened as a top-end shopping and dining destination, and a slate of events launched the location with considerable fanfare and buzz.

Shopping center owner, manager, and developer Macerich acquired the center in 1999 and began its redevelopment in 2002. Phoenix-based assistant vice president of development relations Robyn Young and the marketing team tapped Joe Moller Events to produce its events, and an array of restaurants and shops hosted their own programming as well. Here's a look at several of the events, from a cocktail party for 75 to showcase public art to the huge public opening that packed the house. 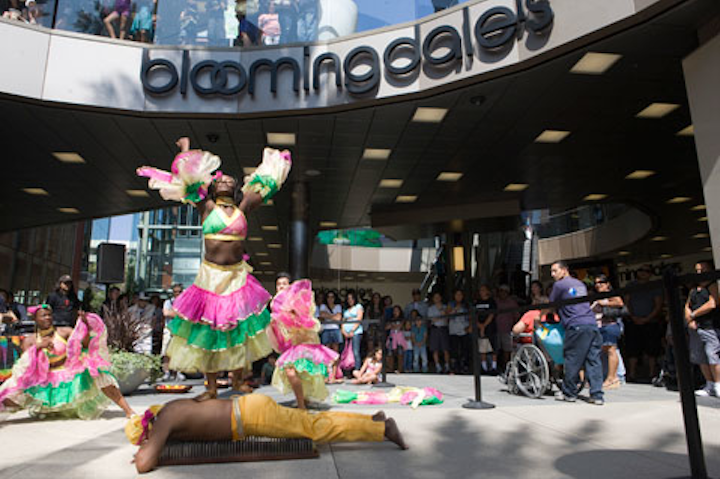 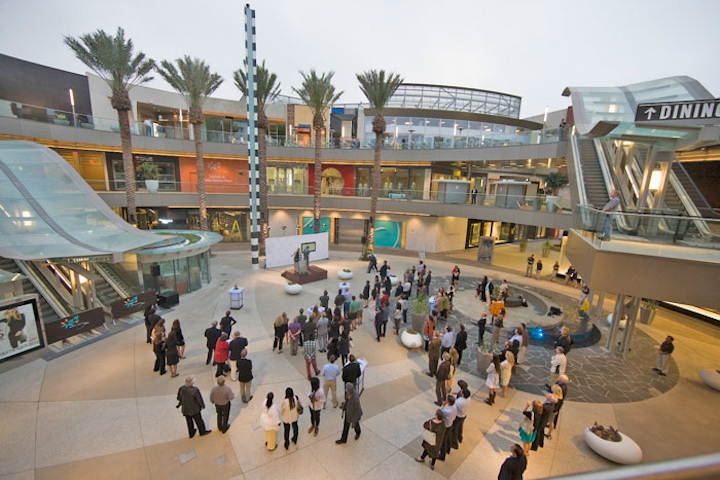 Joe Moller Events produced an intimate event for about 75 on August 2 to unveil an art piece known as "Sliver," a large black and white post in the center plaza, fashioned with an LED panel that runs its 50-foot length and broadcasts a live news feed.
Photo: Lever & Fulcrum Photography 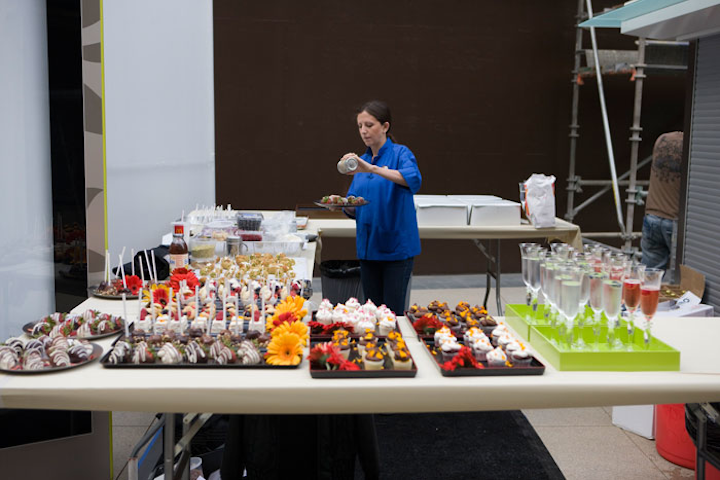 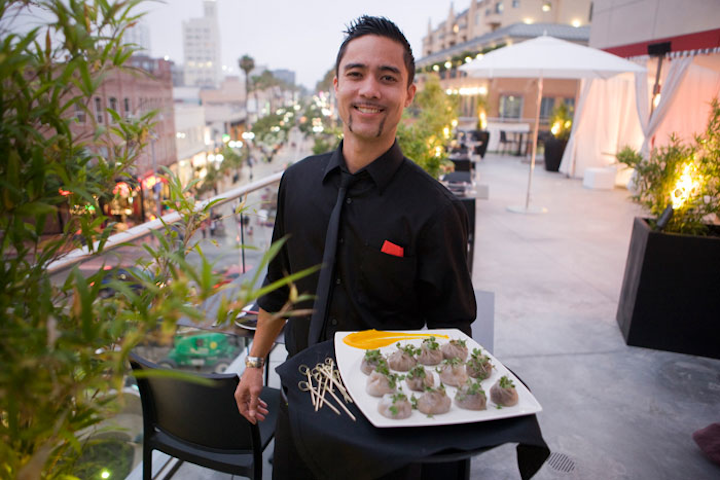 Joe Moller also produced an event on August 3 to preview Santa Monica Place's "dining deck." About 50 invited media guests broke into groups for a speed-dating-type tasting format. Each group spent 12 minutes in each restaurant before a bell rang and they moved on. They ended on the deck for a party with 500 guests and tray-passed samples from the six eateries.
Photo: Lever & Fulcrum Photography 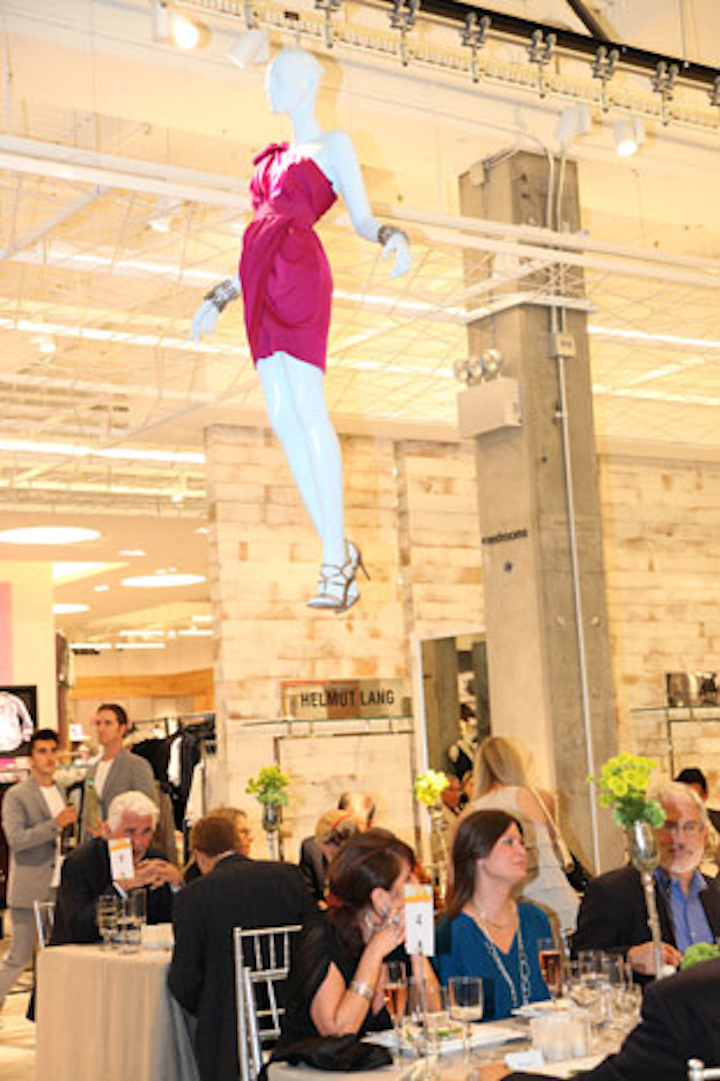 On August 4, Bloomingdale's underwrote a gala at the new Santa Monica location, hosted by chairman and C.E.O. Michael Gould to benefit the Cedars-Sinai Heart Institute Women's Heart Center. The store donated 100 percent of ticket proceeds and 10 percent of the evening's sales to the center. Mannequins floated on a track overhead in an automated fashion show during dinner.
Photo: Sophie Elgort 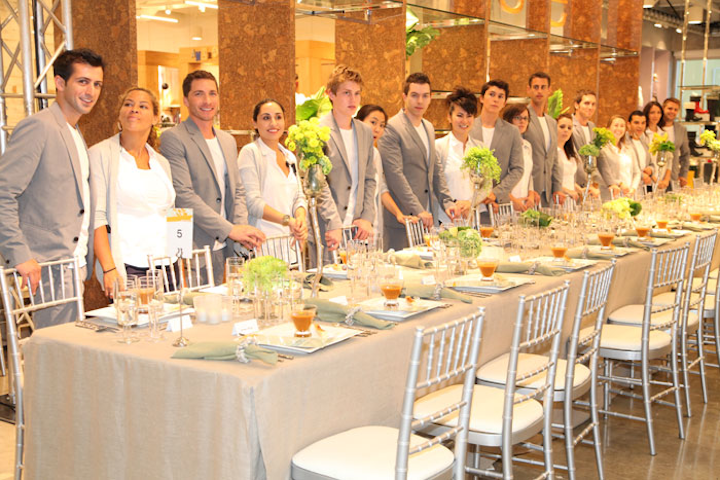 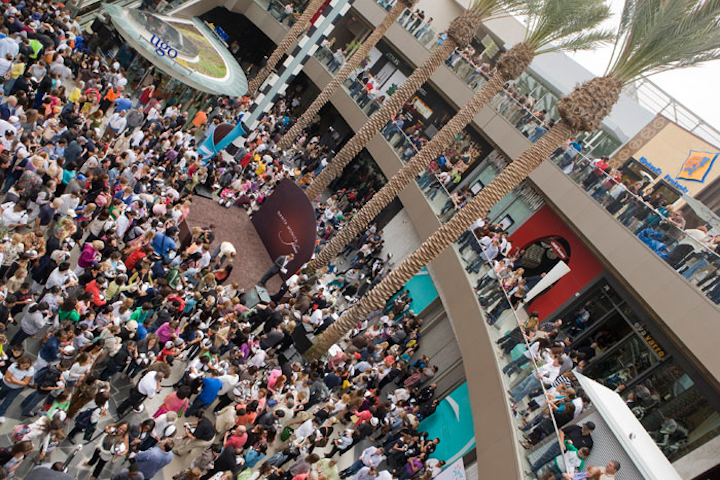 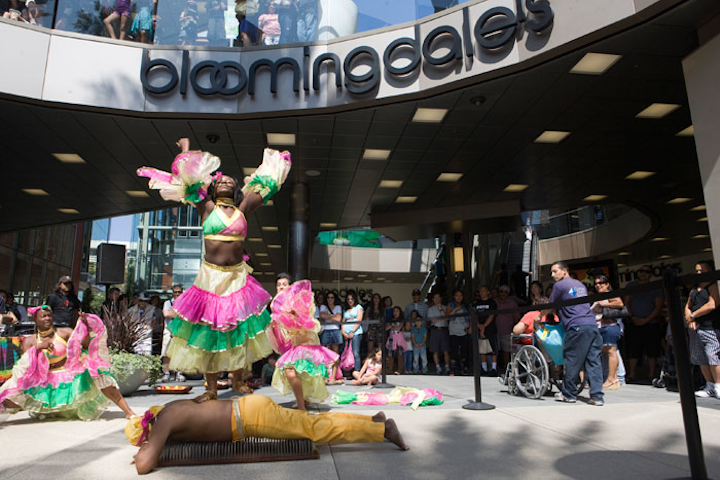 Moller is working with Macerich to produce daytime entertainment programming throughout August. Platforms are geared toward an international constituency because of Santa Monica's many tourists and emphasize talent from international beach communities. A performance from Caribbean Heat included standing on a bed of nails and dancing on broken glass.
Photo: Lever & Fulcrum Photography 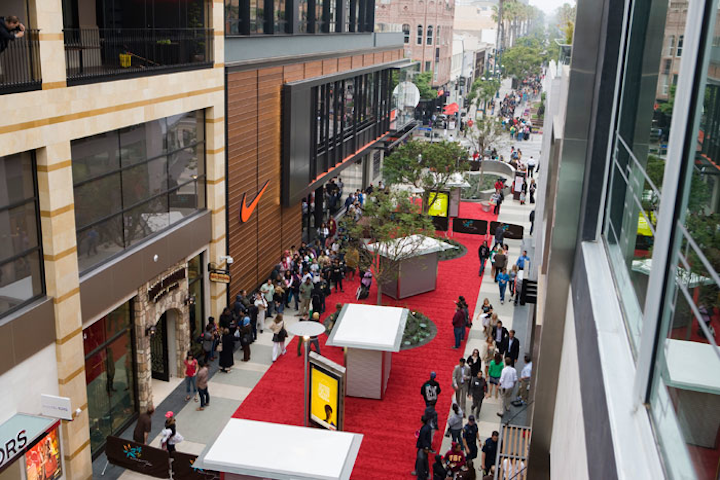 At the grand opening, a red carpet made from 100 percent post-consumer recycled materials stretched more than 200 feet. "Because it's a luxury retail destination, we wanted to treat it with all the excitement that a Hollywood premiere would have," Moller said. "It was a good marriage of Hollywood glamour with Santa Monica's focus on being environmentally responsible."
Photo: Lever & Fulcrum Photography 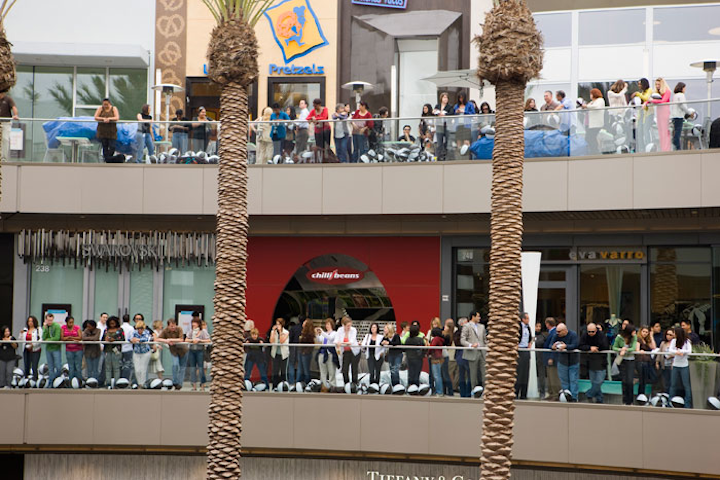 The grand opening drew throngs on all levels of the property.
Photo: Lever & Fulcrum Photography 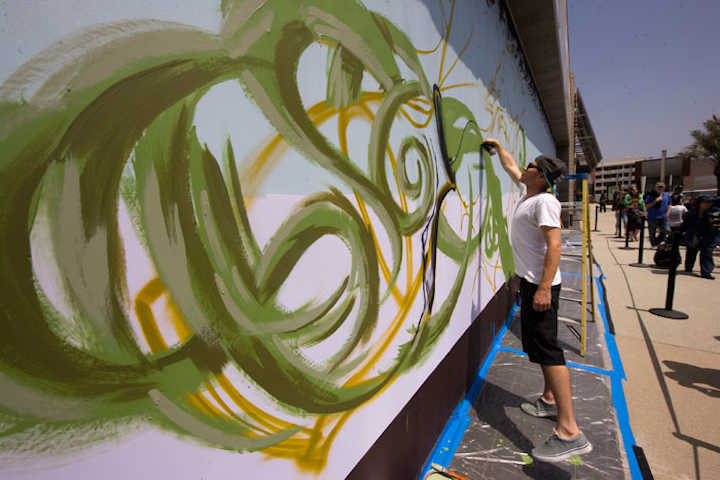 An artist painted a mural meant to represent the fresh, organic offerings in the market, set to open at Santa Monica Place in 2011.
Photo: Lever & Fulcrum Photography
More in Programming & Entertainment