To debut its latest flavor, Malibu Rum did what most spirit companies do for a launch and threw a lively, late-night bash with plenty of drinks on tap. What distinguished the Wednesday-night shindig for Malibu Red from others was the involvement of R&B singer-songwriter Ne-Yo, who partnered with the Pernod Ricard-owned brand to produce the new rum, tequila, and coconut liqueur blend, and, as the product's chief creative officer, had a hand in creating some of the marketing content.

Overseen by Ann Fryer, the director of national event marketing for Pernod Ricard U.S.A., with additional production from Legacy Marketing Partners, the event crowded the Liberty Theater with more than 500 guests, a red and silver color scheme, and, of course, Ne-Yo, who performed on stage.

Much of the decorative elements for the launch drew from the design of the bottle for Malibu Red, with a circular motif repeated in the disc-shaped backdrop for the bars, installation on the stage, projection screen, and gobo patterns cast on the walls. Lighting washed the space in a red hue, while illuminated highboys provided brighter spots of light for guests to gather around. Dressed in red outfits and fedoras, staffers provided additional nods to the brand's imaging and echoed Ne-Yo's personal style.

Entertainment also played into the theme. To represent the two main components of the new spirit—the "fiery" tequila and the "smooth" coconut rum—the organizers dressed female models in one of two costumes and placed them at the entrance to the venue. A white bodysuit with silver accents was designed to embody the coconut, while a red version decorated with a glitter flame epitomized the tequila. To open the night's performance, the models joined burlesque dancers on stage, while stilt-walkers clad in silver leotards roamed the audience.

Malibu's partnership with Ne-Yo extends beyond the launch; the rum brand will hit the road as the sponsor of the singer's upcoming concert tour. 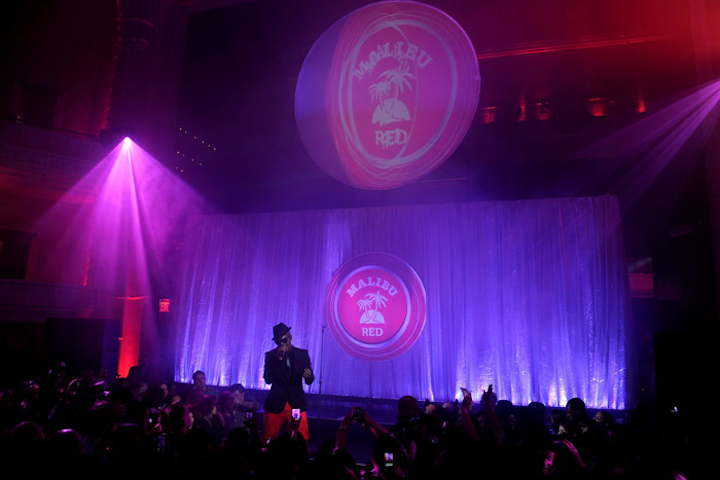 In red pants and his signature fedora, Ne-Yo entertained the crowd at the launch with a performance that included songs "Miss Independent" and "Closer."
Photo: Simon Russell/WireImage for Malibu Red 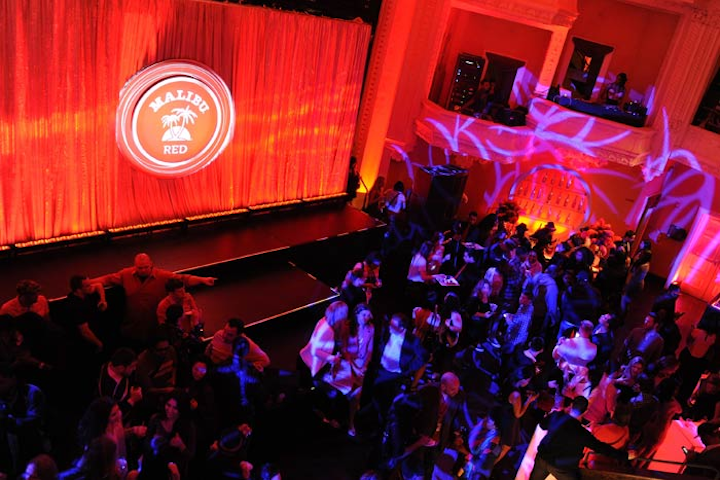 Inside the Liberty Theater's main space, guests mingled around a stage, glowing-red cocktail tables, and two bars. The platform for Ne-Yo's performance was shrouded with a gold curtain and a disc-shaped piece that matched the Malibu Red bottle label.
Photo: Simon Russell/WireImage for Malibu Red 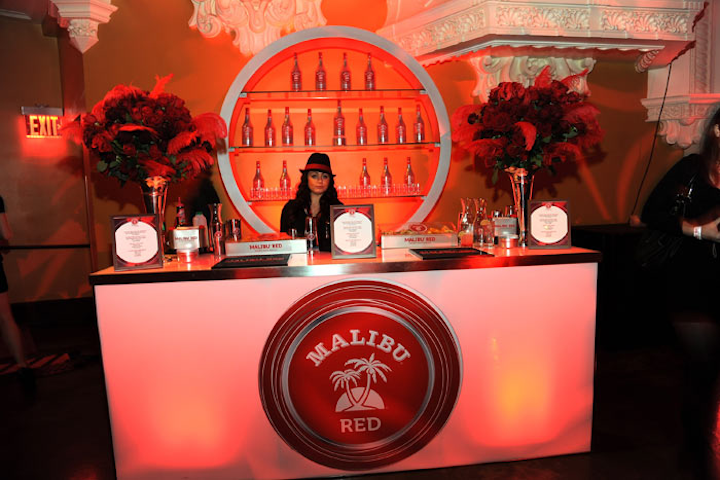 Two bars stood on either side of the stage, serving four different cocktails made with the new spirit. These included a "fiery" shot, which had a dash of Tabasco sauce and a lime wedge, and a margarita consisting of lime juice and grenadine.
Photo: Simon Russell/WireImage for Malibu Red 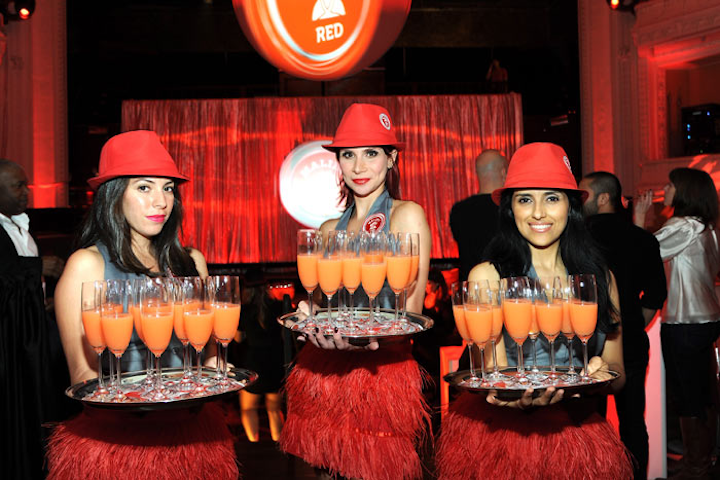 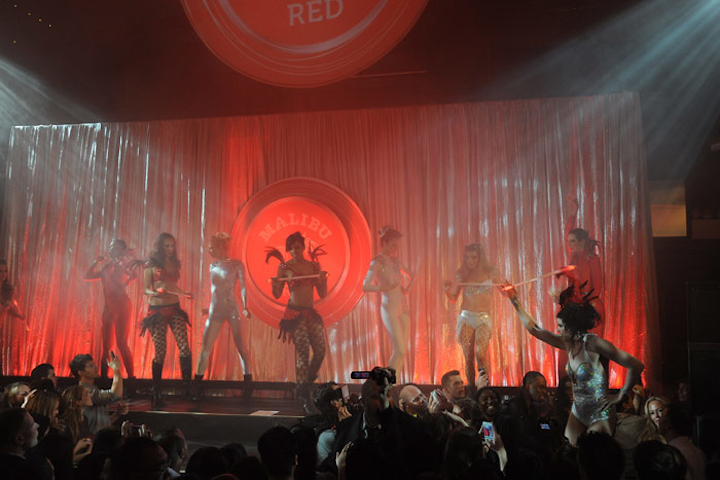 Designed to represent the blend of "fiery" tequila and "smooth" coconut rum that compose Malibu Red, the producers dressed female models and dancers in two different costumes, with silver for the smooth and red for the fiery. The girls lined the entrance to the venue and, later in the evening, hit the stage with a burlesque troupe.
Photo: Simon Russell/WireImage for Malibu Red
More in Programming & Entertainment