On Wednesday, March 28, Cartoon Network hosted its upfront and, much like a typical television presentation, trotted out the stars of its current series for the gathered media buyers and executives. However, as the recognizable faces of the Turner Broadcasting-owned property are animated characters, not live people, the brand flaunted a different kind of talent at the Roseland Ballroom. That meant bringing voice-over actors, foley artists, and the Orchestra of St. Luke's to the stage to showcase a behind-the-scenes look at how cartoon shows are made.

The unconventional program had the artists speaking, making sound effects, and performing live for the audience, while the corresponding cartoons played on a screen overhead. For the planning team at Event Resources and video producers MB Productions, such a stunt required a rather complicated synchronization of live audio with recorded video content. To blend the two, the crew, which was housed in the venue's mezzanine, brought in Dataton's Watchout servers and employed embedded 7.1 audio, enabling them to better program the content.

MB Productions utilized high-definition projectors to give the screen a more dramatic presence on stage, and looked to seamlessly merge the 17- by 28-foot projection surface with the scenic material framing it.

The show allowed Cartoon Network to place a bigger emphasis on what it does best, while also crafting a striking setting in which to mark its 20th year and boast about ratings performance. "For 20 years, Cartoon Network has cultivated truly original voices from a diverse array of artists and producers, making us the great alternative to everything else out there," said Cartoon Network's chief content officer, Rob Sorcher, at the event. Sorcher, along with Stuart Snyder, president and chief operating officer of Turner Broadcasting's animation, young adults, and kids media division, pointed to a 28 percent increase with kids in prime-time viewing, the brand's best first quarter yet. 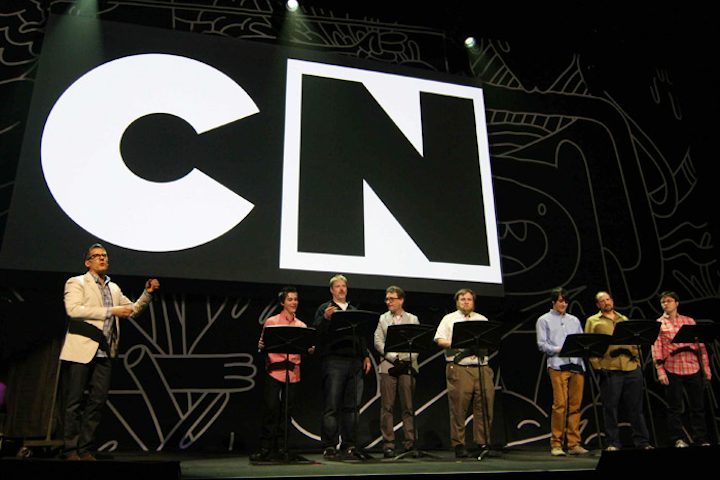 To showcase the voice talents behind series like Adventure Time and Regular Show, the network brought actors including J. G. Quintel, Pendleton Ward, and John DiMaggio to the stage to perform live.
Photo: Brian Brooks/MB Productions 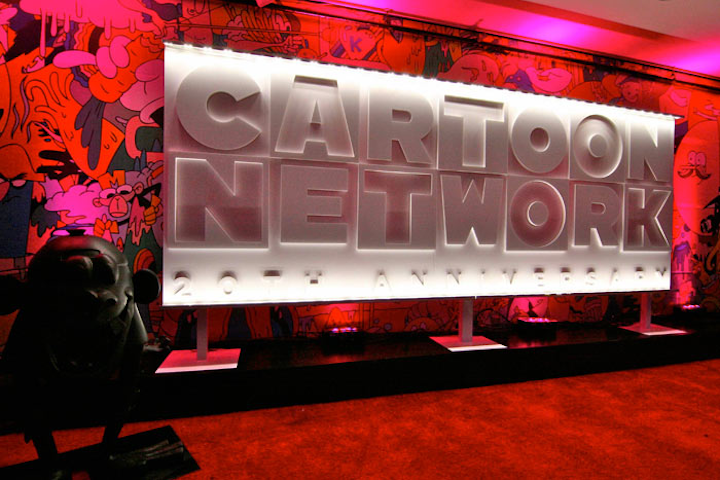 Rather than a simple step-and-repeat, Cartoon Network created a three-dimensional sign at the Roseland Ballroom, beside which upfront attendees posed.
Photo: Courtesy of MB Productions 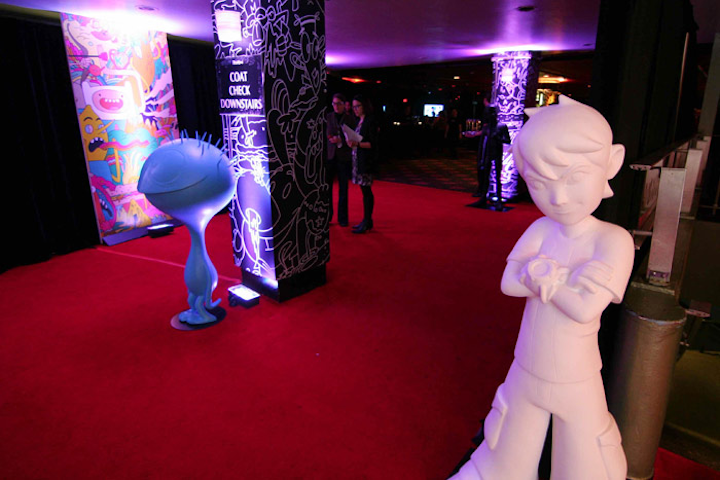 Before the presentation, Cartoon Network put the focus on its shows by decorating the lobby area with freestanding 3-D representations of animated characters and cartoon panels festooned to the walls and columns.
Photo: Courtesy of MB Productions 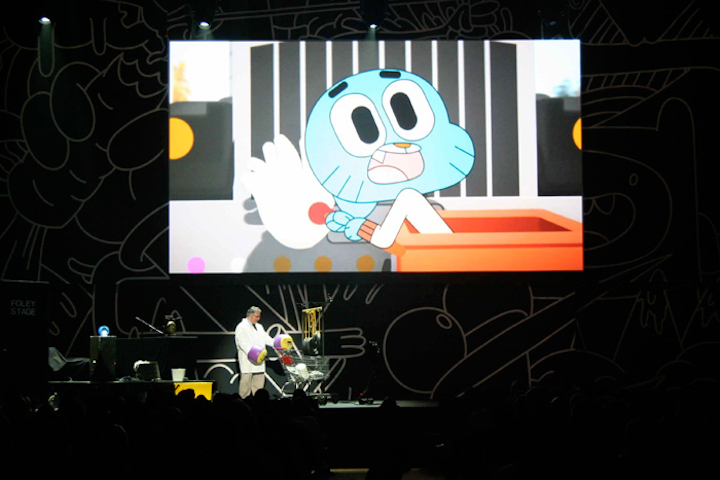 With equipment that included a shopping cart, boxing gloves, and what looked like car tires hung from a clothing rack, a foley artist provided the sound effects for some show clips in real time.
Photo: Courtesy of MB Productions 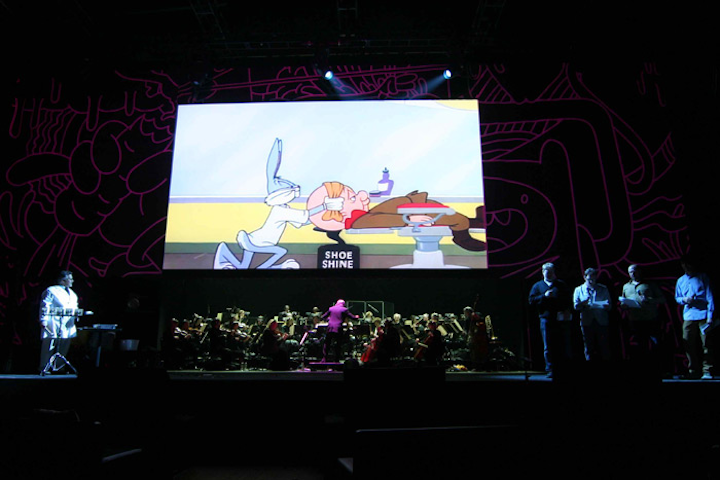 For the finale, the lower panel of the screen's backdrop lifted to reveal the Orchestra of St. Luke's, which performed instrumental versions of the themes for series like the Looney Tunes Show, Powerpuff Girls, Star Wars: The Clone Wars, and Dexter's Laboratory. The show was also streamed lived to a private webcast for network staffers.
Photo: Courtesy of MB Productions
More in Programming & Entertainment