How This Univision Meeting Facilitated Networking

During its three-day meeting, the broadcast network created ample opportunity for guests to mingle.

Univision, a Spanish-language broadcast network, hosted its third "Leading the Change" event November 19 to 21 in Las Vegas. The gathering is "a thought leadership and educational forum created for marketers to build winning Hispanic strategy," said a rep. "This event provides clients and prospects a forum for hearing what best-in-class marketers are doing to engage Latinos." The event also encouraged plenty of social and networking opportunities for guests.

The event coincided with Univision's November 20 broadcast of the Latin Grammy awards and comprised several components. Daytime meetings were held in the Congo ballroom at the SLS Las Vegas hotel and included brand case studies with reps from companies such as JC Penney and Wellpoint; there was also a discussion between news anchor Maria Elena Salinas and former Massachusetts Governor Mitt Romney about the importance of the Hispanic vote. To create a relaxed, social environment, the layout included lounge furniture groupings and 60-inch round tables.

There was also opportunity for after-hours socializing. On Wednesday night, a welcome reception took place at Foxtail Nightclub at the hotel. The dinner party included conversation pieces such as a ballerina flash mob and a metallic tattoo artist. And on Thursday night, guests attended the official after-party for the Latin Grammy awards at Hakkasan Nightclub at the MGM Grand Hotel. There, they found flashy entertainment including a model dressed as a golden tulip. Here's a look inside the three-day affair. 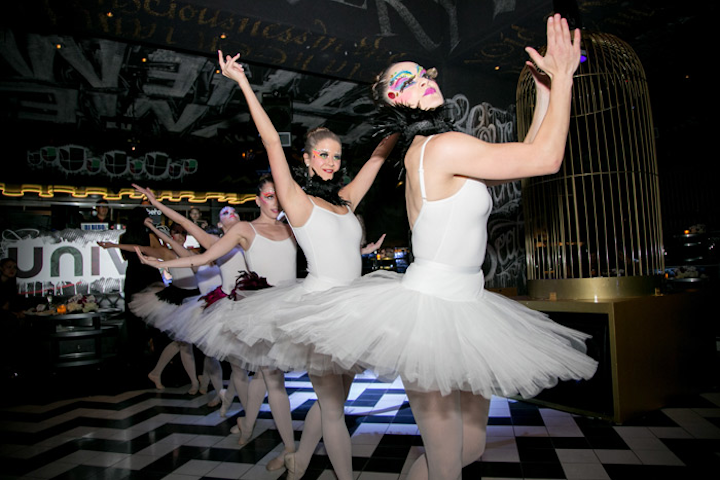 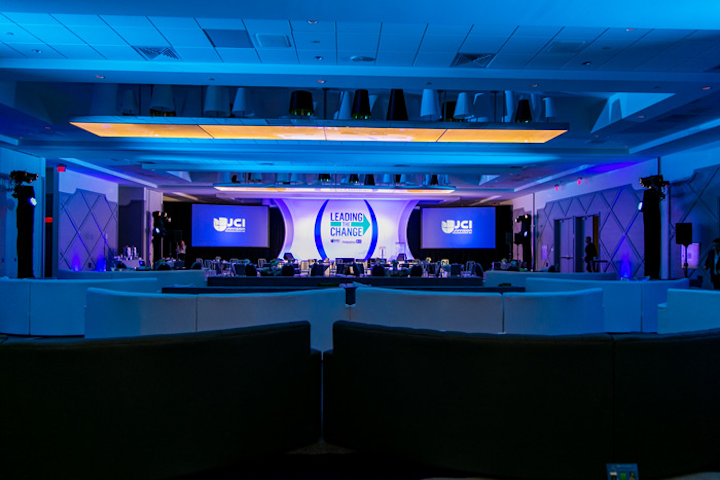 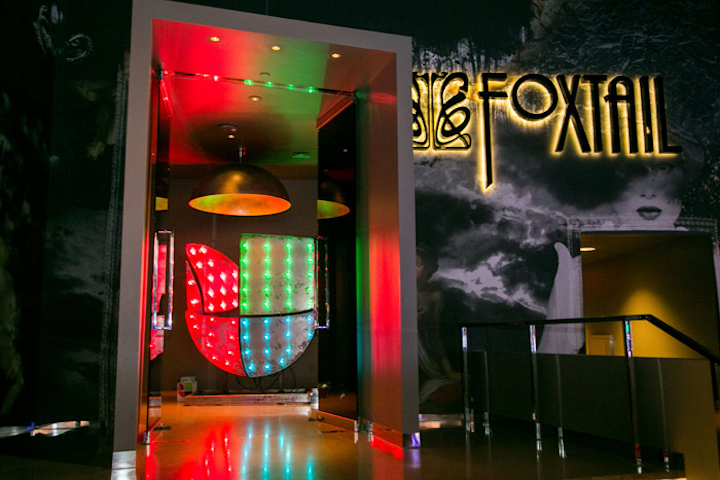 Univision's logo appeared in lights at the entrance to the opening-night reception at Foxtail.
Photo: Danielle DeBruno Photography 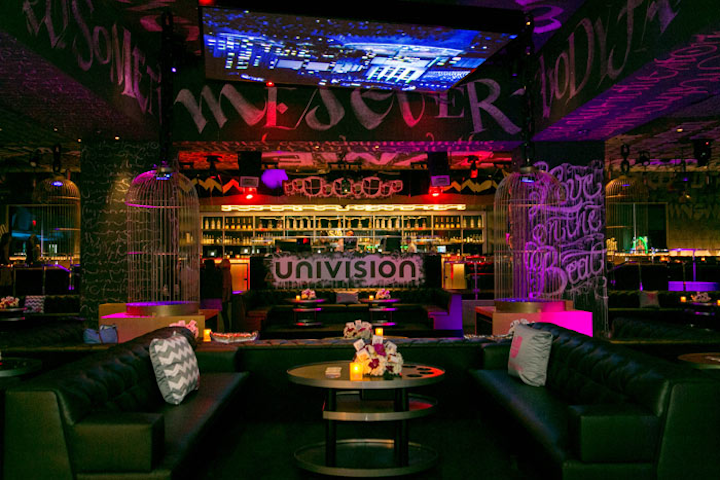 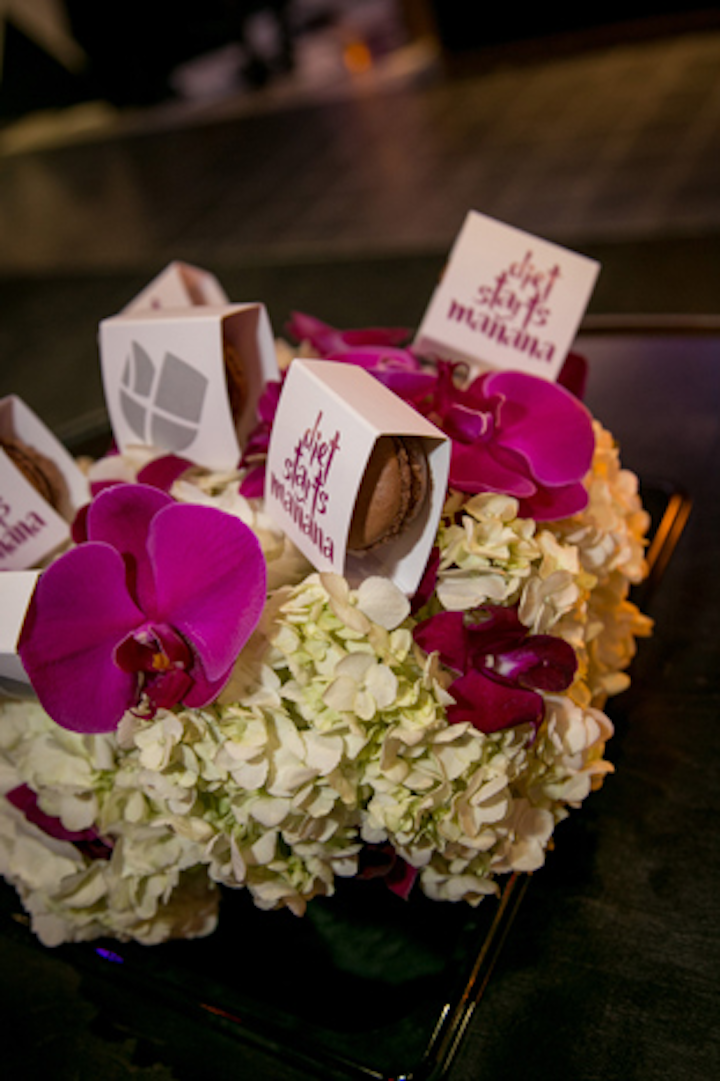 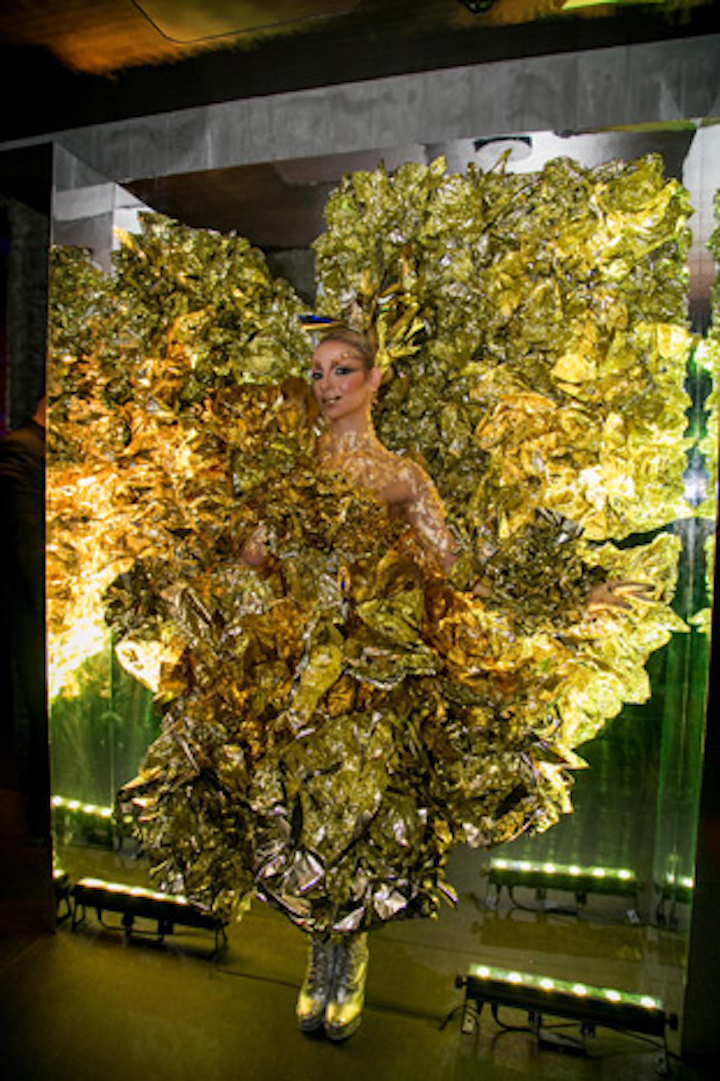 At the Hakkasan Latin Grammy after-party, a model was camouflaged to look like a golden tulip. (Univision's logo represents a tulip.)
Photo: Danielle DeBruno Photography 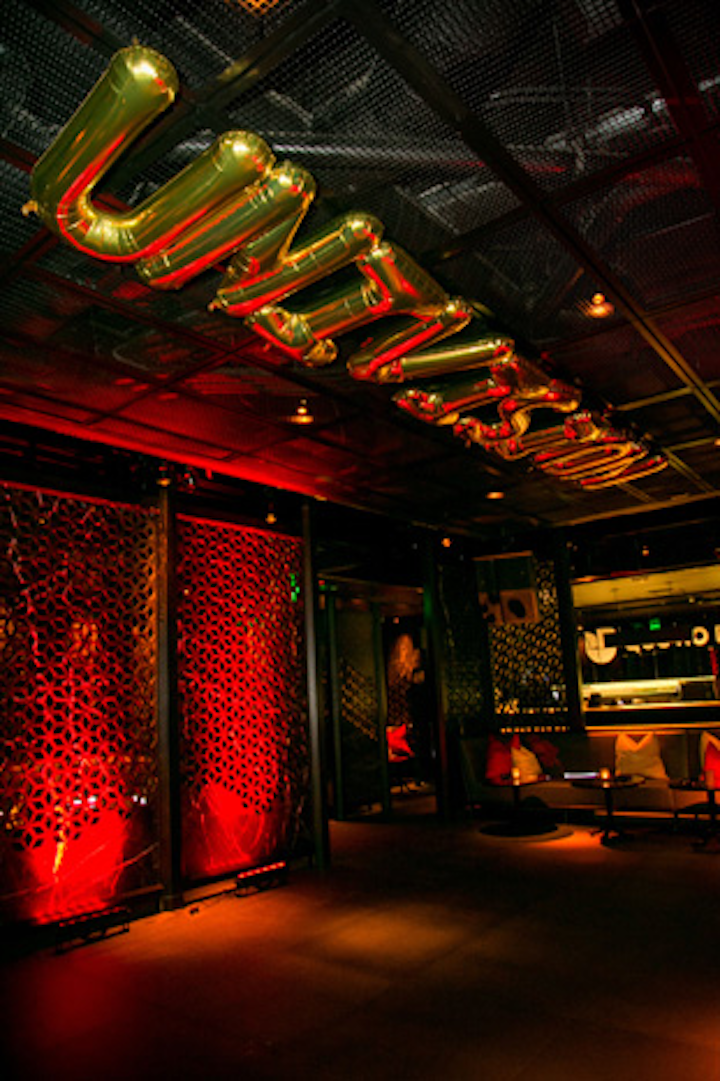 At Hakkasan, metallic balloons spelled out the name of the host organization.
Photo: Danielle DeBruno Photography 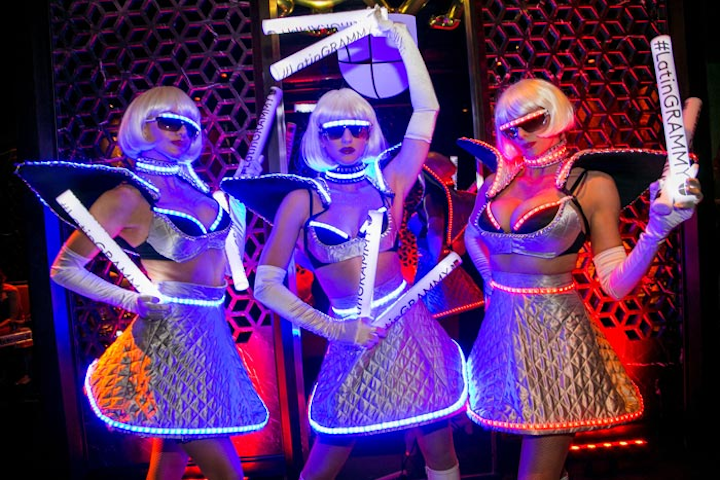