A marching band, striking lighting, and 3-D invitations make our selection of the most creative ideas from fashion's big festival of parties and shows.

Downtown label Heatherette gave showgoers a sneak peek at its new collection with an invitation in the form of a collapsible stereoscope—a photo viewer that produces a 3-D effect from two images. It folded to fit in an envelope. “We had wanted to do something in 3-D for a long time,” Heatherette’s Aimee Phillips told us. They found the means to do it when Richie Rich, who designs the line with Traver Rains, learned that his friend’s father makes mailable stereoscopes. Then photographer Elliot Varese Yakush (the friend) shot images of Lydia Hearst, and Donald Yakush of Denver-based 123-D Cards (the friend's dad) produced the invitations (a first for the product), decorated with whimsical drawings of Rich and Rains with rainbows by Michael Economy. —Chad Kaydo

Guests entered the Esteban Cortazar show at the tents to find a room lit softly by a glowing LED candle on each of the venue’s 660 chairs. Cortazar originally found the candles—lit from below by LED screens that can be programmed to glow in any color—decorating the 40/40 Club, and called its provider, Lounge Light Creative Services, to bring in a batch and program them to cast a blue glow over the venue. Freelancer Monika Hanssen produced the show. —C.K.

As tongue-in-cheek as it was, it made for a cute way to usher in another Fashion Week: Outside the tents at Bryant Park, JCPenney stationed a crew of models outfitted in its new Nick(it) line of suits to perform random acts of kindness for the assembled fashion folks. Merianne Roth, brand marketing and publicity director for JCPenney, worked with PR firm M Booth & Associates to put together the promotion, which started with Peter Post, director of the Emily Post Institute, dispensing etiquette tips to the chaps dressed in the British-inspired suits and bowlers. The point (other than getting the not-exactly-Barneys retailer a piece of Fashion Week) was that it’s not just what you wear that makes the man, but also how you act. So the models—all booked through T&L Events—helped folks into cabs, held umbrellas for them, and performed other swoon-worthy tasks around the tents. —Mark Mavrigian

Olympus used its Fashion Week title sponsorship role to support—and market to—the assembled professional photographers. A special lounge offered a comfortable place to relax between shows, along with Internet access, food, and survival kits (with ChapStick, Altoids, PowerBars, Biotherm skin care products, and other luxuries). Olympus also partnered with photographer Timothy Greenfield-Sanders for the second season, setting up a studio where he shot portraits of celebrities and other fashion notables attending the shows (15 of the 70 images he took in February were framed, autographed by the subject, and auctioned on eBay to benefit the Entertainment Industry Foundation’s National Colorectal Cancer Research Alliance). And to reward the celebrity subjects, Jono Productions put together 20 barbecue-themed gift bags (evidently W’s Brad and Angelina photo spread made the backyard fashionable). Desperate Housewives’ Eva Longoria and Jesse Metcalfe were among those who took home Dooney & Burke leather bags, and made plans for deliveries of a Char-Broil grill, and shipments of Coors Light and Kobe beef from Uptown Prime. —Anna Sekula

10 Ideas From Fashion Week (Part One) 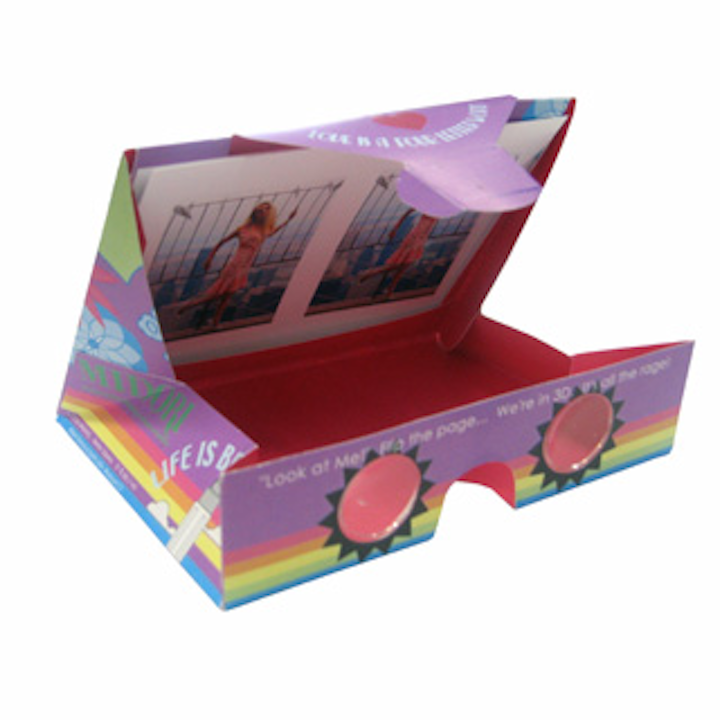 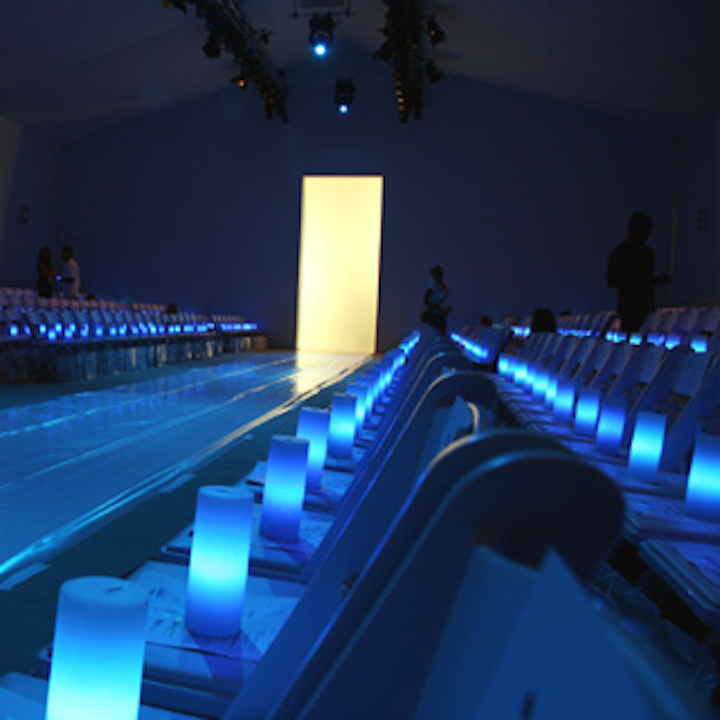 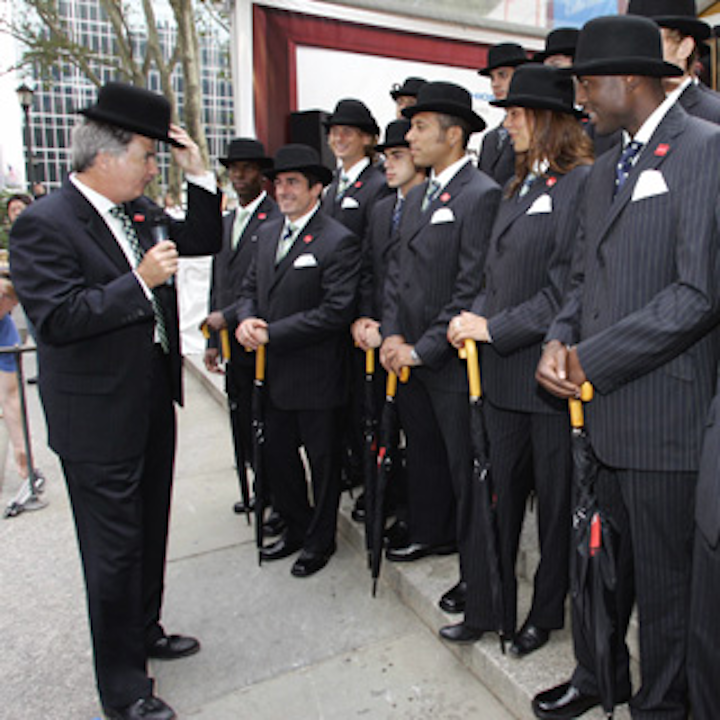 JCPenney promoted its new Nick(it) line of men’s suits with a press stunt at the opening ceremonies of Fashion Week. 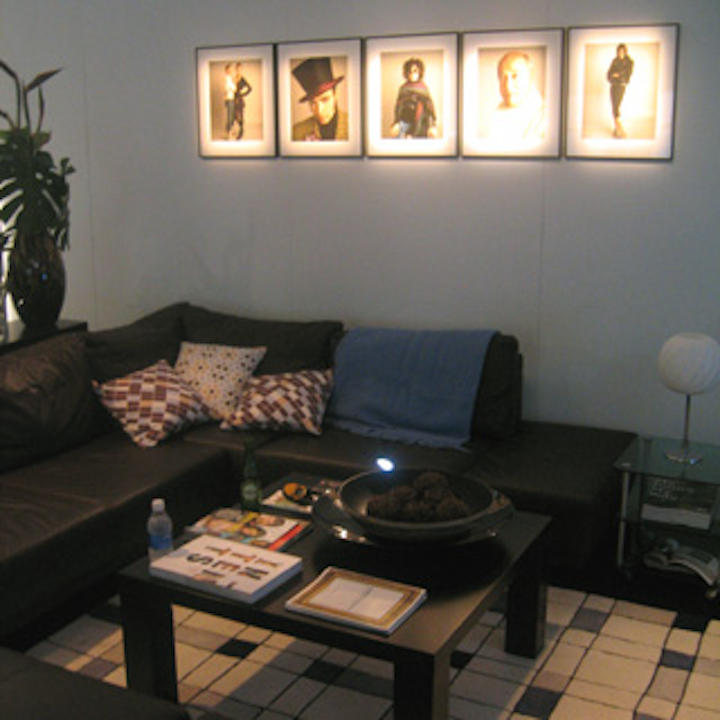 Within the Bryant Park tents was a photography studio set up for Timothy Greenfield-Sanders to take celebrity portraits.
More in Strategy