On Thursday night, the Interior Design Show brought 5,500 guests to the trade show floor in the Metro Toronto Convention Centre for its opening night party. Guests took an early look at booths on the floor, enjoying drinks and hors d'oeuvres among the 300 exhibits. The advertised tagline for the contemporary design fair's event was “it takes an industry to make a party."

“It really has the industry coming out,” Shauna Levy, director of the Interior Design Show, said about the gathering, simply dubbed "the Party."

The event also served to kick off the three-day show. “It’s always about creating a really positive energy. We certainly see the ripple effect over the next three days,” Levy said, citing Twitter as one of the ways the party creates buzz. The event began at 7 p.m. and ended at 11 p.m., and was followed by an after-party at the Thompson Hotel.

More than 30 caterers and beverage providers attended, creating food stations and bars among the show's booths. Exhibitors got involved, too. At the Taylor Hannah Architect booth, staffers served guests a creamsicle cocktail to match the colour scheme. Guests also got an early look at Raw Design’s "StripTease" entrance installation—1,300 individual strips of felt that hung down two storeys of the venue. Partnering with Christie Digital Systems, patterns and images of passing guests were projected onto the felt strips using the Christie’s interactive MicroTiles technology. 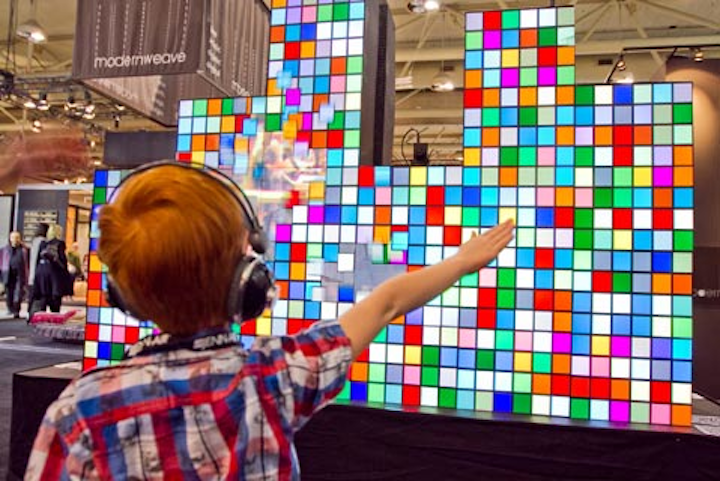 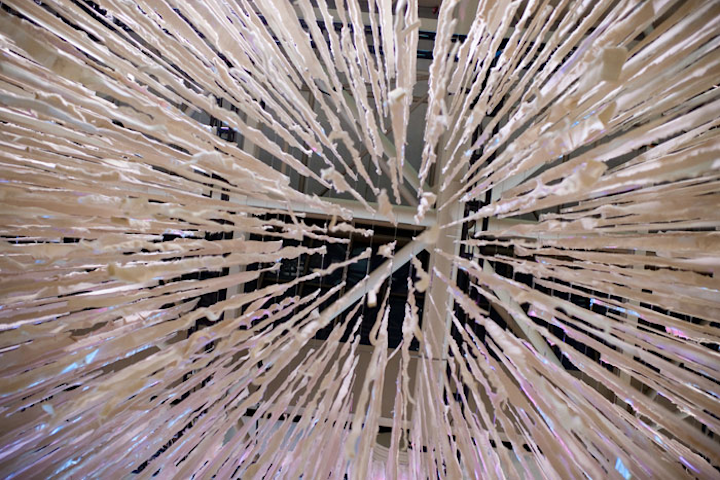 Raw Design created an installation called StripTease, where 1,300 strips of felt hung from the second-floor ceiling and stretched to the first floor. A partnership with Christie Digital Solutions allowed the company to project images onto the fabric.
Photo: Emma McIntyre for BizBash 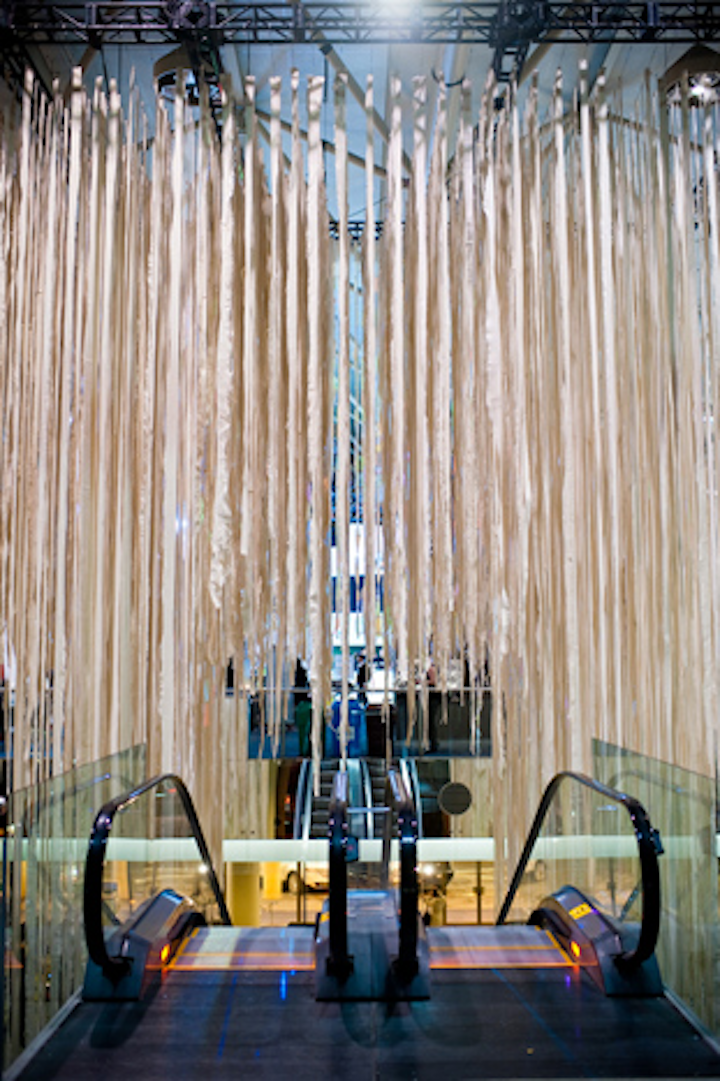 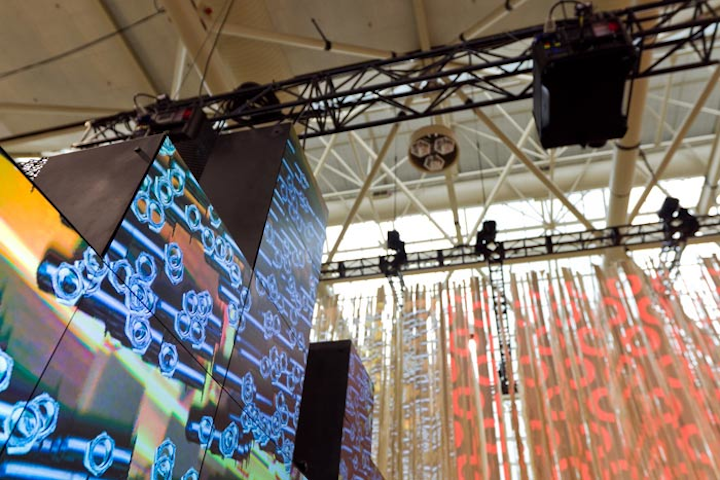 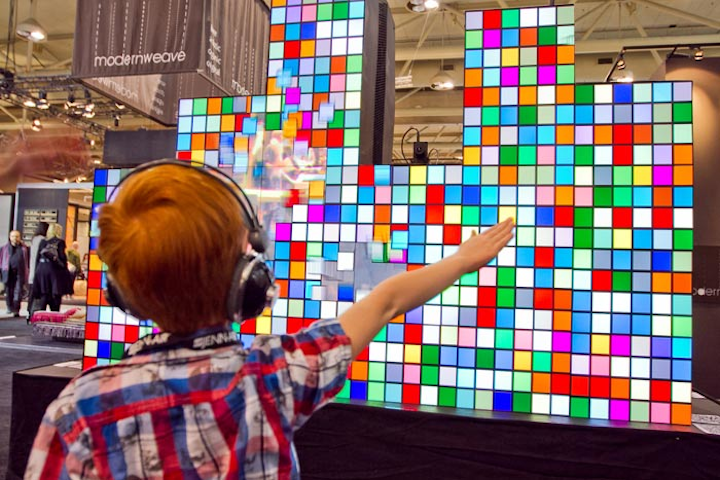 A young guest experimented with the Christie MicroTiles wall. The screens were interactive, and when guests passed in front, patterns disappeared to reveal live video feeds of themselves. The images were projected onto the wall of hanging felt strips.
Photo: Courtesy of Christie Digital 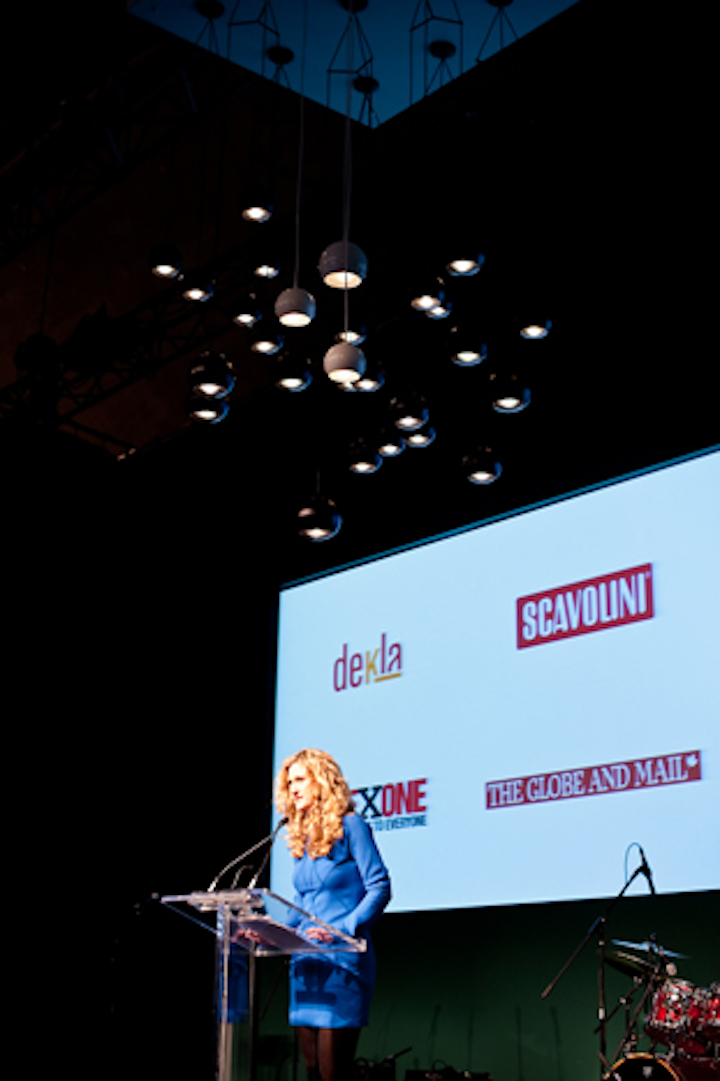 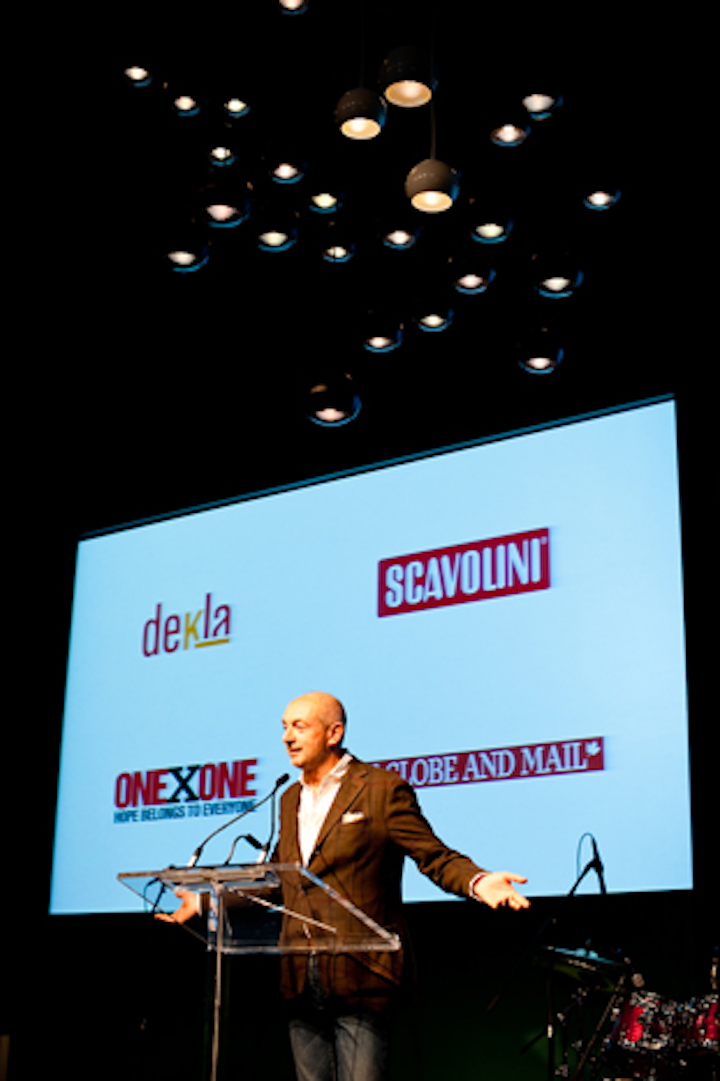 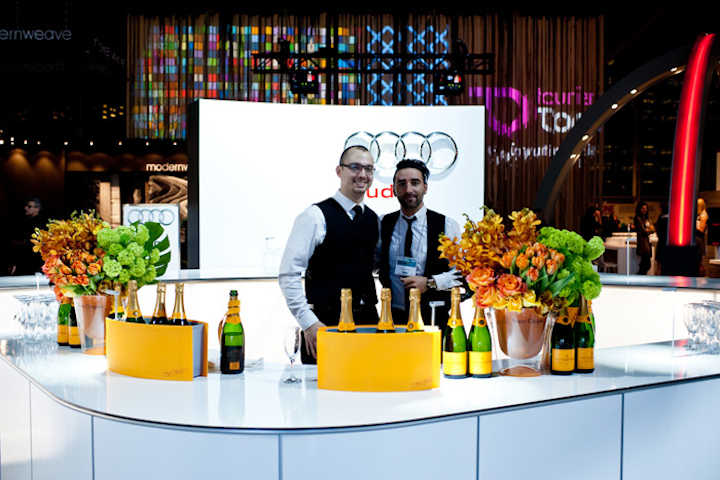 Champagne was served in the Audi lounge.
Photo: Emma McIntyre for BizBash 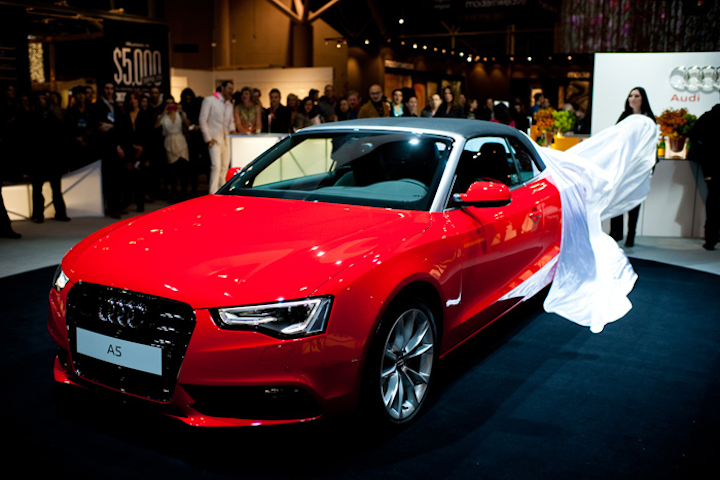 Audi unveiled its A5 Cabriolet at 8 p.m. in the Audi Lounge.
Photo: Emma McIntyre for BizBash 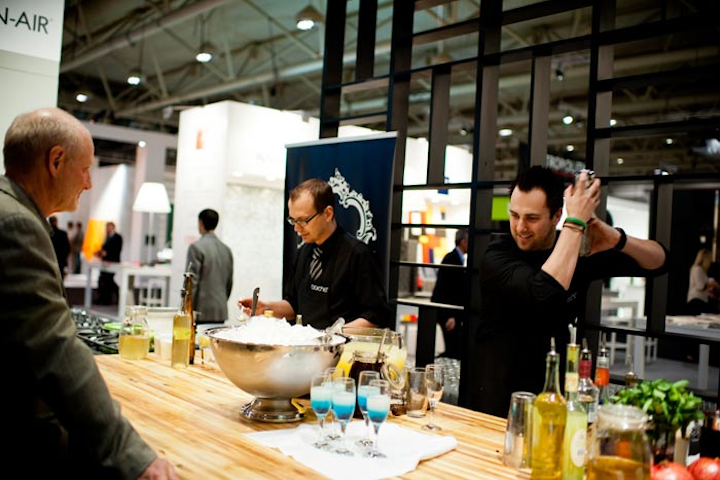 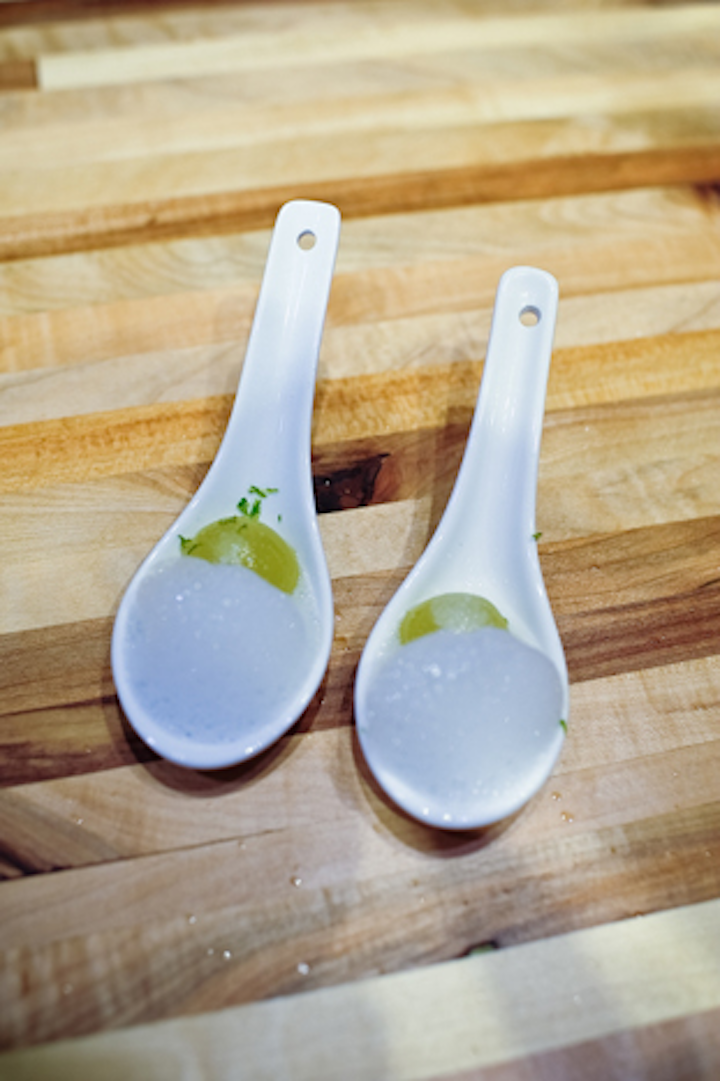 Barchef served a molecular recreation of the Mojito. Using alginate, a mojito sphere was topped with sugar, lime zest, and lime and vanilla air.
Photo: Emma McIntyre for BizBash 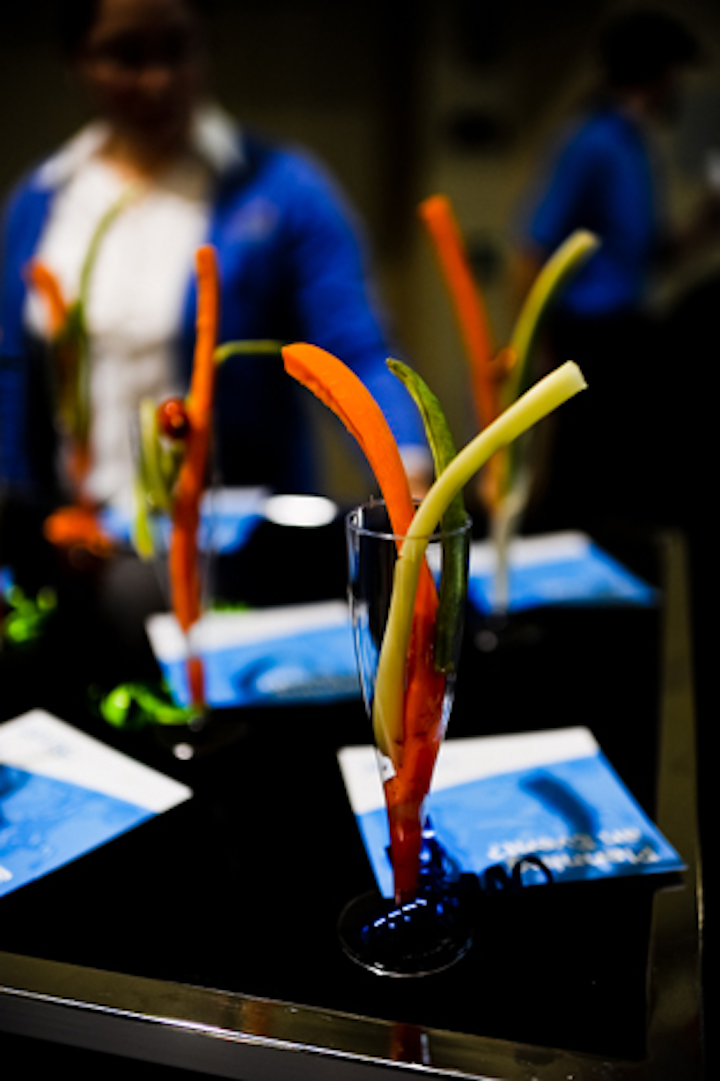 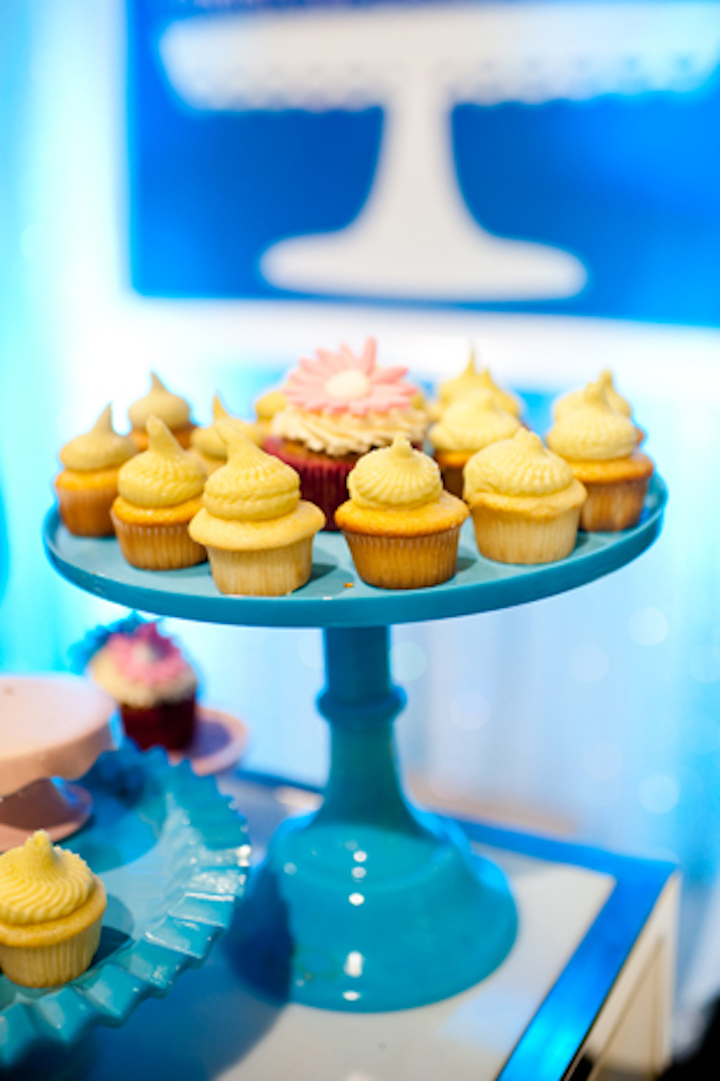 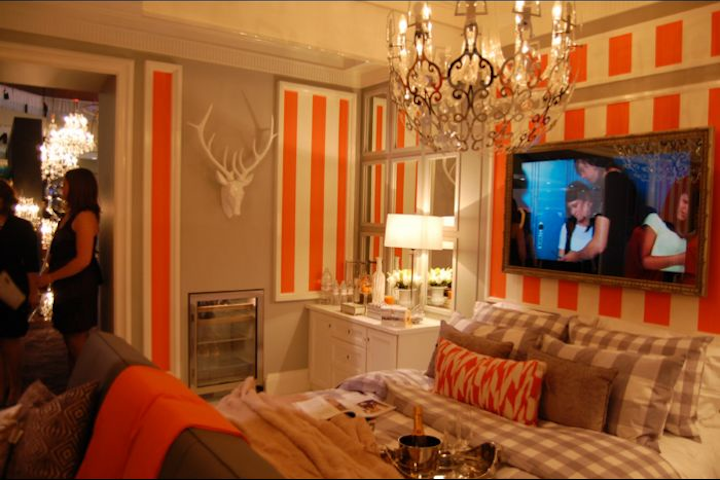 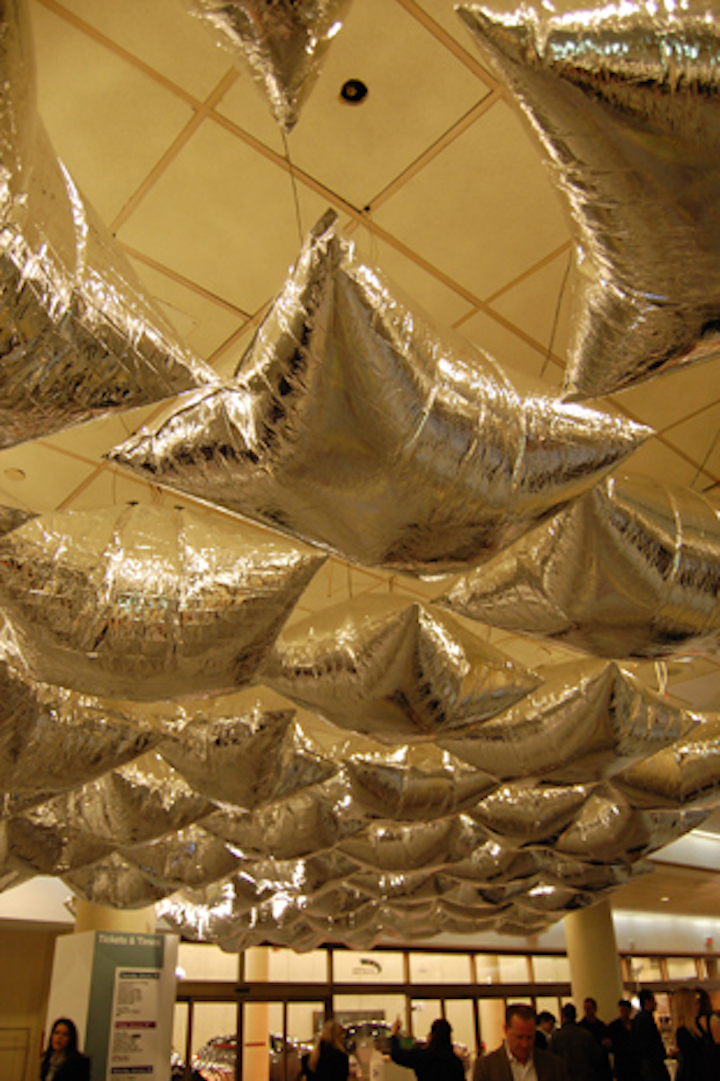 The "Silver Cloud" installation hung above the Ikea ticket counter at the entrance. As guests walked below, the silver pillows inflated and deflated.
Photo: BizBash 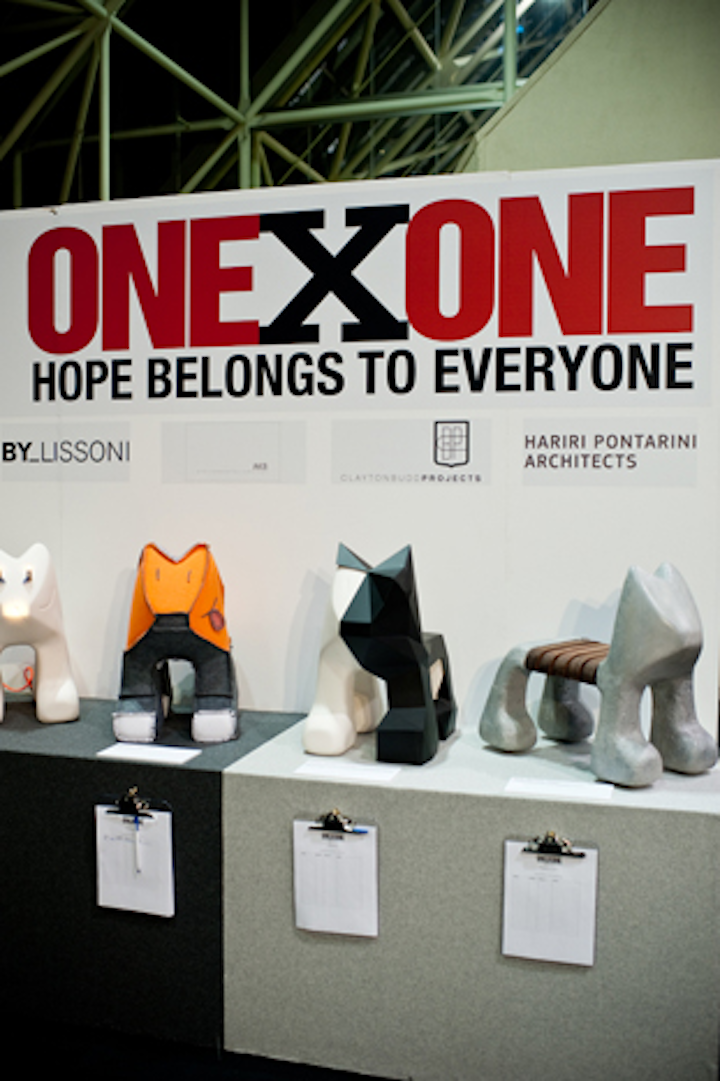 The Cherish auction is an annual draw at the opening night party. Organizers auctioned off Magis Julian chairs that had been reimagined by 20 designers from Donna Karen to Bruce Mau.
Photo: Emma McIntyre for BizBash 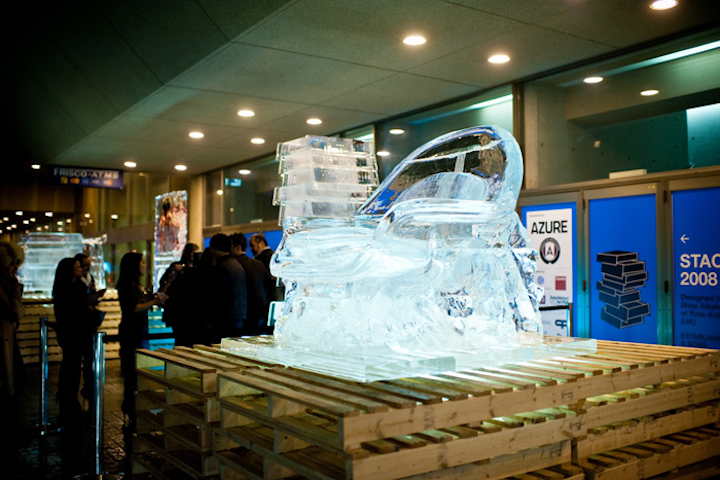 Outside, the International Design Show presented the new Design Icons exhibit, where it reinvented five iconic designs, like the Womb Chair, with help from IceCulture.
Photo: Emma McIntyre for BizBash
More in Strategy