In anticipation of its 2013 launch in Canada, Target hosted a one-day pop-up shop Thursday, taking over a former condo showroom at 363 King Street West. For the promotion, Target's first in Canada, the retailer brought in designer Jason Wu and his new exclusive collection for Target.

“We’re about a year out from opening our stores and we really wanted to start the education process for Canadian consumers,” said John Morioka, senior vice president of merchandising for Target Canada.

The temporary store, which was open to the public from noon to 6 p.m., saw more than 1,500 shoppers and sold out within five hours. Wu was onsite for media interviews and to meet the first 25 shoppers. All proceeds from sales were donated to United Way.

To produce the experiential outing, the Minneapolis-based corporation tapped event producer David Stark, who looked to the clothing line's French influence. “We wanted to turn the space into a French fantasy,” said Stark, adding that his team "borrowed from Jason's aesthetic." Inside, the playful pop-up incorporated letters, packages, and postage to evoke a trip to Paris, while exterior decor included graphic decals of columns and framed windows.

Although Target Canada is still working out its marketing strategy, events will continue to play a role for the retailer. “[Events are] really an important way for us to reinforce our brand within the community and to get the buzz and excitement for our brand,” Morioka said. “We like pop-ups, because we’re able to control the entire experience.” One clear goal for Target is to have a nationwide impact. For the Toronto pop-up, shoppers could tweet using the hashtag #JasonWuforTarget. Target also reached out to bloggers across Canada, supplying them with pieces from the collection for giveaways. 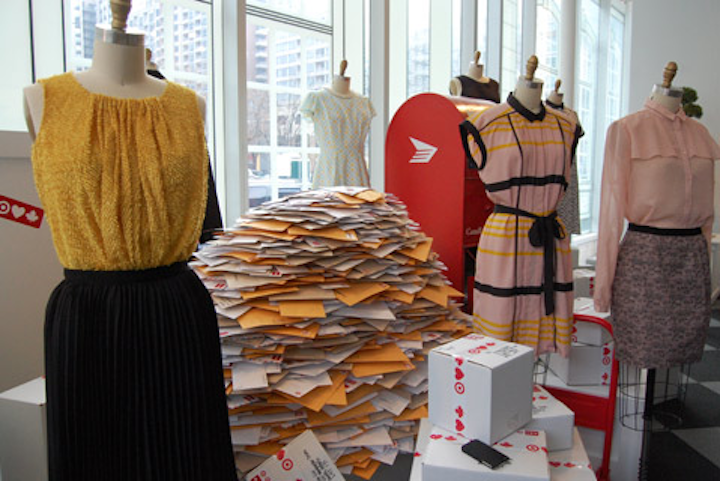 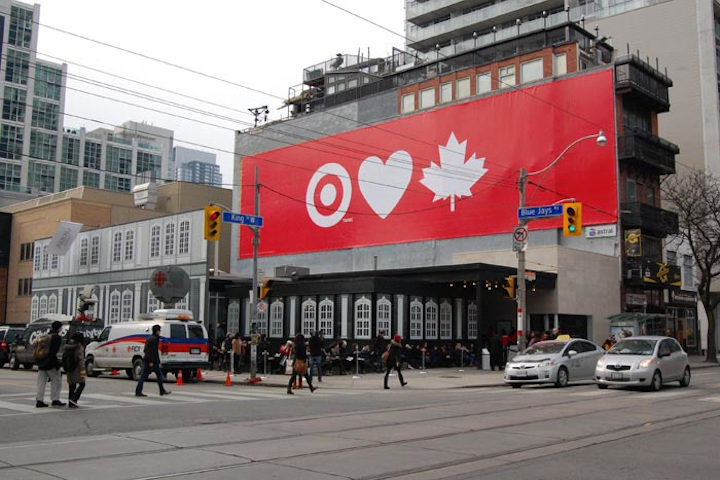 The building at 363 King Street West was clearly marked with an overhead billboard.
Photo: Carla Warrilow/BizBash 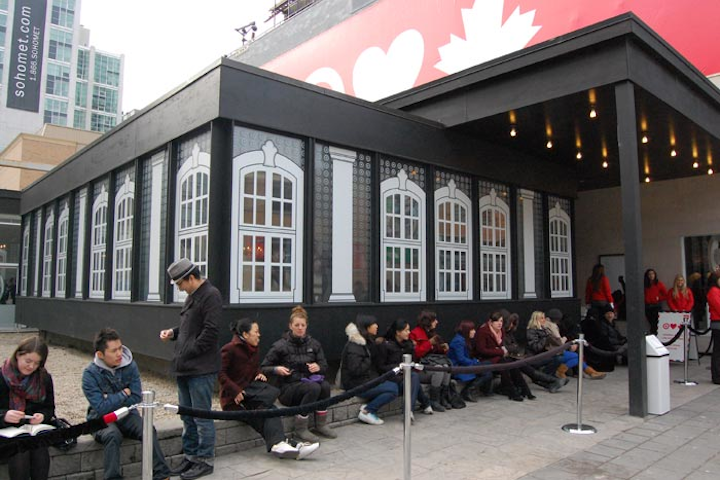 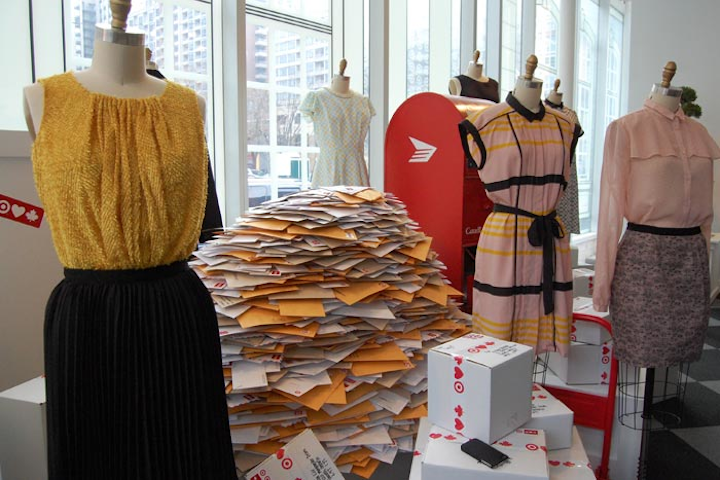 To evoke a trip to Paris, piles of letters and packages surrounded pieces from the collection.
Photo: Carla Warrilow/BizBash 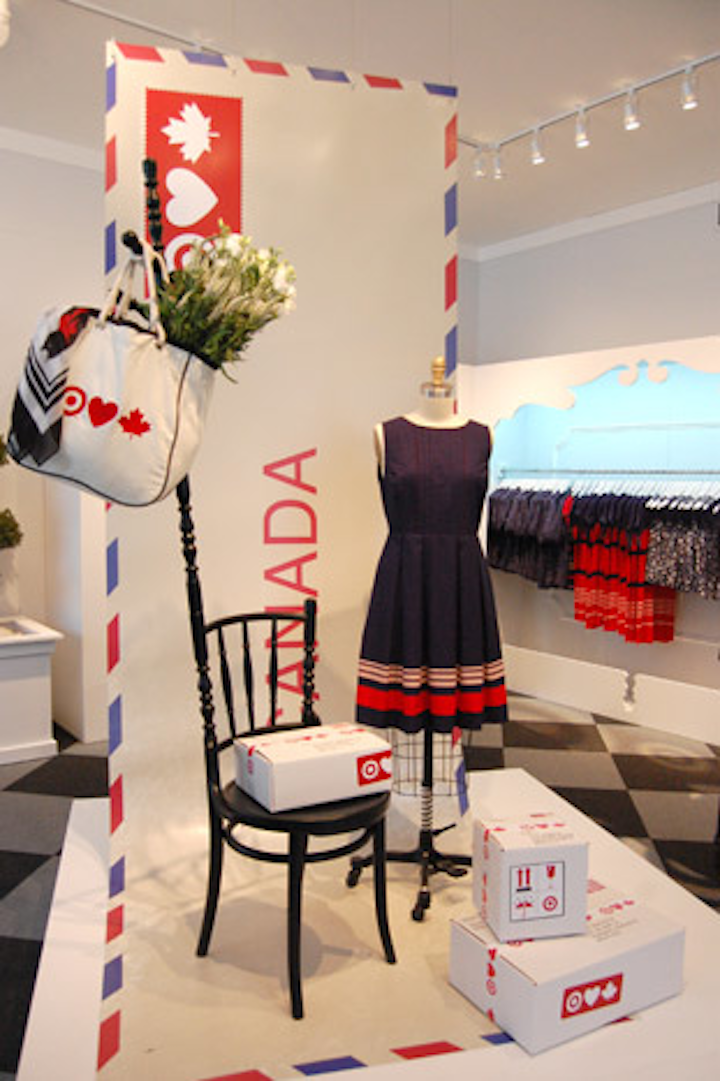 An over-size letter formed the backdrop for a vignette at the entrance of the pop-up.
Photo: Carla Warrilow/BizBash 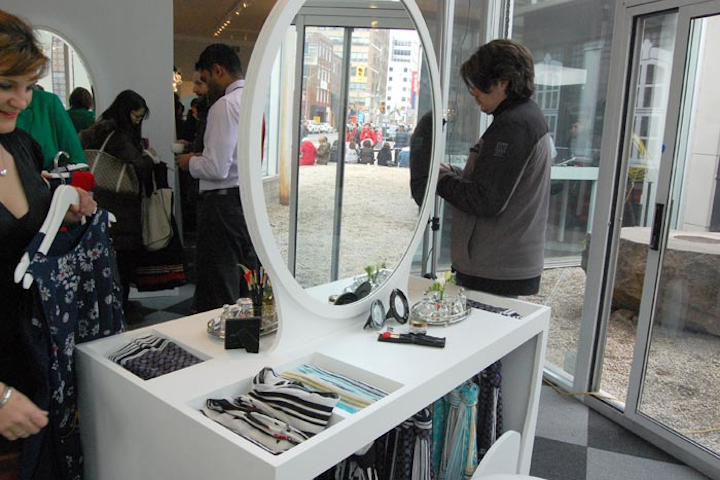 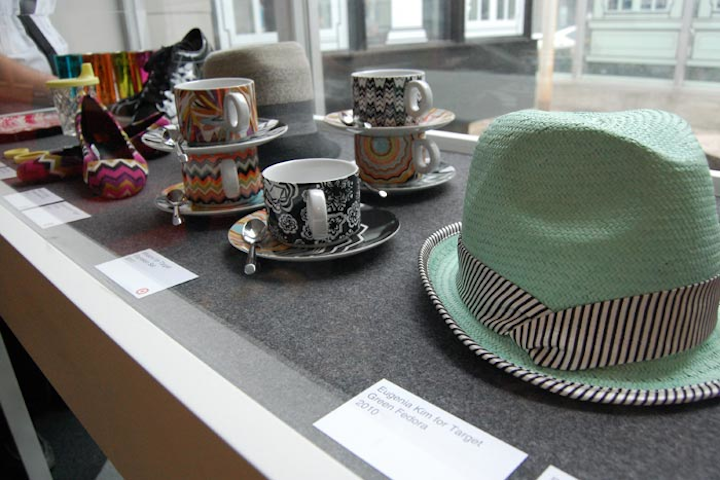 Items from past designer collaborations, like a Eugenia Kim for Target fedora and Missoni for Target mugs, filled display boxes.
Photo: Carla Warrilow/BizBash 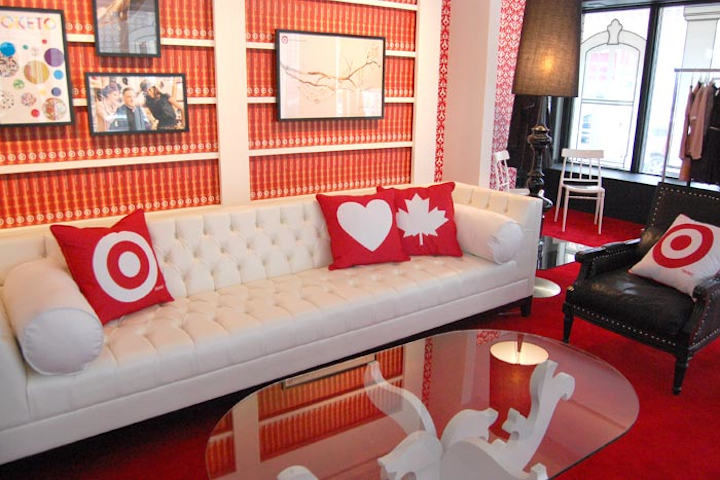 Media interviews were held in the lounge area of the pop-up. The red carpet matched the book wallpaper and branded pillows.
Photo: Carla Warrilow/BizBash 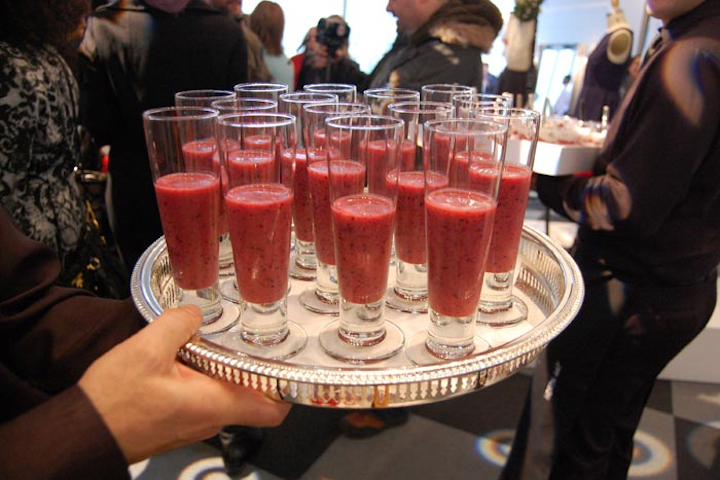 At the media event, servers passed with berry smoothies and other breakfast items.
Photo: Carla Warrilow/BizBash 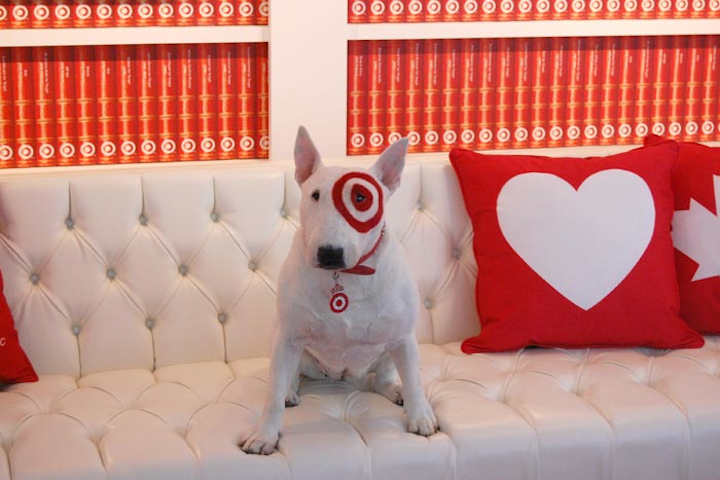